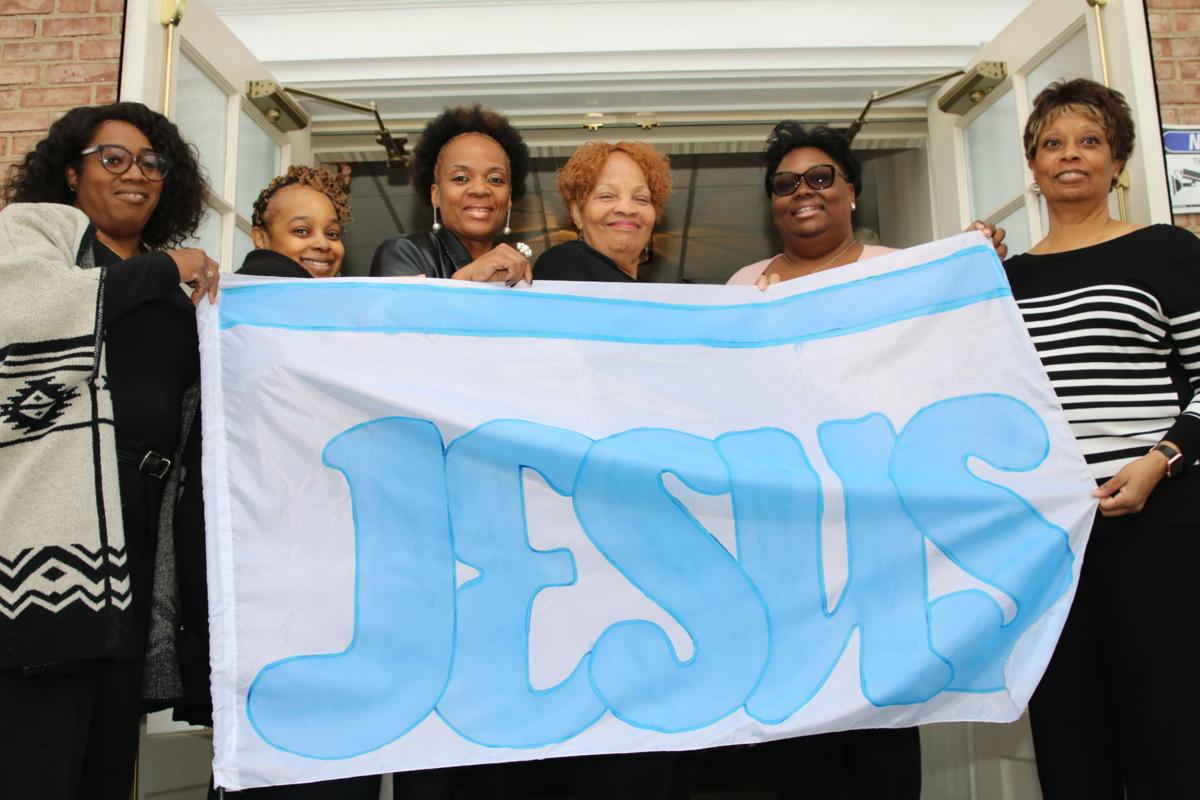 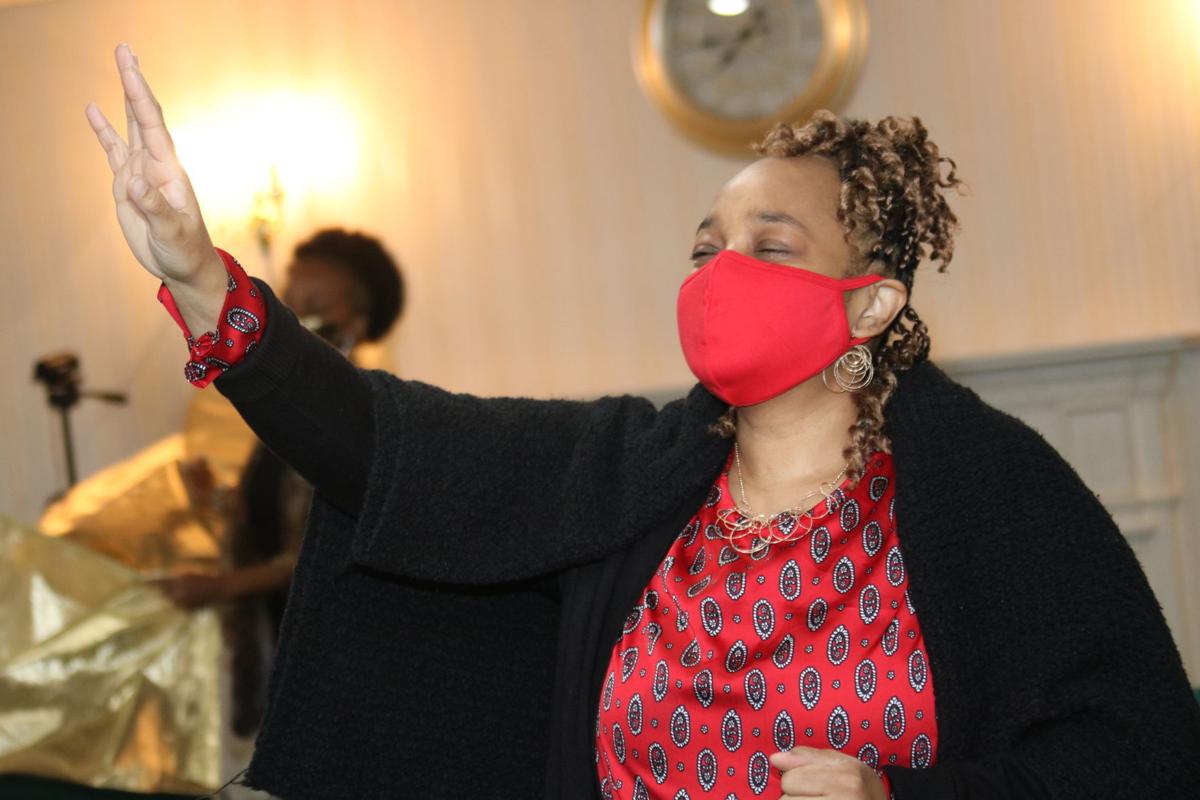 Pastor Nicole Watkins reacts to a song during service. 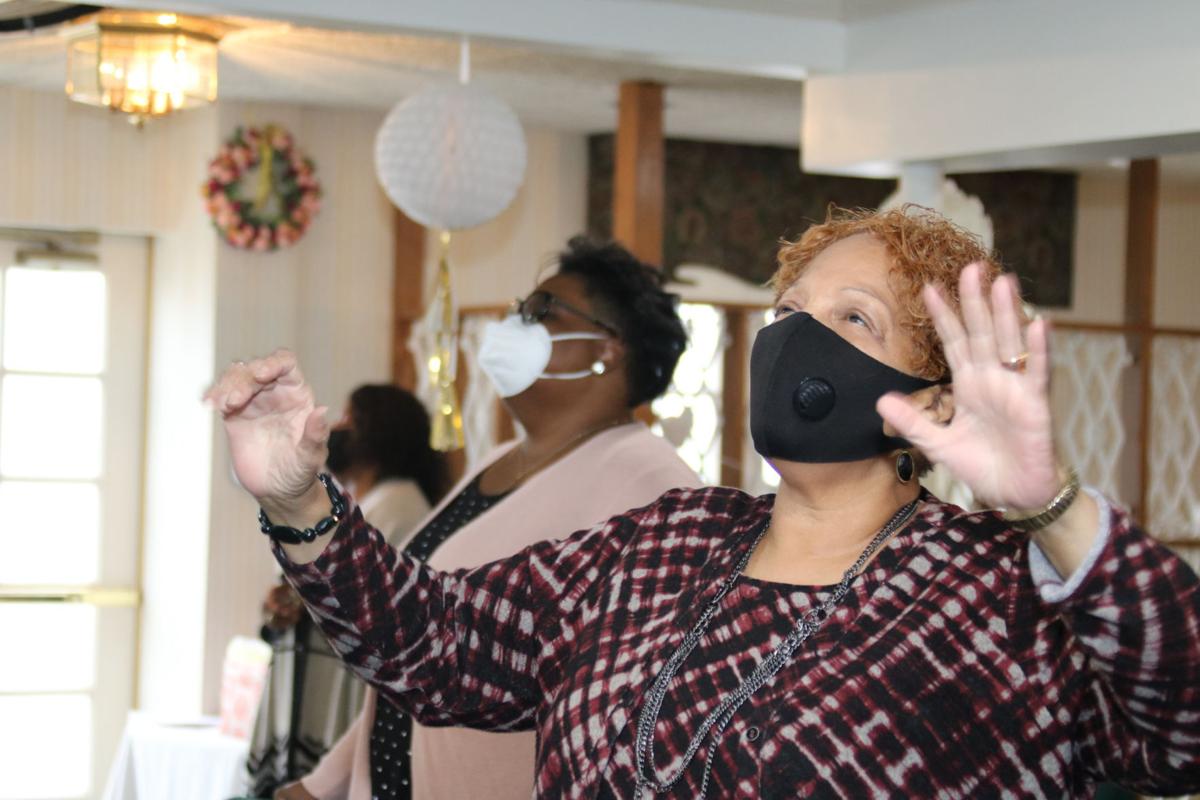 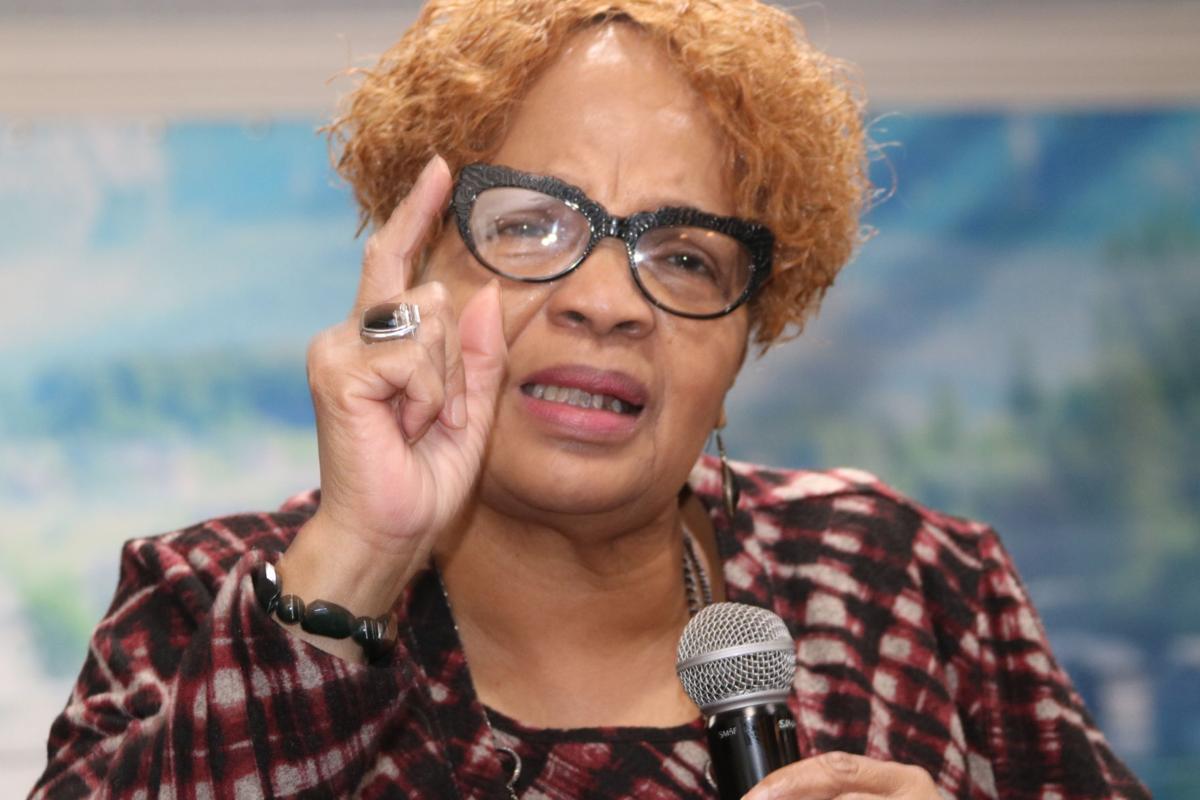 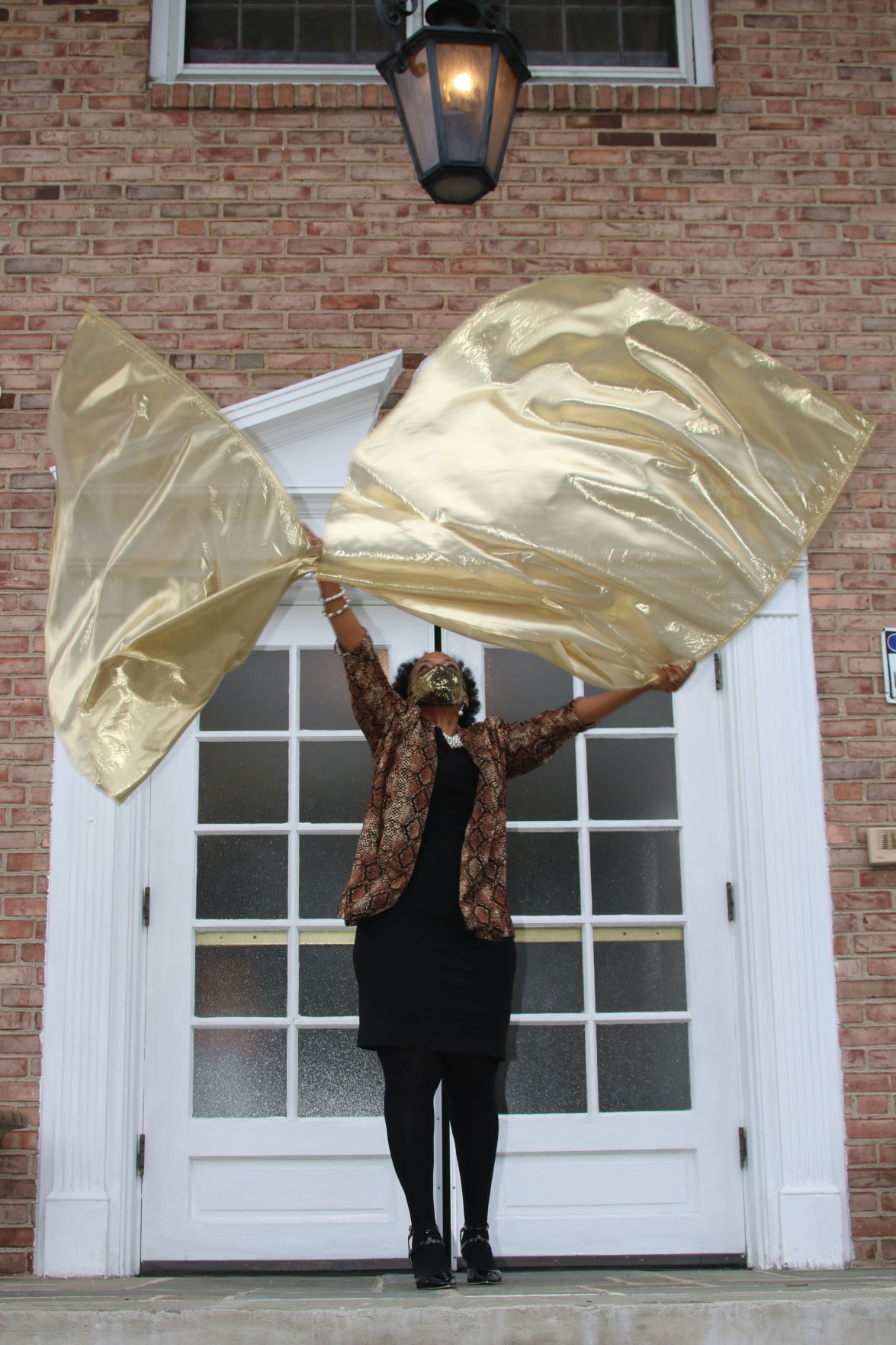 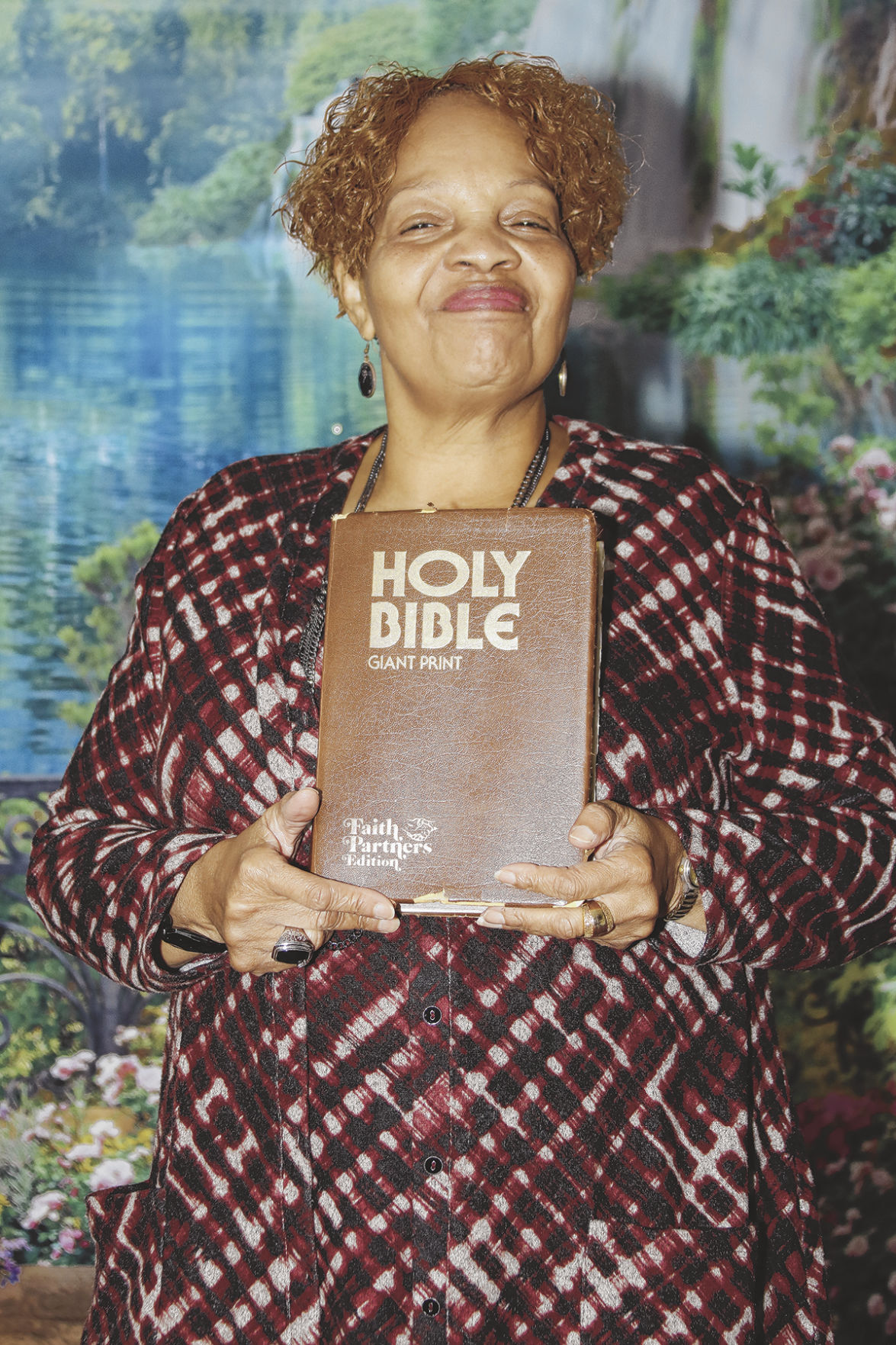 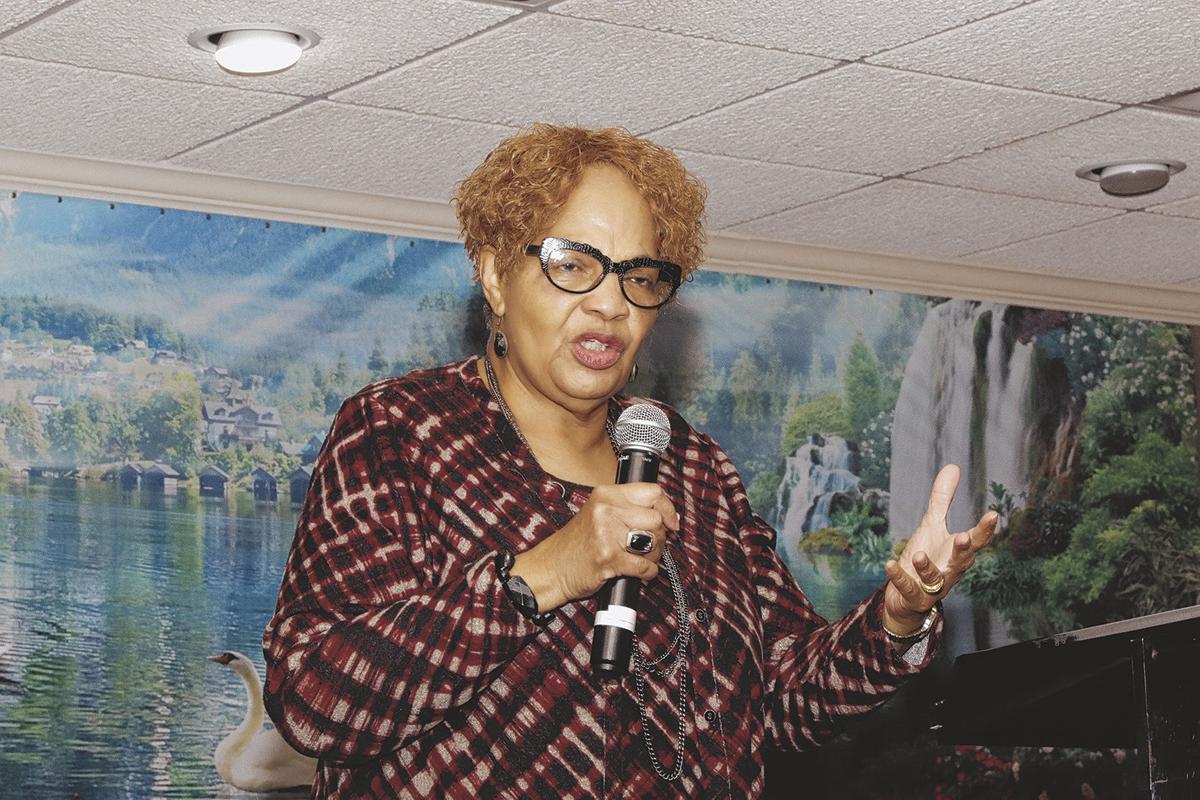 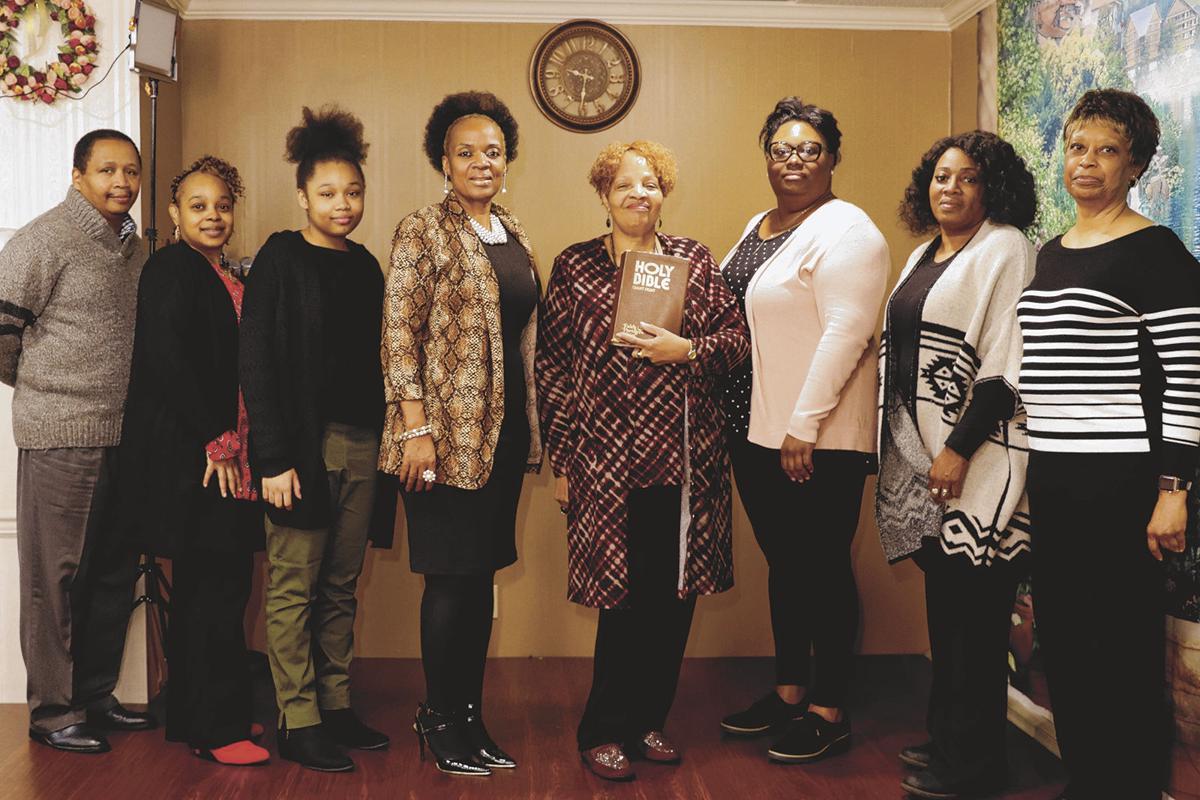 Pastor Nicole Watkins reacts to a song during service.

Apostle Mary Washam is determined to change things one prayer at a time. She wants to restore people’s faith in the church with real talks and relevant conversations.

“A lot of times we [pastors] become so spiritual that we’re no earthly good,” said Washam, founder and pastor at the Hope Christian Tabernacle Church located in the Lawnsdale section of Philadelphia.

“I find that many times we focus on the spiritual piece, but I try to stress that we are body, soul, and spirit,” she said. “I’d also like to think that we’re able to empower a lot of people because of our real talk program.”

Sunday services are held in person at 6902 Rising Sun Avenue and streamed via YouTube.com. Bible study takes place virtually on Tuesdays. Since restrictions have been put in place due to COVID-19, one of those Bible study Tuesdays are marked out for ‘real talk’.

“We have Bible study once a week on Tuesdays and [the third] Tuesday, I’ve designated as real talk,” Washam said. “I did that purposely because, I think a lot of times as a church we don’t talk about issues that are important. I believe in preaching the word, even teaching the word, but we live in a real world,” she said.

Washam started the real talk program during the beginning of the coronavirus outbreak.

“I actually began to talk about the virus and [asked] how it has affected people,” Washam said. “How they feel as a church member. Do you feel that your faith is being challenged or that you have to act like you’re brave and don’t mind being around other people, or are you really afraid?

“I did that for four weeks and I got such an overwhelming response. People were actually saying how fearful they were and I began to tell them there’s nothing wrong with that. It is about being honest. Then I took some of the weeks and literally started talking about voting and the voting process.”

According to Washam, the real talk conversation attracts both members and non members, people in the community as well as people from other churches, cities and states.

“Our ministry is small, yet strong in faith. Having our Bible study and real talk conversations is such a powerful thing for us because we’ve gotten people from Florida, Georgia, North Carolina, and Texas,” she said.

Washam believes that these sessions are successful because people truly come as they are. Often in their pajamas. She’s also mentioned that it is important not to preach at people but rather connect and support.

“A lot of people from other churches come online and really welcome these conversations because it is a dialogue and I’m not the only one. They get a chance to ask questions and have some input. I tell you I would have to get them off the line,” she said jokingly.

“I try to pick topics that are current. Things I think people are interested in. I’m going to be doing something on domestic violence and stop the violence, because I work with the city of Philadelphia’s Cease-Fire program.”

“So I’m going to be discussing different topics that we’re both interested in,” she said. “We’ll be addressing trauma and stress. Which a lot of people were stressed because of the violence. So, I really go into topics about mental illness and health.”

“Real talk is very good,” said Deacon Dennis Crawford, an 11 year member of the Hope Christian Tabernacle Church family. “We get to talk about COVID, racism, things that bother people, and topics that we don’t often get to discuss during church.

“It really helps those who just want to get things off of their chest. They get a chance to speak and hear different views and opinions. These are things that help you with your struggles.”

The real talks also fall in line with the pastor’s better together initiatives.

“Better together is the name of my business, I’m also a counselor, author, and life coach,” Washam said.

One of her long term goals is to increase opportunities for partnerships. Mostly through collaboration, joint initiatives, information and resource sharing.

“One of the things that I’m always talking about is how we are better together,” Washam said. “I don’t have all of the skills and talents that you have but if you would come alongside me, together we can do so much more. We can help our community. “When you break it down, community is come and unite, that’s really what it means, let’s come and unite.”

In a effort to improve social challenges and to make Philly better together, Washam has worked with the Black Clergy of Philadelphia and Viacinty to address gun violence and plan preventative strategies in areas like Germantown.

She has recently organized a Go Fund Me campaign to provide 100 ppe essential care pouches for teachers in area schools and is in the process of training other pastors for ordination in the event that she is absent or decides to take some time off to work on other projects or on some of her own personal goals.

“We started gathering a lot of the clergy and asking clergy to think about becoming more involved in the community in which their church is located, said Washam. “So often, the pastors don’t live in the community. They only come to that community on Tuesday and Sunday.”

“They’re just so far remiss as to what is going on in the community and we have to become more relevant. Not just about having service.”

In preparation for her upcoming Sunday service Washam said “ I’m keeping in mind that number one prayer does change things. I believe we need to begin with prayer and really focus. Not to mention, unity, we have got to come together.