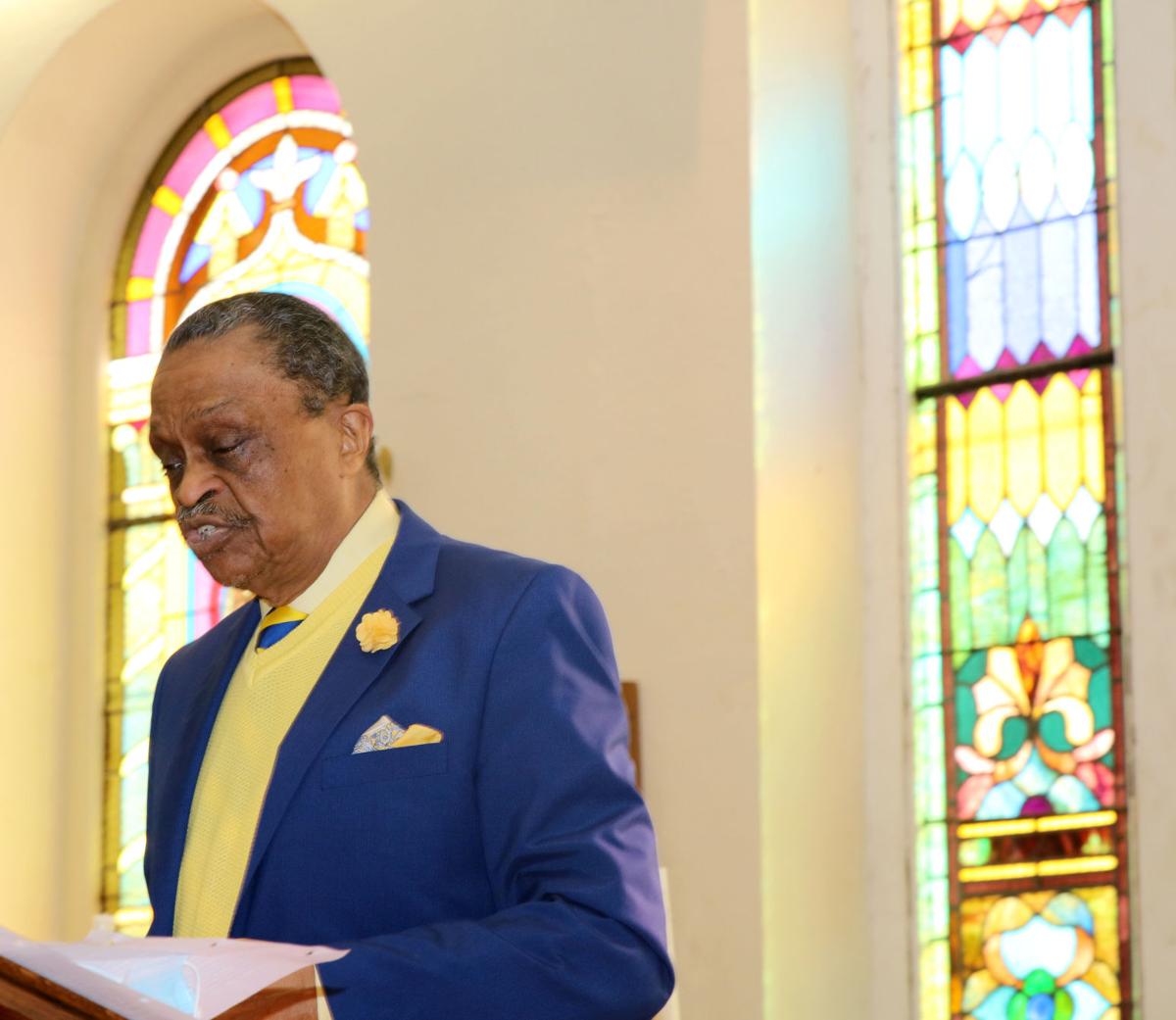 The Rev. Robert Collier Sr. participates in a ZOOM service. 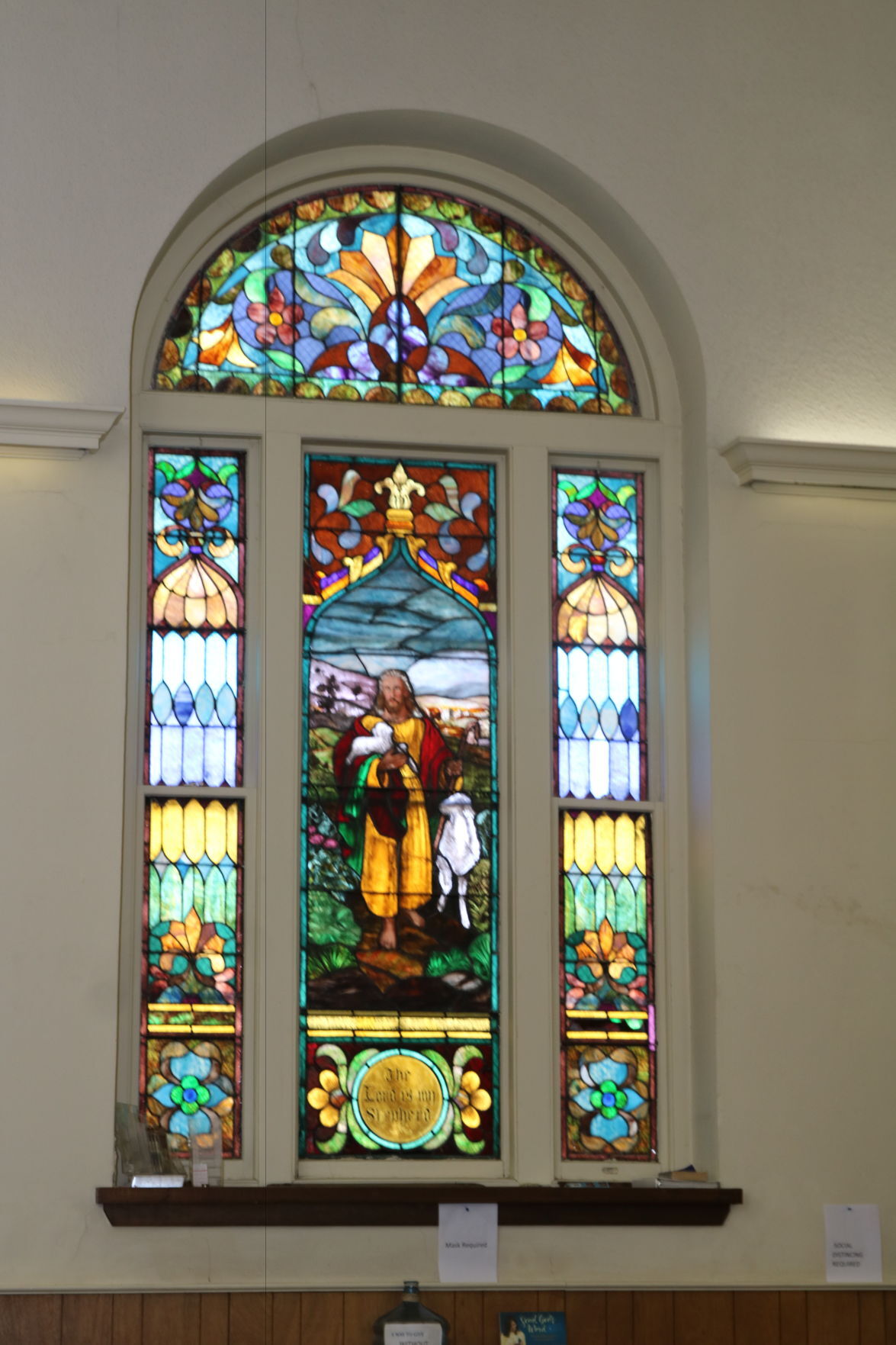 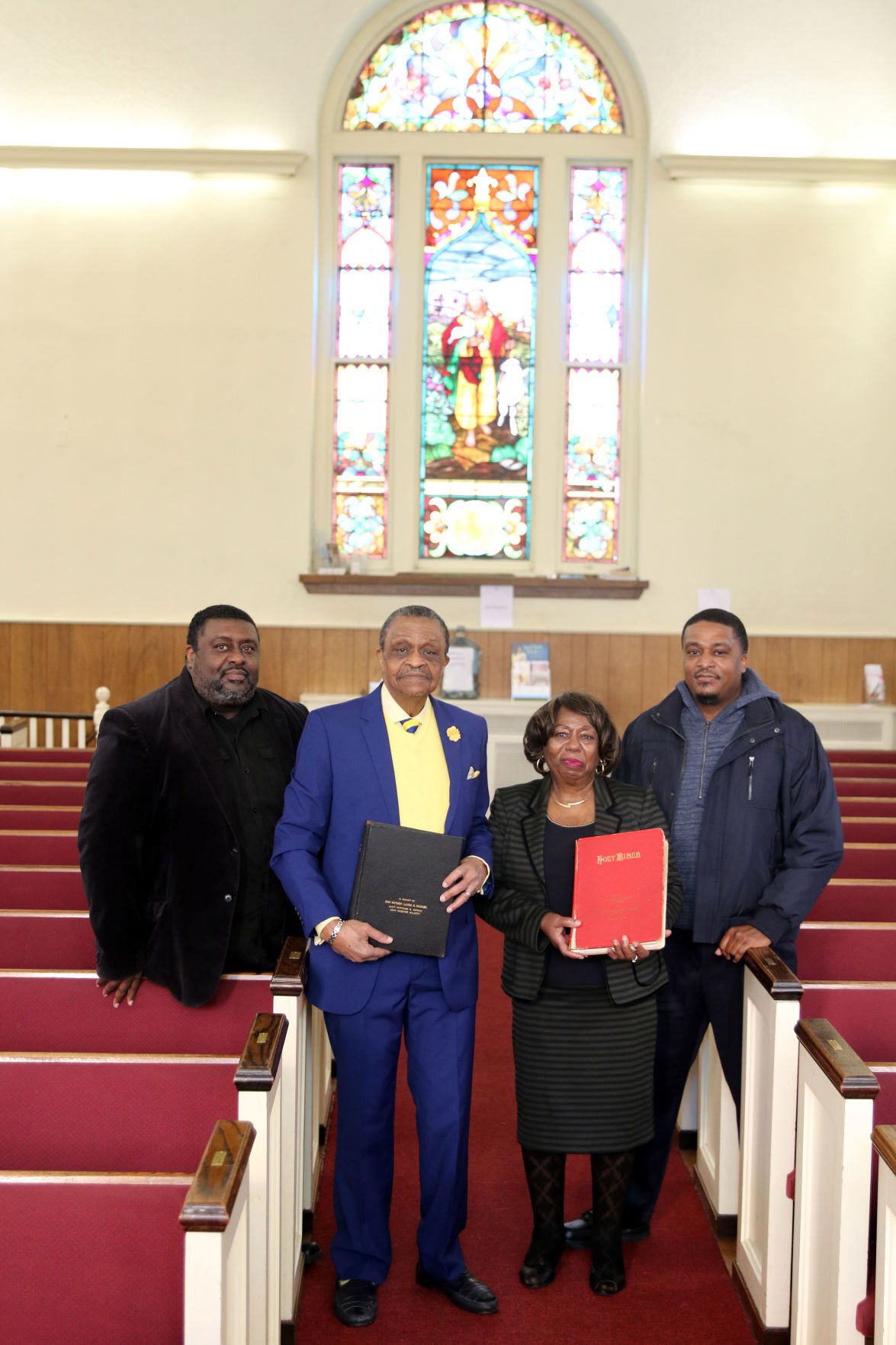 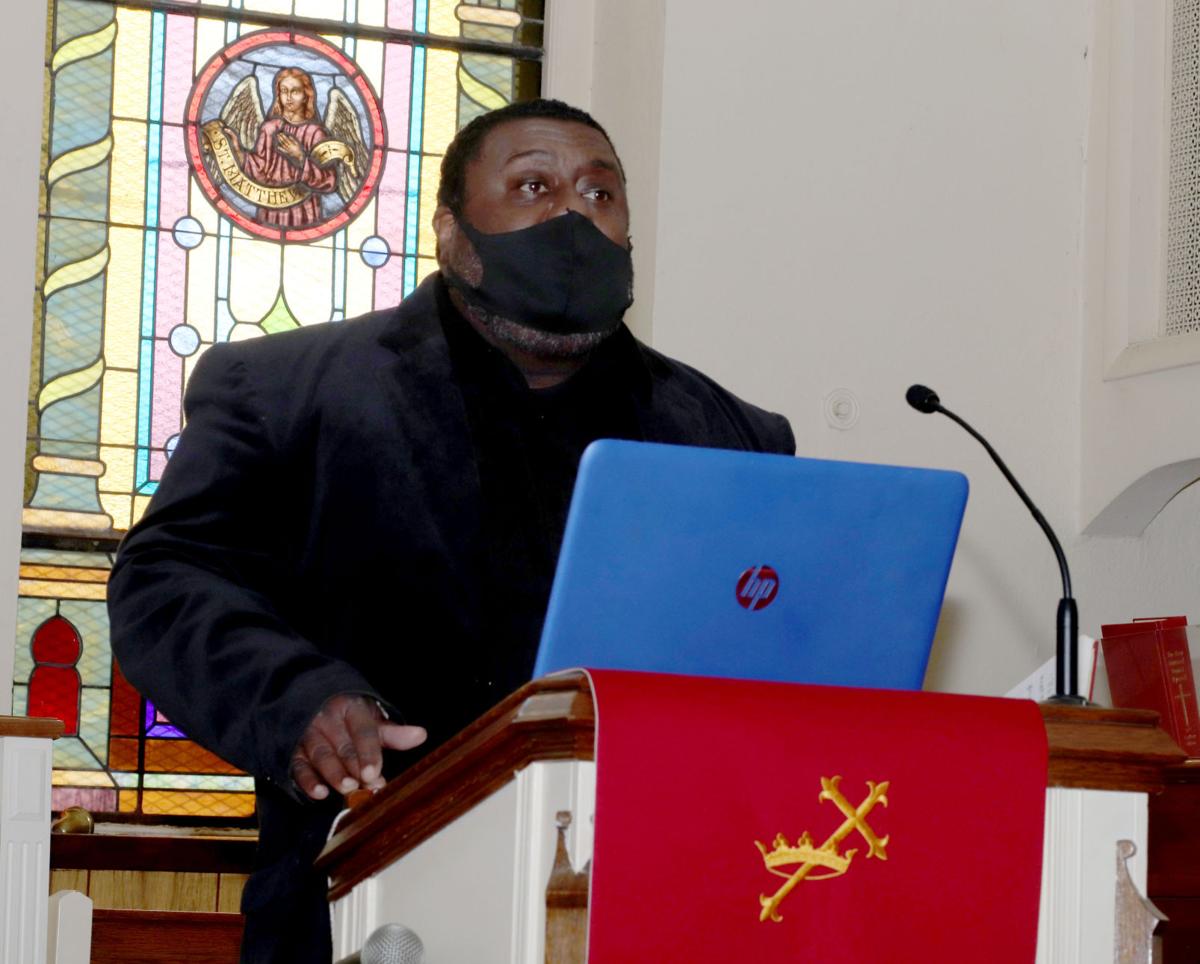 The Rev. Robert Collier Jr. calls the church to worship. 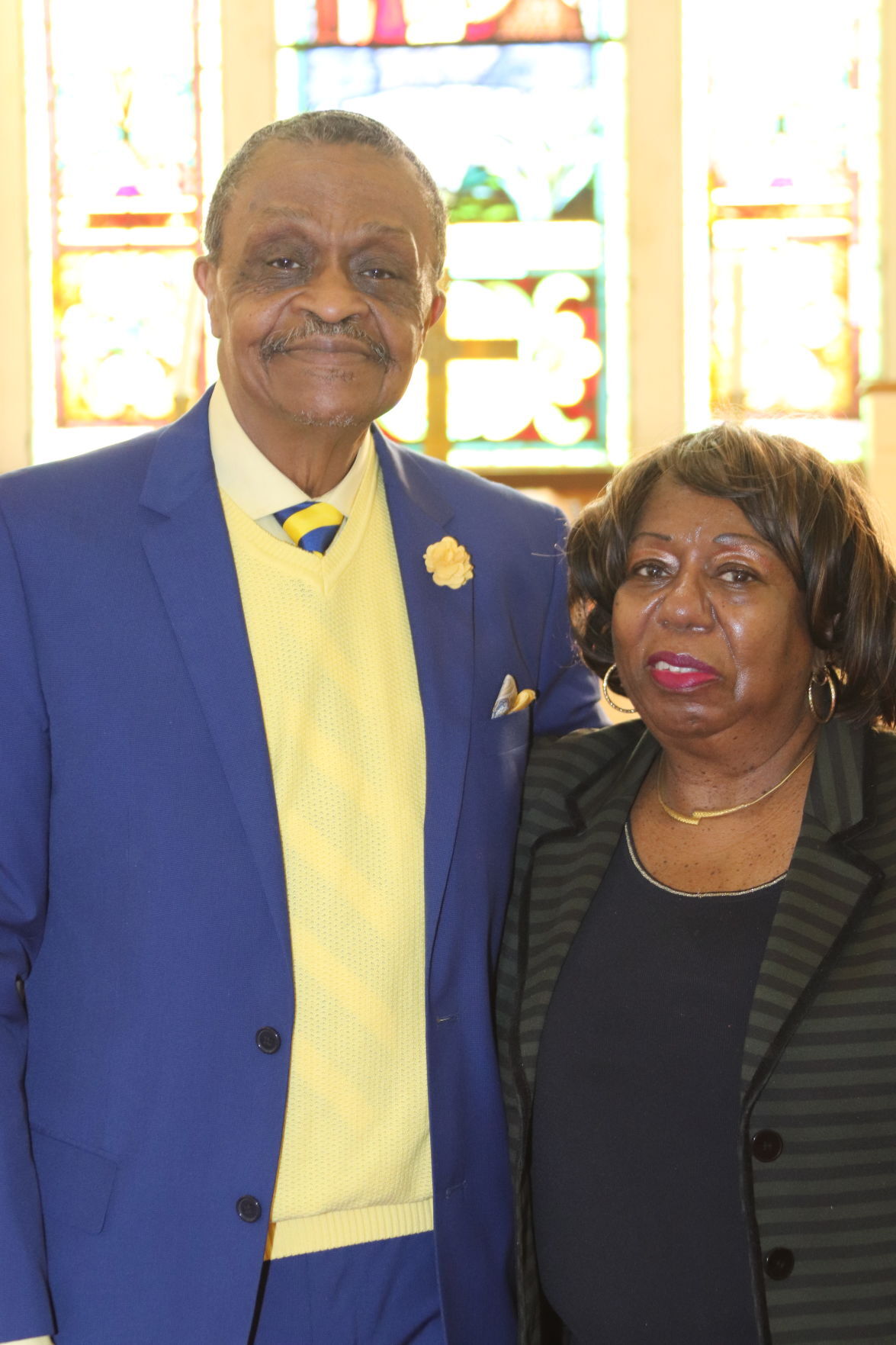 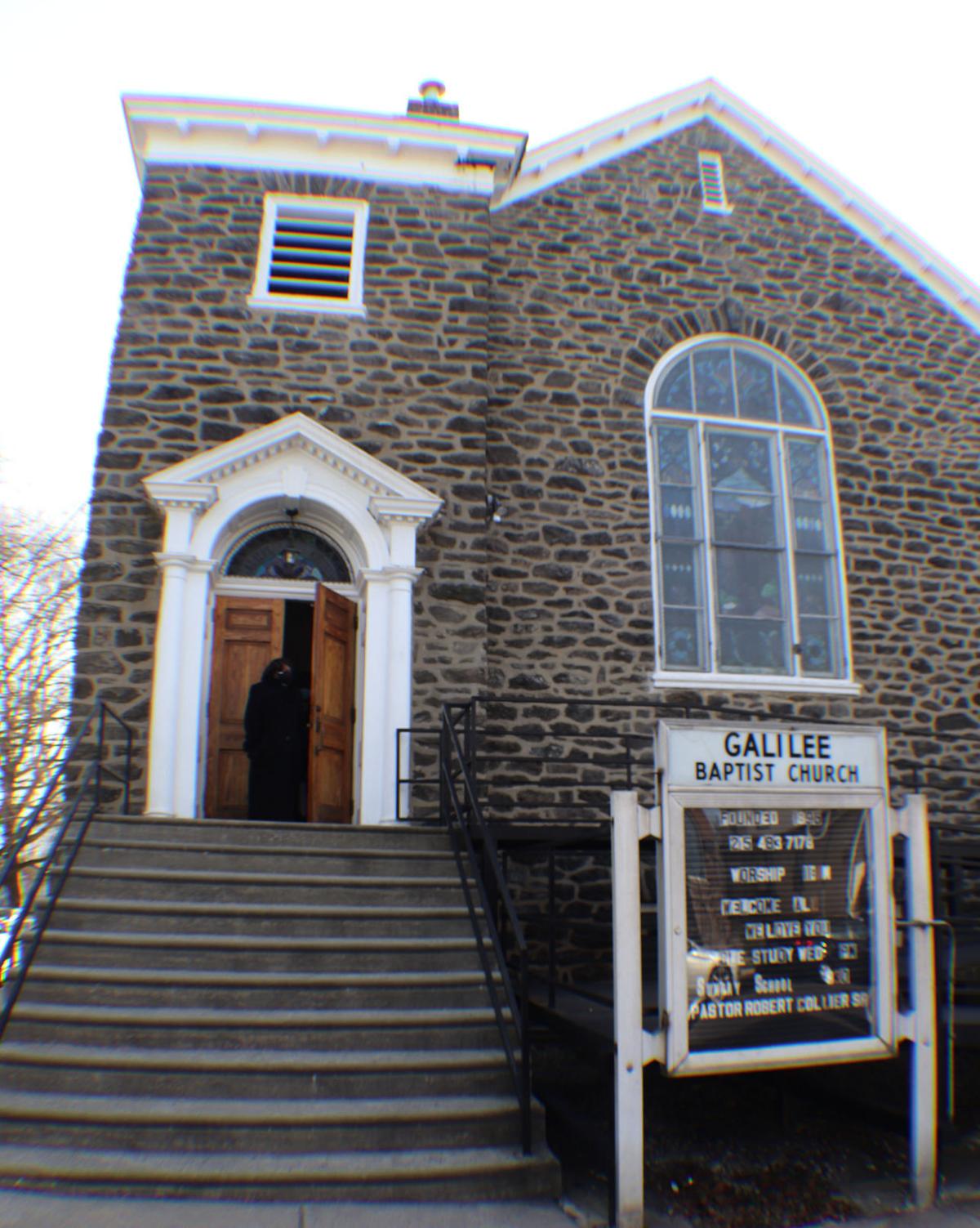 The Rev. Robert Collier Sr. participates in a ZOOM service.

The Rev. Robert Collier Jr. calls the church to worship.

Standing at the corner of Roxborough Avenue and Mitchell Street is one of the city’s oldest and historical Black churches.

For a building to be uniquely small in dimension, its impact across the city of Philadelphia has been hugely progressive in nature. Particularly in education, civics and politics, as well as community and government affairs.

“In August this year we will celebrate 125 years,” said the Rev. Robert Collier Sr., pastor of Galilee Baptist Church. “We started in 1896, with Rev. Graham and a few of the people in the Roxborough area.

“It is a historical church [and] I think it was one of the first churches that had made it available for African Americans to worship.”

The Galilee Baptist church was started in a home in the Roxborough section just a couple blocks over from where it’s located today.

“There was a small group of Black and Brown folks who were in Roxborough who wanted to have a mission. So they started a mission a few blocks from where the church now stands,” Collier said. “They built a church and it’s been there all these years.

“We’re like a small group of Black folks in the midst of a very diverse community. We have been there proclaiming the gospel, ministering to the people, and helping them throughout the years. There is not a Black or Brown person in Roxborough or Manayunk who do not know about Galilee Baptist Church.”

Collier added that, “many of whom were baptized there, were members there and years later they may have gone somewhere else but their roots started at Galilee Baptist Church.”

Collier has served as pastor for 30 years. He is also the president of the Black Clergy of Philadelphia and Vicinity, Inc..

“Since I’ve been the pastor one of the things that has made us distinctive is that we’ve always had a diverse congregation and are a diverse congregation of Baptists,” Collier said. “We’re in the midst of a high population of Roman Catholics but we have been able to survive as a Baptist organization because we have looked beyond denominational ties. We just minister to the needs of the people irrespective of their doctrine and denomination.”

Colliers describes his congregation as a bunch of believers who believe in the gospel of Jesus Christ.

“We love one another,” he said. “Loving thy neighbor and going into all the world to preach and teach the gospel. That’s what we’ve been doing for the past 30 years. My predecessors always had the notion that God had put us there on that corner for a purpose and that purpose was to serve the people of the community.”

It is what the church strives to do all throughout the year and what is believed to be the key to their longevity.

“There are churches that have fallen by the waste side, they closed up and they’ve left but by the grace of God we’re still hanging on because I think we’re still relevant,” Collier said. “We’re still holding on to the principle of why we were started. We started to be a voice for the people and we continue to be that voice.”

Collier was raised in the Zion Baptist Church at Broad and Venango streets under the pastorate of the late Rev. Leon Sullivan.

“I was ordained there and I was an associate minister there when Dr. Sullivan retired,” Collier said. “Pastor Gus Roman became the pastor. Under his pastorate, he introduced me to Galilee Church.

“I didn’t know anything about Galilee Church but he asked if I would submit my application and I did so. Long story short, I was selected and I was called.”

Collier shares that there were some challenges coming from a big church like Zion Baptist Church and ministering at Galilee.

“My challenge was trying to utilize my training and the things that I learned in the big church to help the little church grow. Just because you are a smaller church doesn’t mean you have to think small.”

During the pandemic he encourages the congregation to, “always think big and go for the big picture.

“Always realize that you are more than what you can see and more than what you conceal. That philosophy has stayed with me throughout all of these years,” he said. “As long as you have that mindset you won’t be limited by the size of your congregation but you’ll be able to do based upon your heart, experience, education and resources to reach far beyond what your fiscal limitations or environment.”

Collier shared that he also wants people to realize as clergy, and particularly Black clergy, they’re concerned about the welfare and well-being of all people, but specifically the Black and Brown folks who are left out or left behind.

“And sometimes forgotten,” he said. “We want them to know that we’re here to ensure that they have a voice. For those who are voiceless we want to be their voice. We partner with the stakeholders, the elected officials, corporate America. Whoever we need to be in touch with.

“We let them know what our people want and need. We act as a conduit between the two, between the elected officials and the community, between corporate and the community, making sure that each person knows what the needs are and that these needs can be met. We don’t believe that our people can be successful in life without advocates, people routing for them, people working for them, or people showing them and offering them what they need.”

According to Collier, “information is power, and you have no power if you have no information. So we want to give people information and then show them how to utilize it properly,” he said.

Due to the pandemic, the Galilee family worship online and are managing to help one another in stay in touch as best as they possibly can.

“I’ve always embraced technology,” Collier said. “I make sure that my people know what we’re doing through Instagram, Twitter and Facebook. We had to learn to do things differently and be able to keep in touch because a lot of our seniors feel disconnected and some don’t embrace the technology.

“They’re utilizing a phone line also for seniors. For those who don’t have knowledge of technology we’re encouraging them to talk to their grandchildren because everybody’s grandchild can work anything in technology.”

Lifelong member Elizabeth Cooper joins online with the help of her daughter. “I’m 83 years-old, and was raised in the church. Christened at two months old,” Cooper said. “My daughter helps set me up and online I still get everything I need and all of the encouragement and love.”

Collier is thinking positively about the future.

“We’re hopeful that things will change to a degree but we know that we will never go back to what we used to do,” he said. “For now, we’re working with what we have.”