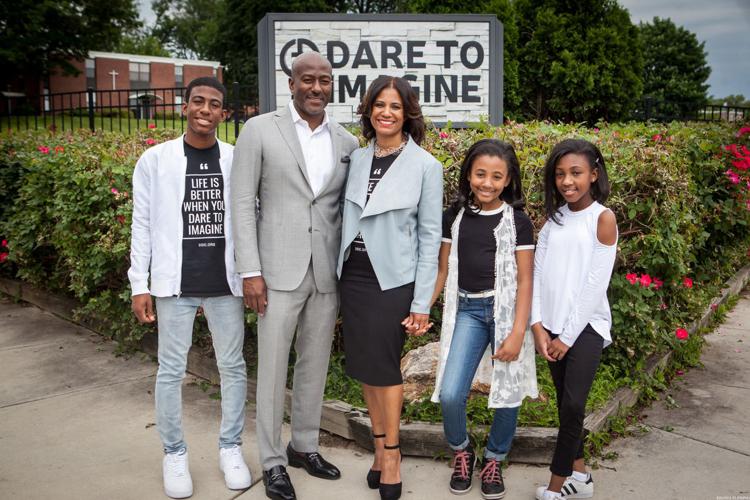 Dare to Imagine Church at 6610 Anderson St. is now in its fourth year. — SUBMITTED PHOTO 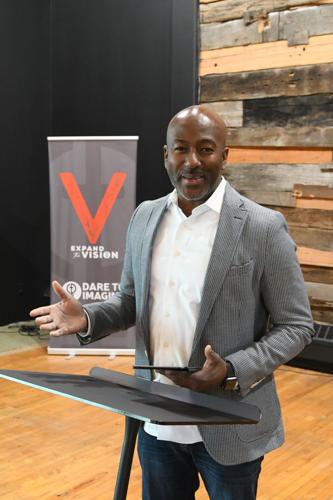 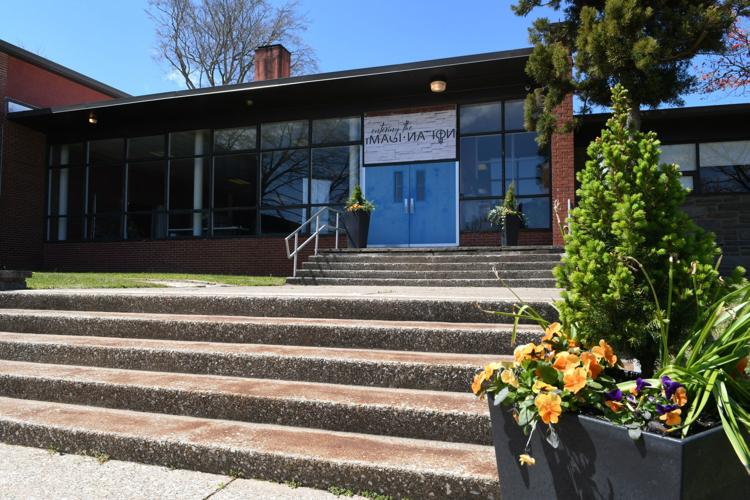 The Dare to Imagine Church is at 6610 Anderson St. 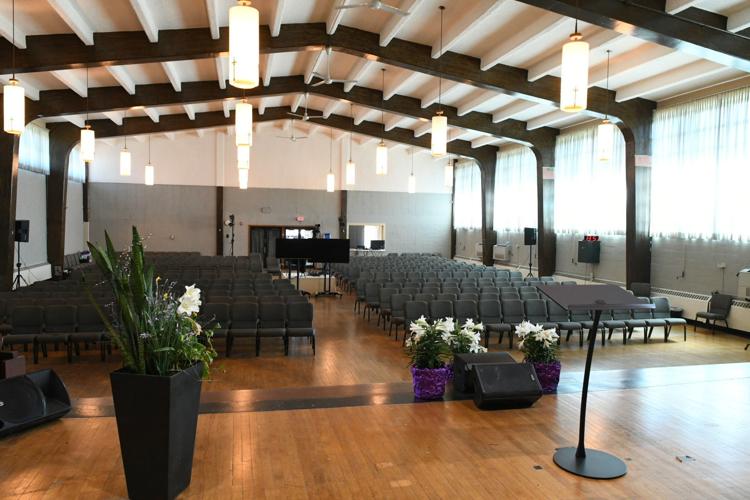 The sanctuary area inside the Dare to Imagine Church. 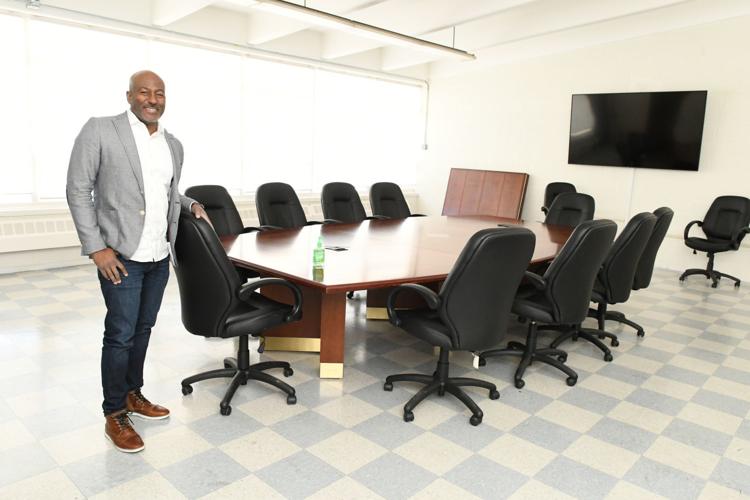 The boardroom is used for business meetings at the church. 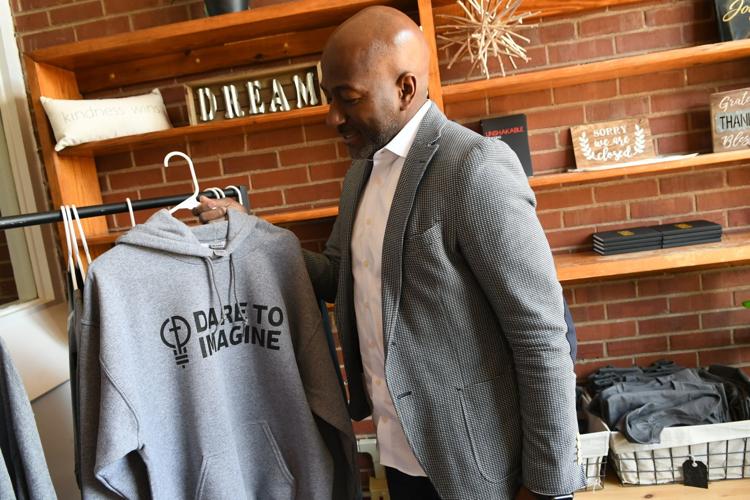 Dare to Imagine Church at 6610 Anderson St. is now in its fourth year. — SUBMITTED PHOTO

The Dare to Imagine Church is at 6610 Anderson St.

The sanctuary area inside the Dare to Imagine Church.

The boardroom is used for business meetings at the church.

With the COVID-19 pandemic forcing many faith-based groups to cancel traditional worship services and gatherings for virtual online services, many churches have overcome a technical learning curve to meet new conditions.

Dare to Imagine Church, Inc. at 6610 Anderson St. had no troubles going digital during the pandemic because it was already digital. Now in its fourth year, Dare to Imagine held traditional church services and hosted ministries, fellowships and other activities at the church while holding a strong digital presence.

“Under the circumstances, God is still blessing,” said the Rev. Kevin R. Johnson, pastor of Dare to Imagine. “We have a congregation that is still weathering the Coronavirus pandemic and have become very engaged in our online platforms and we stream out, and have streamed out our worship services.

While the church has always had a strong online presence there has been one difference:

“We’ve taken everything online; our Kids Zone and all of their curriculum is online, and I conduct my Bible study on Zoom and also post them live on Facebook. We have what we call ‘small groups’ and they meet virtually via Zoom so some of this stuff we have already had before Coronavirus.”

Dare to Imagine was ahead of the curve technologically which made the church well-prepared for social distancing.

“Some people say, ‘Pastor, you saw this coming’ and I say, ‘no, I was just preparing for the future,” Johnson said.

And the church has its own downloadable app to prove it.

“The church has a Dare to Imagine Church app and even before the virus, 85 percent of our membership was giving via our app and through online giving,” Johnson said. “With this we have been continued to be a blessing to others.

“We didn’t have to make a transition because our membership was used to it.”

Johnson doesn’t just lead his church into 21st century ministry, he extends the same invitation to other churches.

“Now the church is really moving from being an analog church to being a digital church and this is a moment in which the church has been forced,” he said. “They didn’t decide they were forced, to be innovative and to be creative.

This was the foundation and mission of Dare to Imagine whose very name speaks of its aspirations to go above and beyond the norm.

“This is uncharted for every church, for every pastor and what we once knew about church is no more,” Johnson said. “We are now a part of the internet church and it is not going to change.”

“What I would say to other pastors is that God has blessed all of us with an amazing opportunity to place the gospel in places where it has never gone.”

As a minister and leader, Johnson sees his call as not only serving his congregation but also the church overall. Dare to Imagine does so by helping to prepare and equip other churches to become technologically capable of 21st century ministry. It does this through providing scholarships to other churches.

“Because were already streaming, we felt we needed to help other churches to get the technology that they needed so we have an initiative where we are helping churches, giving them, $1,000 micro-grants,” Johnson said. “And we’ve already given them to 5 churches.”

These grants will help other churches purchase equipment so that they can get online and establish an online presence to keep their ministries relevant.

“I don’t want there to be any reason why they can’t keep in contact with their congregations,” he said. Nikkisha McCrea and her husband have attended Dare to Imagine for two years and joined 8 months ago. Prior to attending Dare to Imagine, Nikkisha said she had a period where she took a time out from formal church attendance.

“I continued to pray, I continued to read the Word, but I didn’t do church,” she said. “We actually met pastor and his wife at an event and we felt a warmness, a genuineness from them. And when we found out they were part of a church and a pastor we said ‘let’s check it out’ and the rest is history.”

Leon McCrea II, said he wanted a church similar to the one he grew up in. He believes he found it at Dare to Imagine.

“I think the most important thing [about Dare to Imagine] was the intimate feel,” he said. “What I most wanted was a church that mirrored what I found in my childhood which was to go into a place and everyone knows you, your pastor can easily identify you in a crowd, your children are known and there’s a real sense of intimacy and when you’re not in church you’re missed.”

Crystal Eley has been a member since June. She said she just graduated college and accepted a job in the area and was looking for a church.

“it’s the weirdest thing, I was walking through Walmart and talking to one of my cousins and telling them I was looking, or a church and they are kind of hard to find,” Eley said.

“I went online and checked them out to make sure that they lined up with my beliefs, and they did, and so I went that following Sunday and ever since I have been connected to Dare to Imagine,” Eley said. “I am so happy.”

“I was with him [Johnson] at his prior church in Philadelphia and when he moved to create Dare to Imagine, I joined him because I lined with the vision of a 21st century church that is moving and having a mission and not just religion.” Ewing said. “From the inception of the church they recognized the importance of meeting people where they are, leveraging technology and having a very service-oriented focus and it is Christian and Christ-based.”

Photos: Dare to Imagine Church, a new digital path for the gospel