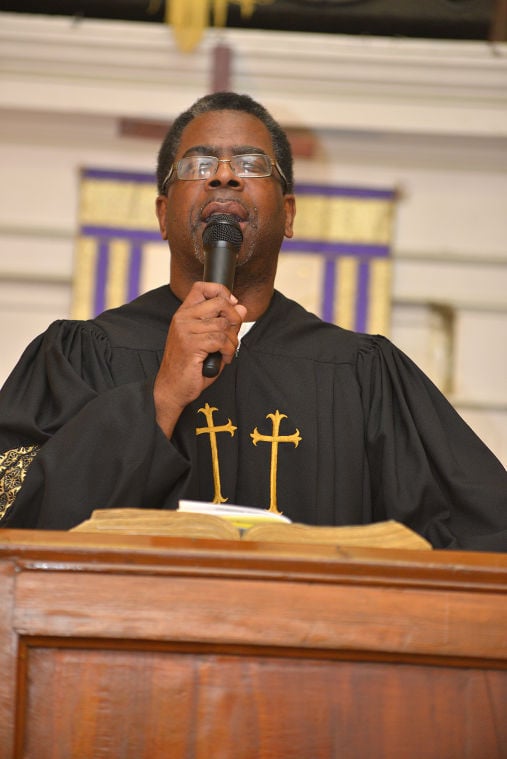 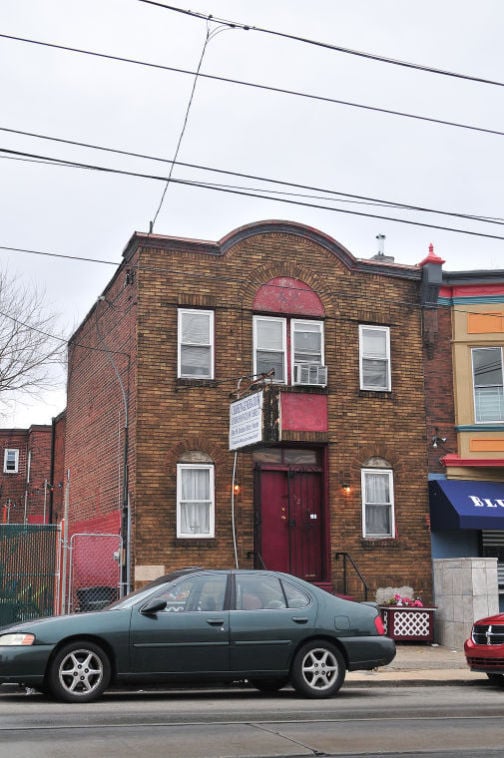 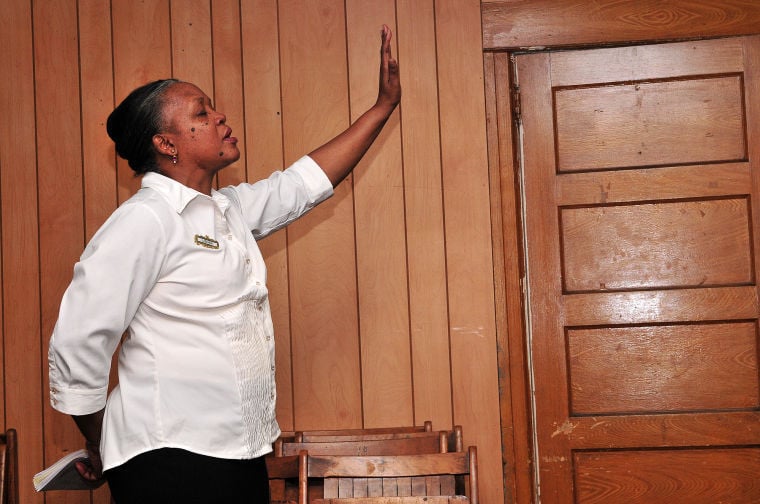 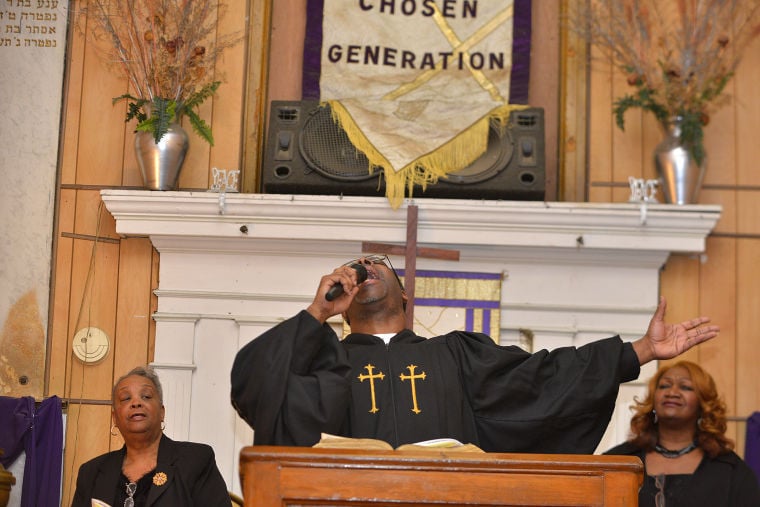 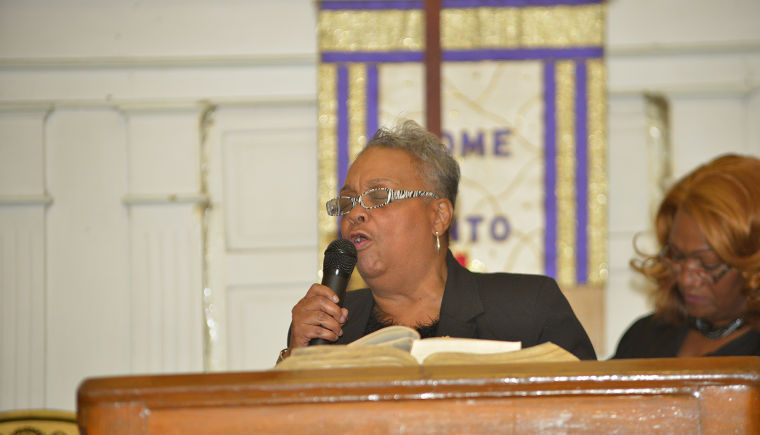 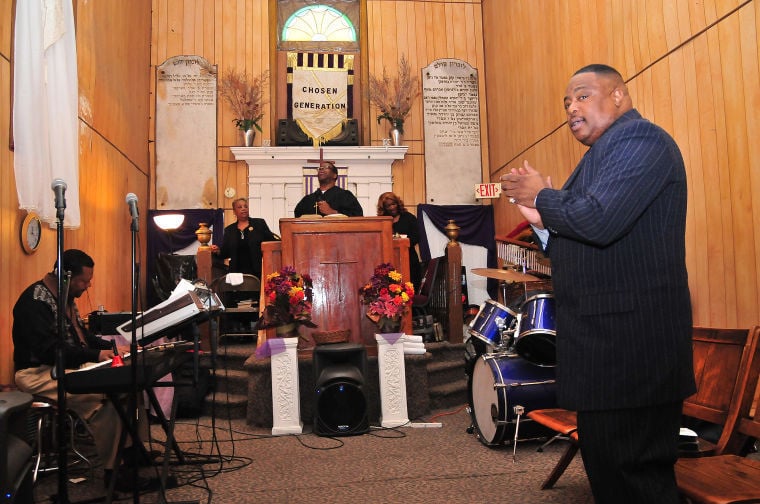 Chosen Generation Church of God in Christ is a place focused on making life better for whomever it can, from men who are looking to be part of something, to impoverished babies in the Dominican Republic.

Established 18 years ago, the church conducts its work and worship in an older, standard-size row home in Southwest Philadelphia, its home for about 13 years.

“Chosen Generation is an explosive church,” said Deacon John Jackson. “We like praising Jesus in here. And it’s a family church where love comes first.”

Jackson has been a member of Chosen for three years and said throughout this time he has witnessed greatness in each aspect of the church — the pastor, he said, has a “passion” to win souls, the women’s ministry, which he described, as “awesome”, and throughout his membership,said, he has grown to be a better person.

“I wasn’t an angel,” he said. “[Chosen] made me a better man, spiritually.” Jackson added that Pastor Jeffrey Goodson’s efforts to encourage more male involvement in the church has been especially inspiring. He’s attended a male conference that the church participates in every year, where he says he was able to learn “how to live a proper Christian life.”

“We really want to get them involved in the ministry,” said Goodson. “That’s so important because men don’t want to come to church just to sit down. They want to get involved.”

The focus on male involvement, however does not take away from the youth or female ministries. There are a dance ministry for adults and youth, as well as a women’s ministry. One member said such platforms are what helped her to find her passion.

“[Praise dancing] is one of the things that hit me when I got here,” said Meesha Trawick, a member for nine years. “That’s my passion. Now I go to school for it.”

Trawick also serves as the president of the church’s Young Women’s Christian Council, a program “to help young women grow spiritually and to put God first.”

Overall, she describes Chosen as her “healing place.” Being able to practice her passion is one reason and the other centers on the guidance she has received.

“When I first got here, I knew about God,” said Trawick. “But I [learned] more when I came here. There was some stuff I was personally going through and the pastor — not knowing what it was — would prophesy and tell me ‘God is going to do this.’ That’s when I started to grow spiritually.”

On Dec. 14, the Sunday of the Tribune’s visit, Goodson was executing such “anointings,” praying and using oil to lay hands on the foreheads of members who approached the altar for prayer.

“I do it when the Lord leads me,” said Goodson. “[It’s] encouraging people, laying hands to cover them and praying for situations in their life. And it works. Prayer works.”

In his Dec. 14 sermon, “The Light Man,” Goodson continually stressed the need for the congregation to focus on Jesus, as the world is in a state of “darkness” that he said is a signal “of the last days.”

He referenced recent nationwide police brutality against Black males and said that protests were in order, but that people needed to remember to focus on “the light man. We have been doing that a long time (holding our hands up) but it has to come to the point where it’s time for the church to wake up. Through all that has taken place, it is time to lift up the name of Jesus.”

This same doctrine is what he uses to model the church’s operations. On the Sunday referenced above, the congregation dressed in all black to acknowledge the recent cases of Black males killed by white police officers, while Goodson, dressed in a black robe, issued words of encouragement. One member shared her own story of having a son killed by police and said she was grateful that the church acknowledged it.

“We cannot hide from social issues,” said Goodson. “Jesus did not hide from those issues; matter of fact, one time when he saw there was a hunger problem, he fed 5,000. We can’t hide from it. I think we need to take it on, but take it on in a loving way, not with anger.”

Chosen also touches the outside community and beyond, through regular benevolent projects. At press time, the church was collecting new socks, t-shirts and undershirts for in-need babies, youths, males and females in the Dominican Republic.

In January, the congregation plan to identify another country that could use some assistance. Locally, members have served the homeless. Goodson said they have gone downtown to give out food, blankets and scarves.

And the women’s ministry is planning a major outreach effort for next fall. In January, it will begin collecting funds to donate to a young cancer patient, a breast cancer patient and a cardiac disease patient. Members will also be making monetary pledges to several health foundations, including the St. Jude Cancer Research center.

“This is a part of our outreach,” said evangelist Barbara Ann Goodson, the first lady of the church. “Chosen Generation believes in taking care of the community and reaching out to our brothers and sisters, no matter who they are. We want people to know it’s not just about the [happenings] inside the church, but [also] what goes on outside.”