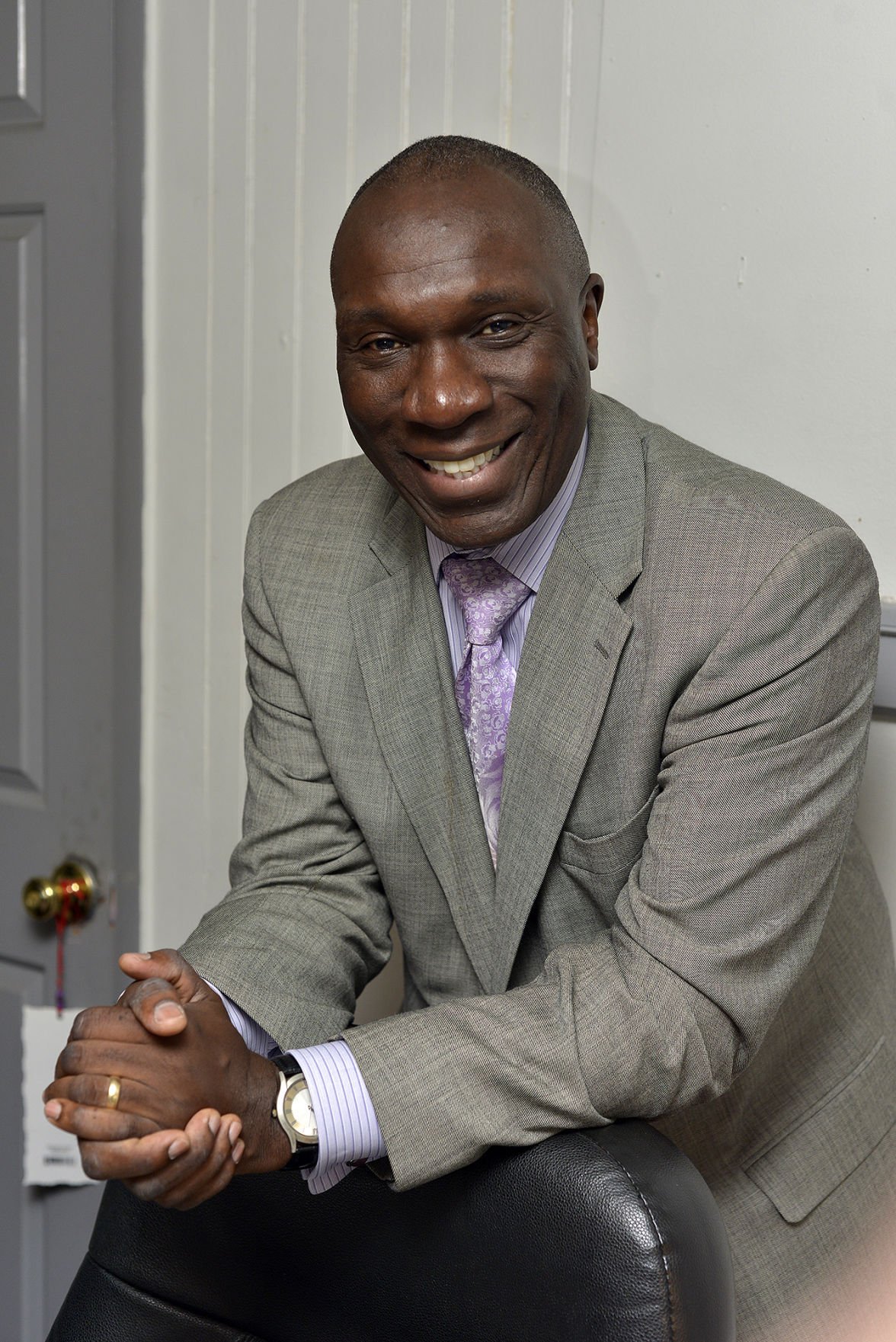 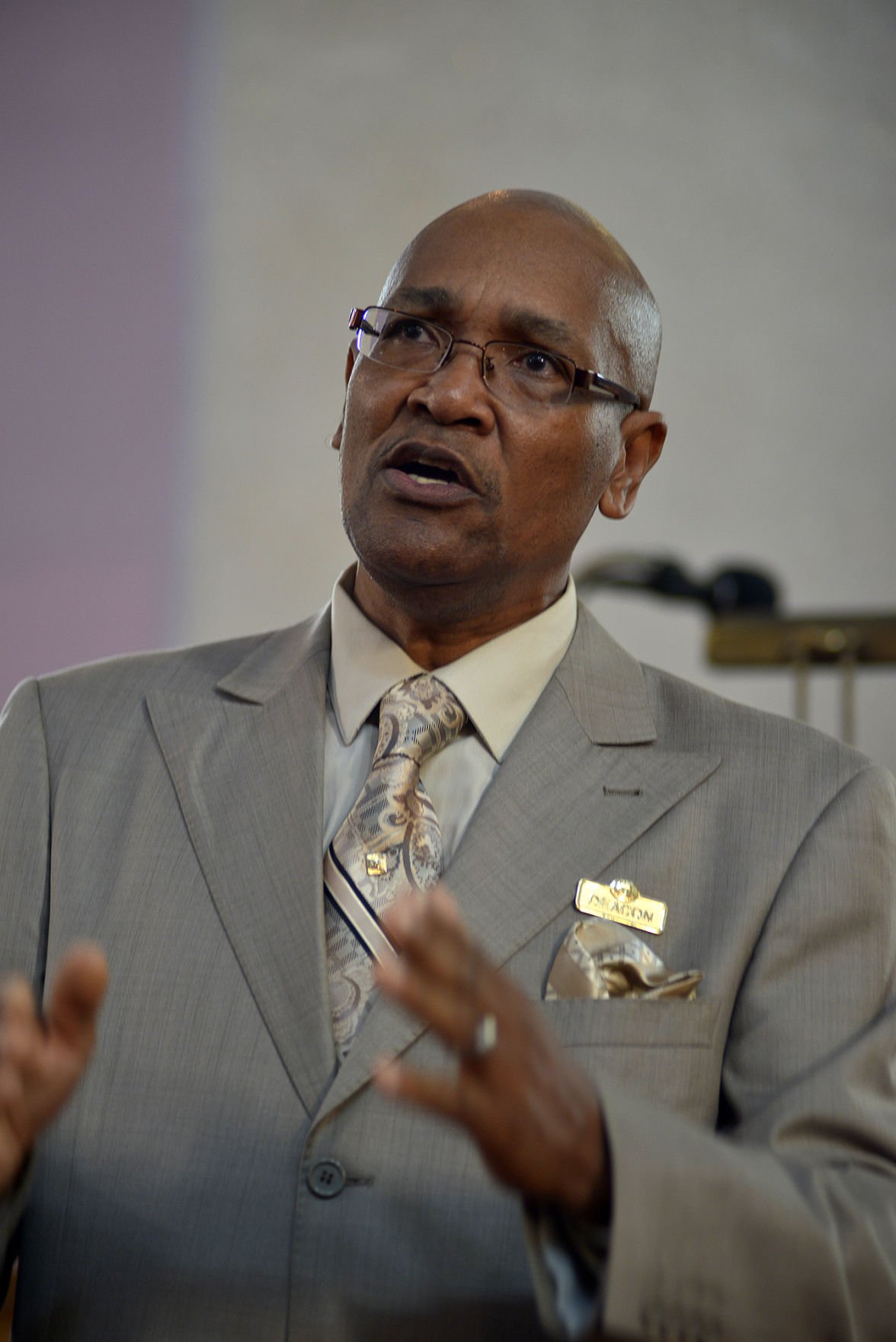 A member of the Gibson Temple Baptist Church Deacon Board testifies. 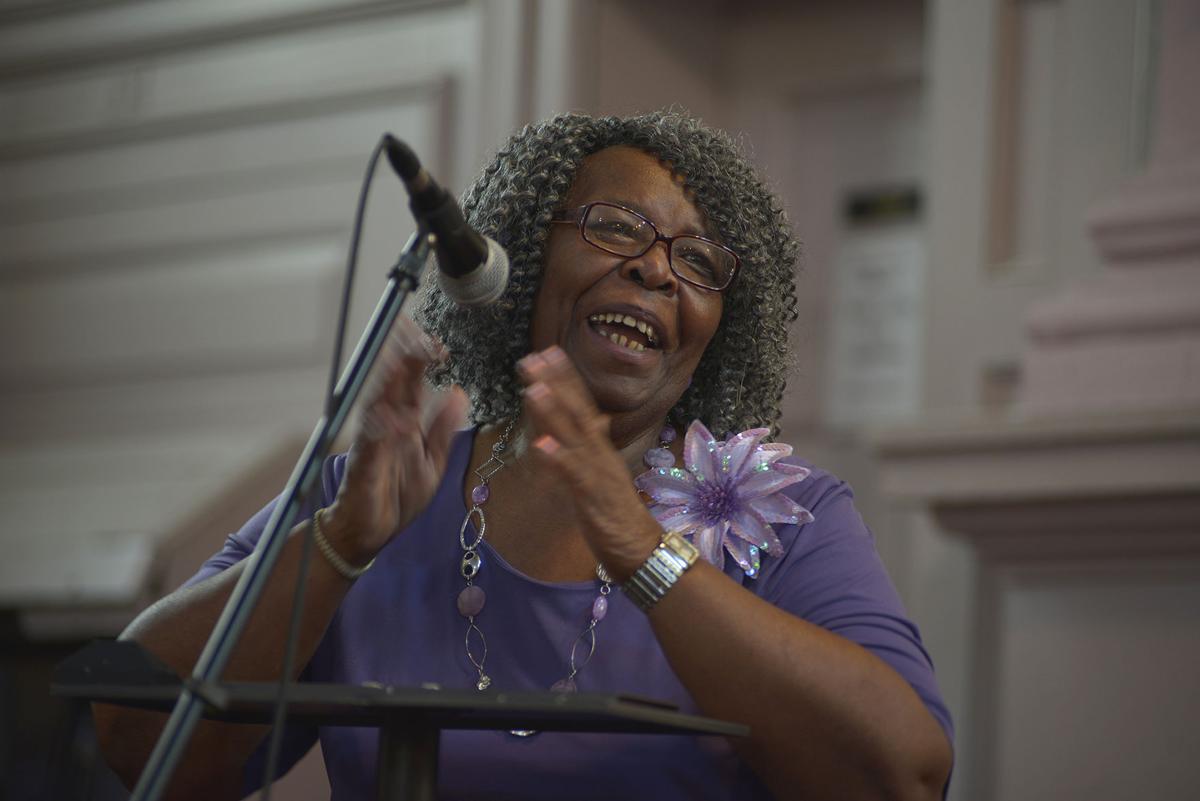 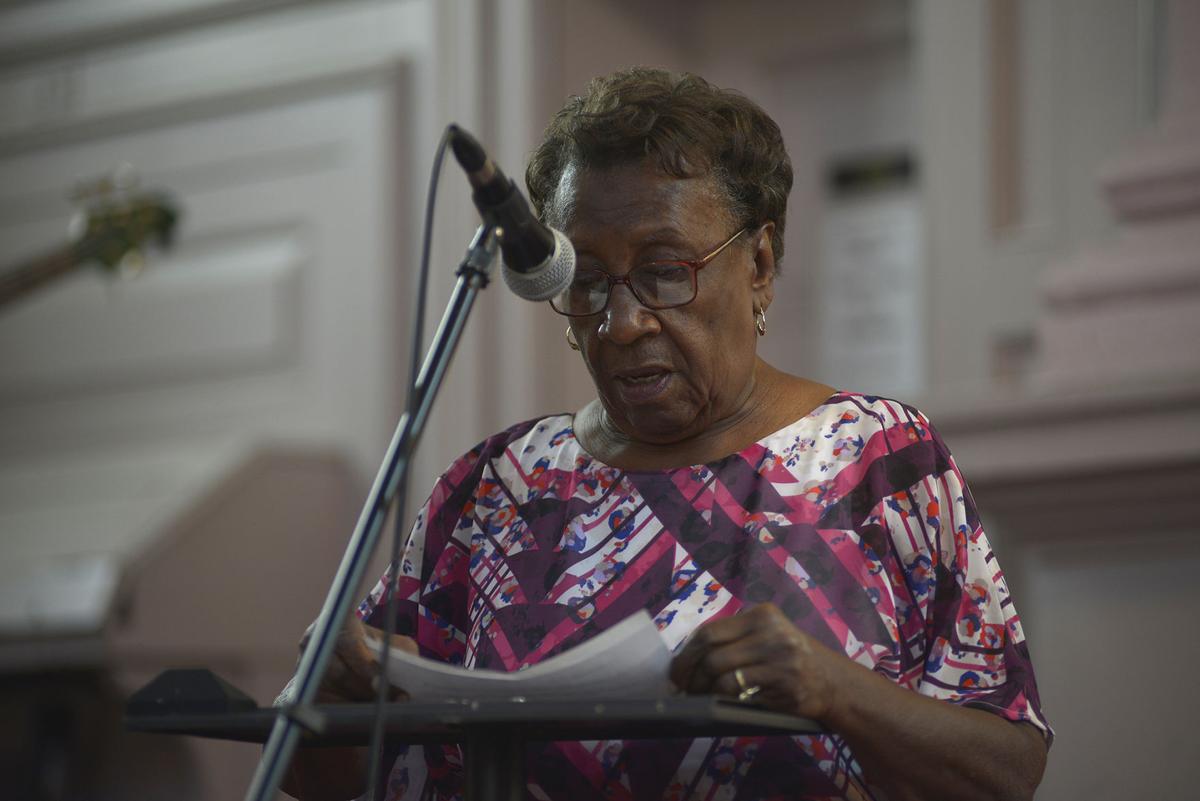 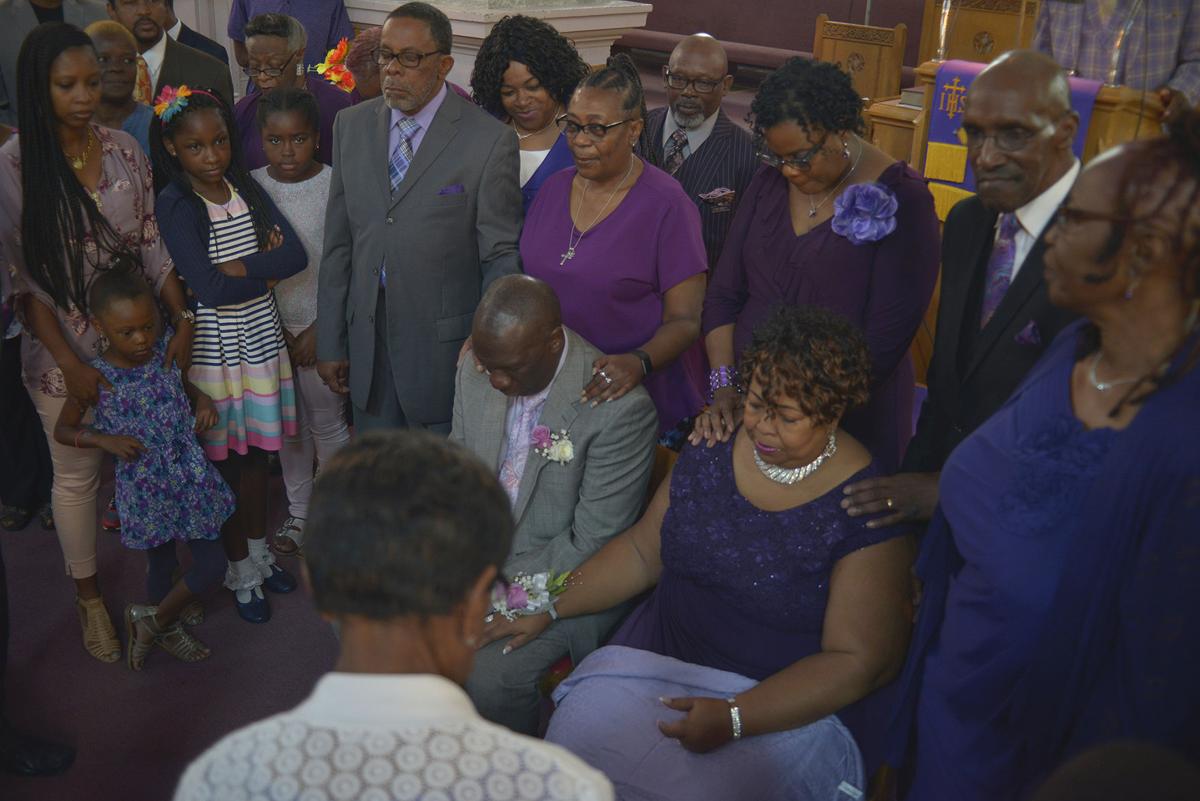 A congregational prayer for the pastor and first lady by the Rev. Eugene McFadden. 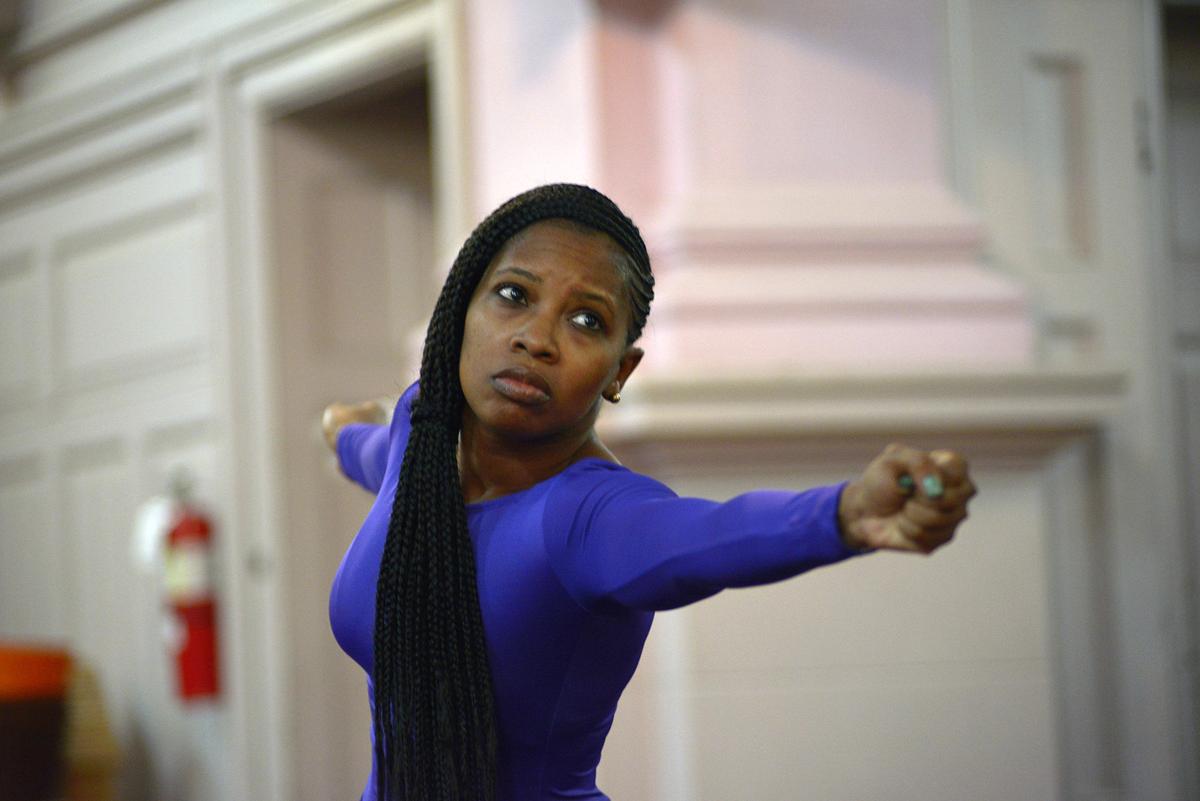 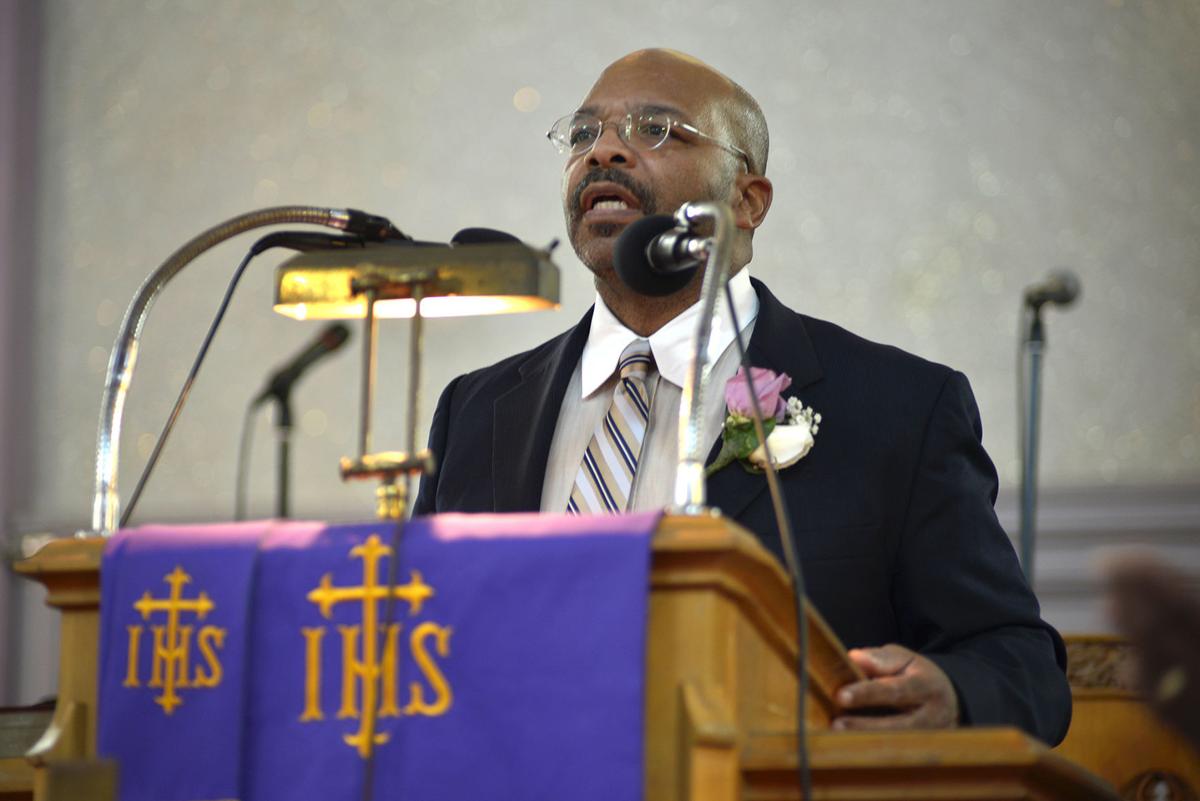 A member of the Gibson Temple Baptist Church Deacon Board testifies.

A congregational prayer for the pastor and first lady by the Rev. Eugene McFadden.

Gibson Temple Baptist Church celebrated Senior Pastor G. Edward Griffin’s 30th anniversary on Sept. 30 as the congregation recognized him for helping people better themselves and their lives. But the minister remains focus on the mission ahead.

His 30 years at the North Philadelphia church, 2159 N. 28th St., makes him the longest serving pastor in its 68-year history. Throughout his tenure, he says he is most proud of guiding the church to become a more warm and open place.

Durrell Washington, 16, a member for 10 years, spoke at the anniversary service about how Griffin was equally active inside and outside the church.

“When I can’t have one of my family members come to one of my [concerts], I say, ‘Pastor can you come?’ [and] he says, ‘No problem.’ I see him in the front row smiling [and] that brings a lot of joy to me,” said Washington, who plays the clarinet on his school’s band.

“His big thing is the children,” he added about Griffin’s interest in the youth attending the church. “We may go out to breakfast and converse on what we want to see at the church and how we can get the kids more involved.”

The Rev. Eugene McFadden, an associated pastor and 27-year member, said Griffin was there for him as he recovered from drug addiction 16 years ago.

“Pastor Glen was always reaching out to me, talking to me. He was even counseling me and my wife, trying to keep us together,” said McFadden. “Through his teaching, making the Bible more clear, I was able to get free from it. It was a scripture we talked about: ‘He who the son sets free, is free indeed.’ ”

Overall, said McFadden, a sense of care is what makes Gibson Temple special, as the church accepted him when he was undesirable and hard to love.

“I struggled for a lot of years. [But] I got a lot of love from this church. I would mess up. But one lady, she would always hug me and say, ‘I’m praying for you. It will be alright,’ ” he recalled.

Upon his recovery, McFadden began ushering and eventually became a trustee. He is now a minister and helps facilitates Narcotics Anonymous meetings held at Gibson Temple.

Washington also shared how the church had been beneficial for him.

“[Gibson] is very heart-warming. Sometimes the hugs they give you, you need it,” he said. “This is like my second family. If I need someone to talk to, I’m able to go to someone and they will give me reassurance that everything will be okay. It’s always a smile on someone’s face. And sometimes that smile is enough to brighten your day.”

Washington added that throughout his membership at Gibson Temple, he had grown spiritually.

“I’ve learned how to love people no matter what they do to you,” he said. “I’ve learned that any problem I’m going through, the Bible has the answer for you.”

For Lenora Bidin-Williams, a member for 67 years, Gibson Temple has been a spiritual home dating to her childhood, a time when her father and mother were both church leaders.

“I’m planted here,” said Bidin-Williams. “My father was a minister and my mother was a deaconess. I was the first to marry in this church. I was baptized here when I was 13 and I’ve been working in ministry ever since. Working for the Lord is all I know.”

Bidin-Williams is currently a Sunday school teacher for the senior citizens. But throughout her 67 years at Gibson Temple, she had several other roles, serving as financial secretary as well as serving on the building fund ministry and the choir.

On the Sunday of the Tribune’s visit, Bidin-Williams was collecting money and recording names after the service for the anniversary banquet.

“Every ministry I’ve been on, I’ve been secretary or treasurer,” she said. “I keep good records.”

For the community, Gibson Temple offers a weekly food and clothing program for families in need and offers meeting space for recovering addicts.

Pastor Griffin said the church is planning a program called Fathers Active in the Hood, or FAITH, that will help men with their parental and relationship skills as they become better role models.

The Rev. Brenda Cash, who has been with the church for more than two decades, said the evangelism team was making arrangements to improve its community outreach in 2018.

Griffin says an important piece of Gibson Temple’s vision for growth is being able to address the needs of its members and the neighborhood while keeping a strong foundation in the Christian faith.

“We should always be willing to change with the times,” he said. “The only thing that doesn’t change is God’s Word.”