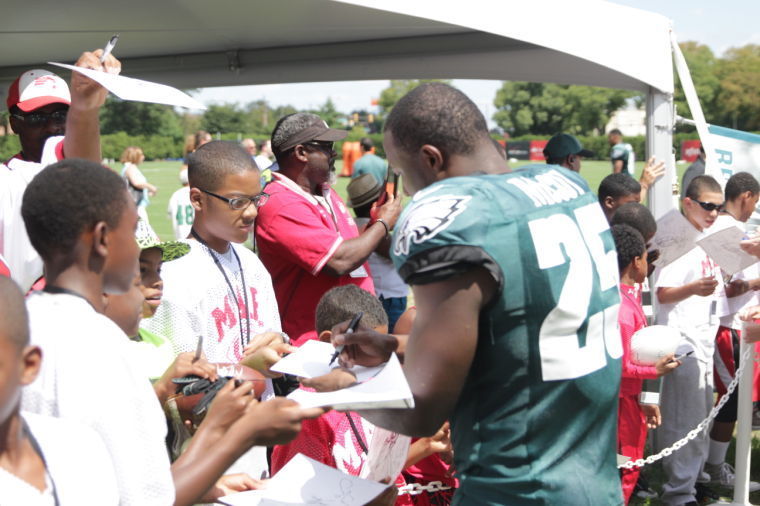 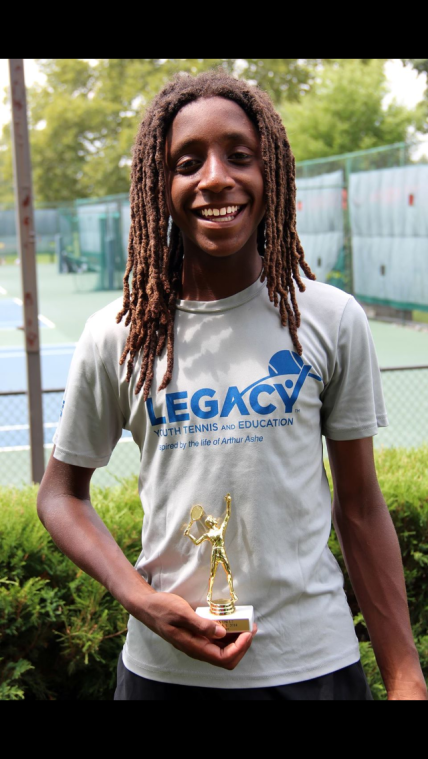 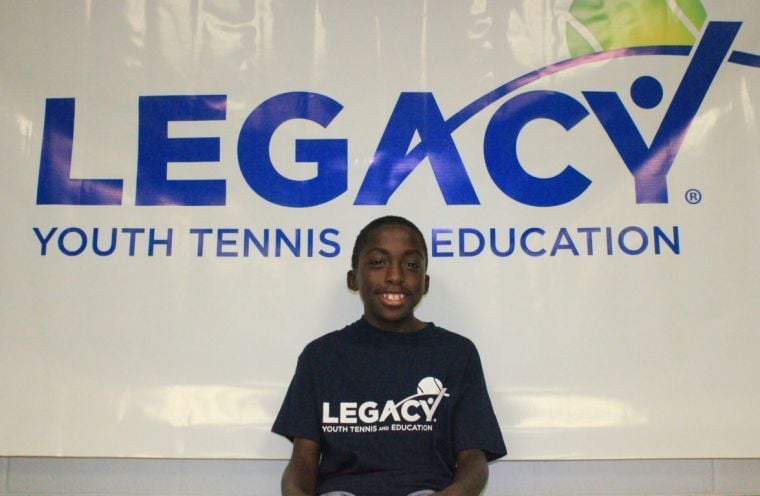 West Philadelphia’s Tauheed Browning, 11, will will have the privilege of warming up with the likes of tennis great Novak Djokovic.

West Philadelphia’s Tauheed Browning, 11, will will have the privilege of warming up with the likes of tennis great Novak Djokovic.

Eagles and Good Sports team up

The Eagles and national non-profit Good Sports have partnered to present the Bantams with a $4,000 donation of new helmets, shoulder pads, footballs and sideline markers. The donation is part of a partnership between Good Sports and the Eagles to bring new football equipment and resources to youth football programs in the Greater Philadelphia area.

Browning will have the privilege of warming up with the likes of tennis great Novak Djokovic. Caban will then compete against these stars in a target-hitting contest in the hopes of bringing back $15,000 to provide tennis and life skills education to more than 4,500 young people from Philadelphia, Chester and Camden, N.J., many who come from low-income, under-resourced communities.

Legacy is slated to fare quite well in this competition. Legacy kids DreShaun Jarmon and Kyle Seelig have each won this target-hitting contest in the past four years, bringing back $30,000 to support Legacy programs. Now, Jarmon and Seelig are preparing to play tennis at the collegiate level.

The United States Tennis Association (USTA) approached Lance Lee, Legacy’s vice president of tennis and national partnerships, asking him and his coaches to select two young people who would best represent Legacy. The USTA seeks to showcase youth from the most well-regarded National Junior Tennis and Learning (NJTL) chapters within the country on Arthur Ashe Kids’ Day of the U.S. Open.

“These young stars represent our mission. They started their tennis careers at Legacy, even before they started first grade, and are poised for success, on and off the court,” reflects Lee in a statement. “We are proud to say that Tauheed and Brandon are our kids, and can’t wait to see them shine on Arthur Ashe Stadium court.”

The Arthur Ashe Kids’ Day competitions are scheduled to air 12 p.m. on Sunday, Aug. 24 on CBS.