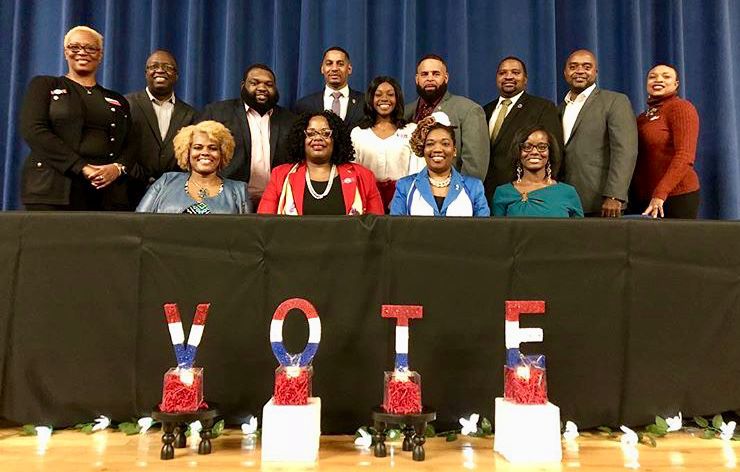 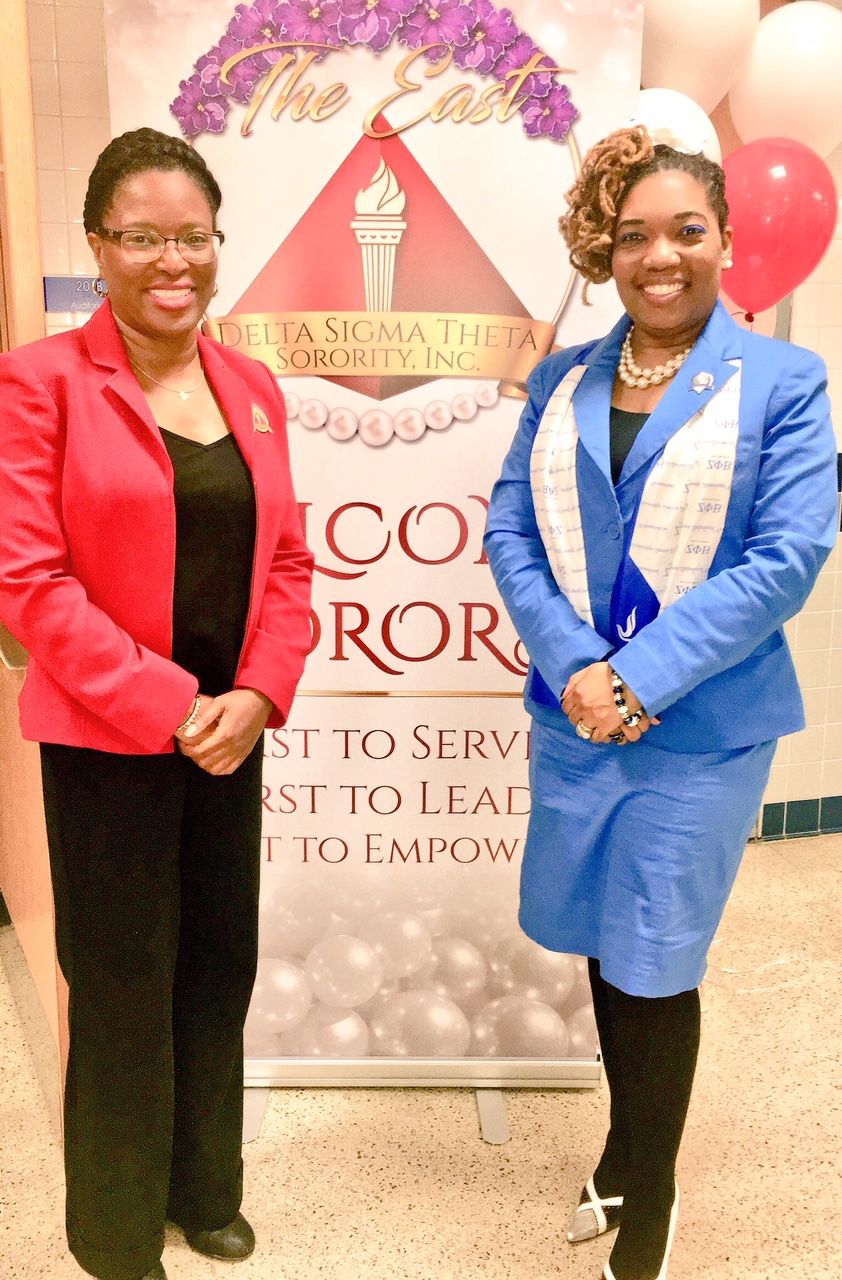 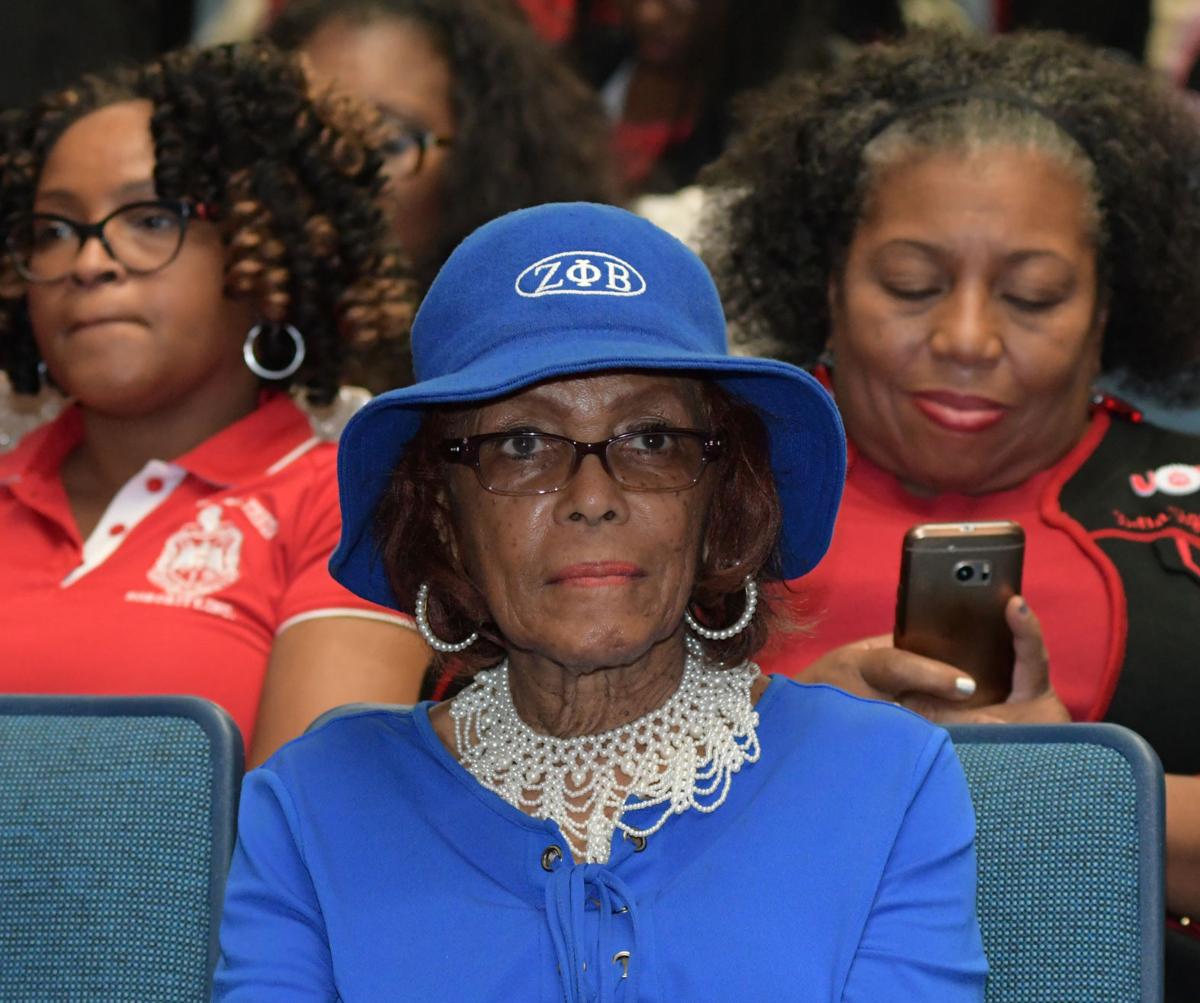 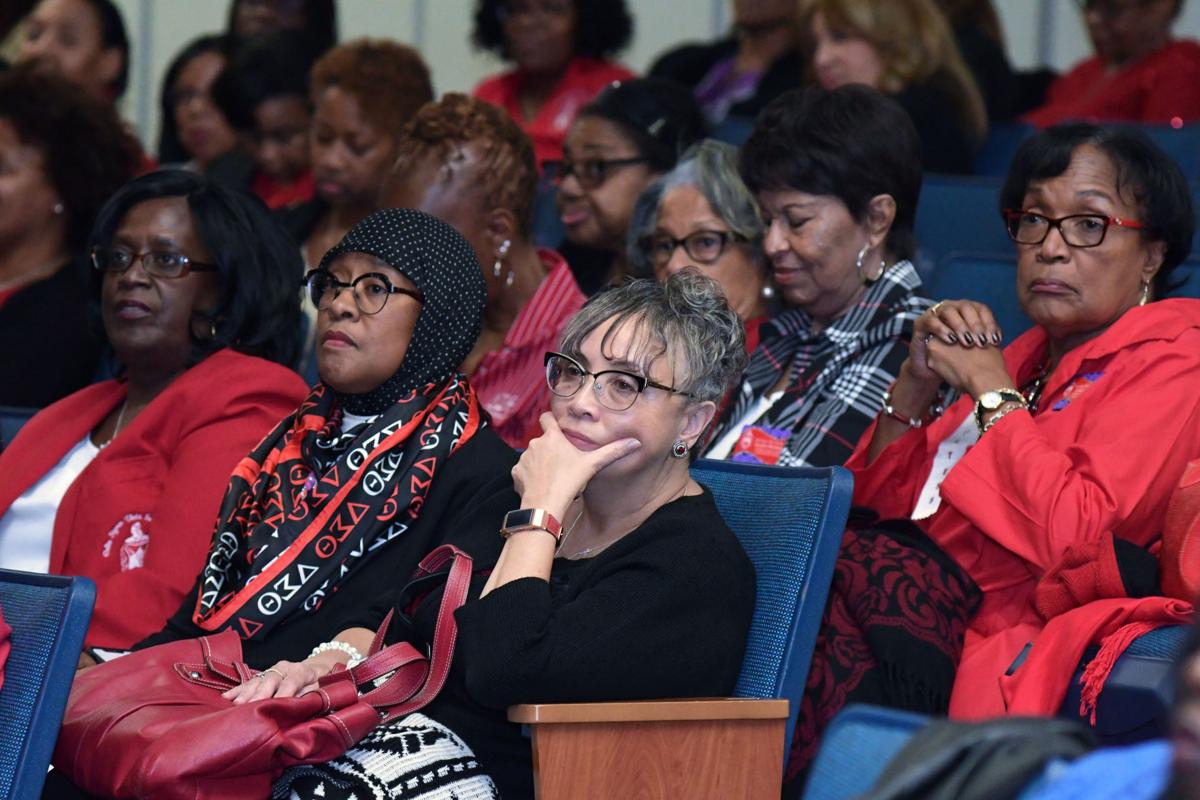 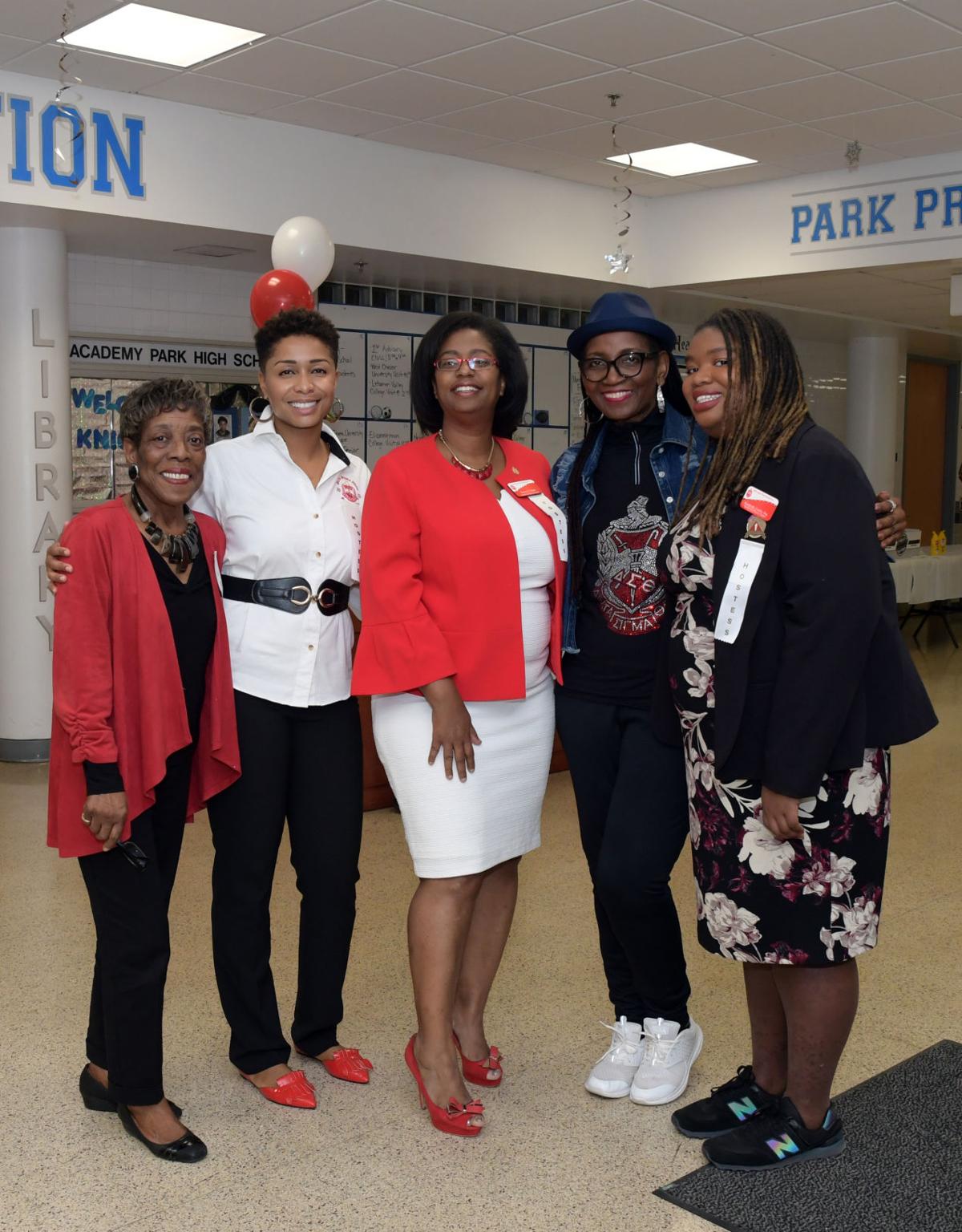 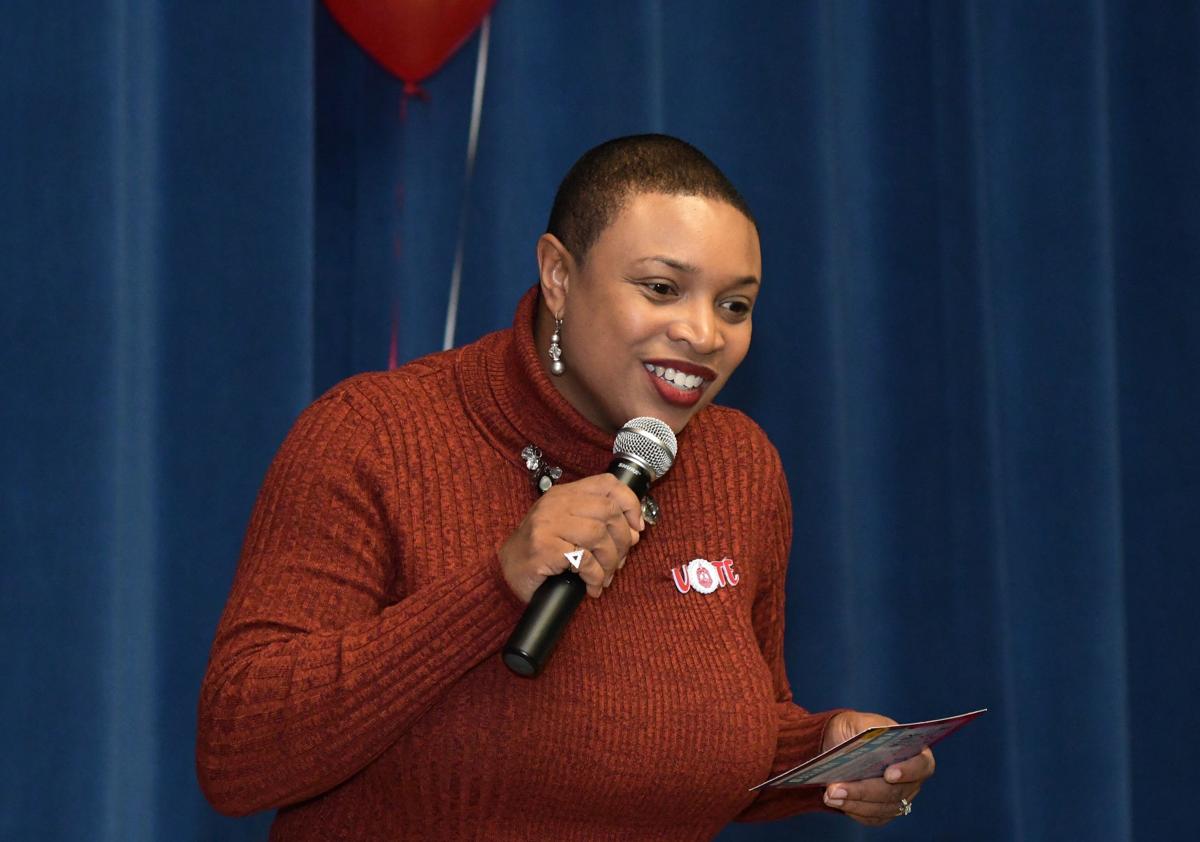 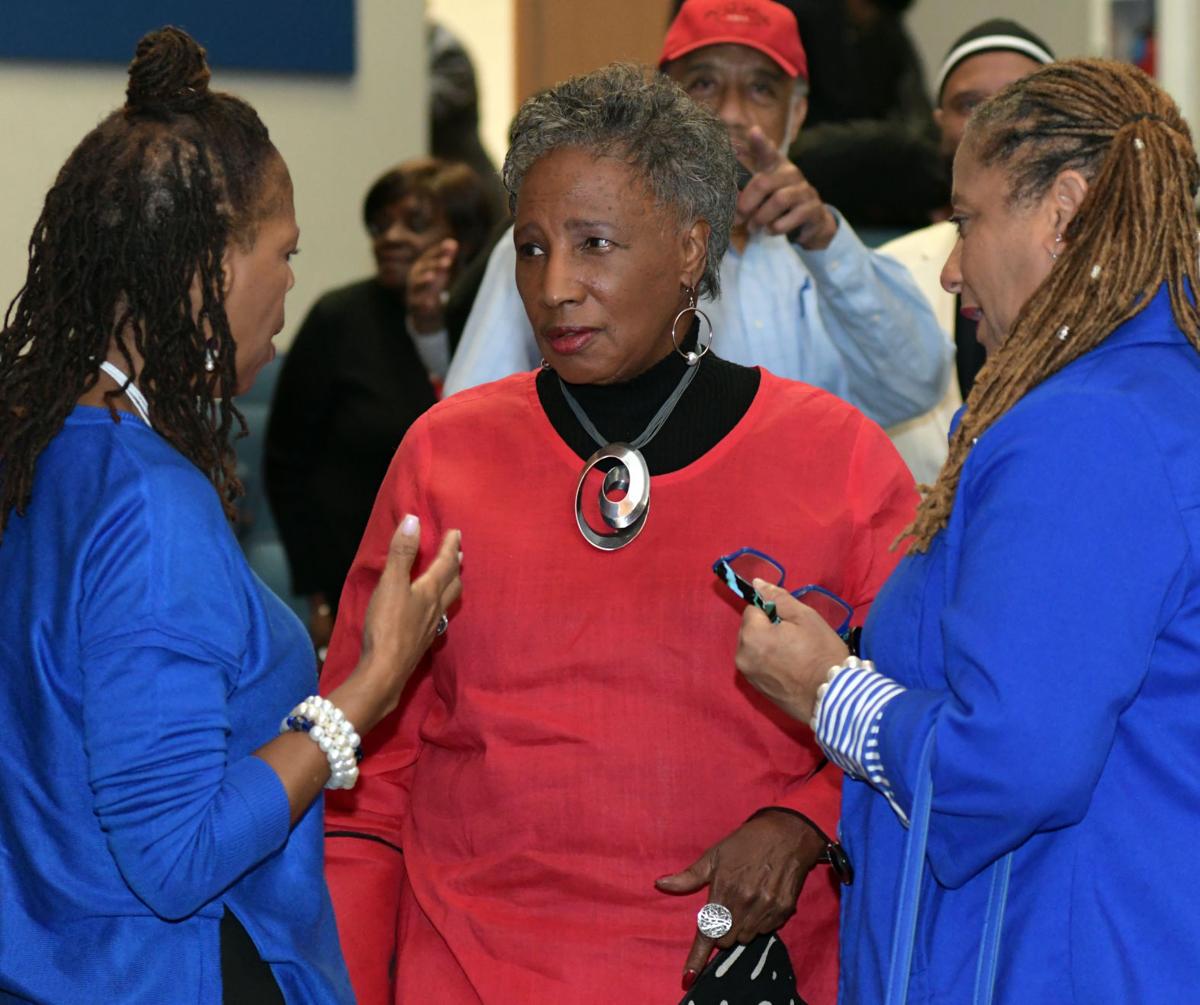 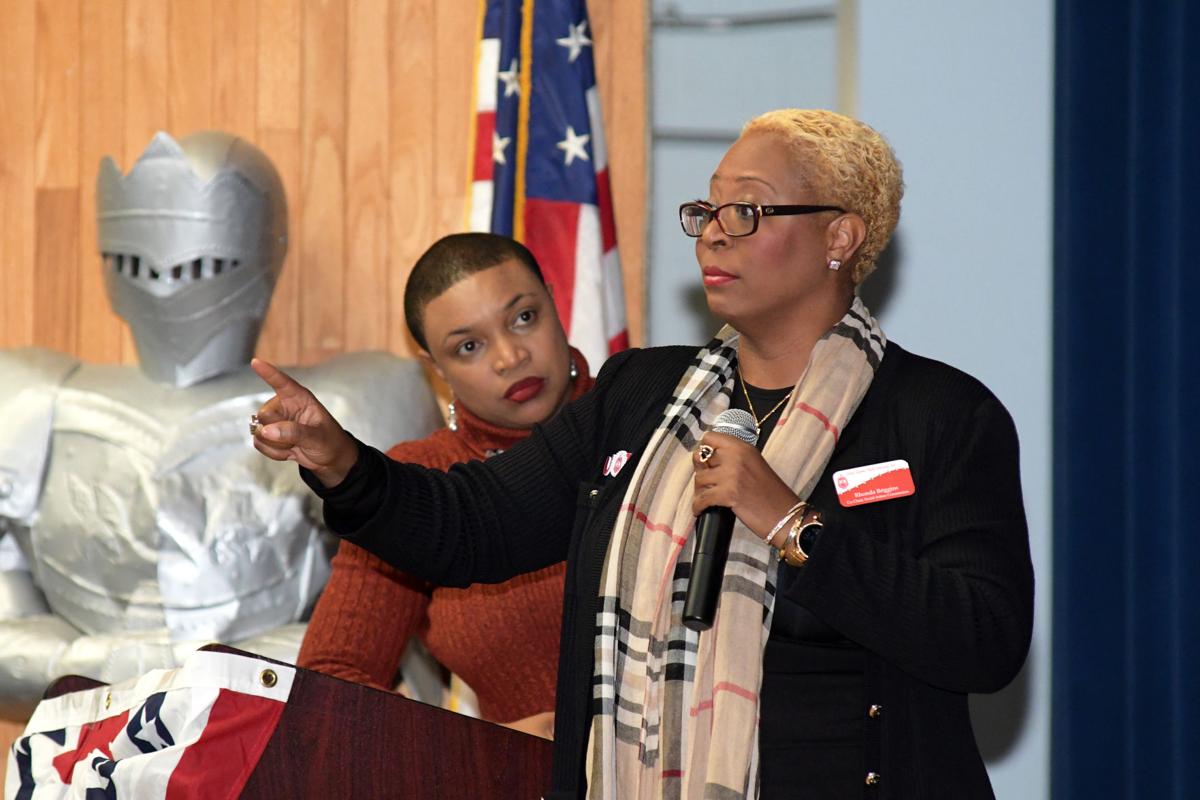 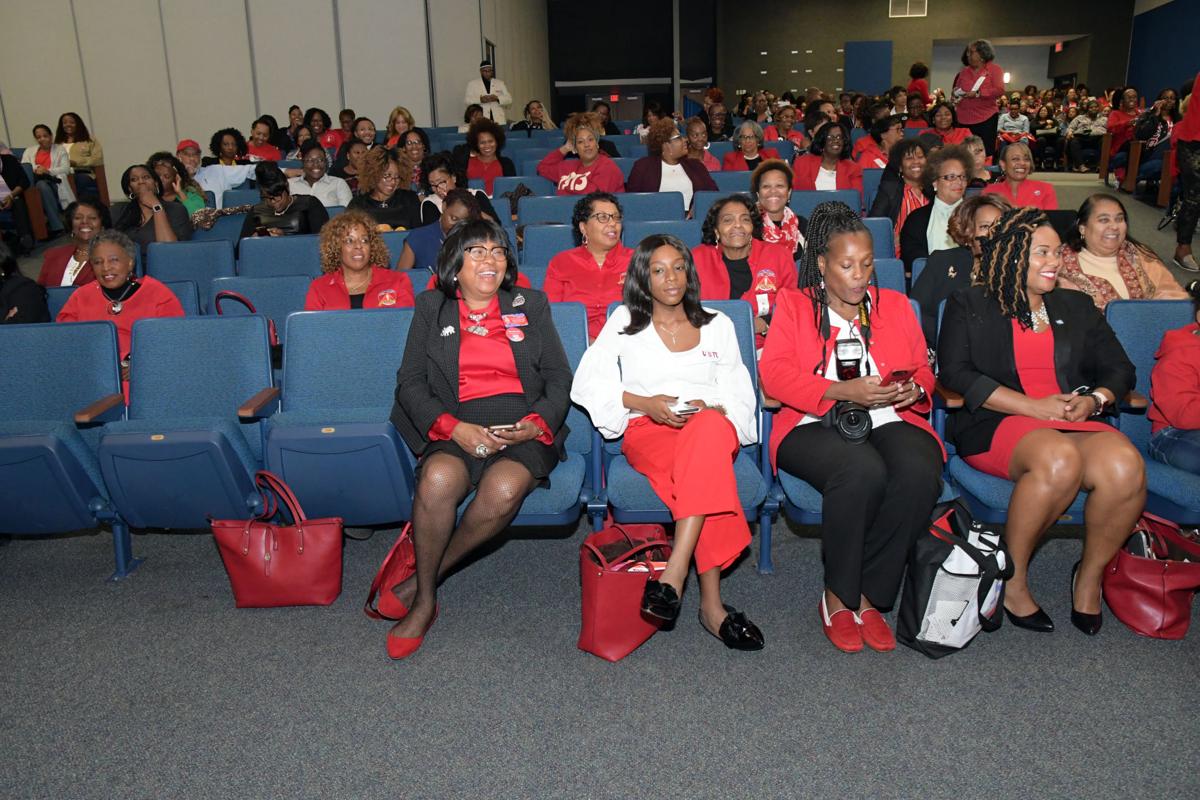 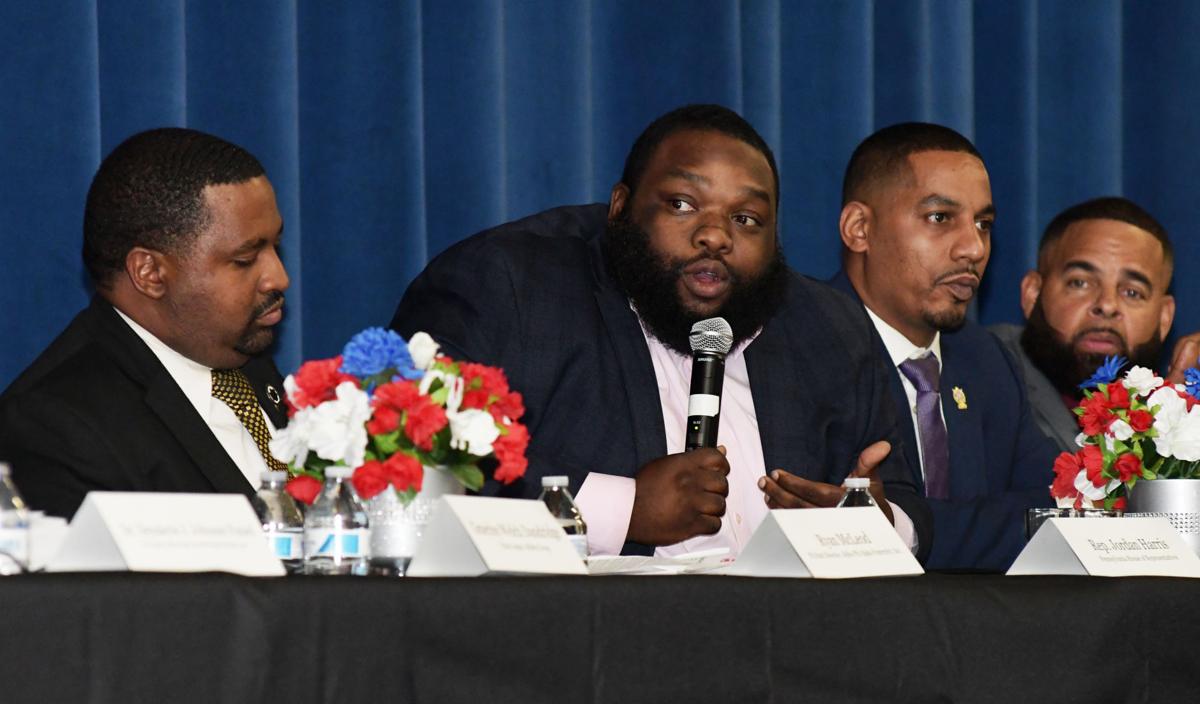 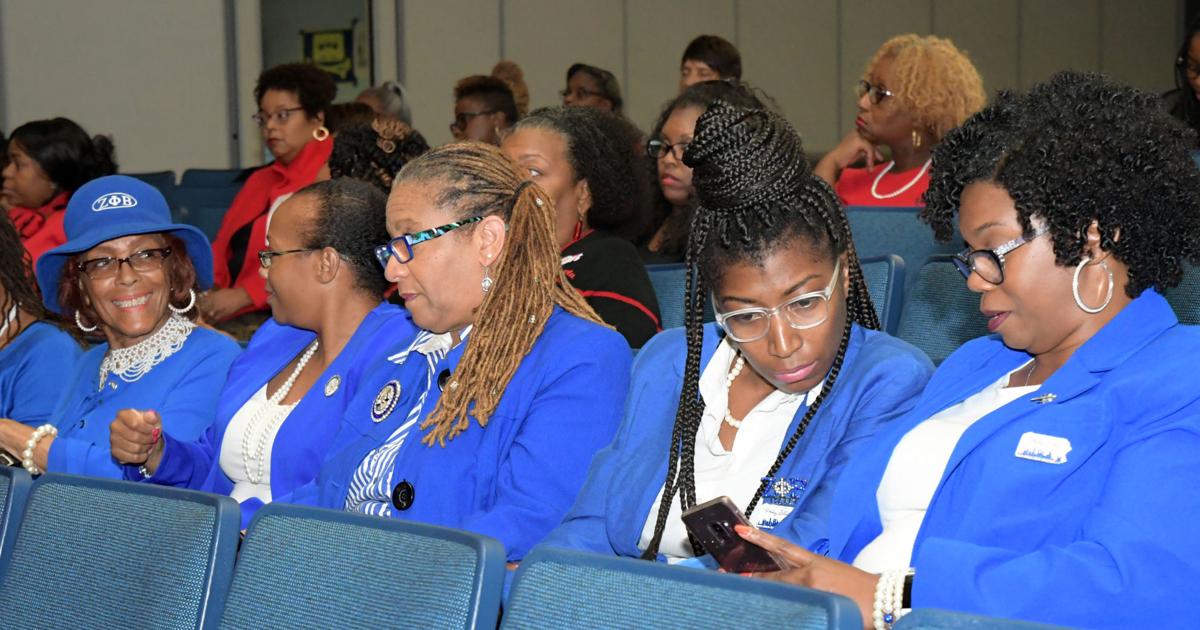 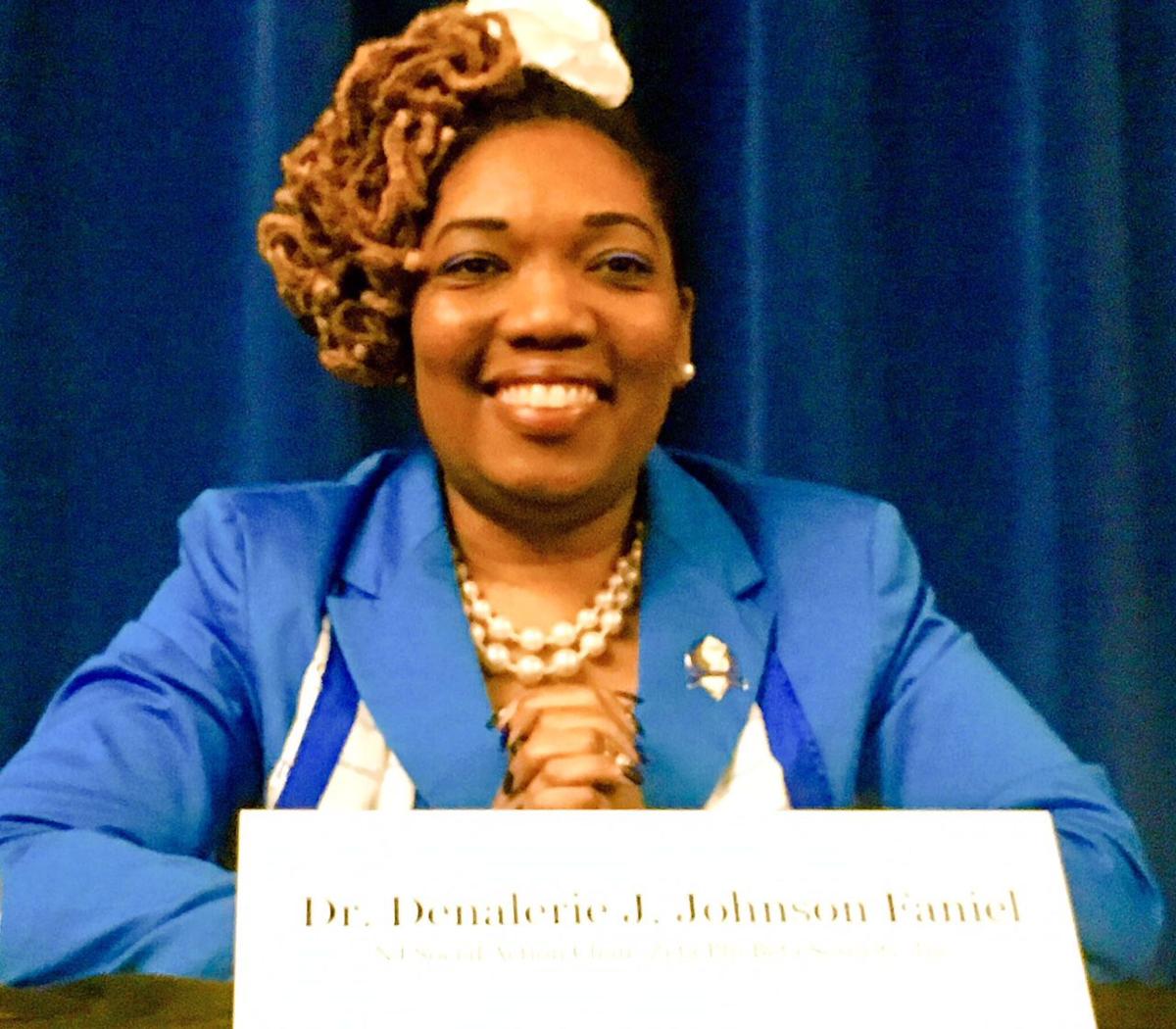 With midterm elections approaching, leaders of the Divine Nine are pushing for Black citizens to register to vote and get to the polls.

“We know why we have to vote,” said Rosia Blackwell Lawrence, regional director of Delta Sigma Theta, Inc., on Friday evening at a town hall meeting.

Blackwell Lawrence organized the meeting held at Academy Park High School in Sharon Hill, Delaware County, to connect other sororities and fraternities in efforts to push the African-American community to vote in the national and local elections.

“As Greek sororities and fraternities, it is incumbent upon us to do this type of work,” Blackwell Lawrence said.

The panel was moderated by Delta Sigma Theta co-chairs Rhonda Briggins and the Rev. Shavon Arline-Bradley. It included John Jordan, community relations chairman for the Pennsylvania State NAACP; Gmerice Welch Dandrige, co-chairwoman of the Policy & Advocacy Committee of NExT Philadelphia for the National Urban League; and state Rep. Jordan Harris, D-186, chairman of the Pennsylvania Legislative Black Caucus and a member of Phi Beta Sigma.

This year, the midterms are set to be held on Nov. 6.

“We always come out strong,” Blackwell Lawrence said. “We are so dependable. But it’s important for us to connect with our community to let them know why it’s so important for them to come out and vote.”

Williams said, “The power of voting has been what has held African Americans back in moving forward. The reality is that this conversation we’re going to have tonight is also about the fact that even in 2018, people are trying to take that right away from us.”

African Americans have had to fight for voting rights for decades. Marches, sit-ins and other peaceful protests that took place (mainly in the southern states) in the 1960s paved the way for the enactment of the Voting Rights Act of 1965, which prohibited discriminatory voting practices many states had.

“My father was not able to vote until 1965,” said the Rev. Douglas Banks, pastor of Union Baptist Church in Morristown, N.J., and a member of Kappa Alpha Psi, Inc. “He was 32 years old when he gained the right to vote. There were 12 years which he already could not vote. We’re not talking about ancient history. We’re not talking about something that is far removed from our recent history and is trying to be taken away from us now.”

Jordan recalled the voter ID law that was proposed in 2012.

“Most people didn’t see anything wrong with it, but when [the NAACP] looked at it, what we saw was a coordinated attacked on us — on all of the voters that were the highest percentage voters in the previous presidential election,” he said.

Jordan continued that the NAACP, the Pan-Hellenic Council, and multiple sororities and fraternities got the law overturned in Pennsylvania. He suggested each person should try to get five others to register to vote.

“If we can see the bigger picture, then we can really come together and do some really amazing things,” said Rep. Margo L. Davidson. “Ego and pride stops us from working together. We need to move from marching to canvassing to make sure candidates get elected to office.”

Davidson said there are not a lot of African Americans knocking on doors in Delaware County and “we need to start activating ourselves in that way.”

Harris said 26 percent of Philadelphians are in poverty and community activists cannot expect to get people wanting to vote because “they feel they don’t matter.”

Williams said voting is just the beginning of the conversation.

“The only thing that changes a life in America is changing a law,” Banks said.

This story has been edited to correct the spelling of Rhonda Briggins' last name.