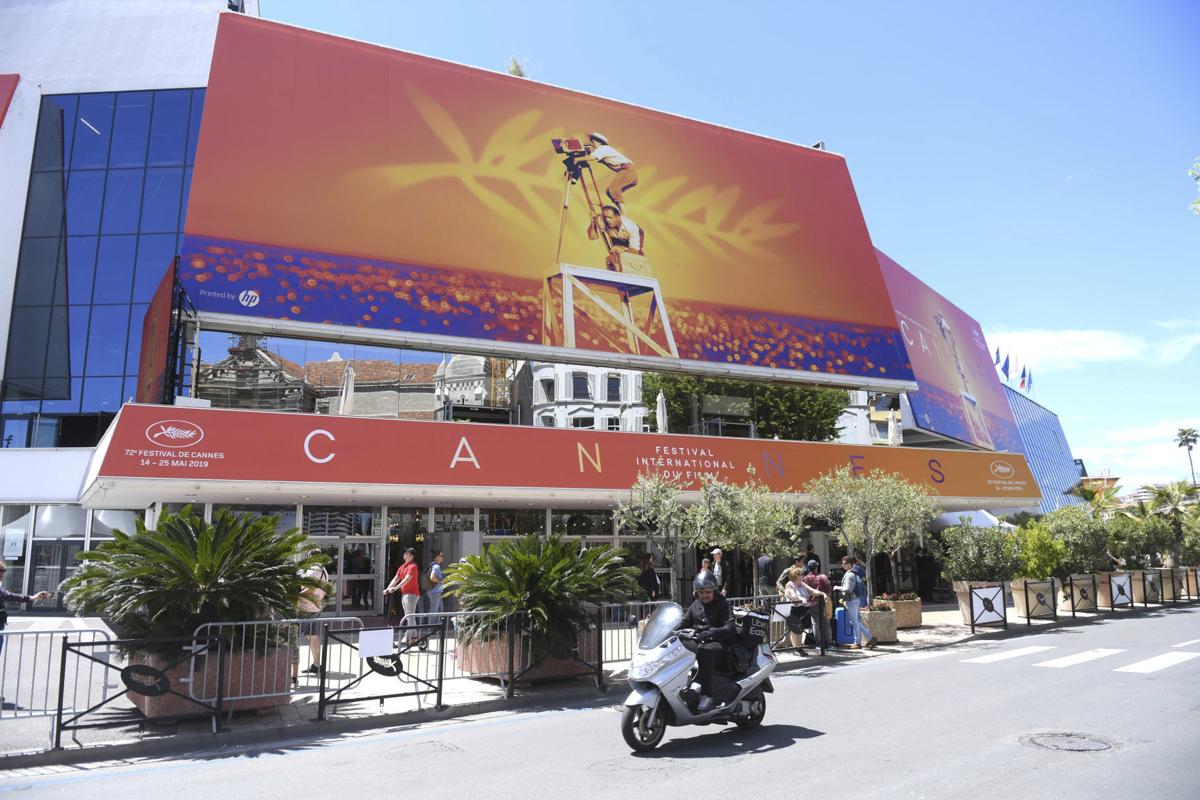 This May 13, 2019 photo shows a view of the Palais des festivals during the 72nd international film festival, The Cannes event in southern France is arguably the world’s most prestigious film festival and cinema’s largest annual gathering. It has postponed its 73rd edition. Organizers of the French Riviera festival, scheduled to take place May 12-23, said they are considering moving the festival to the end of June or the beginning of July. — Invision/AP photo/Arthur Mola

This May 13, 2019 photo shows a view of the Palais des festivals during the 72nd international film festival, The Cannes event in southern France is arguably the world’s most prestigious film festival and cinema’s largest annual gathering. It has postponed its 73rd edition. Organizers of the French Riviera festival, scheduled to take place May 12-23, said they are considering moving the festival to the end of June or the beginning of July. — Invision/AP photo/Arthur Mola

The Cannes Film Festival, one of the movie world’s most renowned events, has been postponed, showing the continuing impact of the coronavirus pandemic.

The festival was meant to run May 11-22, but has now been rescheduled to July 6-17, the organizers said in a statement on Wednesday. “As announced last autumn, the Festival de Cannes reserved the right to change its dates depending on how the global health situation developed,” the statement said.

The decision had been expected. Last month, Aïda Belloulid, the festival’s spokeswoman, told The New York Times that the event might be shifted because of the pandemic, as cases were then surging across Europe. Whatever date the festival took place, she said, it will be “a ‘classic’ Cannes,” including stars on the Croisette.

Since then, the situation has only gotten more complicated in Europe. Case numbers are flattening in some countries, but deaths have surged and restrictions on daily life have been extended.

In France, there is a nationwide 6 p.m. curfew and cultural venues including movie theaters are shut with no reopening date in sight. Daily COVID-19 cases and deaths appear to be stabilizing, but more than 22,000 new cases were announced on Tuesday, with 612 deaths.

Some 74,000 people in the country have died of COVID-19 since the start of the pandemic.

The French government is rolling out vaccines, but its drive has been hit by production delays and a growing row between the Europe Union and Britain over scarce supplies. There is also widespread skepticism of vaccines in the country.

It is the second year Cannes has been affected. Last year, the customary May festival was canceled. It had been set to include the premieres of Wes Anderson’s “The French Dispatch” and Pixar’s “Soul” with a jury led by Spike Lee. (The Anderson movie has not debuted yet; “Soul” was released on Disney+ in December.) In the end, Cannes was only able to hold a “special” edition in October featuring a handful of films and little of the usual red-carpet glamour. The event received next to no media attention.

Movie fans had hoped some major festivals could be staged this spring, especially given vaccine rollouts. But Cannes is only one of several major cultural events in Europe that have now been postponed or canceled, showing that the pandemic’s effects on cultural life will be felt throughout the year. In December, the Berlin Film Festival, scheduled to start Feb. 11, was postponed, and organizers said they wouldn’t stage public screenings until June.

Last week, the Glastonbury festival, Britain’s largest pop music event, scheduled for June, was canceled. The same day, Art Basel announced that its flagship trade fair in Switzerland would be postponed until September, providing a major blow to the international art trade.