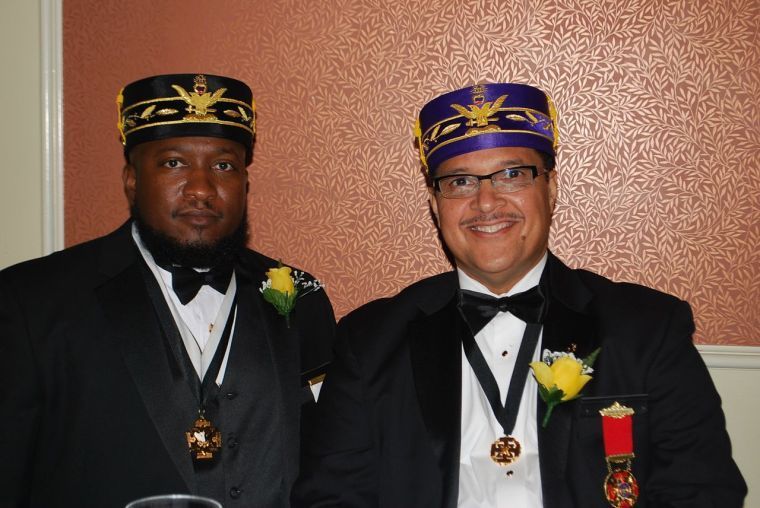 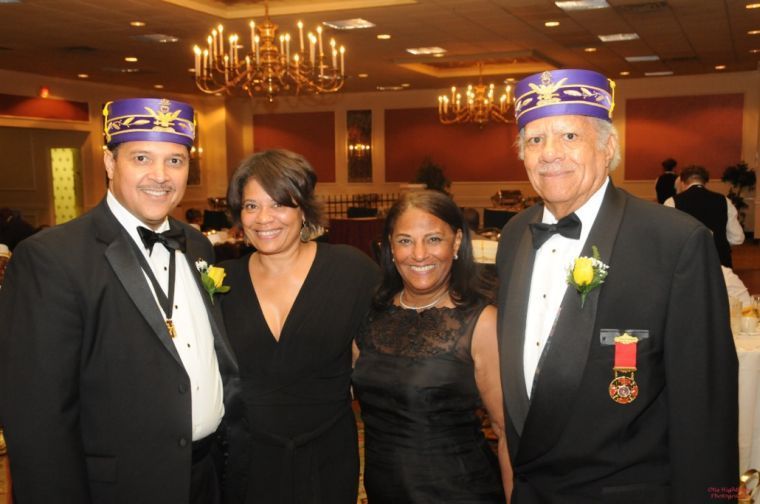 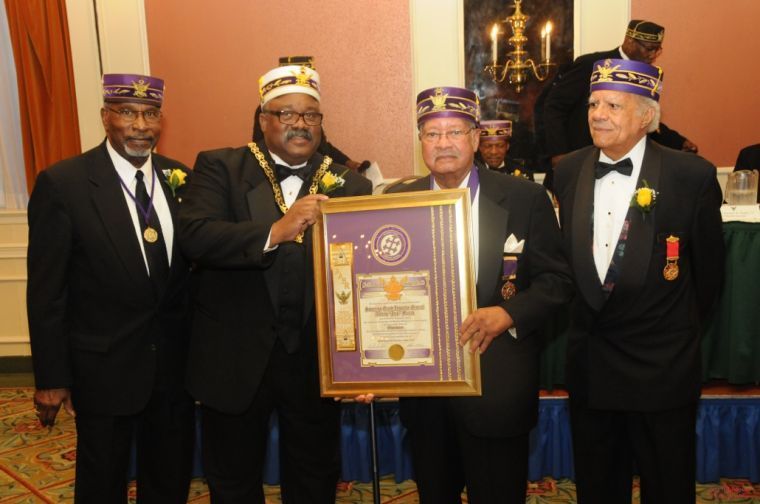 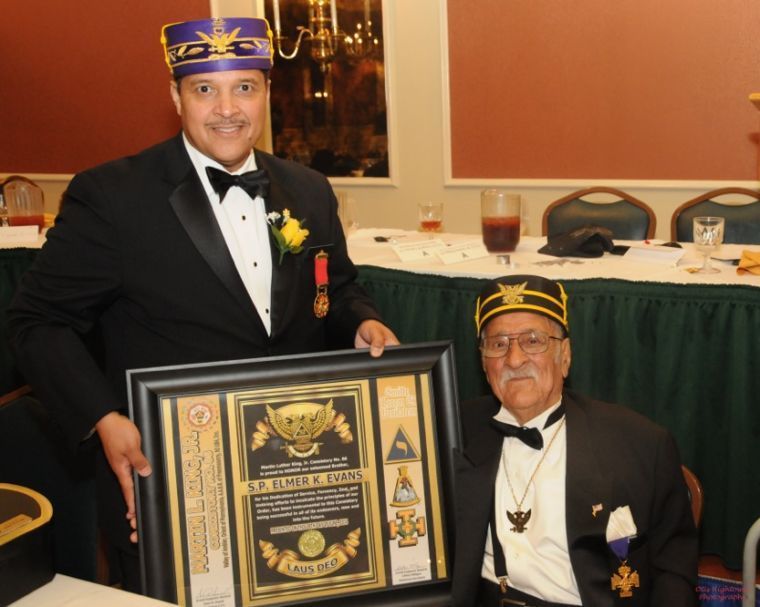 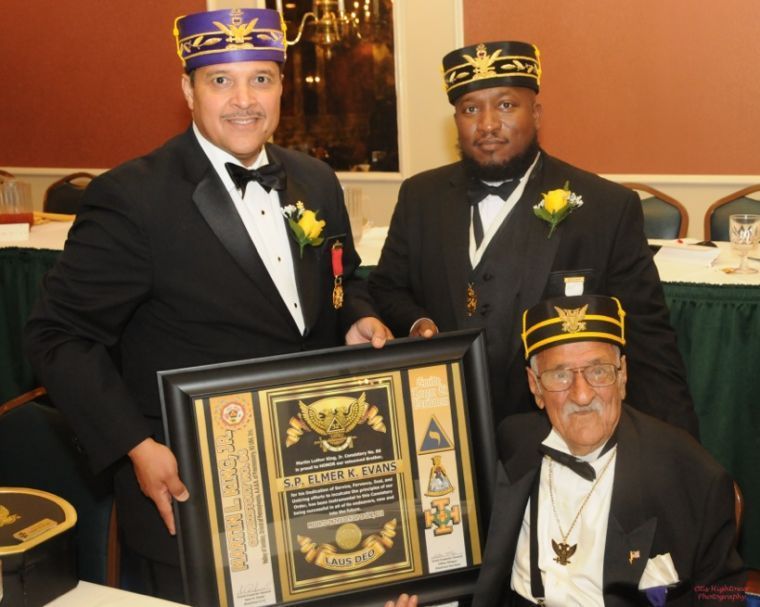 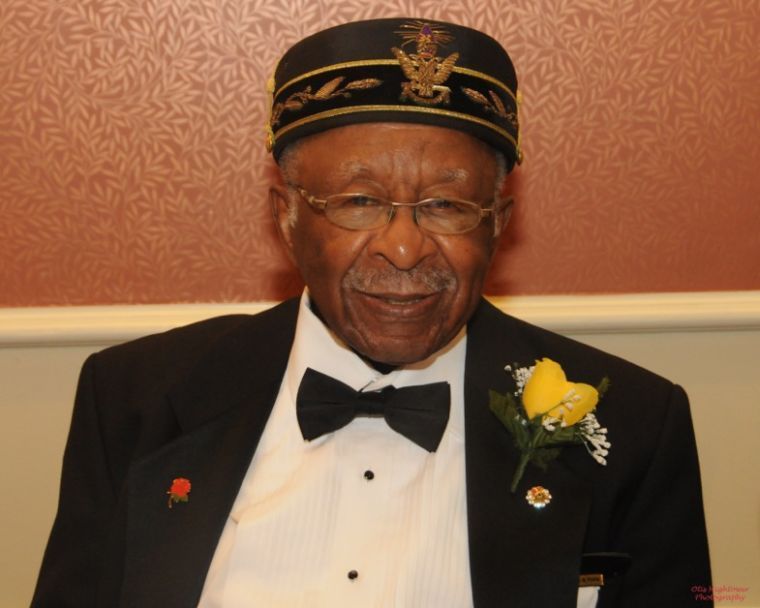 Nelson M. Polite, president of the Pennsyvania Commanders of the Rite. 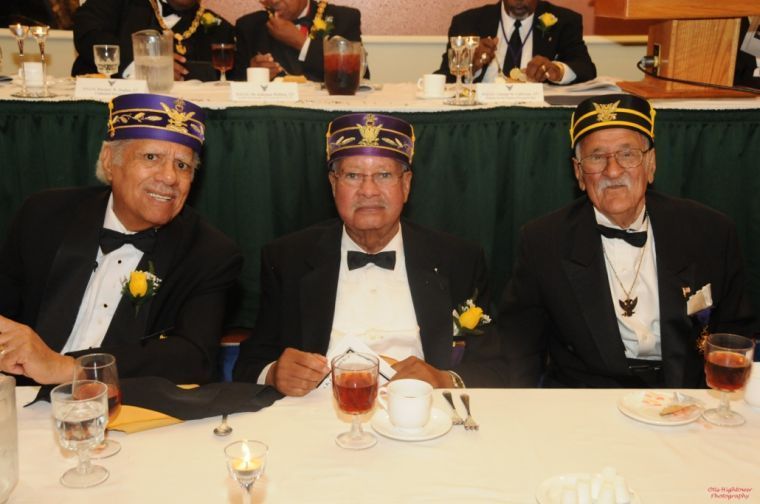 Nelson M. Polite, president of the Pennsyvania Commanders of the Rite.

The 2014 banquet was held at Williamson’s Restaurant in Horsham, with event proceeds allowing the Martin Luther King Jr. Consistory to continue its charitable endeavors in the community. The organization annually awards two scholarships to deserving students residing in the Montgomery County area, along with other projects that are designed to assist communities in need.

Curtis received a community citizens award based on his service to the citizens of Montgomery County while serving as Ambler Borough Council Chairman of Parks and Recreation and now as chairman of public safety. He is a 23-year veteran of the Riverside, N.J. Police Department where he retired at the rank of corporal. Curtis is a graduate of Montgomery County Community College where he earned an associate’s degree in criminal justice.

The Scottish Rite honorees were selected for this recognition based on their contributions to the Ambler-based affiliate of the time-honored international fraternal organization. Two of the honorees, S.G.I.G. Andrew E. “Jack” Morris and S. P. Elmer K. Evans, who are 90 and 92 years of age respectively, are still active in the fraternity. According to S.G.I.G. Elmer M. Evans, son of Elmer K. Evans, “These men are very engaged in the Masonic order and show no signs of slowing down.”

Congratulations and best wishes are to all distinguished individuals involved.