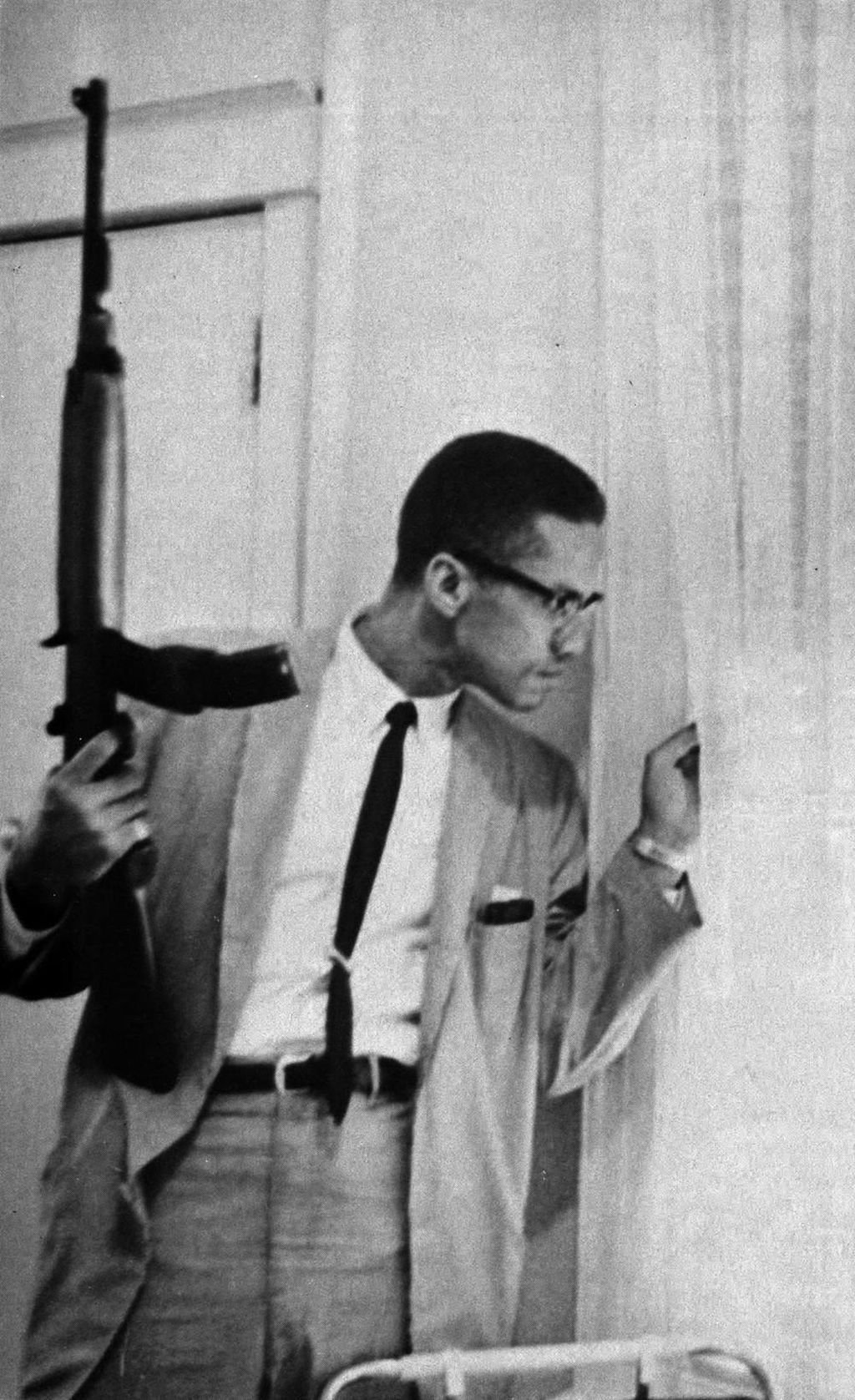 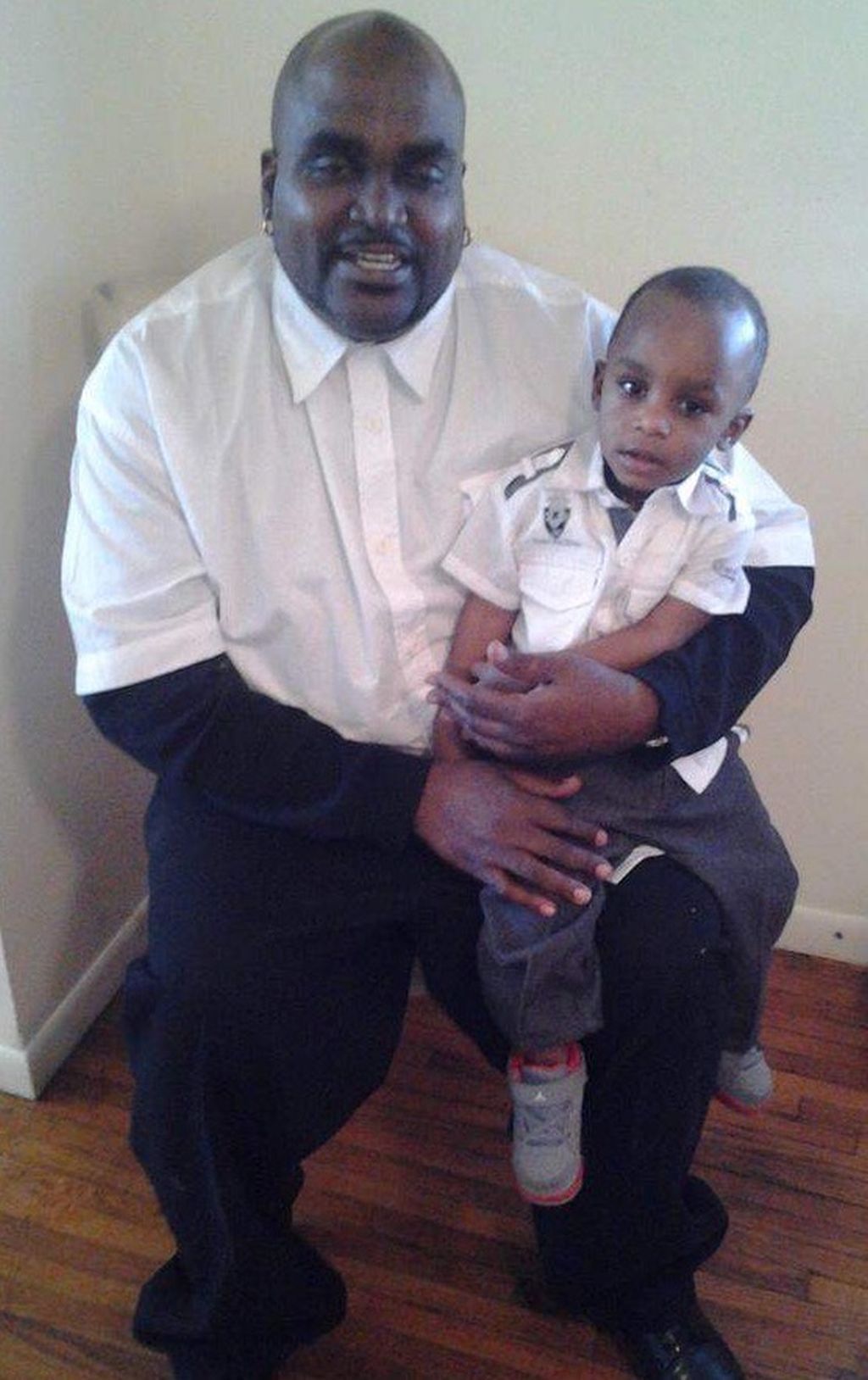 Although Malcolm’s death came 51 years before Terence’s, Malcolm nonetheless mourns him and all victims of America’s so-called criminal justice system. Please allow me to begin this article by celebrating Malcolm’s life and conclude by mourning Terence’s death.

Born Malcolm Little in 1925 in Omaha, Nebraska, he eventually changed his name to El-Hajj Malik El-Shabazz. And he’s known to this day by most Americans as the angry, violent, white folks-hating, Black Muslim. But that’s not him. Not even close.

Early in his life, Malcolm was bitter and destructive. Wouldn’t you have been if as a kid your family had faced an eviction based on a racist law that banned Blacks from buying real estate, if your home had been firebombed by racist arsonists, if your father and three of your uncles had been lynched or otherwise killed by racist thugs, if your widowed mother had been thrown into a mental institution for more than a quarter century by a racist mental health service system, if your seven siblings and three half-siblings had been scattered to various foster families and orphanages by a racist child welfare system, if you had been humiliated in school by a racist teacher, and if you had been jailed by a racist criminal so-called justice system? Well, that’s exactly what Malcolm endured..

Paradoxically, it was that racist criminal so-called justice system that became Malcolm’s salvation. Following a 1946 guilty verdict at age 20 on burglary, larceny, and gun charges as part of a two man- both Black- and three woman- all white- crime ring, he was sentenced to a decade in prison. But two of the white women got suspended sentences. And because she was his girlfriend, the third one got jail time, albeit only seven months. Incredibly, it was in prison that he began to blossom- but not as a shrewd criminal. Instead, it was in the same way as when he had excelled to the top of his junior high school class. Unfortunately, he later dropped out and began his downward spiral not long afterward.

The event that caused him to leave school occurred when, in response to him saying as a straight A eighth-grade student that he wanted to become a lawyer, his favorite teacher, a white man, told him that becoming an attorney was “not a realistic goal for a nigger.”

By 1942, he had left Lansing, Michigan, moved to Boston, and then traveled to Harlem where he had become immersed in drug dealing, pimping, and gambling.

Once incarcerated, he used prison as his new school system. He became a voracious reader. That- combined with his lifelong experience in white America and his communications with his brothers Philbert and Reginald who in 1948 introduced him to the Nation of Islam (NOI) headed by the Honorable Elijah Muhammad- led him to believe that the white man was the devil. After all, a devil is what a devil does. And the white man has irrefutably done a lotta devilment throughout world history. Malcolm converted to the NOI shortly thereafter. And by the time he was paroled in 1952, he had gotten rid of his “Little slave owner” family surname and taken on X, which represented his “lost tribal” name.

About one year out of prison, Malcolm was named minister of the NOI’s Boston mosque and then a year later minister of the Philadelphia mosque. He exponentially increased the NOI’s membership through his compelling charisma and powerful eloquence. He also vastly expanded the readership of “Muhammad Speaks” (now The Final Call) newspaper that began publication in 1961.

Malcolm was described by the New York Times as among the top two sought-after public speakers in America along with Senator Barry Goldwater. This was subsequent to the widespread attention he had received from the mainstream media following the national television broadcast of “The Hate That Hate Produced,” which aired in 1959 with Mike Wallace as host. It was then that Malcolm’s fame began to eclipse everyone in the NOI, including the Honorable Elijah Muhammad. It was also then that dissension arose amongst some members regarding what they perceived as too much attention on Malcolm and not enough on the NOI. That dissension was exacerbated in 1963 after Malcolm started hearing rumors of Muhammad’s alleged relationships with six women and after the “chickens coming home to roost” comment Malcolm made eight days after the assassination of JFK.

Malcolm left the NOI in 1963 and founded the religious-based Muslim Mosque, Incorporated and in 1964 the secular-based Organization of Afro-American Unity. It was in that year that he took his pilgrimage to Mecca. As a result of that hajj, he stopped calling the white man the devil. But he never stopped condemning the white man’s devilment. He also stopped promoting separatism. But he never stopped promoting Black unity and Black independence.

Malcolm is arguably the greatest Black man in 20th century America. And we wish him a “Happy 92nd Birthday.”

Shortly after celebrating his 40th birthday with his twin sister in August, Terence, a community college student and church choir member, sent her a text stating, “I’m gonna make you all proud.” But he couldn’t fulfill that promise because he was executed by a white cop exactly one month later. And when Malcolm spoke about Terence, he said, “Despite the racist American legal system, I’ll get justice for you, Brother Terence, ‘by any means necessary!’” Actually, Malcolm didn’t really say that to Terence. But he would’ve.