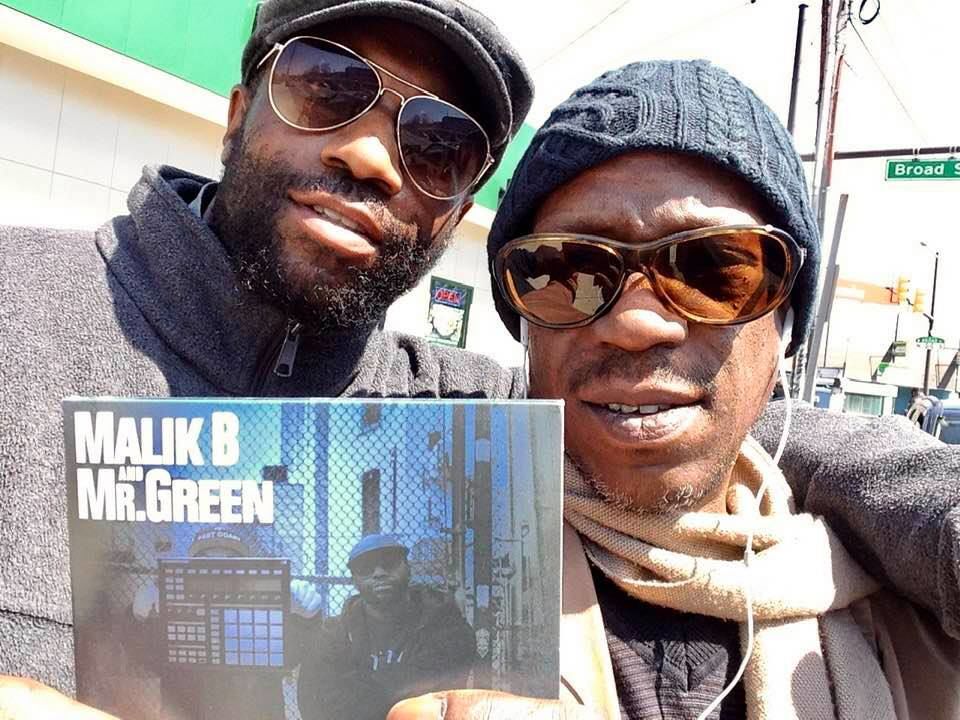 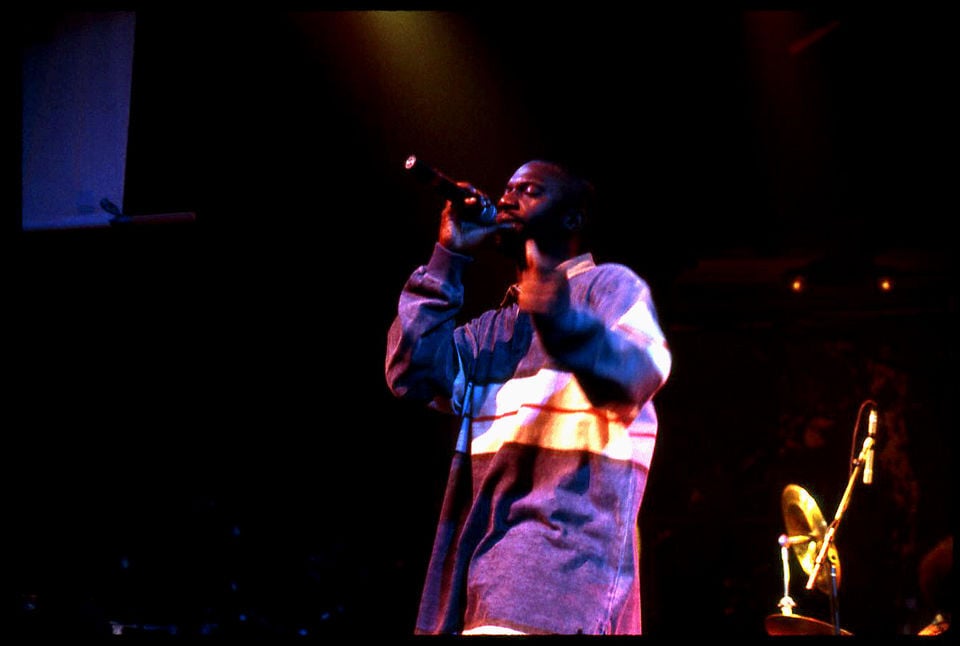 Malik B. performed on the first four albums released by The Roots. — Courtesy of Eric Monroe 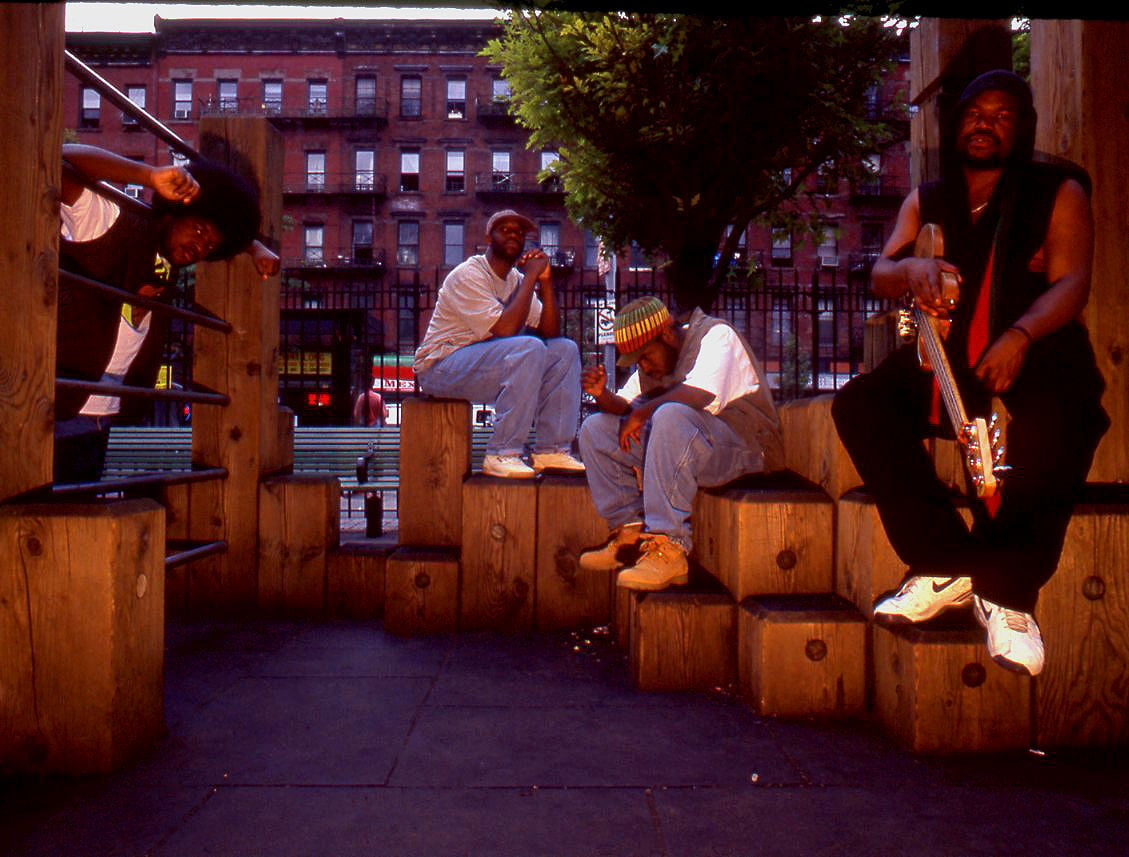 Founding member of The Roots and Bassist, Leonard Hubbard met Malik in 1991 through Tariq Trotter. 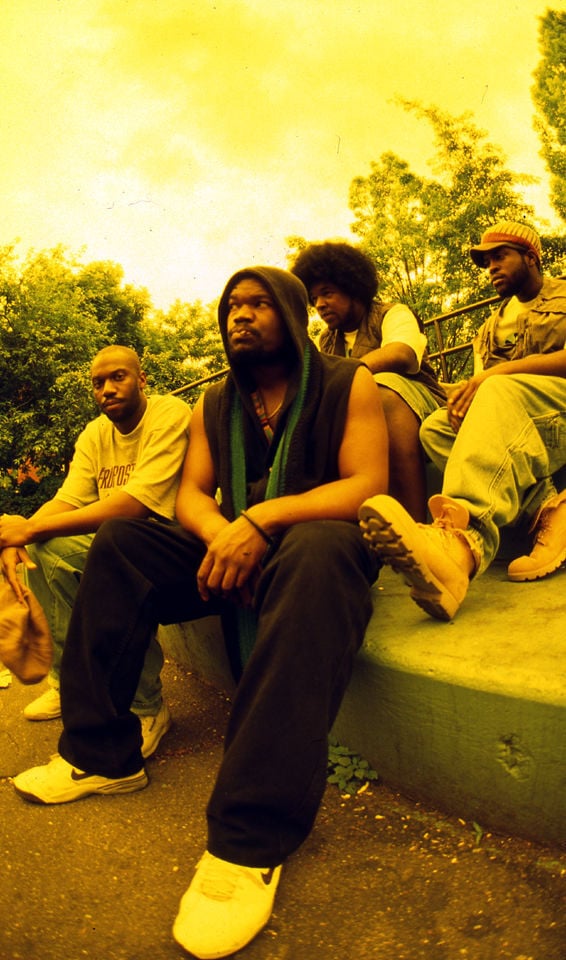 Founding member of The Roots and Bassist, Leonard Hubbard said The Roots wouldn't exist without Malik. — Courtesy of Eric Monroe

Malik B. performed on the first four albums released by The Roots. — Courtesy of Eric Monroe

Founding member of The Roots and Bassist, Leonard Hubbard met Malik in 1991 through Tariq Trotter.

Founding member of The Roots and Bassist, Leonard Hubbard said The Roots wouldn't exist without Malik. — Courtesy of Eric Monroe

One of the founding members of The Roots, Malik B., has died at the age of 47.

“Mourning my beloved cousin today. He was so talented and had a huge heart. I still remember when he and The Roots were starting out. He’d give me and my dad their cassette tapes to listen to. I miss you already, Malik,” Champion tweeted.

The Philadelphia native, whose full name was Malik Abdul Basit, rapped and sang on the first four albums released by The Roots, before he left the group in 1999 and went on to do solo work. He later returned as a featured artist for The Roots’ seventh studio album, “Game Theory,” and eighth studio album, “Rising Down.”

“Water” from The Roots fifth album, “Phrenology,” talks about how Tariq Trotter (Black Thought of The Roots) and Malik met, which led to the eventual development of The Roots.

The song says, “I met Slacks back in, like, ‘91 rapping. We went to Millersville to get away from gun clappin’. It ain’t last. I be in class dreaming ‘bout 50,000 fans up in the stands screaming out.”

Leonard Hubbard, a founding member and bassist for The Roots, shed light on how Malik earned the nickname “Slacks.”

“They used to call him Slacks, because he’d always wear dress pants. At a time when other people were wearing jeans and different types of gear, he was different. He did it because he was always just a laid-back person. I think it had a lot to do with his religion,” he said

Hubbard remembers being introduced to Malik by Trotter in 1991.

“When I first started playing with the group, it was called The Square Roots back then. Malik was one of the rappers rapping along with Tariq Trotter,” Hubbard said.

American bassist and Philadelphia native Jamaaladeen Tacuma was headlining the Moer’s Music Festival in Germany and was looking for Philadelphia acts to join him. Hubbard said Malik went to the same mosque as Tacuma and was able to get an audition for The Square Roots.

“Malik told him about the hip hop group that he was a part of and then they came to my loft apartment in Germantown for the audition,” he said.

Hubbard said the band shared many memorable moments in that Germantown loft.

“We did the audition for Geffen Records at the apartment that I had as well. Geffen A&R executive Wendy Goldstein came in from New York. We were successful in playing that audition and getting signed with Geffen Records,” he said.

Hubbard said he is grateful that his friend will live on in the legacy of The Roots.

“His legacy will be based on the fact that he caused The Roots to happen,” Hubbard said. “Anything and everything associated with The Roots has to be attributed to Malik. A lot of people don’t know that because they don’t know the business side of it. They don’t know that when The Roots didn’t actually form until we got the recording contract with Geffen Records. Tariq, Amir, myself and Malik formed a LLC that ended up registering the trademark of The Roots.”

Trotter used Instagram to remember his friend and former bandmate.

“We made a name and carved a lane together where there was none. We resurrected a city from the ashes, put it on our backs and called it Illadelph,” his post said.

Trotter said the two made each other better by challenging each other through the years.

“In friendly competition with you from day one, I always felt as if I possessed only a mere fraction of your true gift and potential. Your steel sharpened my steel as I watched you create cadences from the ether and set them free into the universe to become poetic law, making the English language your b----,” he said.

The Roots frontman went on to say that he eventually learned he had to accept Malik for who he was and hoped his friend did the same.

“I always wanted to change you, to somehow sophisticate your outlook and make you see that there were far more options than the streets, only to realize that you and the streets were one ... and there was no way to separate a man from his true self. My beloved brother M-illitant. I can only hope to have made you as proud as you made me. The world just lost a real one. May Allah pardon you, forgive your sins and grant you the highest level of paradise,” he said.

West Oak Lane native Carlos Foster met Malik in the early 1990s through a mutual friend and stayed in contact over the years.

Foster said the two of them had long conversations about religion. Malik B. was a Muslim and Foster is a Christian.

“Malik was really deep and heavy into his Islam, and me being a Christian, we always talked about those different things, including religion, life and everything. We often talked about how we served the same god, but it was different religions,” Foster said.

Foster said Malik loved music and was still working behind the scenes, and said he hopes his friend will be remembered for his giving nature.

“He was an all-around good guy, a real people person that would help anyone,” Foster said. “He was the type of guy that if young guys that were up-and-coming rappers, he wouldn’t charge them up to do a verse on their track. Half the time, he did it for nothing, no money at all, just to do it. They could see him and say, hey, we want you to drop a line on a song or whatever for new artists that were coming up, and he was always doing that.”

Hubbard said he will always remember Malik for the way he could turn words into works of art.

“I always admired his ability to take words, phrases and syncopation and turn it into something as wonderful as Charlie Parker and Ornette Coleman on the horn,” Hubbard said. “The way he could flow was something that you couldn’t predict. You didn’t know what he was going to, because he had so much of a musical background he was able to slip things in and all you could do was just sit back and listen. He could make a rap concert feel just as artistic as a Charlie Parker or John Coltrane concert.”