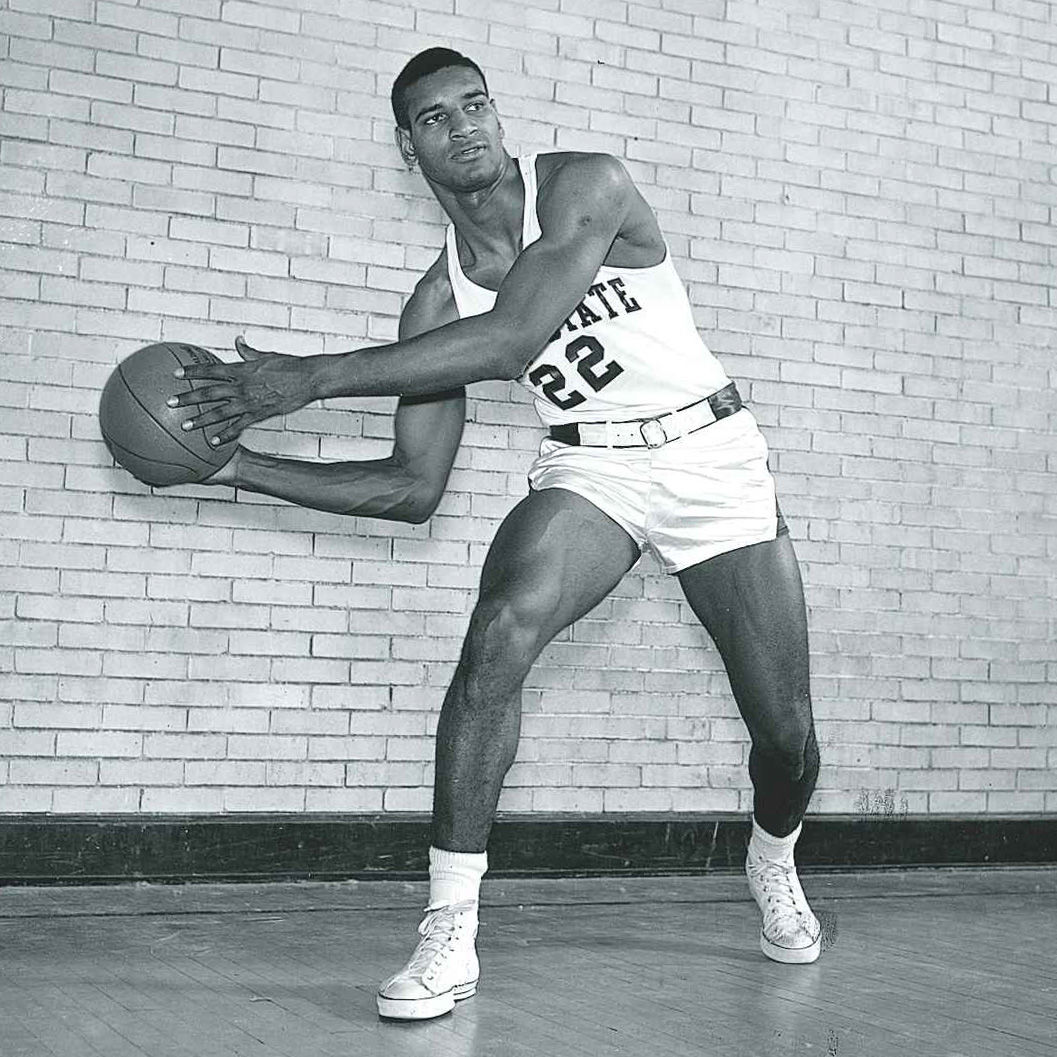 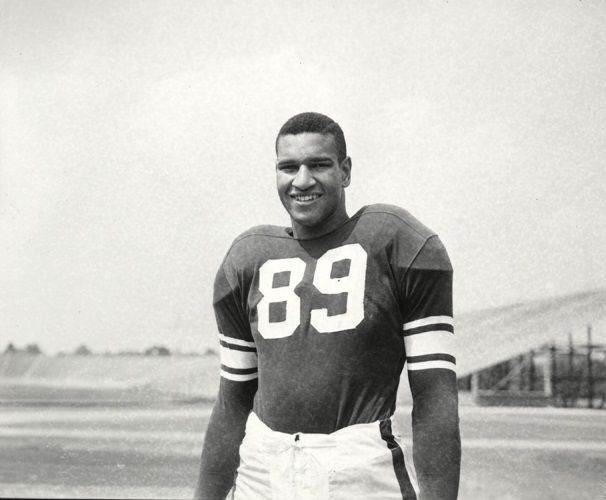 Jesse Arnelle, who was a former Penn State basketball and football All-American, died on Oct. 20,2020, in San Francisco. Arnelle was 86.

Arnelle, a prominent attorney in the Bay Area for three decades, was elected in 1954 as Penn State University’s first Black student body president as a junior and led the Nittany Lions to three NCAA tournament appearances, including the 1954 Final Four.

Penn State’s all-time leading rebounder (1,238) and program’s only first-team All-American in basketball, Arnelle held the Nittany Lion career scoring record for 56 years (2,138 points). Arnelle, a four-year starter and 1955 Penn State team captain, was one of the first student-athletes in the sport’s history with 2,000 career points and 1,000 career rebounds. He was named MVP of the 1954 NCAA East Regional and to the 1954 NCAA Final Four All-Tournament team.

Arnelle, a New Rochelle, New York native, was also a standout on the gridiron for the Nittany Lion football team, playing three seasons as a wide receiver and setting the single-season record for receptions.

He is still the only Penn State men’s basketball student-athlete to lead the Nittany Lions in scoring and rebounding in four consecutive seasons. He owned career averages of 21.0 points game and 12.1 rebounds a game, both of which still stand atop those Penn State lists and season-record numbers of 26.1 points a game and 15.3 rebounds a game during his senior year. His name still stands by six career records, six season records and three game records at Penn State, among them: most points in a half (30), field goals in a game (202) and rebounds in a game (27).

Arnelle holds Penn State’s all-time NCAA tournament scoring record with 202 career points in his three postseason trips as well as NCAA tournament single-game scoring (25 points) and rebounding (22) marks. His four career 40-point games, including a career-high 44 against Bucknell in 1955, are the most in Penn State history. Five of Penn State’s top six single-game scoring marks still belong to Arnelle along with a record 15 games of 30 points or more.

Arnelle, a 1955 graduate with a degree in political science, was drafted by both the Los Angeles Rams and Ft. Wayne Pistons, opting to play basketball professionally and help the Pistons advance to the 1956 NBA Finals. He then served as an officer in the U.S. Air Force and was director in the Peace Corps in Turkey and India.

Arnelle attended Dickinson Law School where he earned his law degree in 1962. He was a trial lawyer with the San Francisco Public Defenders Office and then entered solo practice in criminal and civil law. In 1987, Arnelle formed the corporate defense firm Arnelle & Hastie, named by Black Enterprise magazine as one of the top 12 Black law firms in the country, and retired as senior partner in 1998.

In 1969, Arnelle became the first Black person elected to Penn State University’s Board of Trustees and served for more than 45 years on the board. He was elected as the first Black Chair of the Board Trustees in 1996 an was honored with the designation of trustee emeritus in 2014.

As a trustee, he co-founded the Penn State Renaissance Fund, was a member of the President’s Club, Campaign Steering and Penn State’s National Development Council and lifetime member of the alumni association. Arnelle was presented with the Lion’s Paw Award in June 2000 to recognize those distinguished alumni who have contributed notable services to the university.

He was an active member in the Charles Houston Bar Association and served as president of the San Francisco African American Historical Society.

I was saddened to see that Jesse passed away. I remember him well from our days at New Rochelle HS. He was 2 years ahead of me but we knew each other. I was on the JV football team- Jesse missed a pass at a practice and I still remember him saying to us "You don't want the coach to think I'm infallible, do you?" So modest. I knew he was destined for great things - he did not disapoint. My heart goes out to his family at this time of loss.

I also remember seeing Jesse's father at every game in his auxiliary police uniform. So proud of his son.