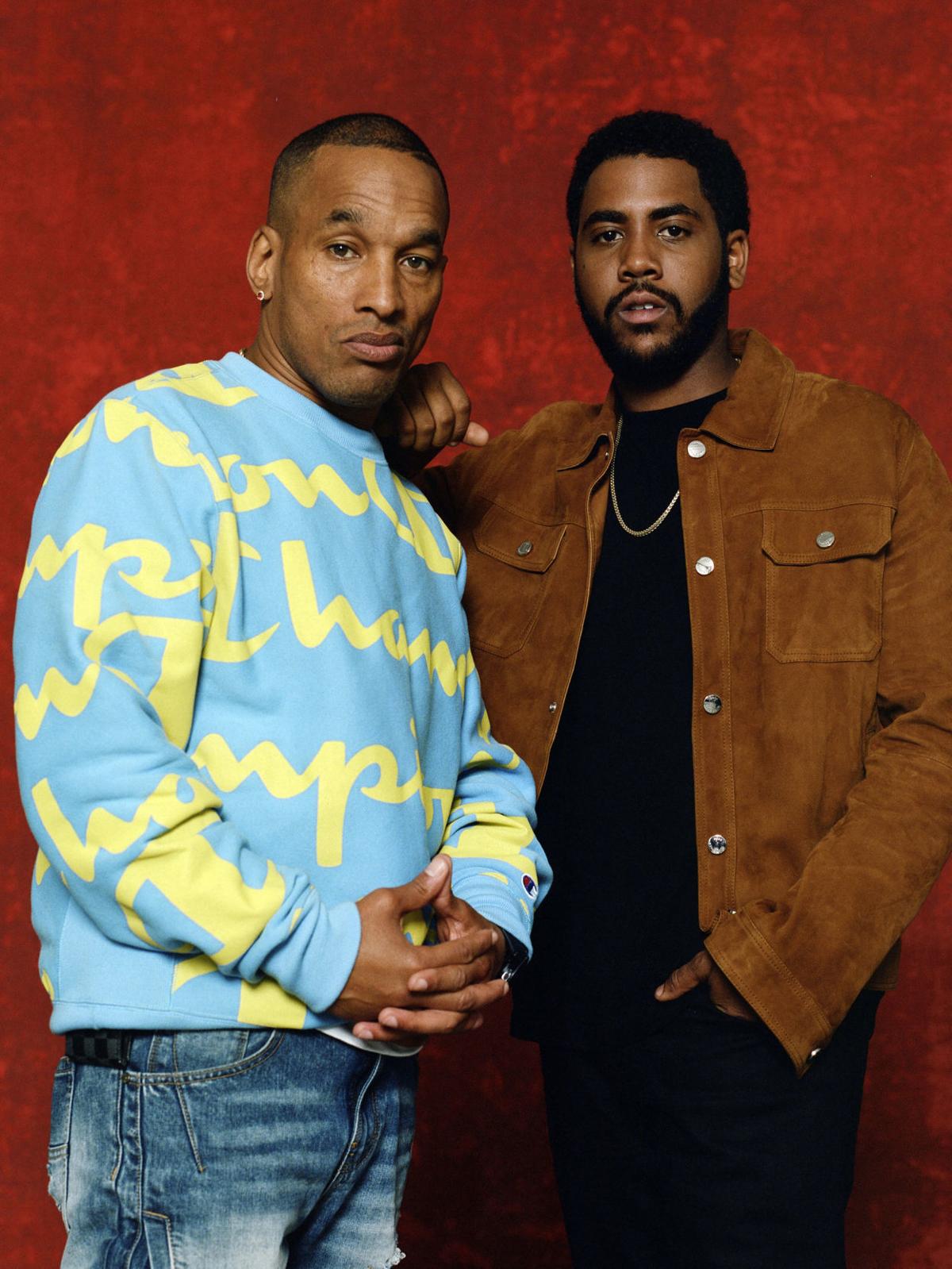 Korey Wise of the Central Park Five, left, and actor Jharrel Jerome in New York, May 10, 2019. The men, whose story will be brought to life in Netflix’s “When They See Us,” discuss the mini-series with their onscreen counterparts. PHOTO: Brad Ogbonna/The New York Times 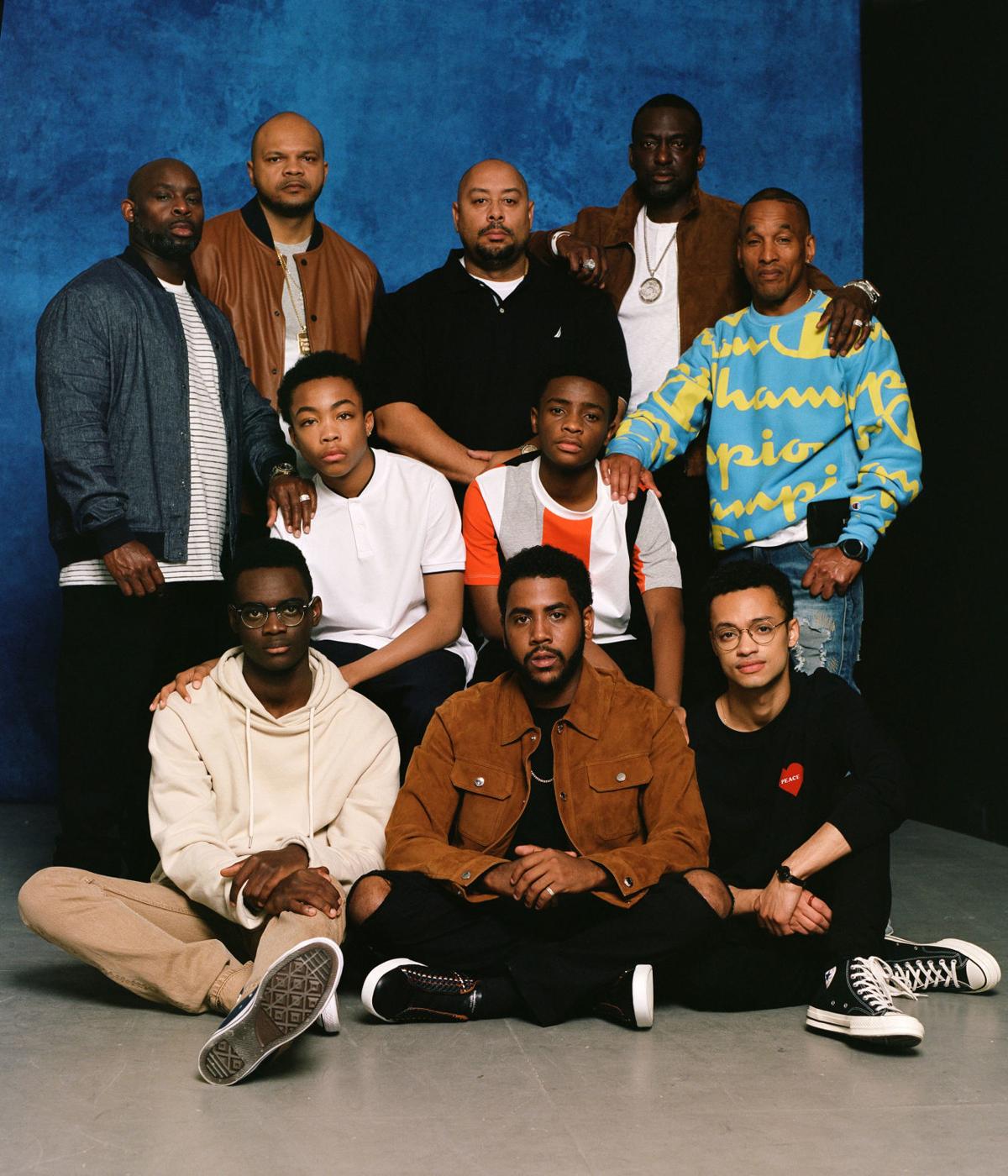 Korey Wise of the Central Park Five, left, and actor Jharrel Jerome in New York, May 10, 2019. The men, whose story will be brought to life in Netflix’s “When They See Us,” discuss the mini-series with their onscreen counterparts. PHOTO: Brad Ogbonna/The New York Times

“When They See Us,” Ava DuVernay’s Netflix miniseries about the 1989 Central Park jogger case, is officially a strong Emmy contender after collecting 16 nominations Tuesday. Among those accolades is a nod for outstanding lead actor in a limited series or movie for Jharrel Jerome, who plays Korey Wise, one of five teenagers who was accused of raping and assaulting a woman in Central Park.

Of the five boys, Wise spent the longest time in prison — more than 13 years — before the confession of another man led to their exoneration. “When They See Us” follows the events of that night, as well as the effects the convictions and media attention had on the boys and their families.

On Tuesday afternoon, Jerome, 21, spoke about his nomination, his relationship with Wise and what the story of the Central Park Five means to him. These are edited excerpts from that conversation.

Q: The last time we spoke, the series hadn’t come out yet. Did you have a sense then how much this would resonate with viewers?

A: It’s what I prayed for — I wanted it for the five men. I prayed that the title would come to fruition, and that we would actually see these men for who they are by name, not by the moniker given to them, “the Central Park Five.” So in terms of seeing the impact reach the world, that right there is a job done for me. Even if just one person says “Wow, I can relate, and I can feel” — it moves me. It’s the biggest blessing, and it goes beyond any nomination and any award. So I’m just happy now.

Q: What has been your biggest takeaway from all the viewer reactions?

A: Just that art imitates life. People can view art as their medicine and as their healing factor, so to be a part of that, that’s everything to me. Just seeing Korey’s (social media) page alone go over 300,000 followers — that blows my mind. That so many people are inspired by him and want to reach out to him, giving him the praise, the respect, the condolences he’s deserved for the past 30 years.

Q: You’ve talked a lot about having a strong bond with Korey.

A: It’s an unbreakable bond. It’s still so strong, and even if we go a while without talking, we’ll always come back and remind each other of how much we inspire each other, how much we love being around each other. I’m here in New York now, so hopefully I’ll get to see him before I get out of here. I’m going to give him a phone call as soon as I’m done.

Q: The series has received a ton of praise, but also criticism, particularly from some of the real-life figures — including the former prosecutor Linda Fairstein — portrayed on-screen. Have you paid any attention to the controversy?

A: No, I haven’t paid much attention to it at all. This show wasn’t about them at all — it’s about the five men, it’s about the positivity and the impact. However the world responds is how they choose to respond. It’s good to know that nobody wants to let anyone go easy, and if you feel pain and hurt from a show, it’s nice to know that there’s people standing up for how they feel. But I haven’t read a single article about it. I’ve just heard it through the grapevine and you know: You nod, and you wave and move on to the next reason you love doing the show.

Q: When you talk about the pain — there are a lot of people who say they haven’t been able to bring themselves to watch the series because of the feelings it might bring up. How do you respond to that?

A: I understand that. I was a part of the show, I spent months doing it, I read the script, I knew what I was going to see, and I even had a hard time watching it. I had to pause it a couple times and breathe through it.

I just pray everyone does find the courage and the strength somewhere to just push through it until the end. Korey and Kevin, Raymond, Yusef and Antron — they didn’t have the choice to shut the TV off. They didn’t have the choice to say “No, I can’t do this, I can’t watch this.” So hopefully, viewers feel that urge to do it for them. But if they can’t, then they can’t. And if they can’t, hopefully that feeling of not being able to is a lesson in itself.

Q: What is the one thing you took away from this that most resonates with you?

A: I’ve learned that it’s our job as artists to go beyond what we think is OK for a film. I think it’s good to step out of the box, and tell stories that challenge the heart and the mind. Doing this show taught me, pretty much, how I want to be in my career, and that’s doing important work like this.