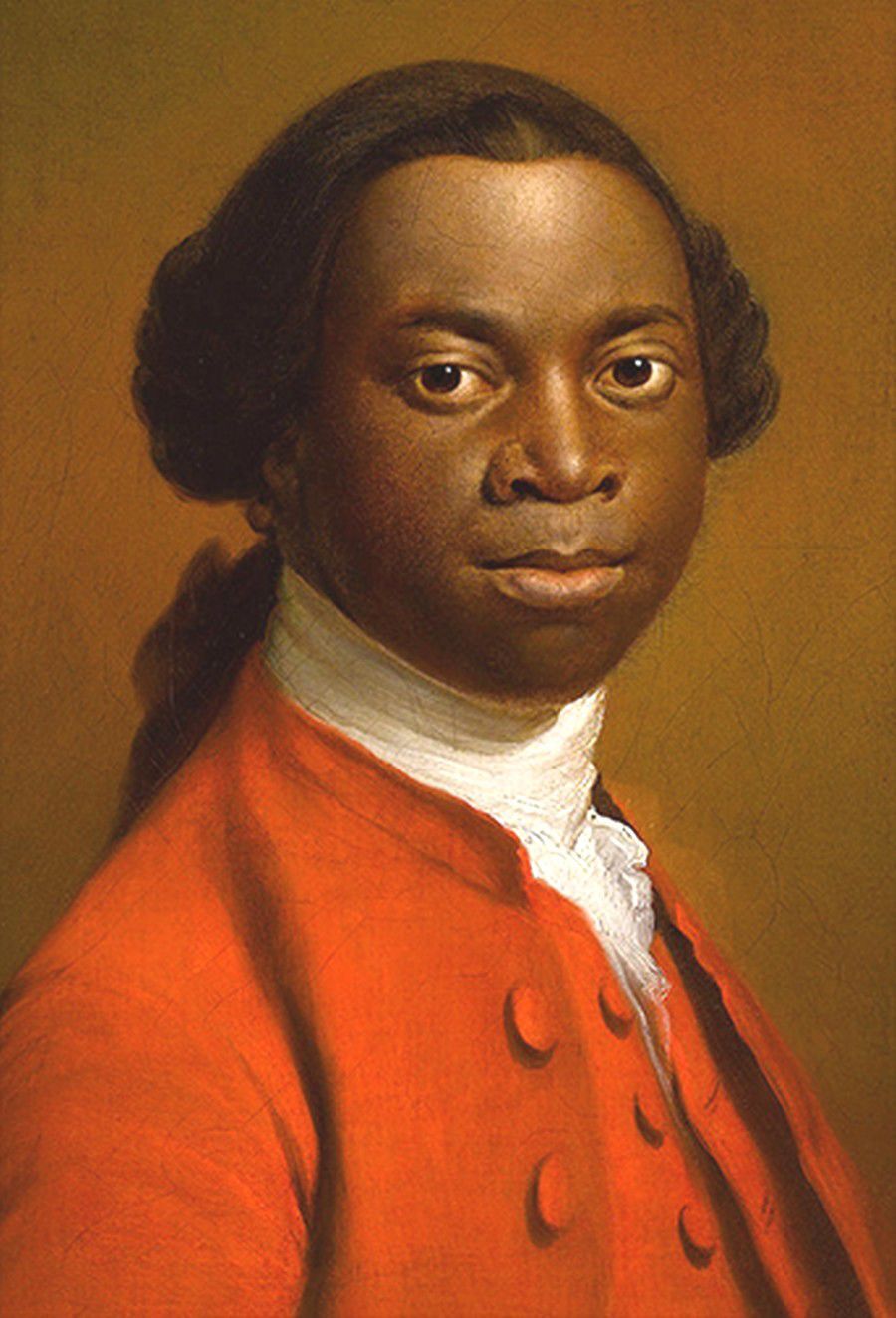 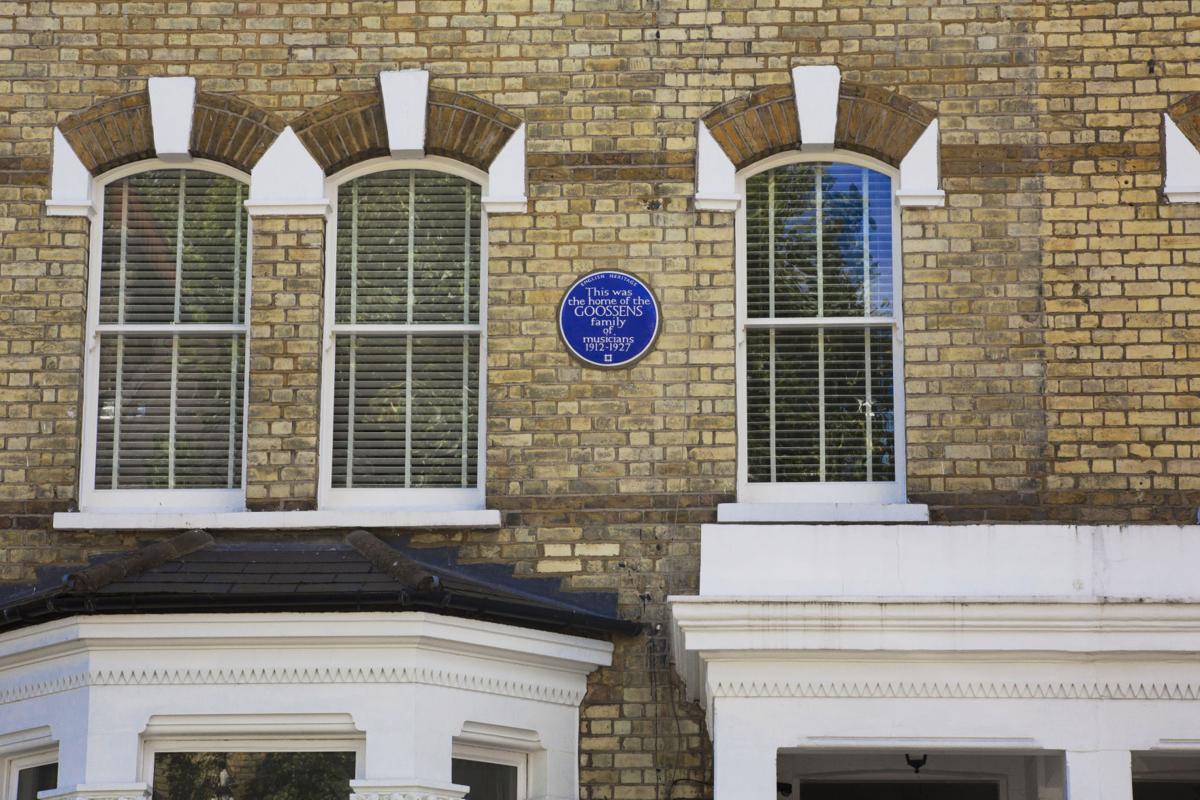 London is dotted with blue plaques to commemorate historically noteworthy residents. The latest addition is a marker for Ottobah Cugoano, who became a writer and campaigner after surviving slavery in the West Indies. — Lauren Fleishman/The New York Times 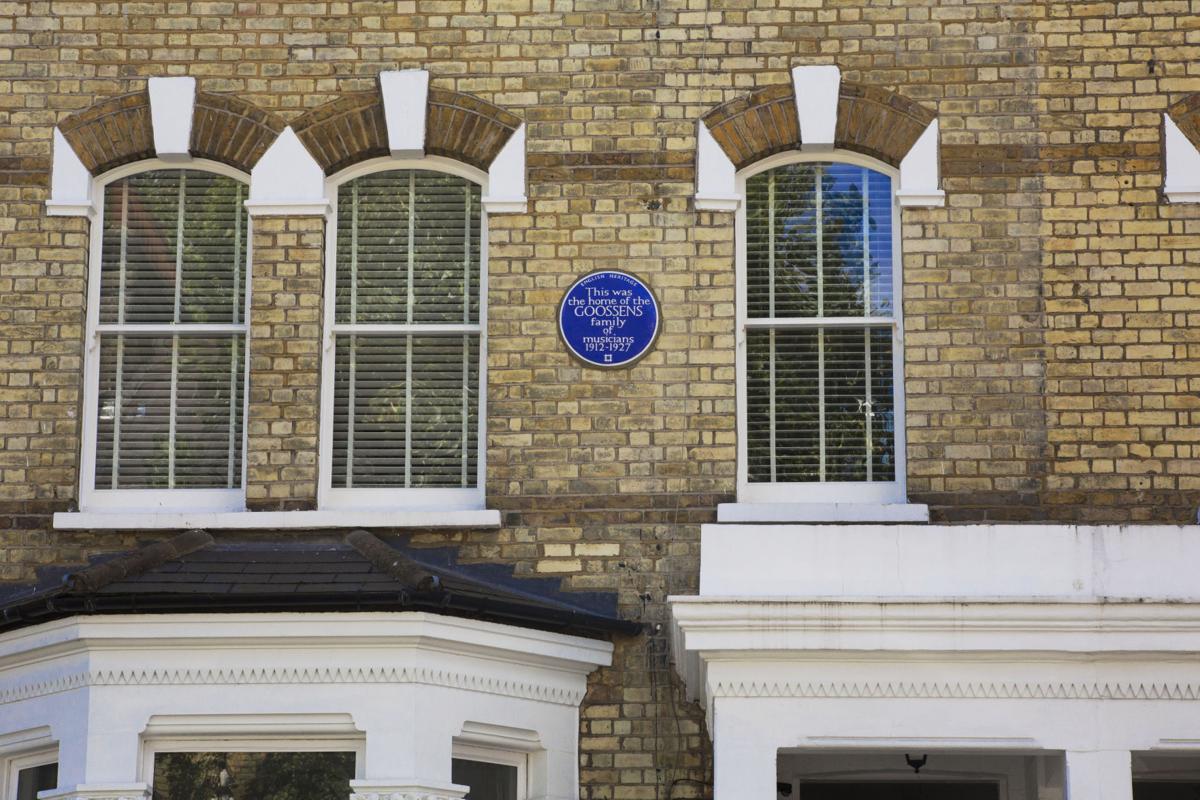 FILE — One of the many round blue plaques, this one along Edith Road, that dot buildings around London to commemorate the lives of notable historical inhabitants, June 21, 2018. Ottobah Cugoano, who became a writer and campaigner after surviving slavery in the West Indies, has become the earliest Black Londoner honored with one of the English Heritage program’s blue plaques. (Lauren Fleishman/The New York Times)

London is dotted with blue plaques to commemorate historically noteworthy residents. The latest addition is a marker for Ottobah Cugoano, who became a writer and campaigner after surviving slavery in the West Indies. — Lauren Fleishman/The New York Times

FILE — One of the many round blue plaques, this one along Edith Road, that dot buildings around London to commemorate the lives of notable historical inhabitants, June 21, 2018. Ottobah Cugoano, who became a writer and campaigner after surviving slavery in the West Indies, has become the earliest Black Londoner honored with one of the English Heritage program’s blue plaques. (Lauren Fleishman/The New York Times)

LONDON — An 18th-century anti-slavery campaigner and author, Ottobah Cugoano, has become the earliest Black figure to be honored with one of London’s iconic blue plaques, the heritage organization that manages the program said Friday.

The plaques, dotted on buildings around the city for the past 154 years, offer tiny tributes to the men and women who have made the British capital what it is. But more often than not, they have been dominated by the tales of white men.

In recent years, English Heritage, which manages what is now a nationwide program to celebrate notable figures and the places they lived and worked, has been trying to change that.

Cugoano, considered a hero of the anti-slavery movement in Britain, was enslaved as a teenager and later became a prominent campaigner and writer, denouncing the evils of slavery and making arguments against the slave trade that were considered radical for the time.

Historian David Olusoga, who serves on the panel that commissions new plaques, called Cugoano a “remarkable man” who had known and survived the horrors of slavery and then “used words and arguments to fight against the slave trade and slavery.”

“Cugoano was a true pioneer — the first African to demand the total abolition of slavery and one of the leaders” of London’s Black community, Olusoga said in a statement. “I am delighted that English Heritage is celebrating his life with a blue plaque.”

Cugoano was born in what is now Ghana but described in his writing being kidnapped by fellow Africans while playing in a field with other children and then sold to Europeans. He was transported to the West Indies, where he was enslaved on a plantation in Grenada.

In 1772, he was taken to England by a prominent slave owner and eventually became free, though the historical record on how exactly that happened remains murky.

The plaque honoring him was affixed to the 17th-century Schomberg House in Westminster in central London, where Cugoano worked as a servant from 1784 to 1791 while writing and campaigning.

While living there, he wrote the book, “Thoughts and Sentiments on the Evil and Wicked Traffic of the Slavery and Commerce of the Human Species, Humbly Submitted to the Inhabitants of Great-Britain.” It is believed to be the first anti-slavery book written by a Black person and published in Britain.

The blue plaque program’s long list of honorees was dominated by white men from the start; while plaques have been given out since 1866, it wasn’t until 1954 that the first plaque honoring a notable person of minority ethnic origin was installed, in honor of Mohandas Gandhi.

More than 950 of the plaques adorn London’s buildings, but just 4% of them are dedicated to Black or Asian figures. That doesn’t reflect the city’s diversity now or in the past. About 3.9 million current residents of London — some 43% of the city’s population — are from Black, Asian and other minority ethnic groups.

The organization said that the low representation of people of color was partly explained by the long list of criteria for plaques — including that they should only be placed on the original building where someone lived or worked — “and by the all-too-frequent lack of historic records to establish a definitive link between the person in question and the building in which they lived.”

In the case of Cugoano, there were clear records, and the historic building he lived in survives intact, offering “a very rare opportunity to honor a Black Londoner of the 18th century,” the organization said.

This summer, after Black Lives Matter protests swelled on the streets of London, with some protesters demanding the removal of public tributes to figures with links to the slave trade, London’s mayor ordered a citywide review of diversity in public spaces.

English Heritage said its plaques were part of that review but that it had no plans to remove any of them from the streets and buildings of the capital.

“Our priority is to add more information online about many of the people who have blue plaques, in particular those whose actions are contested or seen today as negative,” it said in a statement at the time. “Our aim is to provide online as full a picture of their lives and legacies as possible.”