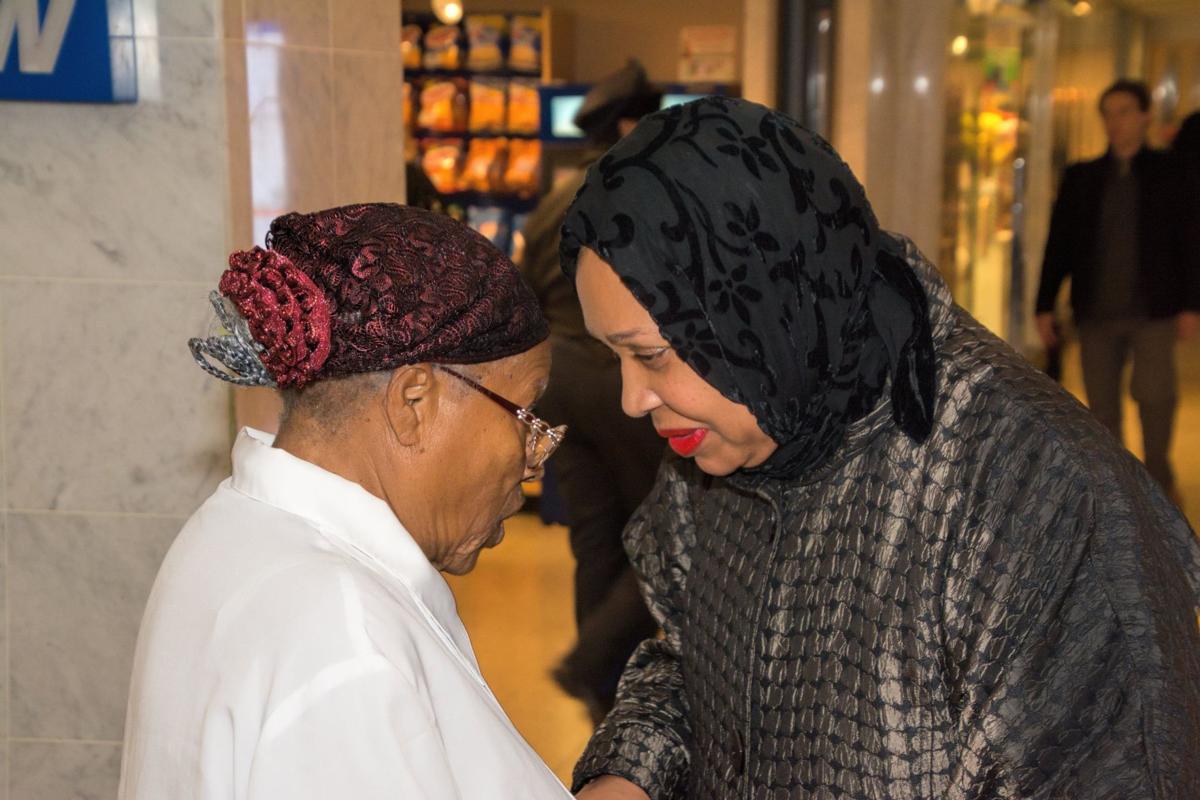 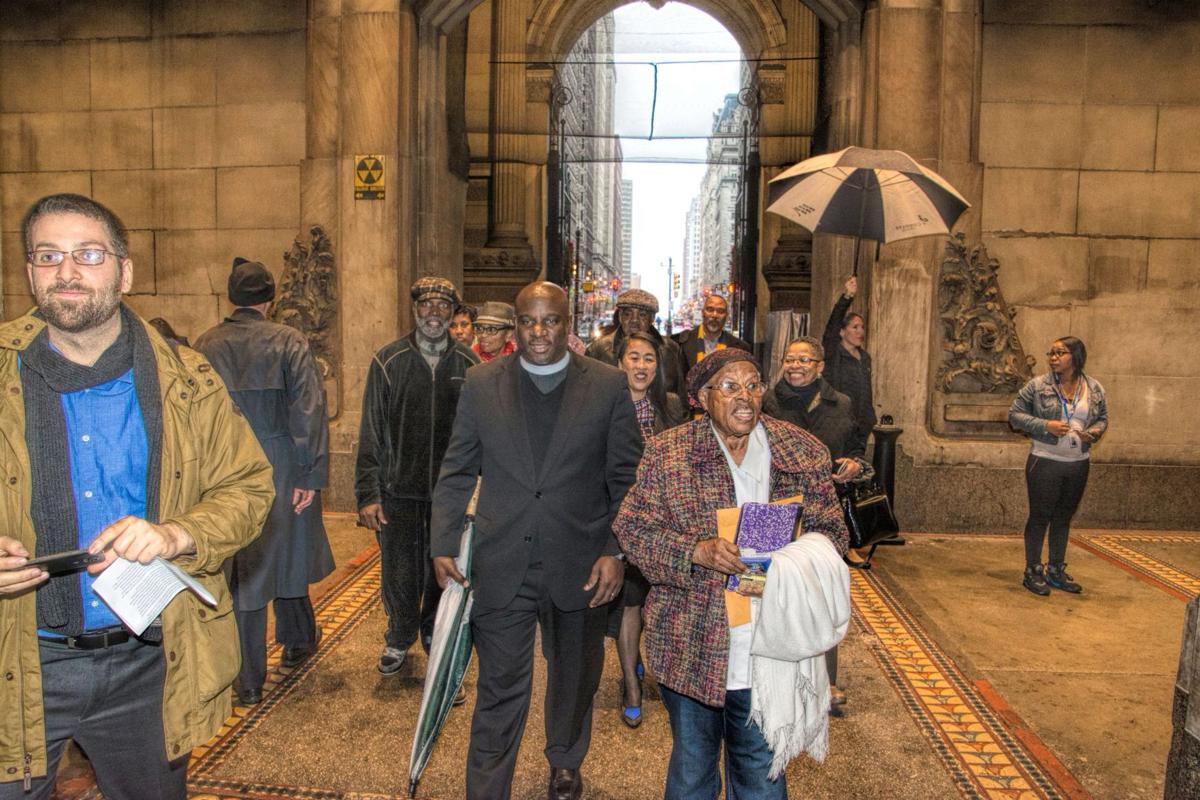 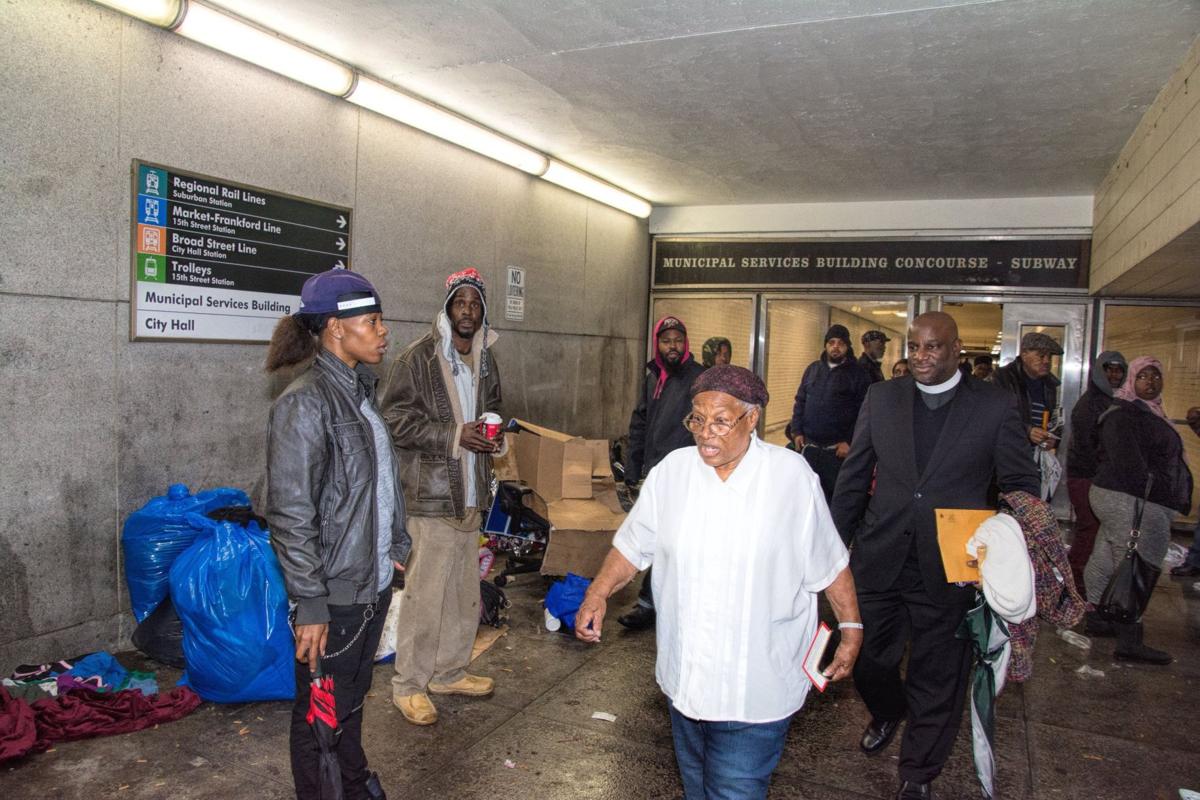 Because of the rain, Opal Lee took her Philadelphia walk underground.

The 90-year-old Texas native started out at the subway station on 15th Street near JFK Boulevard, then made her way down to the concourse by way of Suburban Station and later returned on the other side of City Hall, completing a full 2.5-mile trek.

Along the way, people gave her hugs, kissed her on the cheek and held on to cards describing her Juneteenth mission. Lee is walking to build support toward making Juneteenth a national holiday.

“Our young people are really not aware of the celebration and its significance,” Lee later said en route to the next state in which she’ll walk. “If you know that we weren’t free on the Fourth of July, we have an obligation to make Juneteenth a unifier.”

Pennsylvania makes the 11th state in which Lee has taken her walk since beginning in her hometown of Forth Worth, Texas, on Sept. 1. Since then, she has walked in such states as Colorado, Wisconsin, Louisiana and Virginia. Lee wants to conclude her effort in Washington, D.C., where she hopes to meet with President Barack Obama about issuing an executive order for the holiday.

“Can I not dream with the stroke of the pen that he can do that?” Lee said.

When Ronald Brown, president of the Pennsylvania Juneteenth Coalition, first received word from Lee’s family about her effort, he couldn’t believe at her age she was making such a walk.

Lee’s family also reached out the Rev. Mark Tyler, senior pastor at Philadelphia’s historic Mother Bethel AME Church. Together, they arranged for Lee’s walk in Philadelphia, which took place on Tuesday, despite the rain.

Lee left with good feelings about her venture in Philadelphia. “It was fabulous, what more can I say?” she said, laughing.

“Mrs. Lee has an electric personality,” Tyler said. “She has the ability to transform the world.”

Although Tyler considers Philadelphia not the friendliest of places, he said Lee’s walk exceeded expectations. Her charm helped open up people who otherwise had their guard up. Even police officers gave her a hug.

“I likened it to a Christmas movie special,” he said.

Juneteenth, generally celebrated on June 19, is the oldest celebration of the end of slavery in the U.S.

Although slavery was abolished through the Emancipation Proclamation in 1863, it wasn’t until 1865 when Union soldiers landed in Galveston, Texas, that many slaves in the Confederate South knew they were free.

Tyler said making Juneteenth a national holiday helps America as a whole deal with slavery. Slavery as a topic is still surrounded by misconceptions, myths and sometimes skipped over in history lessons. As a country, America has yet to fully move on from slavery, according to Tyler.

“[Juneteenth] is an educational tool and inspirational not just for African Americans, but for all Americans,” he said.

Tyler said Lee’s visit gave him and Brown a chance to meet for the first time. Now they are planning New Year’s Eve events and future Juneteenth events for the community.

As for Lee, she continues her walk until she meets President Obama.

“I’m hoping before the next person gets into office, I’ll get an audience with him,” she said. “If not, I’ll keep on walking.”

Lee has a website, opalswalk2dc.com, where people can sign a petition to have Juneteenth designated as a National Day of Observance. She also takes donations to assist with her travels.