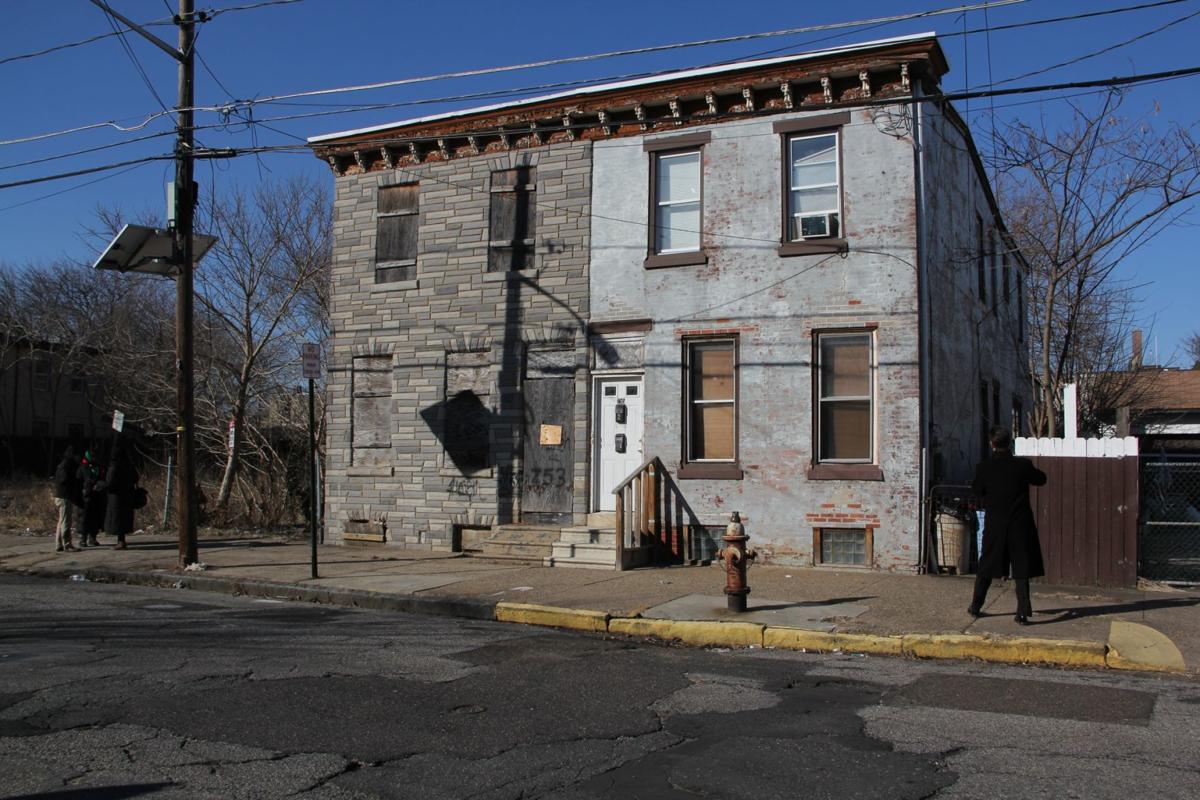 Martin Luther King Jr. stayed in the back bedroom of the house at left on Walnut Street in Camden, according to the owner who inherited the property from her father-in-law. — WHYY Photo/Emma Lee 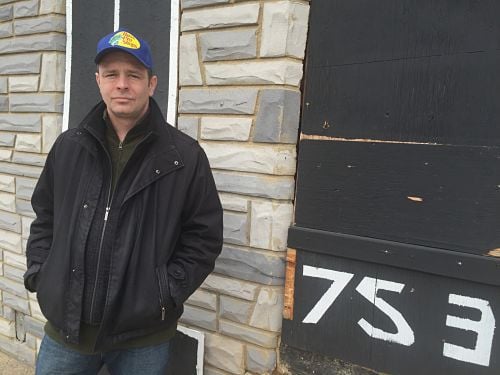 Patrick Duff, an activist and amateur historian who proposed adding the Camden house to the New Jersey Register of Historic Places, stands in front of the home. — Tribune Photo/Linn Washington Jr.

Martin Luther King Jr. stayed in the back bedroom of the house at left on Walnut Street in Camden, according to the owner who inherited the property from her father-in-law. — WHYY Photo/Emma Lee

Patrick Duff, an activist and amateur historian who proposed adding the Camden house to the New Jersey Register of Historic Places, stands in front of the home. — Tribune Photo/Linn Washington Jr.

Top Black elected officials in New Jersey have been silent on a state decision to not recognize the historic significance of a Camden house associated with the Rev. Martin Luther King Jr.

New Jersey state Sen. Ronald Rice, head of New Jersey’s Legislative Black Caucus, also did not respond to requests for comment. Rice, additionally, is a member of New Jersey’s Martin Luther King Jr. Commemorative Commission, which has not participated in efforts to elevate recognition of King’s historic “firsts” in the Garden State.

Their silence is disheartening, said Lloyd Henderson, president of the Camden County East Chapter of the NAACP.

“This part of African-American history is New Jersey history,” Henderson said. “What is so heartbreaking is to have this happen when Democrats are in charge. These politicians only come around at the time to vote. But when it’s time to work they’re not around.”

The failure to recognize the historic significance of the house is “a total disrespect” of King’s legacy, said Jak Beula, founder of the Nubian Jak Community Trust, an organization that works to recognize Black history in England.

Britain is one of several countries that have tributes to King’s activism. Others include Ghana, Hungary, India, Israel and Mexico. Scores of U.S. cities have streets named in honor of King, including some in New Jersey and Philadelphia.

The Camden house in question is where King, then a young seminary student, planned his first formal protest against racism.

King and three companions would stage a sit-in at a cafe in nearby Maple Shade that refused to serve Black people. On that day, in June 1950, the white cafe owner refused to serve King and his companions, and chased them from the premises with a gun.

King and his companions pressed criminal charges against the cafe owner that resulted in the owner’s conviction. King listed the Camden house, at 753 Walnut St., as his address on the police report.

The civil rights lawsuit later was dropped, largely due to the failure of white witnesses to testify.

It was so significant to the budding civil rights leader that he sought postponement of his brother’s wedding to attend the court proceedings, according to news accounts from the 1950s.

King described the Maple Shade sit-in as his first during a 1961 press conference in Philadelphia. The Maple Shade protest was several years before King helped lead the history-changing bus boycott in Montgomery, Alabama — the event that catapulted him to national prominence.

When activist Patrick Duff presented this information to the New Jersey Historic Preservation Office as part of a preliminary application to have the Camden house added to the state registry of historic places, the office spent four years reviewing the request before it determined it was not sufficient.

“The possibility of identifying a site in New Jersey significant for an association with the Rev. Dr. Martin Luther King Jr. has been exciting. Dr. King (1929-1968) was a civil rights leader of transcendent importance in American history,” wrote Ray Bukowski, assistant commissioner of the state’s Department of Environmental Protection, in a Jan. 31 letter to Duff.

However, Bukowski continued, “We have found that the weight and caliber of evidence does not support claims … with regard to the presence of Rev. Dr. Martin Luther King Jr. at 753 Walnut Street.”

The letter continued: “Please do not misunderstand this finding. It does not mean that Dr. King was never present at 753 Walnut Street. It does mean that Dr. King neither lived nor resided there. His visits to 753 Walnut Street were just that: visits. The preliminary application has failed to demonstrate how many such visits there were, when they occurred, or how long they lasted.”

Bukowksi also noted that there have been “minimal” references to the Camden house and the Maple Shade sit-in in biographies about King.

“One can never say accurately that the site of the first formal protest by the most consequential, transformative person of an era has ‘minimal’ historic importance without either being deceptive or ignorant of American history,” said Asante, professor and chairman of the Department of Africology and African American Studies at Temple University.

Duff condemned the Historic Preservation Office’s decision and the process it used to arrive at that decision.

“Saying Dr. King’s first civil rights incident is of minimal historic importance to U.S. history is tantamount to saying the construction of the pyramids is not important to Egyptian history,” Duff said.

New Jersey’s Historic Preservation Office denied, on the day before the start of Black History Month, a spot on the state’s Register of Histor…

New Jersey has frozen nearly $1 billion in spending on property tax relief, lead abatement and a slew of other programs as it braces for “prec…

ATLANTA — The last thing Martin Luther King Jr. ever wanted to do was get arrested.