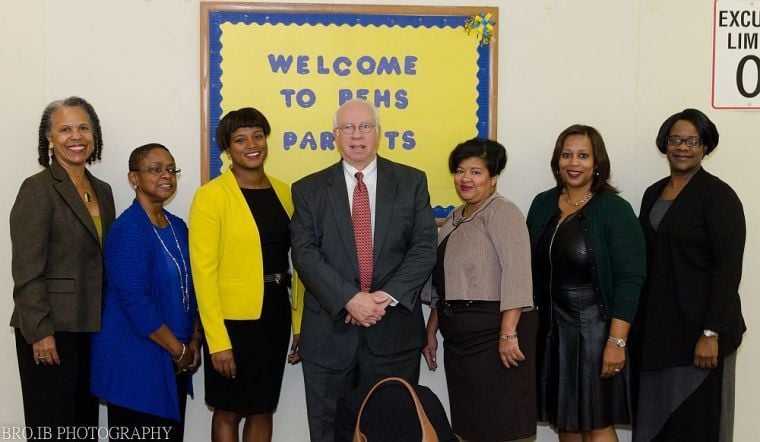 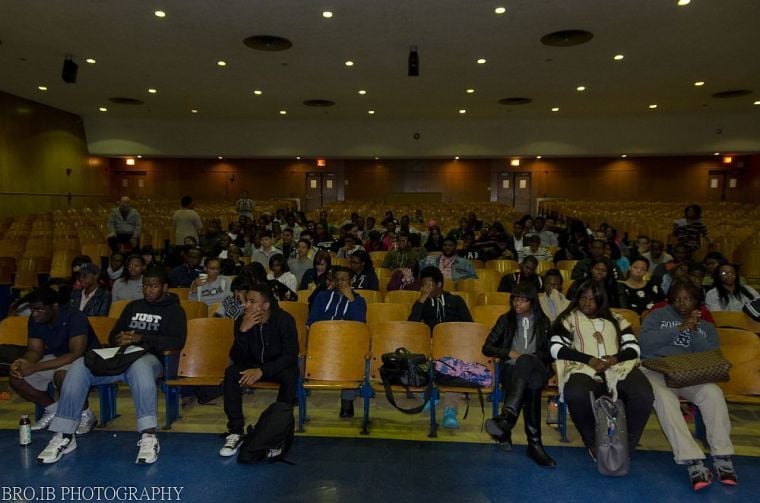 Judicial Council President & Philadelphia Municipal Court Judge, Karen Simmons along with members of The Clifford Scott Green Chapter of the National Bar Association kicked off the 2014 College Mentoring Workshop Series at Benjamin Franklin High School yesterday. The pilot program reached 180 high school seniors who heard from prominent local Judges in the city on the importance of furthering their education.

The event was originally created to help 12th grade students with the college selection and application process. Students received direct mentoring from judges that helped aid them through the selection of schools, direct one on one support in completing college applications and providing a backdrop on choosing and pursuing a career of choice. The formal presentation took place at 8:00am and followed with a one on one college application assistance workshop at 9:00am.

“You can be whatever you wish to be if you are willing to make a sacrifice,” said U.S. Federal Judge C. Darnell Jones II who addressed the students on the importance of achieving your goals. The college mentoring series is an excellent way to outreach to tomorrow’s rising stars, giving them face to face access to the judiciary in additional to educational resources. Common Pleas Court Judge, Jacqueline F. Allen stressed the importance of striving for excellence to the morning crowd of seniors, “You do your best and the best will follow.”

Program participant and newly elected senior class President, Abu Kanu, received advice and help with his college applications from Judge C. Darnell Jones II. Kanu is a native of Sierra Leone with hopes to attend Princeton to become a lawyer. Judge Jones offered educational and career advice to the promising senior and will serve as a mentor for the impressive senior. Additional mentoring days at Benjamin Franklin High School have been confirmed for Thursday, October 23rd, Wednesday, November 12th, and Friday, November 14th from 8am-10am.

A second workshop series is also confirmed to begin at Martin Luther King High School on Tuesday, October 28th and is scheduled to run through Wednesday, October 29th. Named after the notable United States District Court for the Eastern District of Pennsylvania Judge, the late Clifford Scott Green, the Judicial Council was established in 1995 to enhance the image of the judiciary and to improve the quality of life in the community by greater communication between the judiciary and the community through educational enlightenment as to the manner in which the legal process serves the community and to encourage judicial participation in the minority bar associations, both nationally and locally.