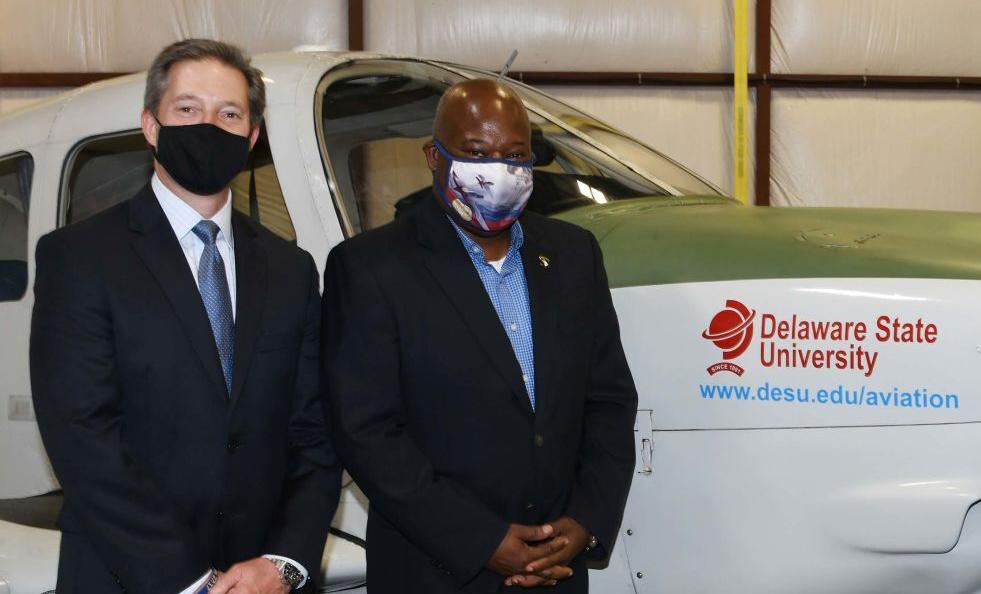 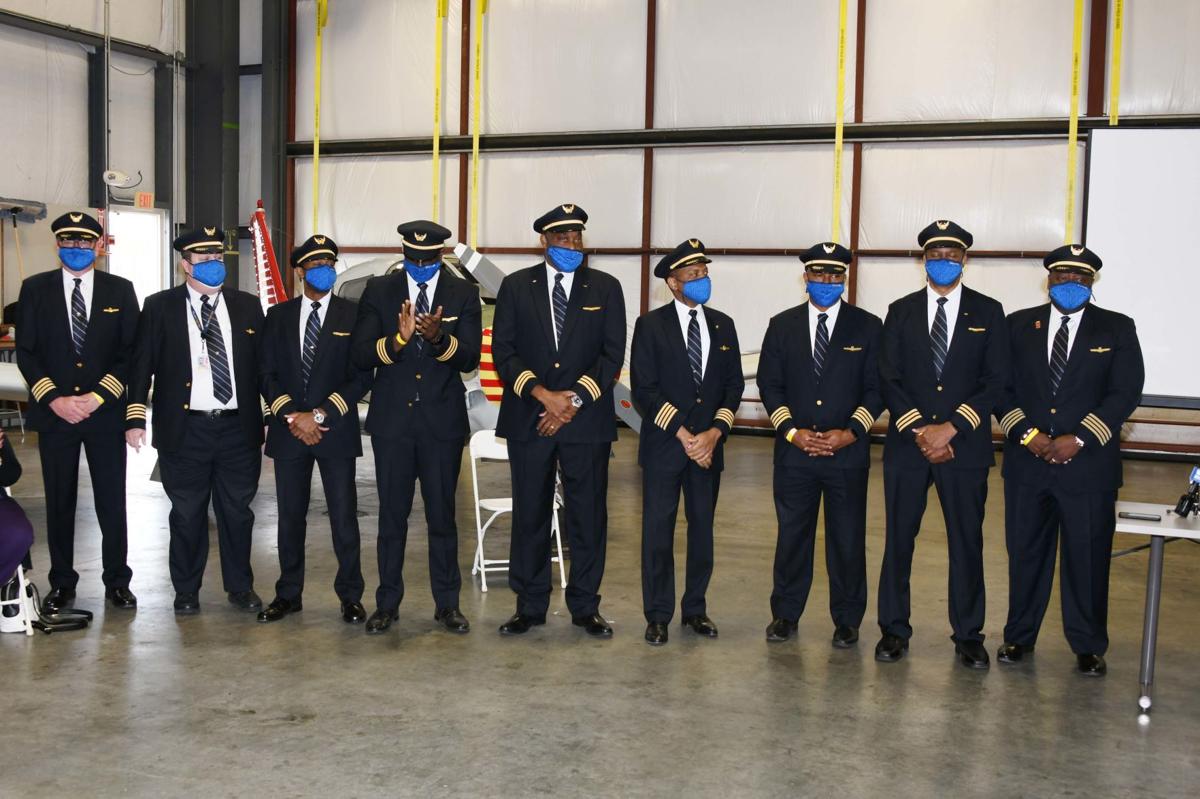 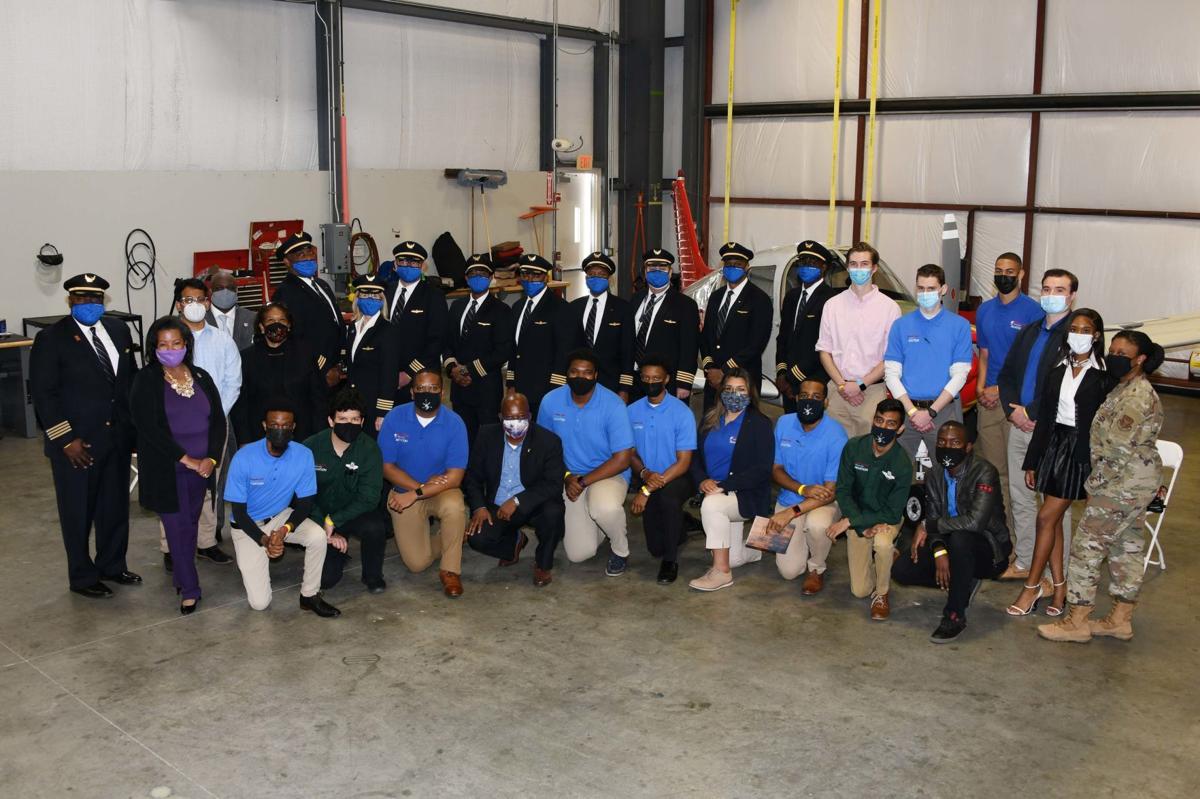 Delaware State University (DSU) aviation graduates will have a direct path to becoming a pilot with a major airline through a new affiliated partnership between the university and United Airlines.

Through their Aviate Academy, the only flight school of a major U.S airline, United plans to train 5,000 new pilots by 2030 with a goal that at least 50% of them will be women or people of color.

Aviate will work closely to establish relationships with Historically Black Colleges and Universities (HBCU) as another source of underrepresented pilots. Delaware State University was selected as their first partner.

United also aims to hire more than 10,000 pilots in the next decade and have the largest fleet of wide-body aircraft in North America, offering new candidates opportunities to advance their careers within United Airlines.

“We have a tremendous opportunity to build our commitment to diversity, equity and inclusion in 2021 and beyond,” said United Airlines President Brett Hart.

“Inspired by the Aviate motto, ‘Love to fly, born to lead,’ we look forward to working side by side with our partners at Delaware State University, and we welcome the next generation of aviators to the flight deck.”

“When a student graduates from DSU’s aviation program with all of their FAA certifications and their degree, they usually go off via flight instructor with us or somewhere else to get their 1,000 hours,” said Michael Hales, a retired U.S. Army lieutenant colonel and director of aviation programs at Delaware State.

“Once they’re hired by a regional airline, they spend about two to three years there before they upgrade to captain at that regional,” he added. “They spend another seven years before they can have an opportunity at going to United, Delta, JetBlue, Southwest or American Airlines. That includes FedEx or UPS as well.

“When it comes to diversity, equity and inclusion, you cannot hope for better, you have to do better,” Allen said. “That starts with leadership and partnership. As the No. 1 provider of pilots of color in the country, we’re proud of United’s leadership and excited about the partnership.”

Most students obtain at least 350 hours upon completion of their certificates — and if they apply themselves to teaching others during their last year, they can come close to 1,000 hours.

The aviation management track prepares students to step into the roles of airline executives, management and supervisors.

“Over four years, you’ll spend less here than you will anywhere else on the East Coast United States learning how to become a professional pilot,” Hales said.

“We also offer free discovery flights. We will take you flying in an airplane with an instructor for 30 to 45 minutes just to let students try aviation and to see if this is something that they could be interested in,” he added. “About 90% of the students [are] in my aviation program at DSU because the discovery flight put them over the goal line.”

Delaware State University has the largest fleet of aircraft of any HBCU with an aviation program. The university also has the lowest flight lab fees on the East Coast.

“As a program, we were already getting our students hired, but now with this partnership with United the students can get to a major airline a lot quicker and that is huge,” Hales said.

When La Salle University alumna Gaye Riddick-Burden found out that a nursing scholarship would be named after her at her alma mater, said she …

A Philadelphia high school teacher has published the first edition of a new comic book series.

A senior at the String Theory School is getting a full ride to Spelman College in Atlanta.

School District of Philadelphia students, parents, and caregivers who have been struggling with emotions, thoughts, and stressors during the c…