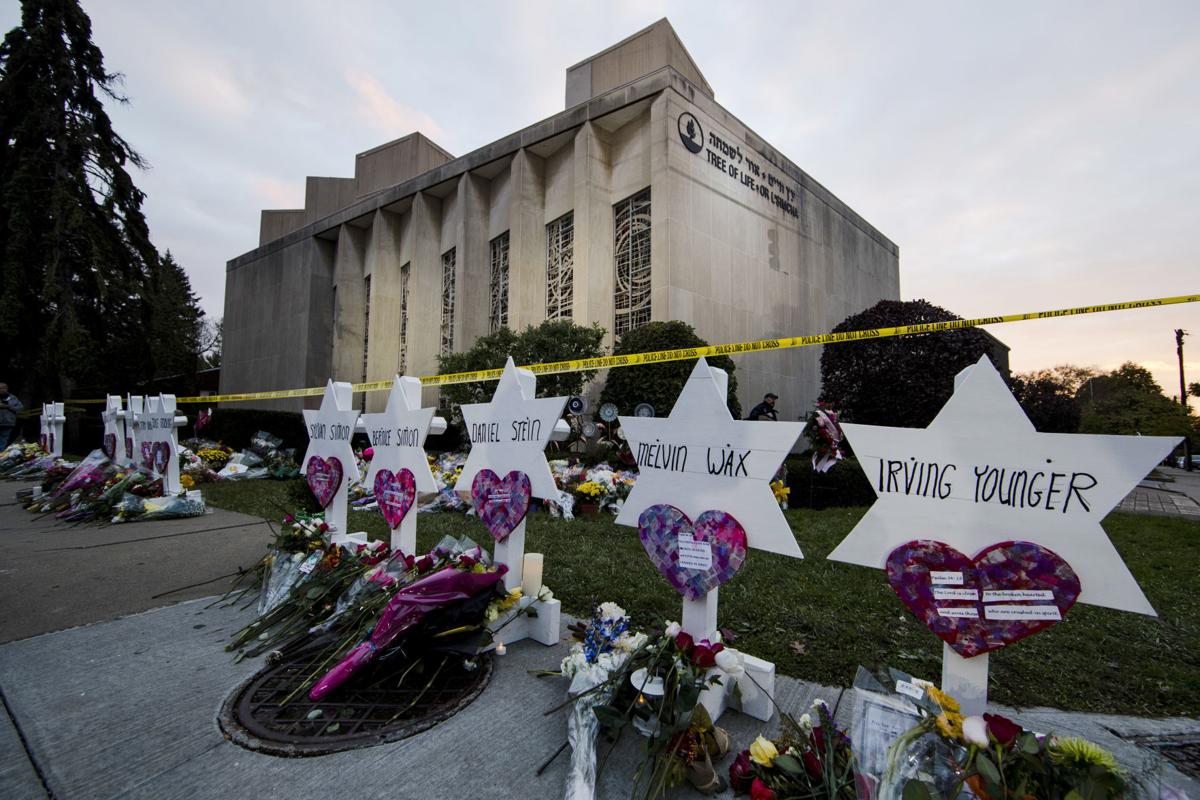 A makeshift memorial was created outside the Tree of Life Synagogue in Pittsburgh in the wake of the shootings that killed 11 worshipers in October. — AP Photo/Matt Rourke, File 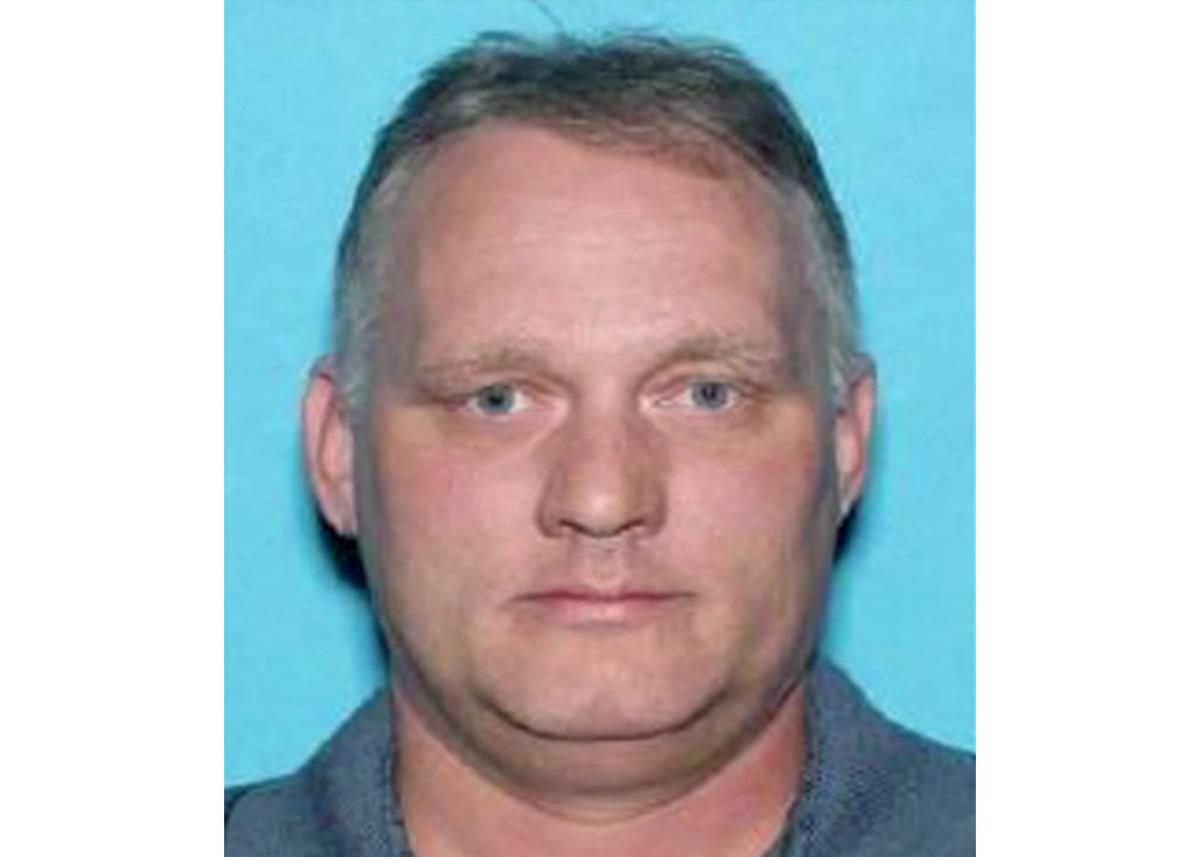 A makeshift memorial was created outside the Tree of Life Synagogue in Pittsburgh in the wake of the shootings that killed 11 worshipers in October. — AP Photo/Matt Rourke, File

The decision by federal prosecutors to seek the death penalty for the man accused of killing 11 worshipers in a Pittsburgh synagogue was made despite opposition from some of the people most affected by the massacre.

The filing made this week by the U.S. attorney’s office in Pittsburgh disappointed Dor Hadash, one of three congregations assembled for worship inside the building where an armed man opened fire last year.

Among the victims was Dor Hadash member Dr. Jerry Rabinowitz, a family physician who was known to be opposed to the death penalty.

The Dor Hadash statement said a possible deal for life without parole for the shooter, Robert Bowers, would honor what they called Rabinowitz’s firm and unequivocal position against the death penalty.

“It would have prevented the attacker from getting the attention and publicity that will inevitably come with a trial, and eliminated any possibility of further trauma that could result from a trial and protracted appeals,” the Dor Hadash statement said.

A spokeswoman for U.S. Attorney Scott Brady, whose office is prosecuting Bowers, declined to comment on its decision or the death penalty-related letters from Dor Hadash and members of New Light Congregation, which had three members slain in the attack.

New Light Rabbi Jonathan Perlman wrote to Attorney General William Barr early this month after learning a decision on the death penalty would soon be made.

“Execution has become an outmoded kind of punishment. Like slavery, this is something that belongs to another time and another place,” Perlman said in a phone interview Tuesday. “I can’t think of any worse punishment for a criminal than to spend the rest of his life in a maximum-security prison without parole.”

Perlman said he has a faith-based opposition to the death penalty and concern about the impact a trial might have on his congregants.

“What’s most important is to protect families and the victims that just do not want to go into a tailspin of depression and trauma and anxiety when this horror show comes to town,” Perlman said.

The third congregation, Tree of Life, where seven members were slain, said it was not putting out a statement on the death penalty decision, adding: “We have confidence that justice will be served.”

Bowers, 46, has pleaded not guilty.

Police have said he made anti-Semitic statements during and after the Oct. 27 attack. His lawyers have not responded to messages seeking comment, but in May, defense attorney Judy Clarke told a judge she hoped the case could be resolved without trial.

The death penalty filing by prosecutors cited as justification allegations of substantial planning and premeditation by Bowers, the vulnerability and number of victims, and a motivation of religious hostility.

The most recent federal execution occurred in 2003, when Louis Jones was put to death for the 1995 kidnapping, rape and murder of a young female soldier. Jones is one of just three people executed since the federal death penalty was restored in 1988.

But in July, Barr directed executions to resume, telling the Bureau of Prisons to schedule them. The first could take place later this year.

Before Bowers had been publicly identified, President Donald Trump said the Tree of Life shooter should “suffer the ultimate price.”

“I think they should very much bring the death penalty into vogue,” Trump said in October. “Anybody that does a thing like this to innocent people that are in temple or in church. We had so many incidents with churches. They should really suffer the ultimate price.”

Donna Coufal, president of the roughly 200-member Dor Hadash Congregation, said over two-thirds voted in favor of the letter she sent Barr on Aug. 9, urging him to seek a plea deal.

“A plea bargain for life without parole will prevent this individual getting the attention and publicity that would inevitably come with a trial,” Coufal wrote.

She said Tuesday she still hoped the death penalty can be averted.

“From my understanding, it can be brought up again,” Coufal said, adding that upcoming attorneys general can decide not to use the federal death penalty.

A man charged with killing 11 people in a Pittsburgh synagogue should face the death penalty if convicted, federal prosecutors said in a court…

PITTSBURGH — The man charged in the Pittsburgh synagogue massacre still wants to plead guilty in exchange for a life sentence, his lawyer said…

Tevin Biles-Thomas is charged with murder, voluntary manslaughter, felonious assault and perjury in a December 31, 2018, fatal shooting in Cle…

SALEM, Ore.  — The American Civil Liberties Union on Tuesday urged ranking members of the House Judiciary Committee to oppose a bill that targ…

'Shocked to our core': Poignant New Year for Jewish community scarred by massacre

There will be some differences — and some constants — over the coming days as the New Light congregation observes Rosh Hashana, the Jewish New…

PITTSBURGH — Leaders of the Pittsburgh synagogue where worshippers were fatally shot last year want to rebuild and renovate the building, turn…