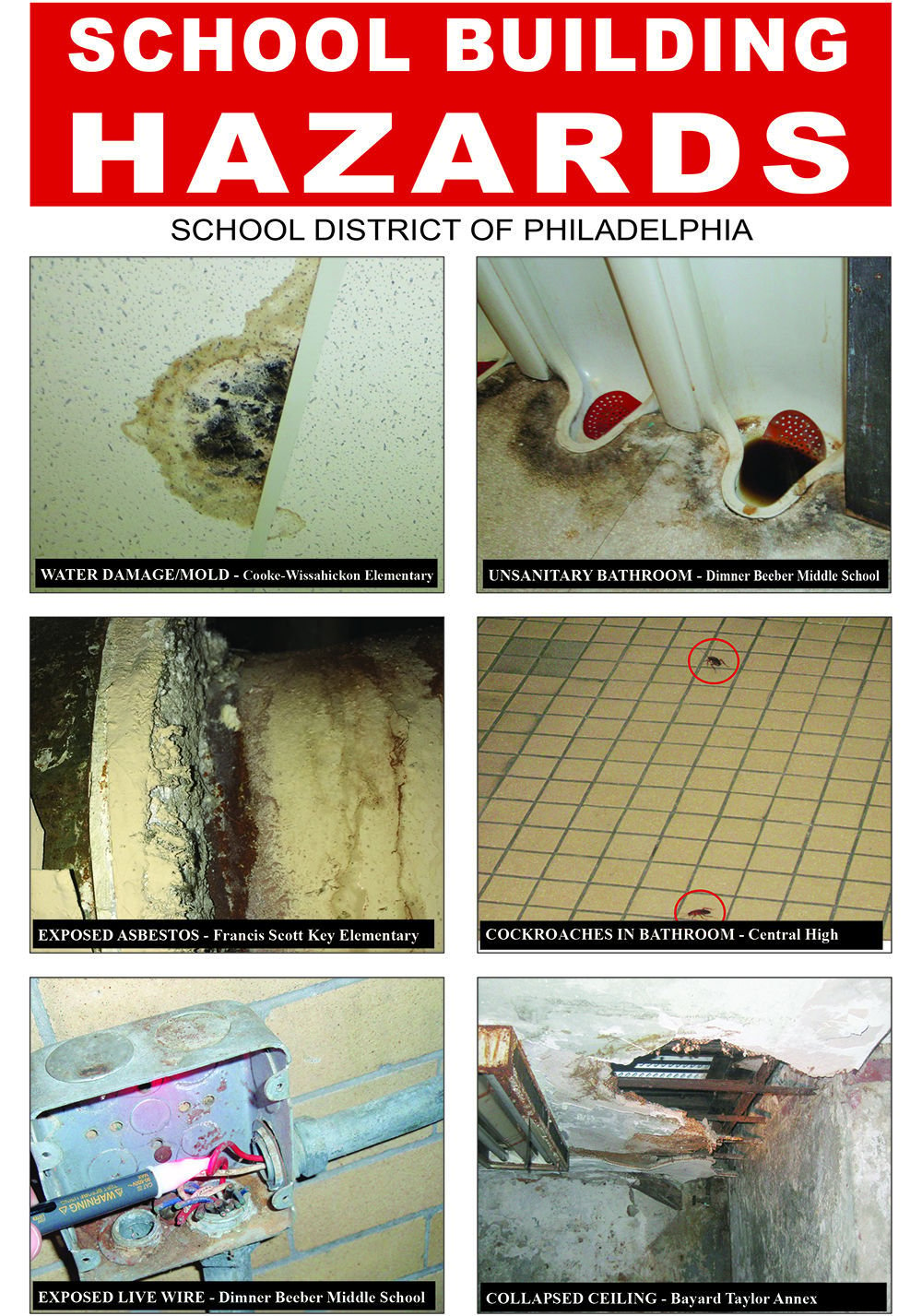 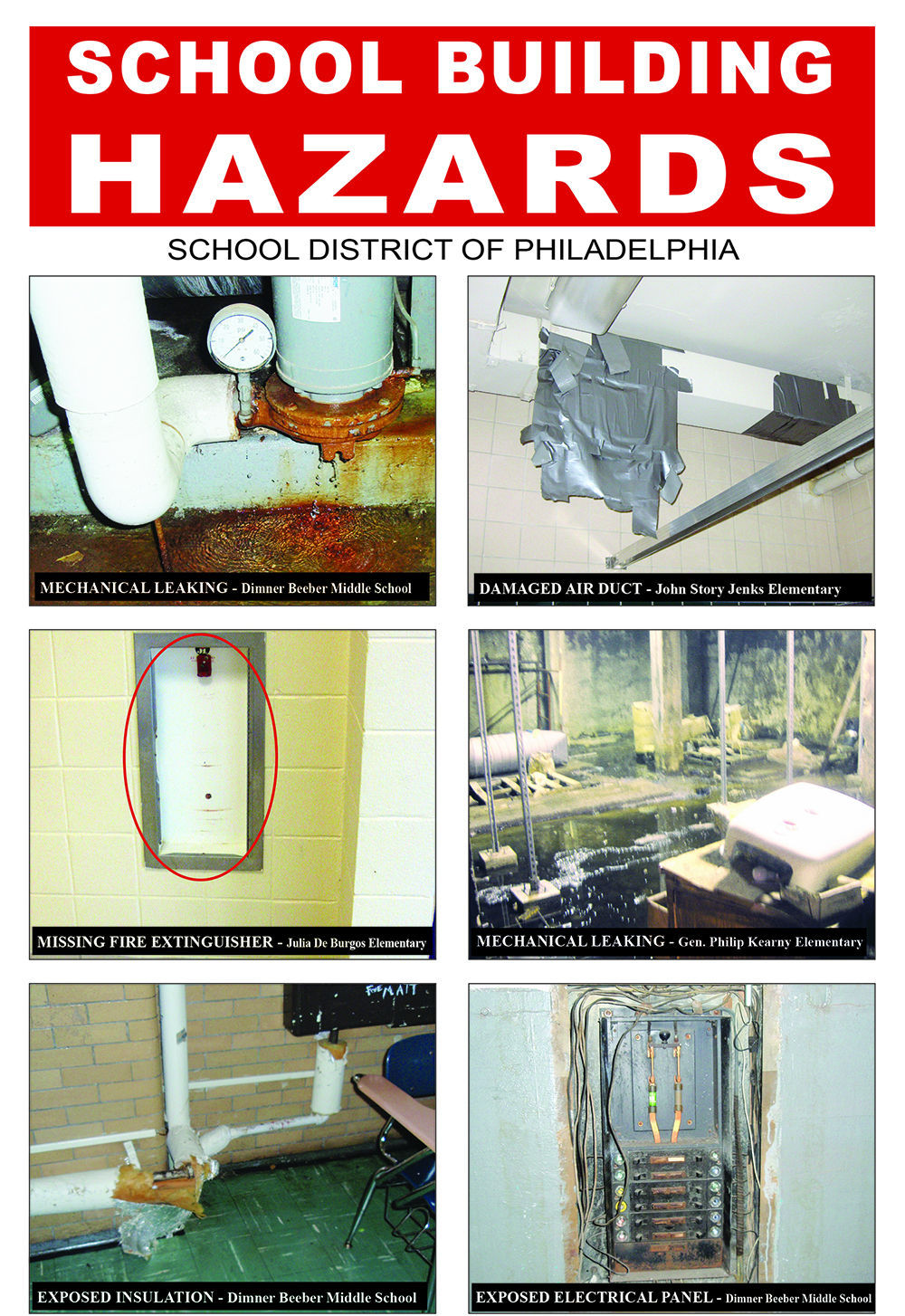 Officials from the City Controller’s Office visited 20 schools from November 2014 to March 2015 to find hazards.

Officials from the City Controller’s Office visited 20 schools from November 2014 to March 2015 to find hazards.

“The presence of improperly encased asbestos material could pose a serious health risk to anyone who comes in contact with it,” Butkovitz said. “The school district needs to have a licensed asbestos abatement professional investigate and remove the potential danger.”

Officials visited 20 schools from November 2014 to March 2015. Ten of the them were previously inspected, and 10 of the buildings were not. These sites were selected from the school district’s website and represent about 7 percent of the district’s schools. Of the 20 schools selected for inspection, all contained more than one unsafe condition. Butkovitz said the school district needs to address these issues while students are on summer break.

The controller’s investigators also found unsanitary conditions in bathrooms, such as cockroaches at Central High School and urinals that did not drain at Dimner Beeber Middle School. There was a damaged air duct being held together with duct tape at John Story Jenks Elementary.

“We understand the school district is financially strained and there are many funding priorities,” Butkovitz said. “Many of these conditions are low-cost items that could be completed by the school maintenance staff. The school district needs to provide a safe, sanitary learning environment for everyone, including our great teachers who must endure these conditions daily. The longer these low-cost items go unattended, the more severe and costly they will become.”