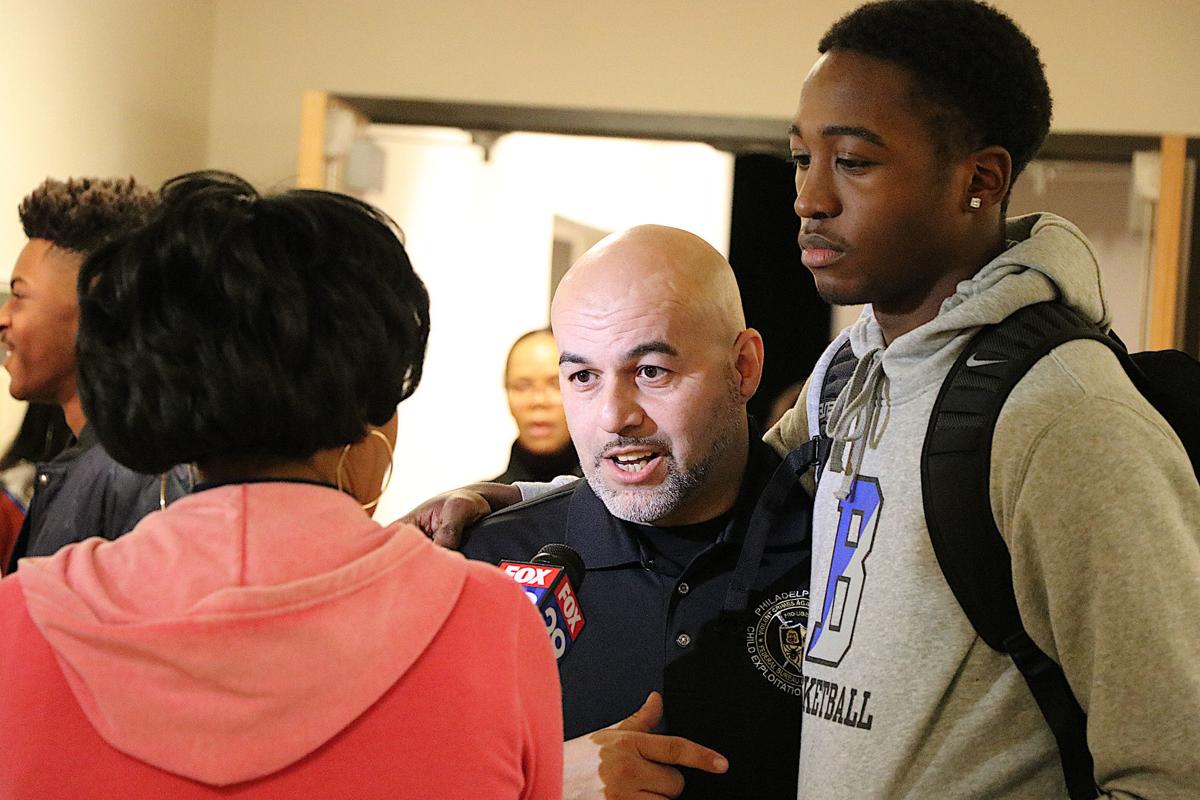 Bensalem Police Detective Dave Nieves and a student speak to the press Jan. 19 after watching and discussing the film “Walking While Black: L.O.V.E. is the Answer” at the Martin Luther King Jr. Teen Peace Summit. 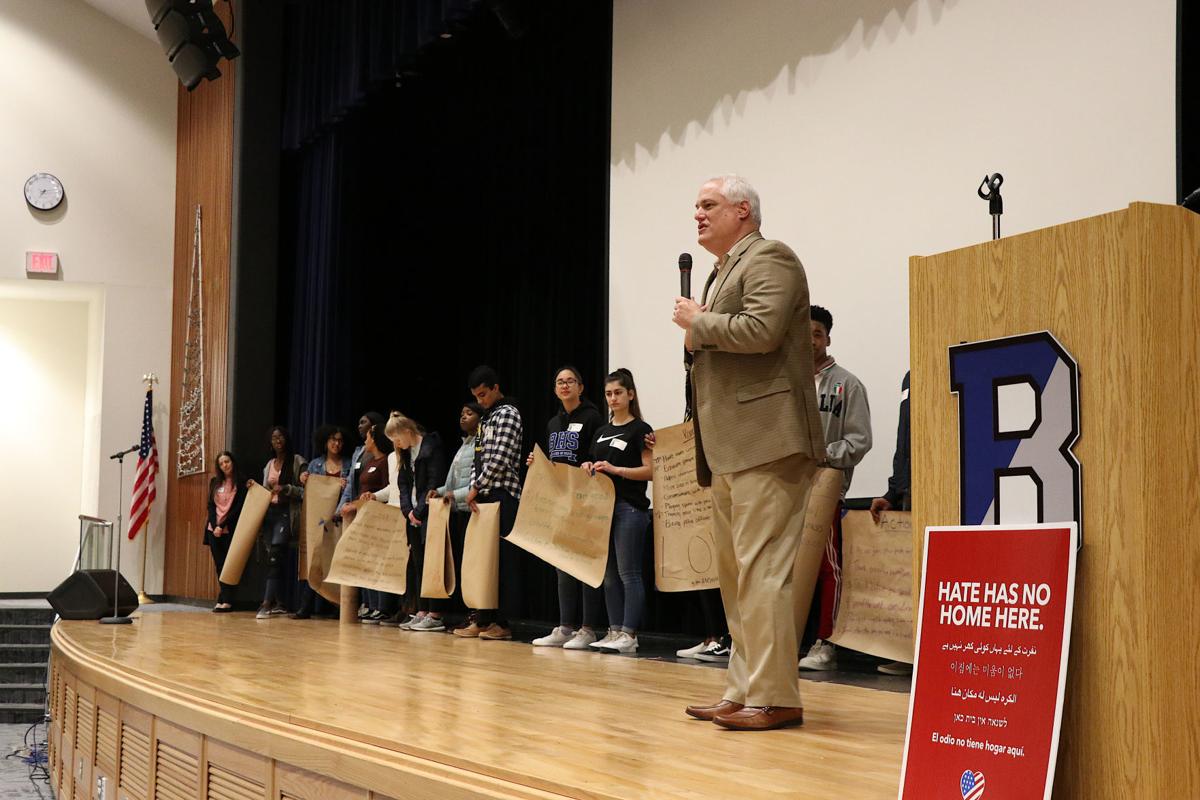 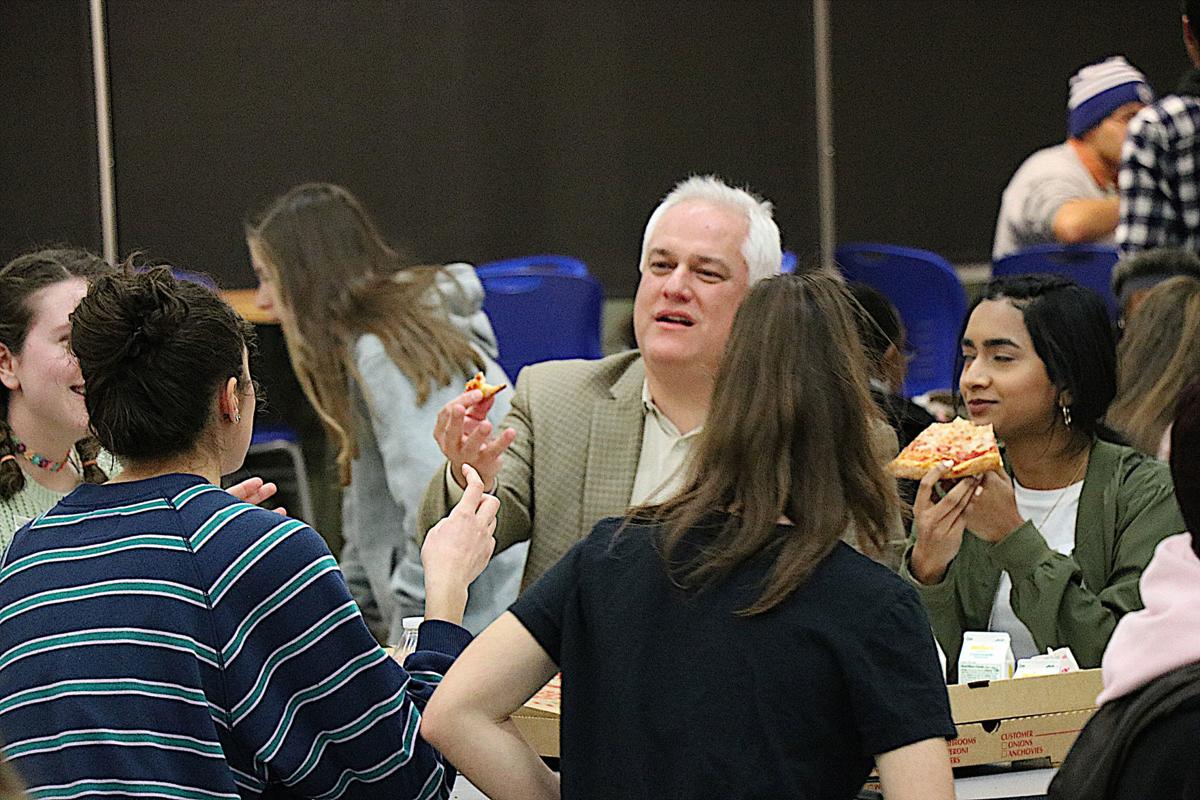 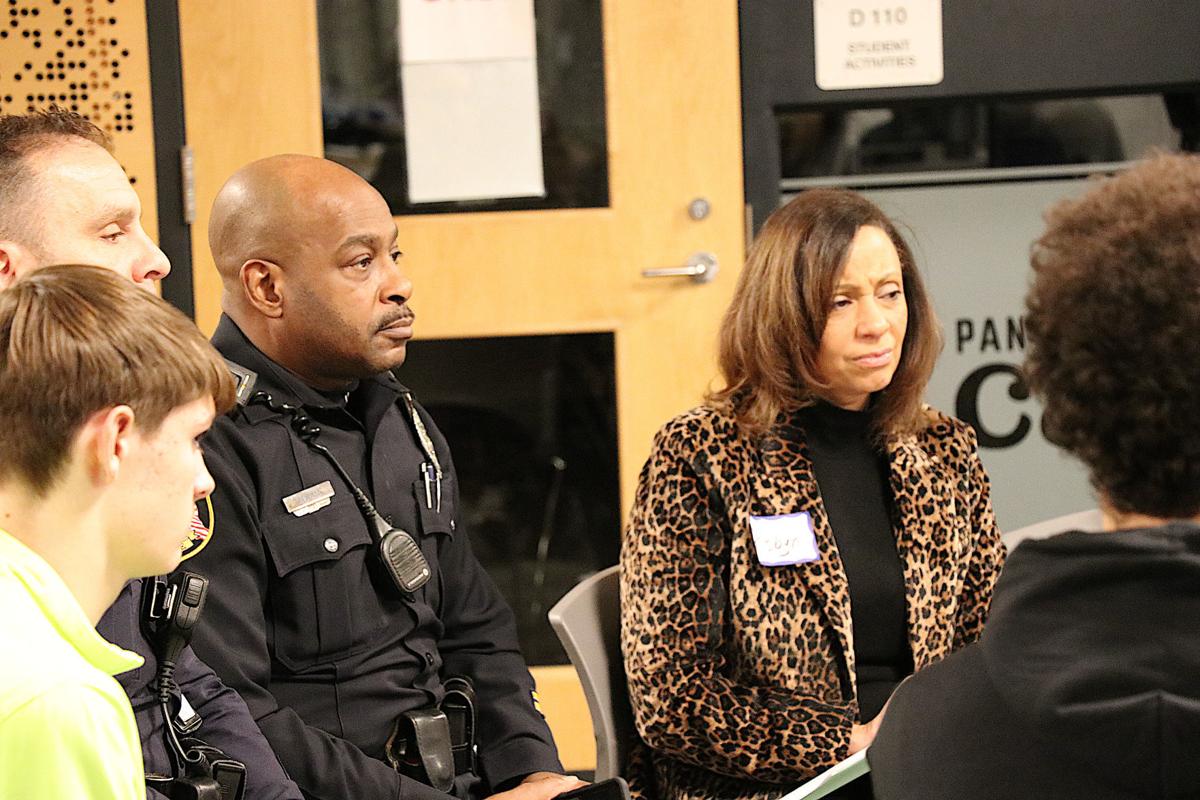 Police officers and a group of community members discuss issues in police-community relations and perceptions after a screening of "Walking While Black: LOVE is the Answer" on Jan. 28 at Quakertown High School. — Courtesy of the Bucks County District Attorney's Office

Bensalem Police Detective Dave Nieves and a student speak to the press Jan. 19 after watching and discussing the film “Walking While Black: L.O.V.E. is the Answer” at the Martin Luther King Jr. Teen Peace Summit.

Police officers and a group of community members discuss issues in police-community relations and perceptions after a screening of "Walking While Black: LOVE is the Answer" on Jan. 28 at Quakertown High School. — Courtesy of the Bucks County District Attorney's Office

And it starts with showing a movie.

Weintraub, with help from The Peace Center and the Police Chiefs Association of Bucks County, has been showing the film “Walking While Black: L.O.V.E. Is the Answer” and facilitating community conversations about it between civilians and police officers.

The film features interviews with peace officers, faith leaders, educators, students and activists. It also shows clips of Eric Garner’s fatal encounter with the police, recordings from Sandra Bland’s police stop, snippets of Ben Crump on a panel with Trayvon Martin’s parents, as well as a conversation with a Black former federal agent.

In the film, L.O.V.E. is an acronym for “Learn about the community and the people in it, Open your heart to the humanity of people in the community, Volunteer yourself to be part of the solution in their lives, and Empower others to do the same.”

“Black people have talked in the living room for many years about what to do if you’re stopped by a police officer. Community members talk among themselves about how they perceive the police as well, but no one is really talking to each other to change anything,” filmmaker and producer A.J. Ali said.

“I really have to hand it to Matt, being the first DA in the United States to license this film. It was a risky and bold move but people are responding well and the community is having tough conversations. We are seeing miracles across the nation. We need to have more people experience this.”

Weintraub first saw the film a few months ago, when leaders of The Peace Center contacted him about participating in a viewing and discussion around it.

After he saw it, Weintraub thought “it was something to definitely have a conversation about — and not just once, but as many times as possible.”

“This is something that The Peace Center wanted to do for a long time in communities where there is less trust and with people of color,” said Barbara Simmons, the executive director emeritus of the center in Langhorne.

Weintraub bought the rights to the film and a lifetime license to show it to as many people in Bucks County as he wants.

He showed it for the first time on Martin Luther King Jr. Day at Bensalem High School. About 400 people attended the event, Simmons said.

The next screening is Wednesday at Delaware Valley University. It will be the third public screening.

“Police want the same thing that everyone else wants,” Harran said. “They don’t want people fearing officers; that accomplishes nothing. They want people to be safe. Hopefully, they will understand that the vast majority [of police officers] do and want to do the right thing.”

Weintraub said police officers have been coming to the film screenings “in great numbers and in full support.”

Evans, a Newtown native, said she has a long history of being part of an African-American family living in a predominantly white area and there have been some unpleasant instances for minority residents.

“There is a new experience and feeling [that young minority residents] have not been recorded when they have a problem with a police officer. We create a safe place for them to discuss their fears and problems,” she said.

Thomas said The Peace Center asks police officers to view the film as if they were parents.

“Some of the police officers are having their ah-ha moments,” he said.

The conversations between civilians and officers are not always comfortable and sometimes get tense, Weintraub said, but most people walk away feeling better.

“Whether you are a regular person or a police officer, it is very difficult to walk a mile in the shoes [of one another],” Weintraub said. “The next best thing to do is to have an open conversation.”

The main goal law enforcement officials have is for everyone to go home safely, Weintraub said.

“It’s important for police to engage in a problem to understand how people of color feel and people who have negative perception about the police,” he added. “At the end of the day we are all people.”

Weintraub is planning more screenings and offering to show the movie for free to any group that wants to screen it.

“Although we are having one conversation at a time, we would love to see this turn into a movement that provides greater understanding, love for all people,” he said.