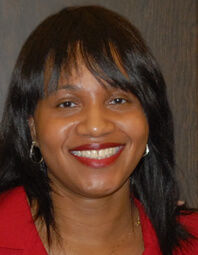 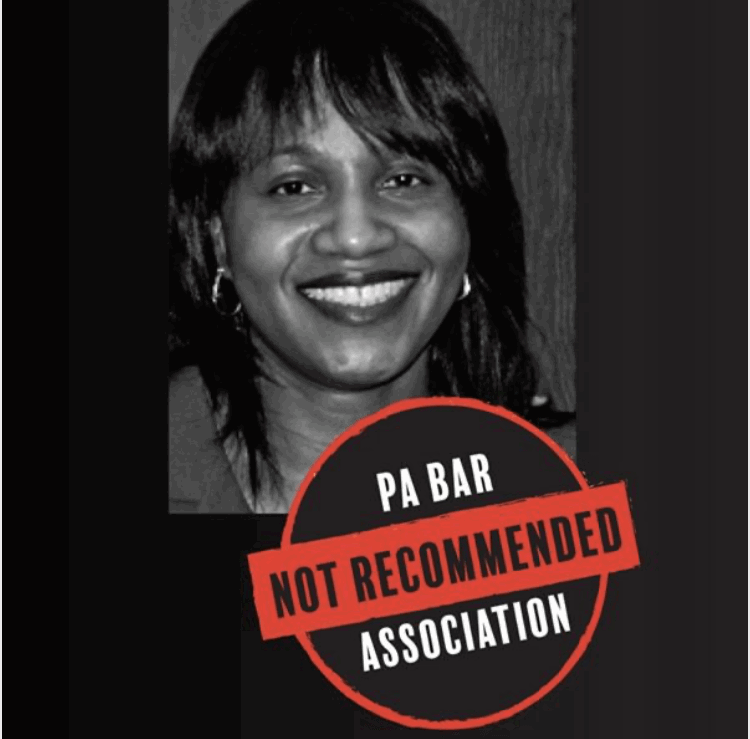 A Democratic candidate for Pennsylvania Superior Court claims she’s being attacked in a dog-whistle social media ad that’s being paid for by a deep-pocketed conservative dark money group.

Since Oct. 16, the Harrisburg-based Commonwealth Partners Chamber of Entrepreneurs, a political advocacy group run by former Commonwealth Foundation head Matthew Brouillette, has been running ads against Amanda Green-Hawkins, a labor lawyer from Pittsburgh.

The ad features a black-and-white picture of Green-Hawkins, who is Black, which she says darkened her skin tone.

Next to the image is her rating from the Pennsylvania Bar Association: Not recommended.

Green-Hawkins compared the advertisement, which is appearing on Facebook, to the notorious Willie Horton ad, that supporters of Republican George H.W. Bush ran against Democrat Michael Dukakis in Bush’s 1988 White House bid.

That ad featured a mugshot of Horton, who is Black, who raped a woman and stabbed her boyfriend while free on a prison furlough program that was in place when Dukakis was governor of Massachusetts.

“I guess when you don’t have anything else, that’s what you go to,” Green-Hawkins said.

The ad is preceded by text that reads: “Amanda Green-Hawkins was the only candidate NOT endorsed by the PA BAR. The bar association evaluators found Green-Hawkins, ‘has not had the experience and preparation necessary’ to take on the role as a state judge.”

Commonwealth Partners has spent between $3,000 to $3,800 on the ad, according to Facebook’s ad library. They’ve been targeted at women aged 45-plus.

According to state Department of State records, Commonwealth Partners reported spending $100,000 on digital ads on Oct. 17.

The ad links to a website titled “Unfit for PA,” which attacks both Green-Hawkins, and fellow Democratic Superior Court candidate Dan McCaffery, of Philadelphia.

Commonwealth Partners is also spending more than $10,000 on Facebook ads attacking Green-Hawkins for her time as a member of Allegheny County Council, where she served from 2008 to 2014.

She voted to increase county property taxes by one mil — a 21% increase — in December 2011.

In an email, Gina Diorio, a spokeswoman for Commonwealth Partners, called Green-Hawkins’ concerns “nonsense,” adding that “it’s unfortunate the Capital-Star is focusing on race rather than on the qualifications of the candidates.”

A 2015 study by the Pew Research Center demonstrated “that darker images are used in a way that complements ad content” and showed “that doing so can negatively affect how individuals evaluate candidates and think about politics.”

Temple University political science professor Michael Delli Carpini told the Capital-Star that there is a long history of racist dog whistles in ads to suggest that “more subtle, indirect ways of priming Whites’ implicit, often unconscious racial biases have been found to be effective in reducing support for candidates of color.”

Carpini was unsure if the ad was using skin darkening, but added that uncertainty of intent is “part of what makes this tactic effective.”

Green-Hawkins predicted that the ad would backfire.

“You see that kind of stuff, it’s like whatever you’re saying, it’s shut down,” Green-Hawkins said. “Because it becomes clear that you’re using [or] trying to use race to make to make your statement.”

There are four candidates running for two open spots on the 15-member Superior Court, which handles all criminal and most civil appeals in Pennsylvania.

Of the four, Green-Hawkins was the only one not recommended by the Bar Association, which issues such ratings during every statewide judicial contest.

In its explanation, the Bar Association said that Green-Hawkins “supports underserved communities, acts with integrity and displays an appropriate demeanor,” while also crediting her “work ethic.”

“However, the commission finds the candidate has not had the experience and preparation necessary to take on the role of judge on the Pennsylvania Superior Court and, therefore, does not recommend her candidacy at this time,” it continued.

Interest groups, from unions to charter school owners, have spent $2 million on TV ads on the whole race so far.

Stephen Caruso is a reporter for the Pennsylvania Capital-Star, where this story first appeared.

Pennsylvania’s Superior Court, explained: Why you should pay attention to this November race

While much of the public’s attention is already turned to 2020, there is a general election on Nov. 5 that will affect the future of your home…

How Pa.’s Supreme Court moved left, and what it means for the GOP

It’s been nine years since Pennsylvania Democrats last controlled a chamber of the General Assembly.

Philadelphia African-American candidates are on track to make history during Tuesday’s general election.