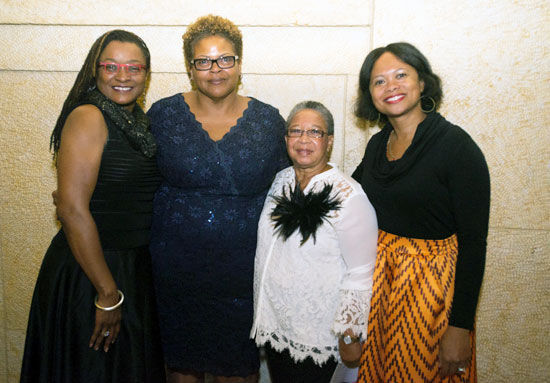 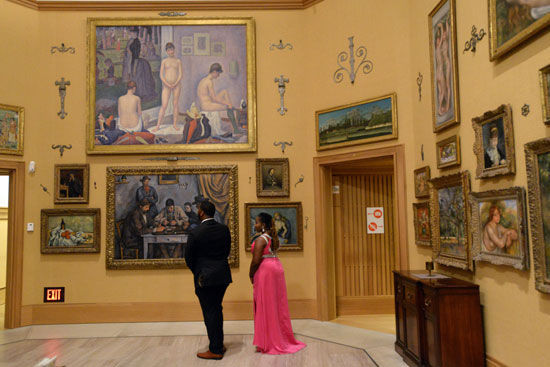 Two attendees browse one of the 23 art galleries at the Barnes Foundation here during the reception last month to support undergraduate research at Lincoln University.

Two attendees browse one of the 23 art galleries at the Barnes Foundation here during the reception last month to support undergraduate research at Lincoln University.

The Barnes reception held last month established the scholarship fund to support the work of select undergraduate students from their chosen discipline who undertake scholarly projects. The research projects will be formal student-faculty collaboration intended for publication in scholarship or project journals.

For the culminating event of Homecoming weekend, more than 100 attendees gathered at the Barnes Foundation on the Benjamin Franklin Parkway to enjoy hors d’oeuvres and a beverage reception followed by independent tours of the Barnes’ 23 art galleries, which include works of artists such as Henri Matisse, Paul Cezanne, Pablo Picasso, and Pierre-Auguste Renoir.

The event was hosted by the Class of 1970 and co-chaired by Brenda A. Allen, president of Lincoln University and Theresa R. Braswell, chairlady of the Board of Trustees.

“We are thrilled to see the Lincoln community — particularly the Class of 1970 — step up to support our students in such an impactful way,” said Stephen McDaniel, interim vice president for Institutional Advancement.

Selena Cuffee, co-founder, president and CEO of Heritage Link Brands, the largest wine importer and producer of African descent in the world and an owner of Silkbush Mountain Vineyards, was honored during the reception.

Donations to the Endowed Undergraduate Student Research Scholarship Fund are still being accepted via the University’s giving website or by calling Institutional Advancement at (484) 365-7440.