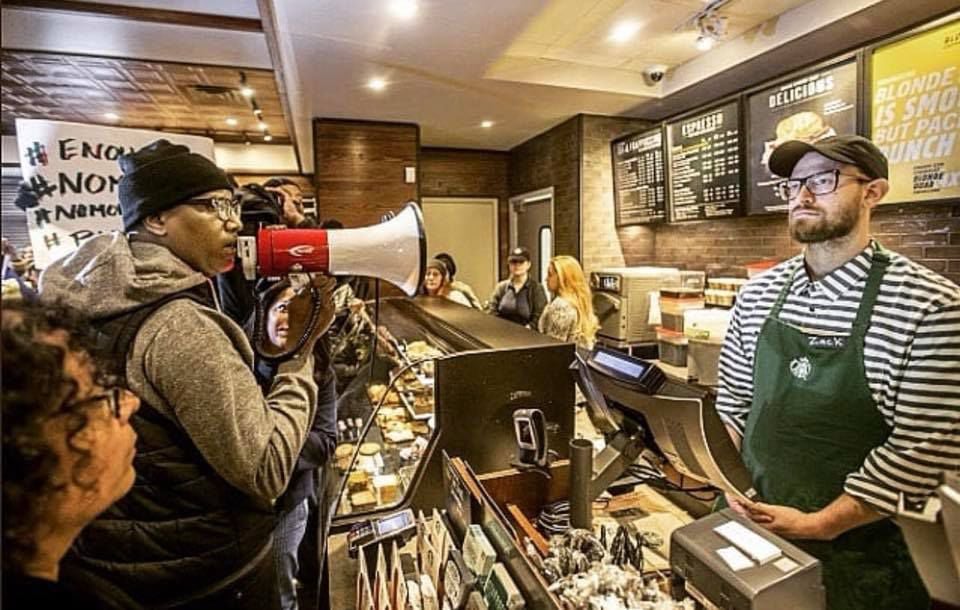 The now infamous photo of Asa Khalif shouting through a megaphone inside the Starbucks, 18th and Spruce in Rittenhouse. — TWITTER 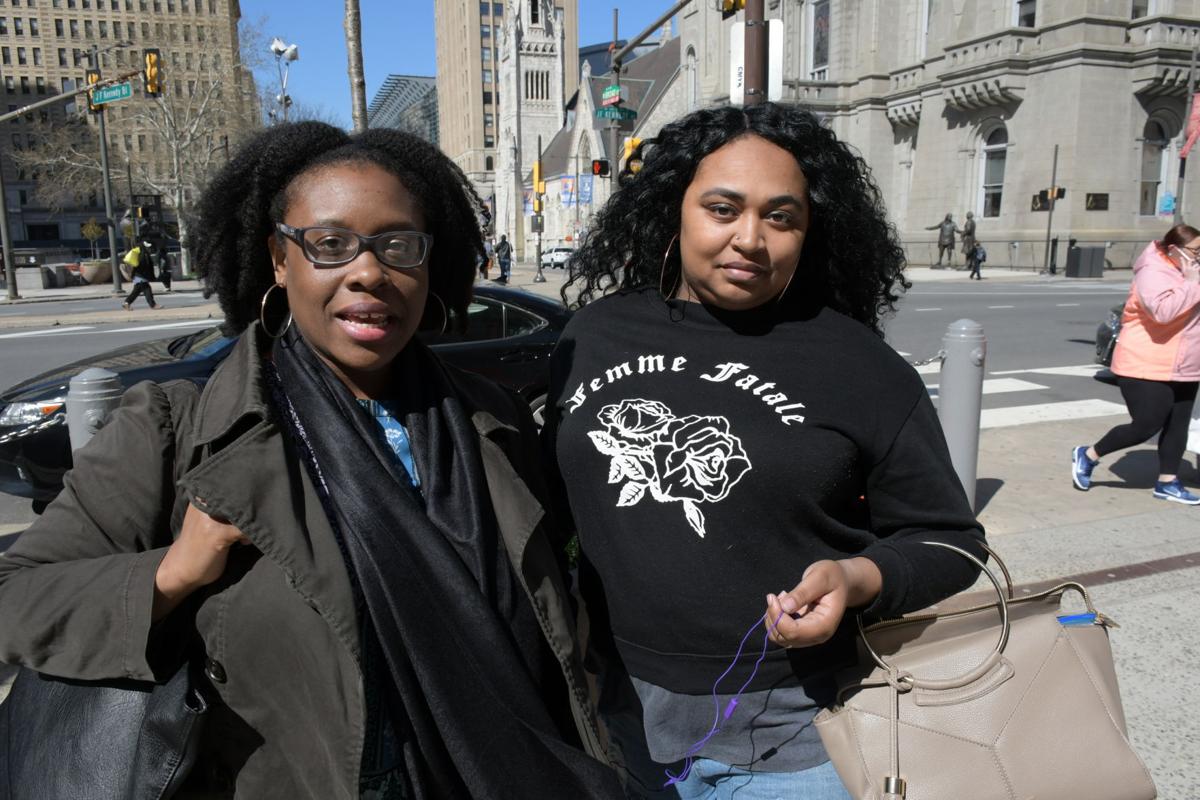 Megan Malachi, left, and Deandra Jefferson said social justice issues their group Philly for REAL Justice has been advocating for are being co-opted and diluted by Asa Khalif, a well-known organizer. — ABDUL SULAYMAN / TRIBUNE CHIEF PHOTOGRAPHER 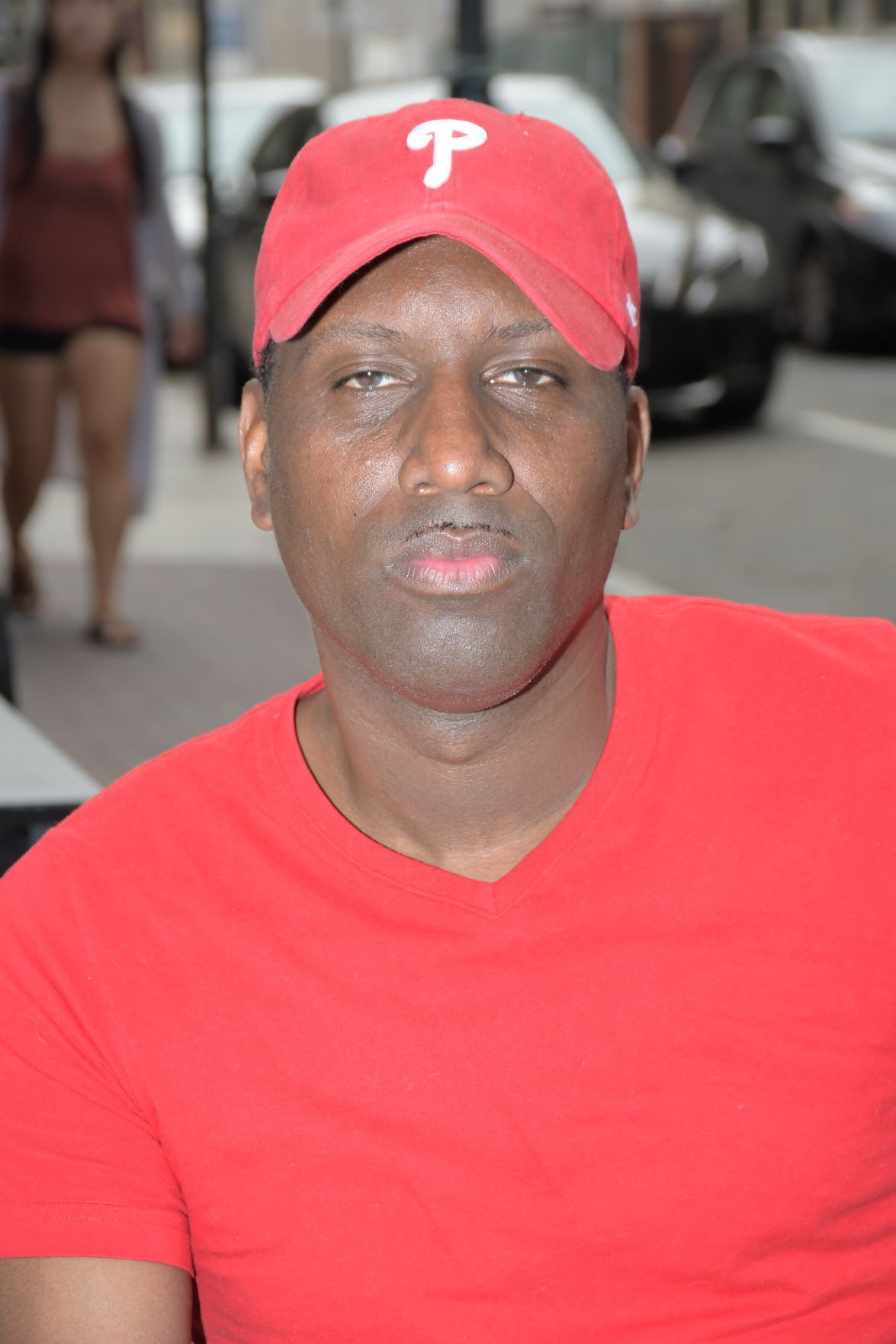 The now infamous photo of Asa Khalif shouting through a megaphone inside the Starbucks, 18th and Spruce in Rittenhouse. — TWITTER

Megan Malachi, left, and Deandra Jefferson said social justice issues their group Philly for REAL Justice has been advocating for are being co-opted and diluted by Asa Khalif, a well-known organizer. — ABDUL SULAYMAN / TRIBUNE CHIEF PHOTOGRAPHER

Multiple social justice organizations continue to distance themselves from a vocal, local activist who drew widespread media attention during protests over the arrests of two Black men at a Starbucks near Rittenhouse Square this week.

While standing on the north side of City Hall on Friday, Deandra Jefferson and Megan Malachi said issues Philly for REAL Justice has been advocating for — racial, economic and legal justice — are being co-opted and diluted by Asa Khalif, a well-known organizer.

“He’s watering down a lot of our messaging,” Jefferson said. “He’s just there to push whatever he needs to push in order to get into the spotlight. For us, it confuses the message.”

Jefferson’s comments followed a protest on Monday, which erupted at the Starbucks at 18th and Spruce streets.

Although Philly for REAL Justice and another group, Black and Brown Workers Cooperative, claim to have organized the protest, it was a photo of Khalif pointing a megaphone at a barista inside the store that went viral on social media and was used in media reports.

Days after the protest, Philly for REAL Justice and the Black and Brown Workers Cooperative also issued joint statements taking aim at Khalif, the self-described leader of the Coalition for Black Lives, as an “opportunist,” “informant” and “farcical ambulance chasing joke.”

In a phone conversation, Khalif directed a reporter to a statement released on his social media accounts.

“The problems facing Black, Brown and poor people are greater than one person or group. Jealous and petty squabbles have no place in the bigger battle for justice, liberation and equality,” a portion of Khalif’s statement read.

“As I have stated before I will not participate in these destructive discussion that are counterproductive. Let’s put egos aside and create a choir of voices united in the battle for change,” he added.

The Black and Brown Workers Collective and Philly for REAL Justice both said Khalif does not speak for their groups; alleged he “regularly colludes and cooperates with police”; and claimed he has used “sexist, homophobic, and ablest language” at rallies and actions.

“[Khalif’s] actions have, at times, endangered and compromised other activists and organizations,” according to a statement released on the group’s Facebook page.

“Any attempts on [Khalif’s] behalf to promote himself as the voice of Black Philadelphia activists is disingenuous and self-serving,” the group added.

Lenece Williams Green, a member of BLM Philly, said in a telephone conversation that Khalif’s use of the Black Lives Matter name was not associated with the national network, and was creating confusion.

“We told him we appreciate the work you are doing, we appreciate your passion, however you can’t use this name because it’s creating confusion and it’s things we are being held accountable for that we have nothing to do with,” Williams Green said.

In an email, Khalif confirmed his group was not a part of the Black Lives Matter network.

Khalif said he headed Coalition for Black Lives, but refused to provide additional information about the group.

All the groups stated they had approached Khalif on multiple occasions, but have been rebuffed.

As for Starbucks, Malachi, who was speaking alongside Jefferson at City Hall, said that while Khalif appears to seek reforms, Philly for REAL Justice was advocating systemic changes to address police violence, mass incarceration and gentrification, among other things.

“We are radicals searching to completely dismantle this system that we have in this society that oppresses Black and brown people,” Malachi said. “If the so-called face of the movement is pushing for reforms, that’s just really not helpful.”

In addition, Khalif entered a program in connection with charges from a November arrest.

Paul Hetznecker, Khalif’s lawyer, said Khalif entered into the Accelerated Rehabilitative Disposition program this week for the charges stemming from his arrest during a protest at Pennsylvania Attorney General Josh Shapiro’s Office in Center City over a police-involved shooting.

The charges will be dismissed if Khalif completes the program, which includes a year of non-reporting probation.

Nearly 100 members of Omega Psi Phi Fraternity, Inc. gathered in front of the Starbucks at 1801 Spruce St. on Sunday afternoon and spoke out a…

Black men arrested at Starbucks say they feared for their lives

I am not surprised that the truth about this guy is starting to come out. He's only about grabbing headlines in order to raise his credibility (he has little by the way). He's essentially a professional protester. He came into - excuse me - he grabbed the spotlight when his cousin Brandon Tate Brown was killed in a police shooting. There was a lawsuit by Tate's mother, but she dropped the complaint. Why? Because Tate had a lengthy criminal record and was ionvolved in illegal behavior the night he was killed. The sooner Khalif vanishes the better. If he were en elected official he'd be under inditement for corruption.

Under indictment in this city if he were a politician? Fat chance. The "activist movement" in Philadlephia is getting ready to turn into the protest version of the East vs. West hip-hop feud.