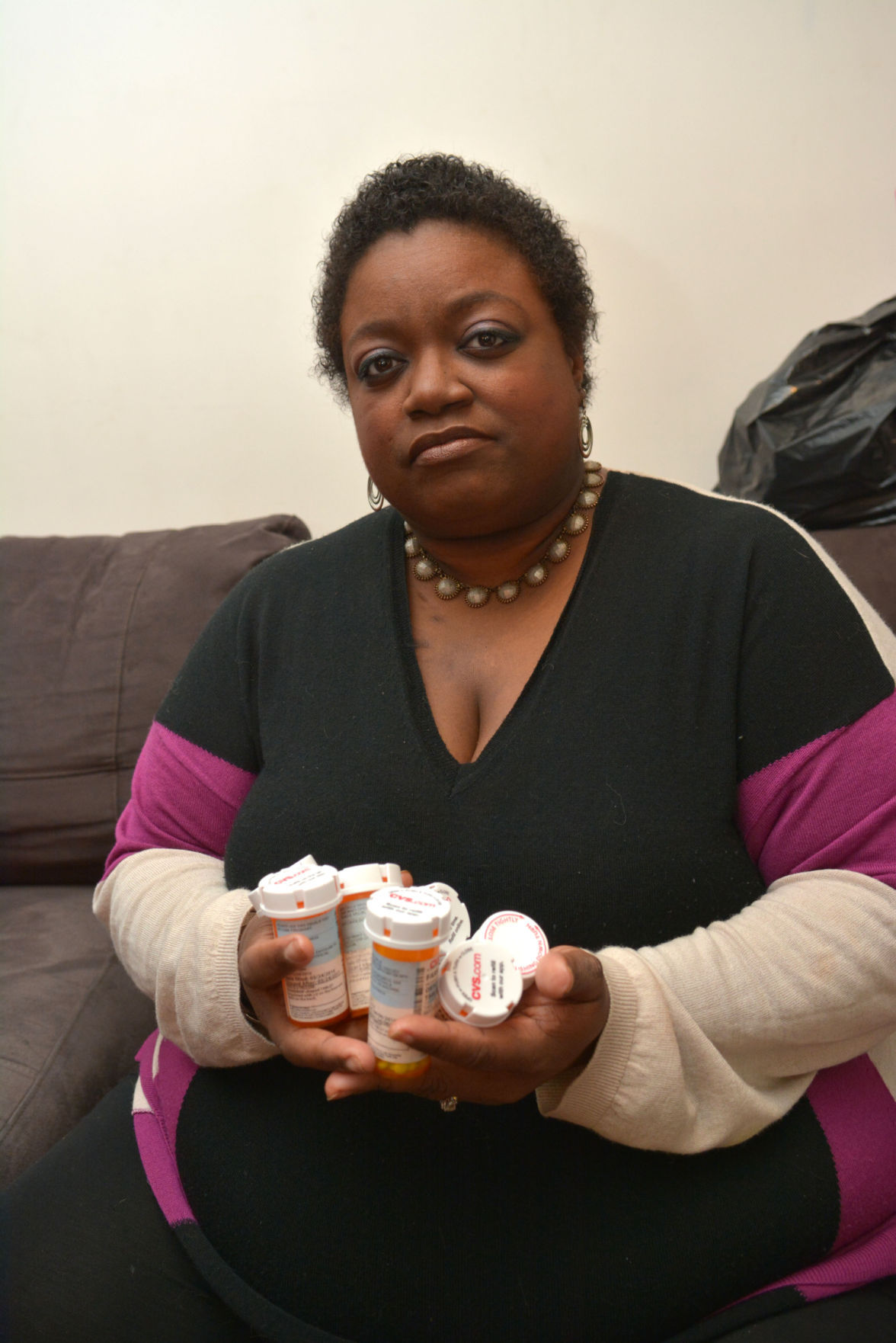 Farrah Samuels was diagnosed with Stage IV soft tissue sarcoma last year. Recently, she went six days without having three of her much-needed medications filled by the pharmacist. 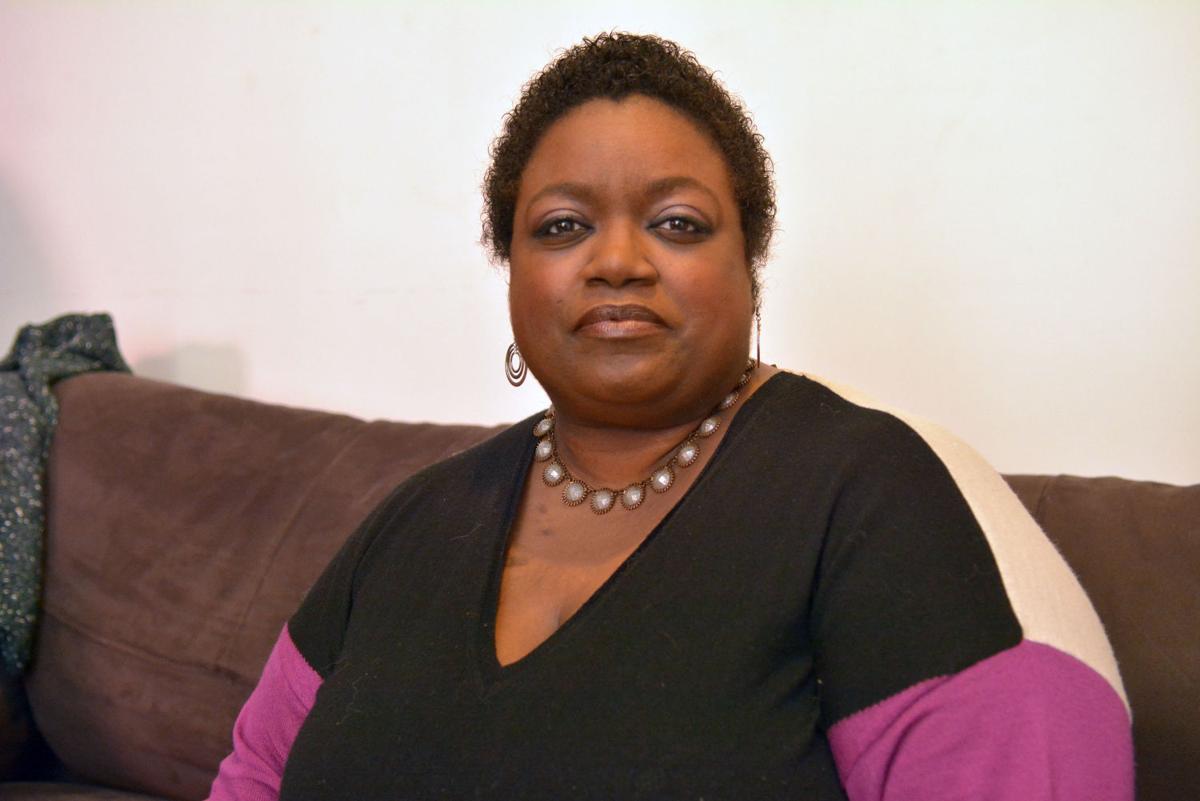 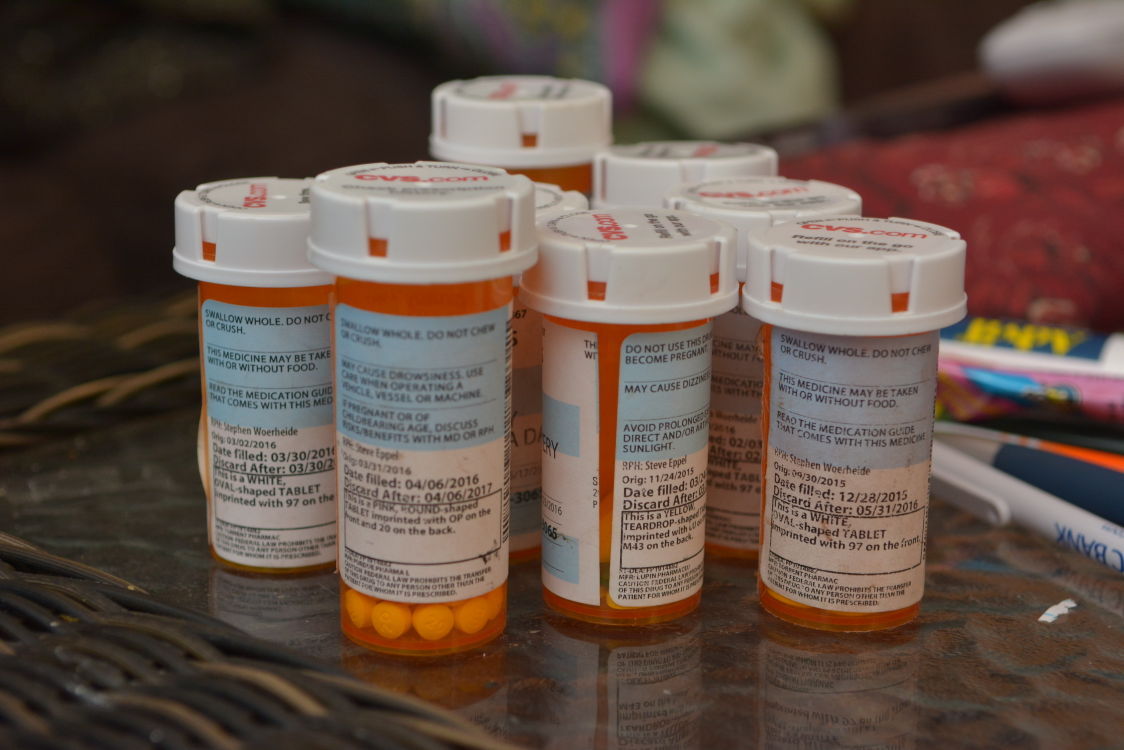 Farrah Samuels was diagnosed with Stage IV soft tissue sarcoma last year. Recently, she went six days without having three of her much-needed medications filled by the pharmacist.

Farrah Samuels has waged a lot of battles in her life.

“I had to go on this driving adventure without having the strength to do so,” Samuels, 39, said of one night’s visit to nine area pharmacies on an unsuccessful search for the medications. She ended up going six days without three of her most-needed ones.

Pharmacy and law enforcement officials blame access problems like those experienced by Samuels on the way in which pharmacies and drug manufacturers have responded to the public’s growing abuse of pain medications like OxyContin and Oxycodone. They may limit the supply of, and even information on their stock of narcotics.

While this approach may address law-enforcement issues with the popular drugs, it doesn’t help innocent patients like Samuels, who may go days without medication while fighting a painful and terminal condition.

“It all started around March 8th of last year,” Samuels recalled of her ailment. Her husband encouraged her to go the emergency room for severe stomach pains she’d experienced for a month. Following X-rays, she was prescribed ibuprofen and told the pain she suffered was caused by her fibroids. A week later, the ER sent her a letter urging her to see her doctor about a probability for cancer.

A biopsy and gynecological oncologist later confirmed she had Stage IV soft tissue sarcoma, she said.

“The cancer spread to my lungs, my left kidney, my retroperitoneal cavity (general stomach area) and the lymph nodes that were surrounding my uterine area,” Samuels explained.

She underwent chemotherapy from April 2015 to September 2015. Each month she stayed in the hospital for a week receiving treatment and the other weeks she would go for outpatient regimens.

“They estimated that (the cancer) grew within two to three months,” Samuels said. “Doctors don’t ever expect to cure me. The goal is to keep the cancer from growing or spreading.”

Samuels had to stop work, having spent a career with non-profits doing advocacy, research, grant writing and community development. Her husband stopped working to take care of her. So she started a GoFundMe page to help pay for expenses.

“Originally I was given three to six months to live, and here I am a year later,” Samuels said. “I take several medications every day, and it’s been like that for a year.”

The three meds include 20 milligrams of OxyContin, that she takes twice a day, 15 milligrams of Oxycodone, she takes as needed for breakthrough pain (Samuels only takes these if the pain is unbearable because she does not want to become addicted), and Dronabinol, a synthetic sesame oil and marijuana pill she takes two times daily to keep her nausea and digestive track issues in check.

She points out, “Pharmacies are not allowed to order (medicine) beforehand because they’re controlled substances. You can’t order refill them either.”

Samuels said every month she has to physically pick up a piece of paper from the doctor’s office that contains her prescription. In the past, she may have had to wait a day to receive her medications and she is OK with that, but she is not OK with waiting close to a week.

She generally fills her prescription at her neighborhood CVS at 418 Spring Garden. But during a recent visit she was told that her medications were not in stock because they are considered “special order meds” and the person who orders them would not be in for a few days.

So she tried several other CVS’s, as well as Rite Aid and Walgreens pharmacies. A Walgreens on Frankford Avenue had half of the pills she needed. However, it did not take her Affordable Health Care Act insurance plan.

“Walgreens doesn’t contract with the medical marketplace,” Samuels discovered. “The cost without insurance (for my medication) would have been $1,000.”

Samuels finally received her medication from her regular CVS nearly a week later.

CVS said in a statement to The Tribune, it “recognized the need for patients to have access to appropriate and effective pain relief.”

“At the same time, prescription drug abuse is a growing problem in the health care industry,” wrote Amy Lanctot, senior manager of public relations at CVS Pharmacy. “In addition to our policies and procedures to ensure that controlled substance pain medication is dispensed only for legitimate medical purposes, regulatory controls on certain pain medications may limit the inventory level of these controlled substances in a pharmacy and early refills are generally not permitted.”

Under the U.S. Drug Enforcement Administration, the Controlled Substances Act places drugs into five categories, with Schedule I being the most dangerous, and having a higher probability of abuse and severe psychological and physical dependence. Schedule V has the least potential for abuse. OxyContin/Oxycodone fall under Schedule II and is considered a narcotic. Dronabinol is Schedule III and is not considered a narcotic. All three are controlled substances.

James Graham, senior manager of media relations for the Walgreens Corporation, looked into the case of Samuels and said normally she is a patient of CVS, but tried to obtain her medication from Walgreens.

Graham, who was not provided with Samuels’ name, but was given some background about the situation, said he couldn’t exactly pinpoint what happened in Samuels’ case.

“We always want to make sure that patients are taken care of the best way we can,” Graham said. “There are a lot of reasons as to why a patient may have trouble getting a prescription filled. I hate to speculate.”

Graham explained Marinol, also known as Dronabinol, “We don’t always have it in stock but we can get it if we have a regular patient who is a regular customer in our store. It’s simply a drug in which patient demand is not high enough. We may not have it in stock at all stores.”

The Rite Aid Corp. said they could not comment specifically on the matter without being provided with Samuels’ information.

“We are committed to providing great customer service to all of our patients and that includes filing all prescriptions in accordance with all federal and state laws in a safe and timely manner,” Ashley Flower, Rite Aid senior manager of public relations wrote in an email.

Special Agent Patrick Trainor, the public information officer with the DEA at the U.S. Department of Justice in Philadelphia, said they do not cap the amount of prescriptions pharmacies can have, but there is a cap on the manufacturers. The Controlled Substances Act puts tough security and requires strict records for manufacturers and pharmacies.

“We have seen a lot of drug wholesalers that have clamped down a bit since the use of prescription Opioids and the deaths that are accounted for them,” Trainor said. “The wholesalers had a knee-jerk reaction and imposed a threshold on themselves in response to their selling to drug store chains.”

A total of 47,055 people died from drug overdose deaths from illicit drugs in 2014, according to the Centers for Disease Control and Prevention. By comparison, 133 million Americans suffer from chronic illnesses, which is defined as an incurable and ongoing ailment, according to the National Health Council.

Nijmie Dzurinko, the co-founder of Put People First, a human rights campaign that fights for health indignity, said situations like Samuels is not just happening in Philadelphia, but across the nation.

“We have so many members that have stories like that, where they’re crowdfunding online to raise money while they’re sick,” Dzurinko said. “To have cancer and to be fundraising online for your bills is a very scary situation to be in and that’s the story of so many people who are experiencing the rising cots of premiums, deductions and medications.”

As for Samuels, who has an infectious fighting spirit, she wanted to bring awareness to the issue for anyone who suffers from chronic illnesses. When she posted her plight on her social media account, she said several people shared they were going through or had been through similar experiences.

“It’s a huge problem that we can’t keep these meds in stock,” she said.