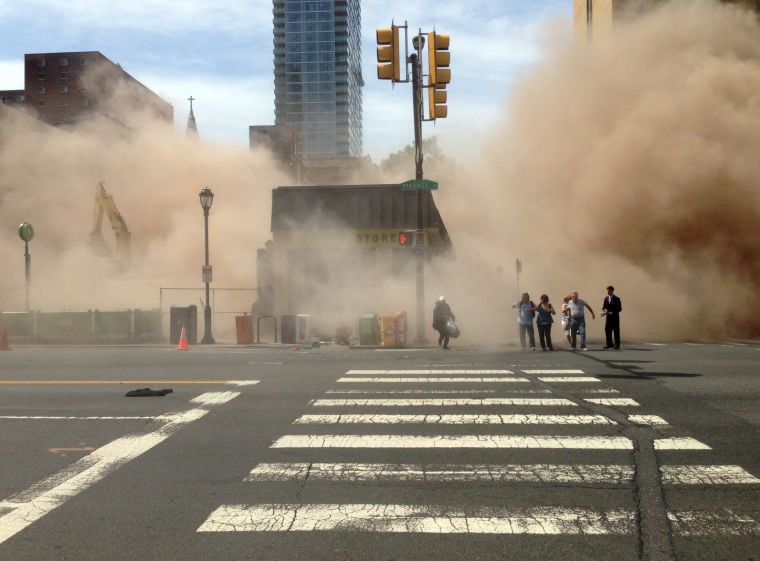 A dust cloud rises as people run from the scene of a building collapse on the edge of Center City in 2013. 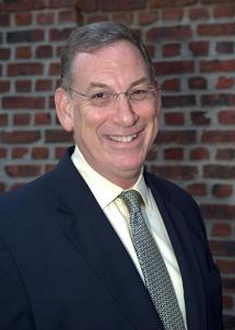 Sam Katz recently released a video and a policy paper that was highly critical of the Department of Licenses and Inspections. (PHOTOGRAPH COURTESY OF CITIZEN SAM)

A dust cloud rises as people run from the scene of a building collapse on the edge of Center City in 2013.

Sam Katz recently released a video and a policy paper that was highly critical of the Department of Licenses and Inspections. (PHOTOGRAPH COURTESY OF CITIZEN SAM)

Sam Katz, who ran for mayor three times, released a video and a policy paper this month that was highly critical of the Department of Licenses and Inspections, calling the city agency an “embarrassment mired in crisis management.”

Katz, who has not officially announced his candidacy for mayor but hasn’t ruled it out, released the video and the policy paper last week. Katz said he was releasing the video and policy proposals to outline several ideas to address what he called the L&I crisis.

“Given the tragedies that have struck the city that might have been avoided had L&I been more aggressive in its public safety mission, it is disappointing that there has been so little conversation in the election campaign about fixing this critical governmental agency,” Katz said.

The policy paper states that even though L&I has been the subject of grand jury investigations, reviews and studies and special commissions in many ways it is as weak and ineffective now as it was in the early 1950’s. During that time the city’s new Home Rule Charter was established to codify the functions of the department after a long history of corruption and dysfunctionality.

The owner of the demolition company in charge of the site, Griffin Campbell, was charged with six counts of third degree murder, six counts of involuntary manslaughter, 13 counts of recklessly endangering another person, causing a catastrophe, risking catastrophe and criminal conspiracy. Six people were killed and thirteen others were severely injured.

His employee, Sean Benschop is facing six counts of involuntary manslaughter, 13 counts of recklessly endangering another person and related offenses in the case. Benschop was operating heavy equipment at the site just before the building at 2136-38 Market St. fell apart.

The grand jury investigation and subsequent investigations by City Council and OSHA revealed the collapse was an avoidable tragedy.

Mayor Michael Nutter received the report in September from the Special Independent Advisory Commission established to review and evaluate the Department of Licenses and Inspections. The review was in response to the tragic collapse and had 37 recommendations for the department, ranging from organizational to staffing and technology changes.

“Safety must always be our first and foremost concern,” Nutter said. “In that spirit, I have decided that it makes administrative and strategic sense to move L&I, an agency whose central task is ensuring public safety, under the portfolio of the Office of Public Safety. I’m also creating a new position related to L&I called the chief safety officer, who will report directly to the deputy mayor and will actively participate in the implementation process of the Special Commission’s recommendations.”

L&I Commissioner Carlton Williams said he has been aggressively working to overhaul the department’s processes and procedures. Williams said one of the moves he’s taken is to set up an Emergency Services Unit that will proactively investigate building owners who are not in compliance with city building codes.

“We have to be more aggressive in this. What the grand jury said in its report concerning the York Street Fire was painful to hear. But the mayor’s budget allocation represents needed changes,” Williams said. “We needed to improve the process by which code violations are brought into court and building owners brought into compliance.”

Mark McDonald, spokesman for the Nutter administration, said that since the June 5, 2013 building collapse, L&I has been working hard at increasing inspections at vacant properties and construction sites and increasing oversight.

“Since the tragedy at 22nd and Market St., the city has reduced the number of imminently dangerous buildings by half and increased by 25 percent the number of vacant properties that are cleaned and sealed,” McDonald said. “The city has adopted new laws and regulations that increase the level of oversight for construction and demolition sites. This year, we’re hiring and training 27 inspectors, and in the coming year we’ll hire an additional 43 staff, including 31 L&I inspectors to increase inspections of vacant properties, construction sites and to create a new Fire Prevention Unit.

Katz said even though there have been some significant changes within L&I he still doesn’t think it’s a reliable department.

“I would suggest that much more needs to be done,” Katz said. “Until the management changes there’s going to be problems but no, I don’t think it’s a reliable department right now.

Katz’s statements, policy paper and video followed a few weeks after he launched an independent website called “Citizen Sam” where he lays out his ideas for improving city government.