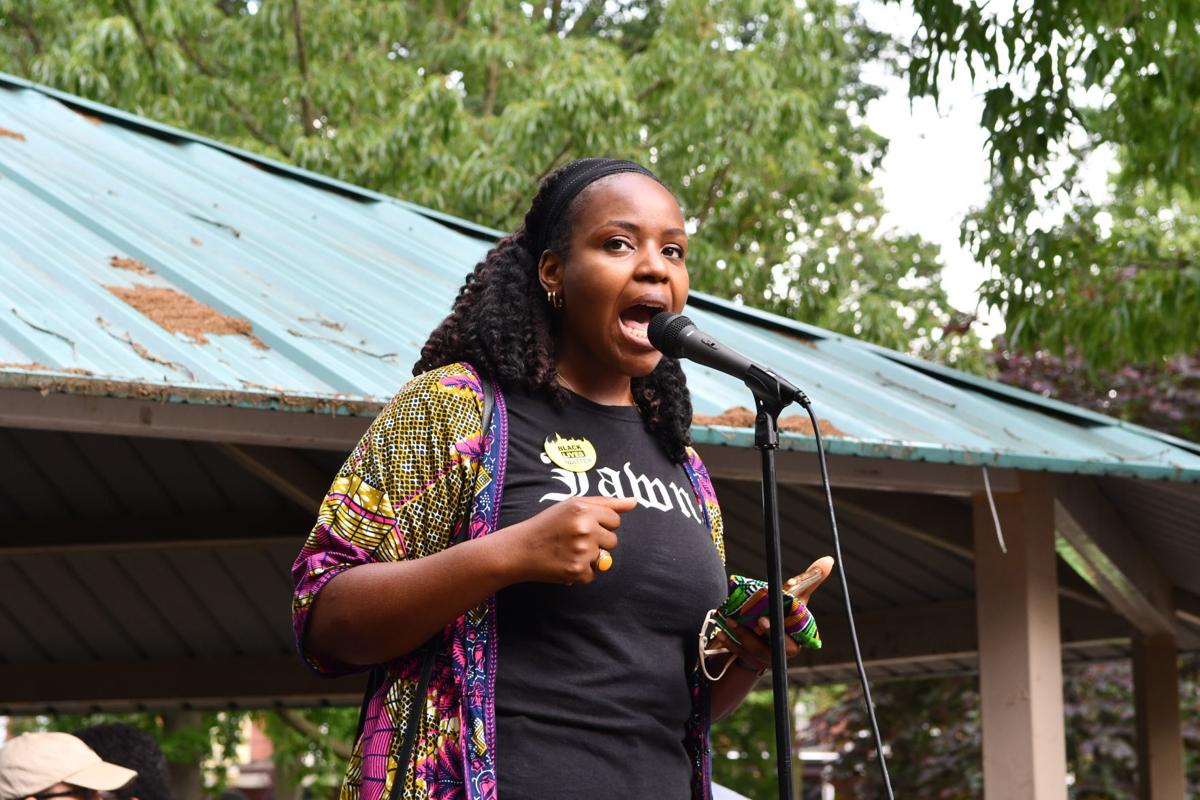 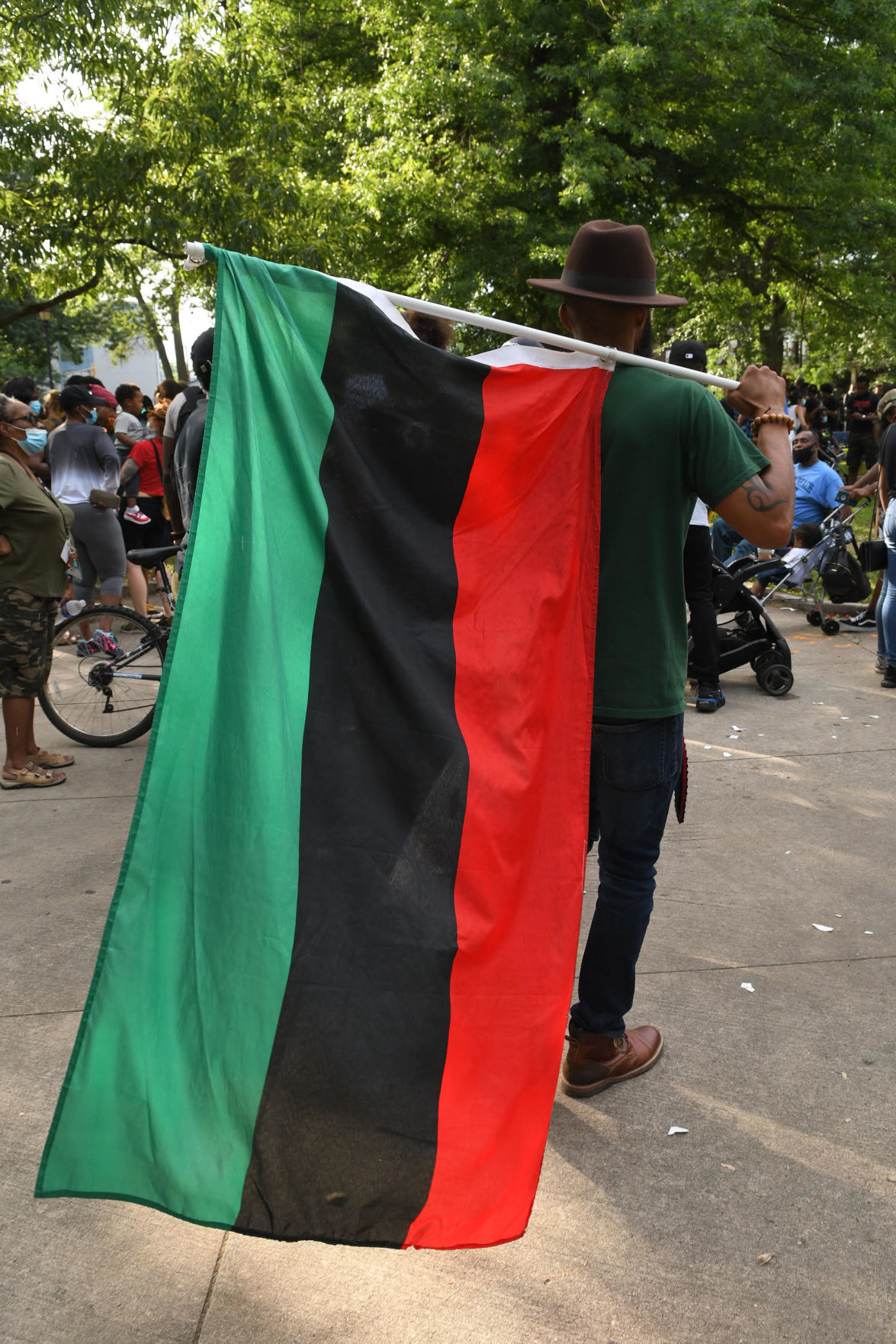 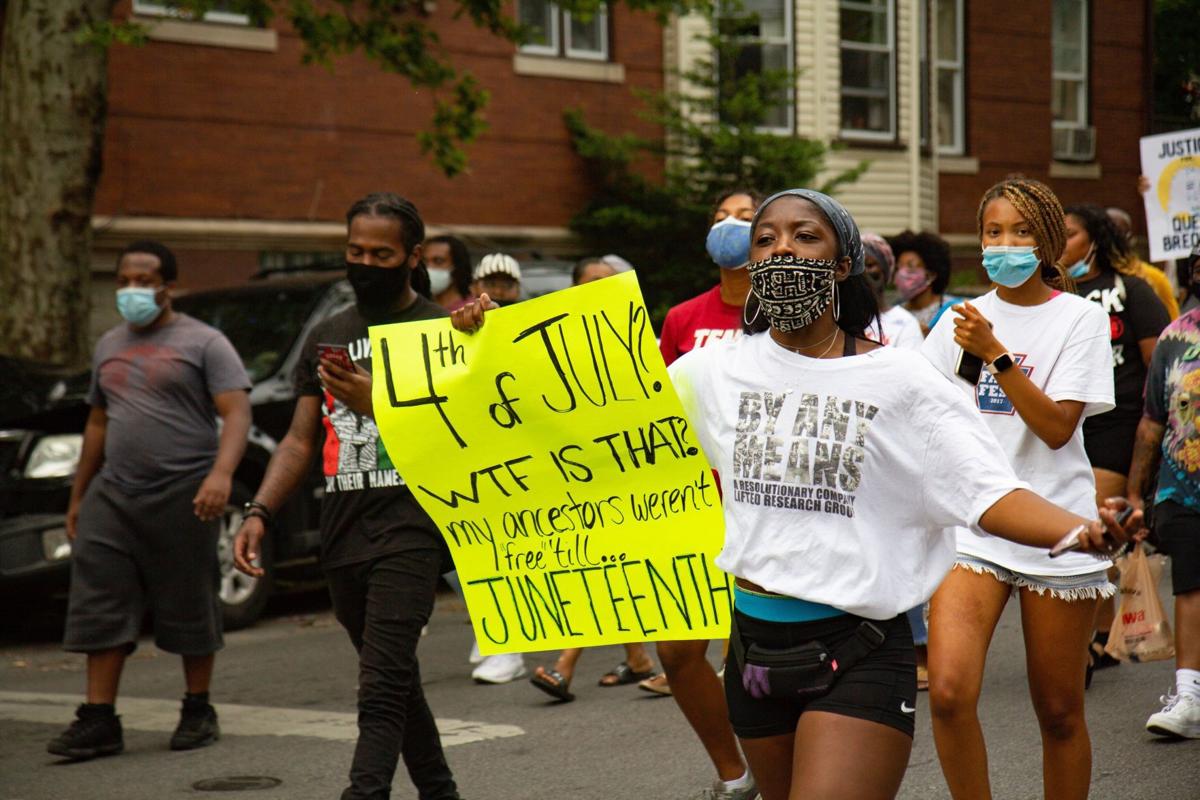 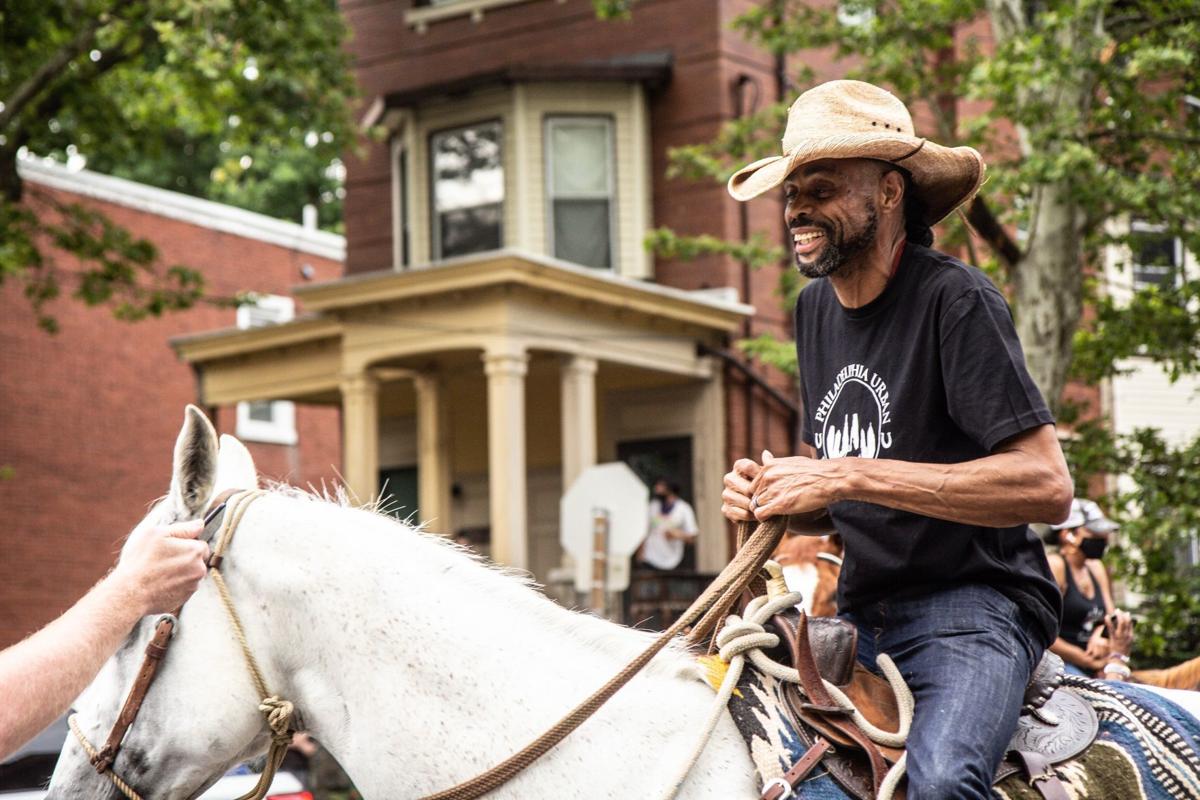 Hundreds of community activists and families gathered in West Philadelphia on Friday for a protest that was also a celebration of Juneteenth and all things Black.

“Freedom is what this day is about,” said YahNé Ndgo, of Black Lives Matter Philly, the group that organized the event. “[And] we need to express some joy, not only as individuals but as a community because we are attacked as a community. We can’t live this life without joy. We can protect ourselves from COVID but not at the expense of this day. It’s an important day to take a risk.”

The celebration, called Jawnteenth, began with a march that featured the Positive Movement drumline. The marchers held their fists in the air, danced, and chanted “I love being Black” and called for justice.

The march led back to Malcolm X Park, where several activists talked about systemic injustice and stressed the need for all Black people to be free.

“The very issues we are fighting for today on the streets, [political prisoners] were fighting for years ago — police violence, mass incarceration, civil and human rights violations,” said Robert Saleem Holbrook, director of community organizing for the Abolitionist Law Center. “My question is when are we going to fight for them — Mumia Abu-Jamal, Russell ‘Maroon’ Shoatz, Joseph Bowen. It’s time for them to come home.”

Ayanna Ife, an activist who is blind, called attention to police brutality against people living with disabilities, saying that “Black disabled folk specifically are under attack by the criminal justice system.” She recounted the story of a local blind Black man she said was assaulted by police and subsequently “humiliated by the judge” when he had to remove his “prosthetic” eye and show the courts he was blind.

Intermixed between the speeches were dance performances, poetry and live hip-hop music.

Poet Ngakiya Camara read her poem “Say My Name,” which pleaded for the cause of Black women: “Burn down buildings so my soul can have light to guide it.”

Organizers also called attention to their list of demands on behalf of the Black Radical Organizing Collective.

They include freeing political prisoners, an end to all carceral systems, and decriminalization of of Black resistance, among others.

Jawnteenth was one of many protests held across the city on Friday.

Earlier in the day, a few dozen protesters, led by a newly formed group called I Will Breathe, held a die-in in front of City Hall. They laid on 15th Street for 8 minutes and 46 seconds — the amount of time then-Minneapolis Police Officer Derek Chauvin knelt on George Floyd’s neck — as organizers read the names of unarmed Black men, women and children who have been killed by police.

After that demonstration, the protesters marched up the Benjamin Franklin Parkway to the Philadelphia Museum of Art, where they met with another group of protesters for a rally.

Another group held a protest that was also a fashion show. Models walked through Independence Plaza wearing clothes made by local designers in support of the Black Lives Matter movement.

Ndgo, of Black Lives Matter Philly, said more than anything, the day was about freedom for all groups of Black people.

“We don’t leave a single person in our community out when we are talking about our freedom,” she said. “We are still not free but we will fight for it, because if we are not free, no one will be free.”

‘This is a protest’: Philly Pride march draws hundreds to rally for Black trans lives