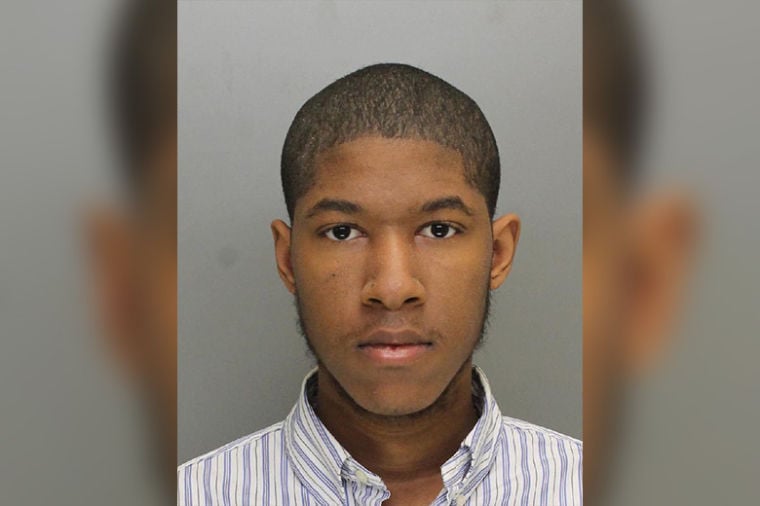 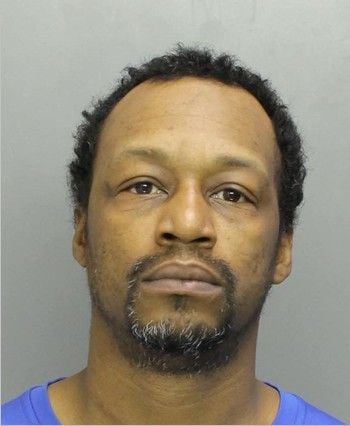 The weapon recovered was actually a BB gun, police said. A video of the arrest was a viral sensation in social media because it demonstrated how police can capture armed suspects without firing shots.

Russell Mason-Watts, 20, from the 200 block of Kenilworth Street was charged with multiple robberies and related offenses for the Jan. 26 robbery of the Dunkin’ Donuts located at 6210 North Front St. Burglary officers assigned to the 35th district were inside the store parking lot when they saw the suspect wearing a white mask walk into the Dunkin’ Donuts at 10:18 a.m.

Once inside the store, Watts allegedly pulled out a gun and announced he was robbing the store. Quickly but quietly the officers entered the store, drew their weapons and successfully subdued Watts without firing a shot, and it turned out the gun Watts was armed with was a BB-gun.

Investigators at Northwest Detectives determined Watts was allegedly responsible for committing another armed robbery a week earlier. That robbery was at the Family Dollar, 6201 N. Front St.

A man wanted for punching out a teen-aged girl on a SEPTA trolly, turned himself in Tuesday. The man was identified as Damon Oliver, 40, from the 2200 block of N. Carlisle Street.

Oliver is charged with terroristic threats, simple assault and recklessly endangering another person. The charges are in connection with an assault Oliver allegedly inflicted on a 17-year-old girl on Jan. 21 at 7:47 a.m. while on the Route 15 trolley in the area of 700 W. Girard Avenue. The victim was involved in a verbal altercation with Oliver over accidentally hitting him with her book bag. The verbal altercation ended with Oliver allegedly punching the female several times in her face, causing a broken nose, swollen right eye and scratches. She was taken to Thomas Jefferson University Hospital, where she was treated for her injuries.

Court documents show Oliver has a lengthy criminal history dating back to 1994 when he pleaded guilty to aggravated and simple assault.

Southwest Detectives is looking to identify and locate the suspect wanted for a burglary in the city’s Elmwood section.

On Dec. 13, at 4 a.m., an unknown male driving a black SUV, possibly a Ford Explorer or Chevrolet Trailblazer, was recorded on surveillance video breaking into the Straight Gate Church, located at 6000 Elmwood Ave., by jumping over a side fence. A short time later the suspect left the property carrying two large bags containing approximately $3,500 worth of copper piping and plumbing fixtures and placed them in the car. He was last seen heading east on Elmwood Avenue. He is described as a Black male, between 40 and 50 years old with a medium build.

To review the video go to Philadelphia Police YouTube Channel or http://phillypolice.com/news