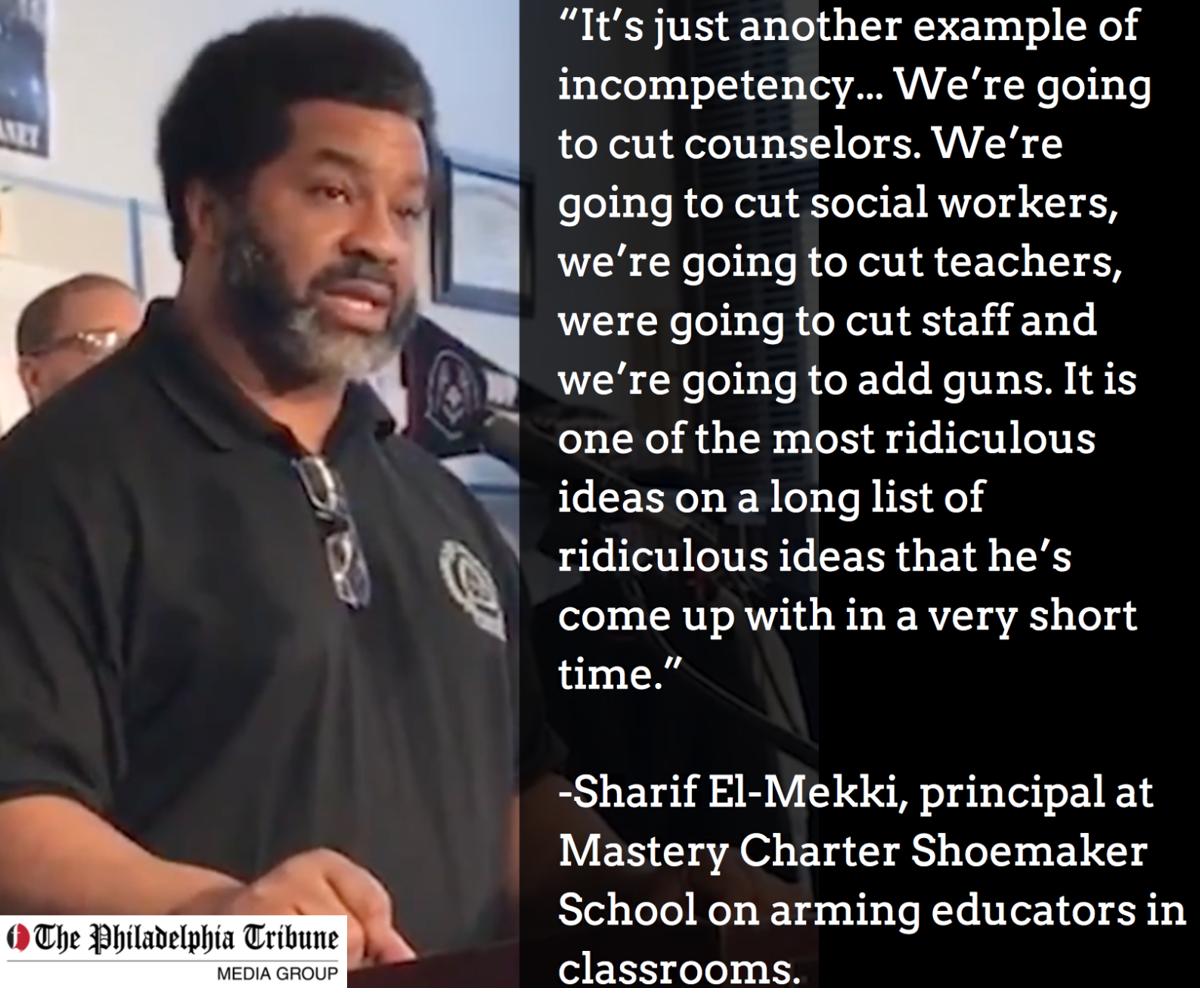 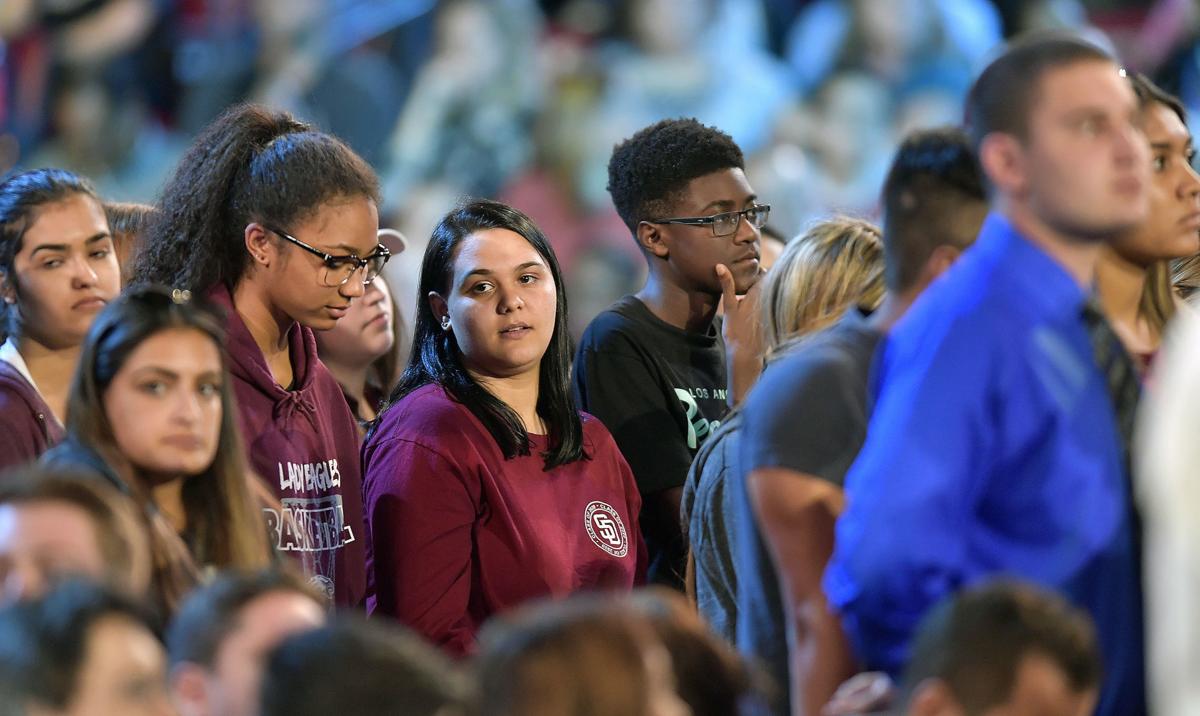 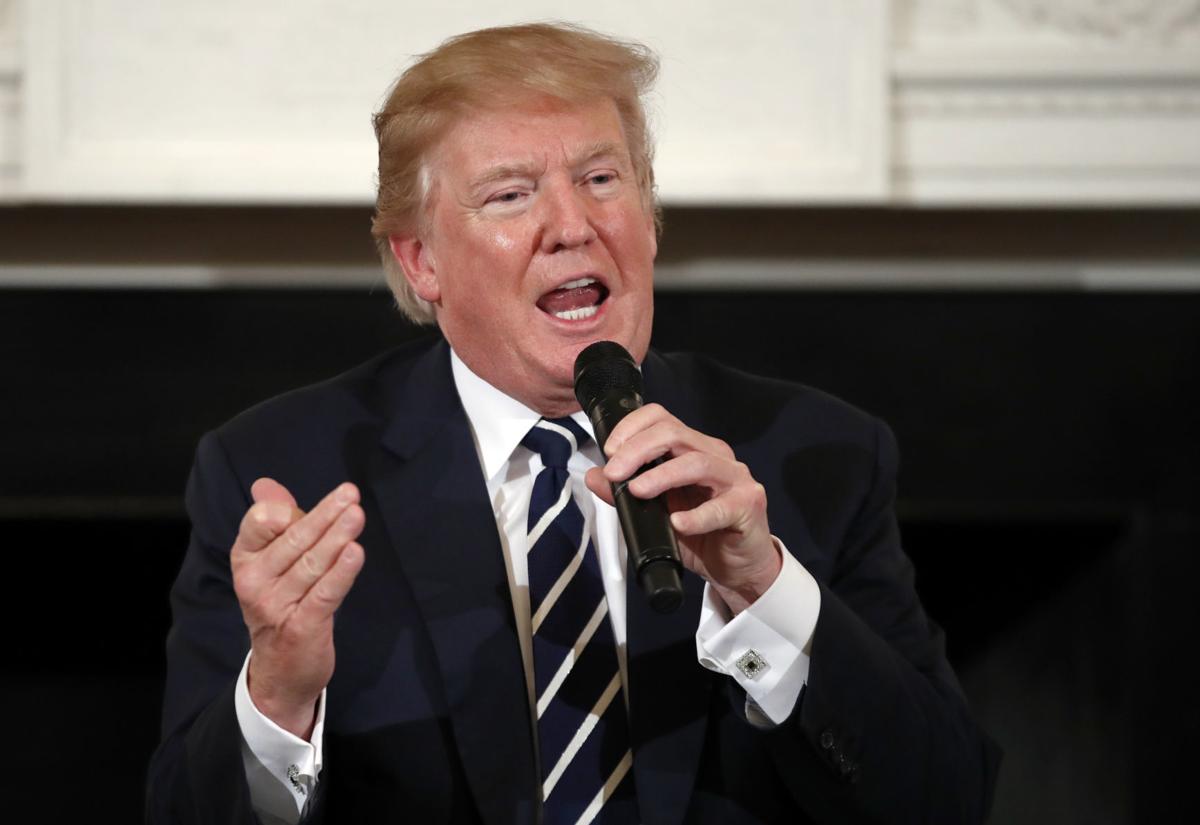 President Donald Trump speaks as he hosts a listening session with high school students, teachers and parents in the State Dining Room of the White House in Washington on Wednesday.

President Donald Trump speaks as he hosts a listening session with high school students, teachers and parents in the State Dining Room of the White House in Washington on Wednesday.

President Donald Trump’s proposal to arm teachers to “fire back if a savage sicko came to a school with bad intentions” has received strong criticism.

El-Mekki is not alone.

“Our children live with the trauma of gun violence in their lives every day,” said Philadelphia Federation of Teachers President Jerry Jordan. “They don’t need to carry that over into their schools – they're knowing that their teachers are armed with guns. This is something that we will never table.”

Trump proposed arming teachers earlier this week in wake of the school shooting at a Florida high school by a suspended student that left 17 students dead. Trump never addressed how arming teachers and the training required for this would be funded.

However, two days before the Feb. 14 massacre, Trump released a budget proposal that would make severe cuts to educational safeguards in place in the event another incident such as the one that occurred at Stoneman Douglas High School occurs.

The budget reportedly cuts $25 million, or roughly 36 percent, from national school safety programs, reducing spending from the $67.5 million currently being spent. It seeks to eliminate “project prevent grants,” which, according to the education department, are used to “serve students exposed to pervasive violence.” In the past, these services have funded conflict resolution and “other school-based violence prevention strategies.”

Some of the funds Trump is targeting for elimination in the past have helped to pay for counsellors in schools where violence has taken place and prevention programs, raising the question of how teachers, should they even consent to being armed, would be trained.

The budget also cuts funding from a program called School Emergency Response to Violence, or Project, or SERV, which was used to fund recovery efforts surrounding the 2012 Sandy Hooke Elementary School shooting in Newton, Connecticut.

Jordan is vice president of the American Federation of Teachers, which represents 1.7 million pre-K and 12th-grade teachers and other school personnel. National President Randi Weingarten condemned Trump’s proposal to arm teachers in a sternly worded response to the rank-and-file.

“The response was universal, even from educators who are gun owners: Teachers don’t want to be armed, we want to teach. We don’t want to be, and would never have the expertise needed to be sharp shooters; no amount of training can prepare a teacher to go up against an AR-15,” Weingarten said.

The PFT and the School District of Philadelphia are in agreement on guns – they don’t want them anywhere near there schools. They are not permitted on the premises, and teachers who have concealed-carry licenses are not allowed to have them on their person or in their parked cars while on school grounds.

“There are absolutely no provisions for teachers to carry a firearm,” Jordan said. “There is a clear Board policy that prohibits guns.”

El-Mekki said that Mastery Charter Shoemaker has neither an armed guard or metal detectors.

“So there is no way we are going to have guns and armed teachers,” he said. “It won’t even be tabled [for discussion]. The nation is talking about decreasing guns and he’s talking about increasing them and putting them in close proximity to children. People used to call a bad idea ‘half-baked.’ This is not half-baked; it’s stupid.”