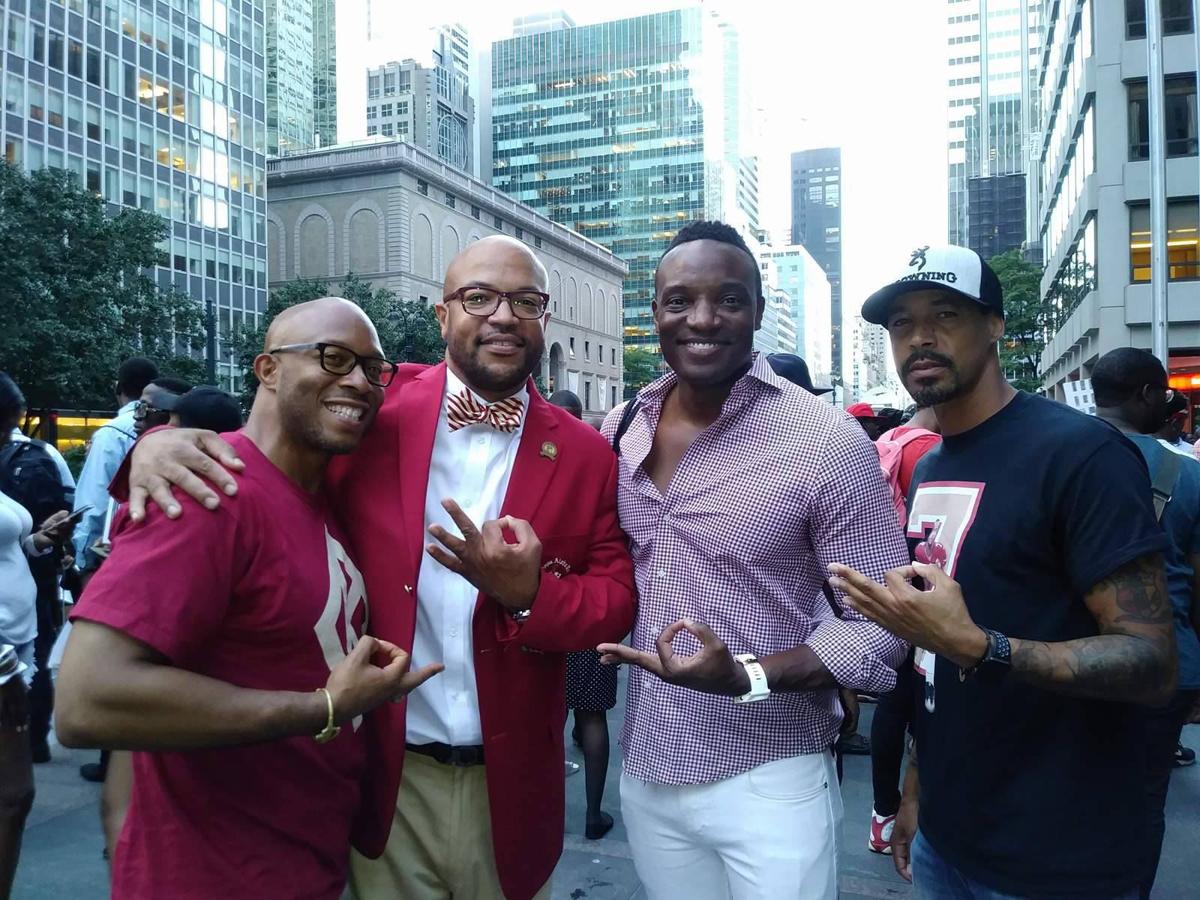 Herman Douglas, left, Will Mega, Kwame Jackson and Eros Conner were among the many Kappa supporters for Colin Kaepernick in New York City on Wednesday. 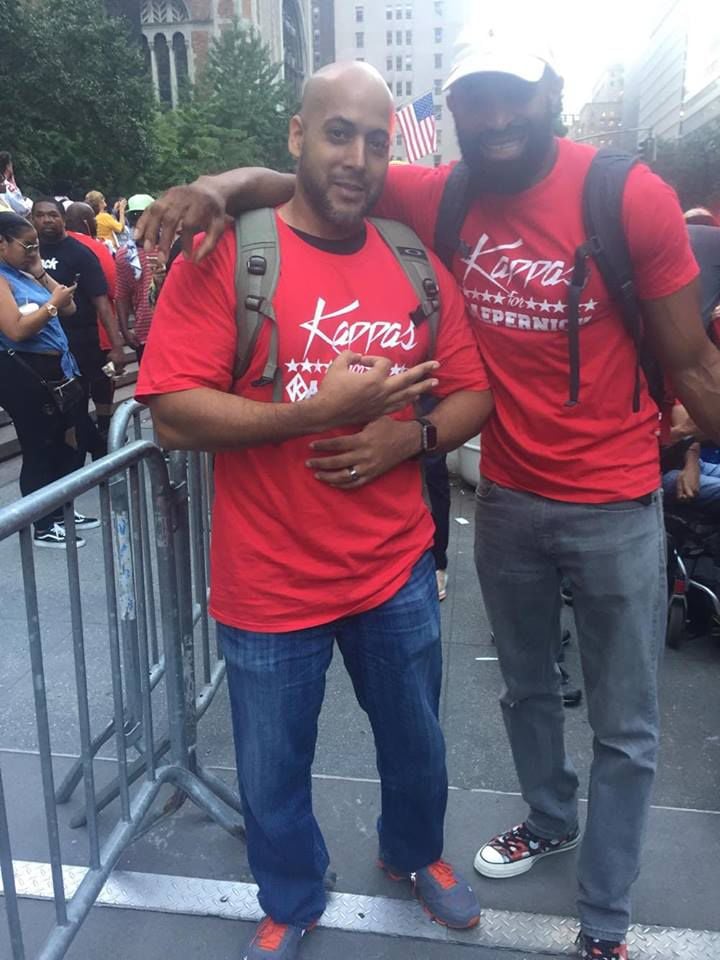 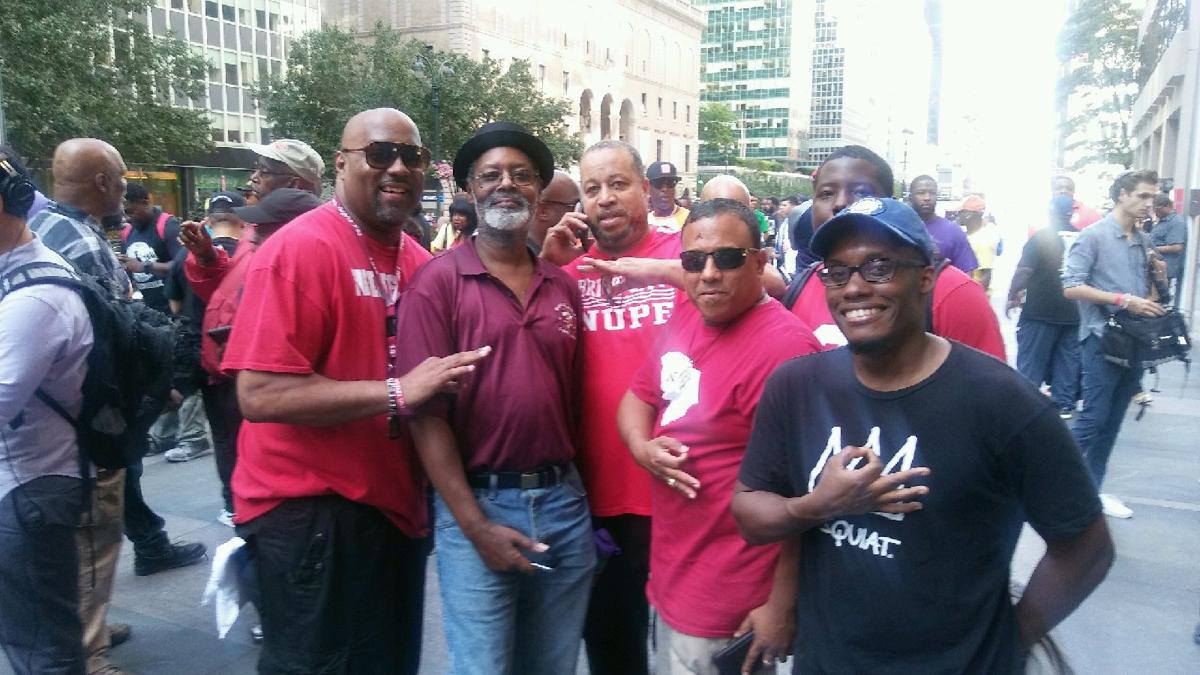 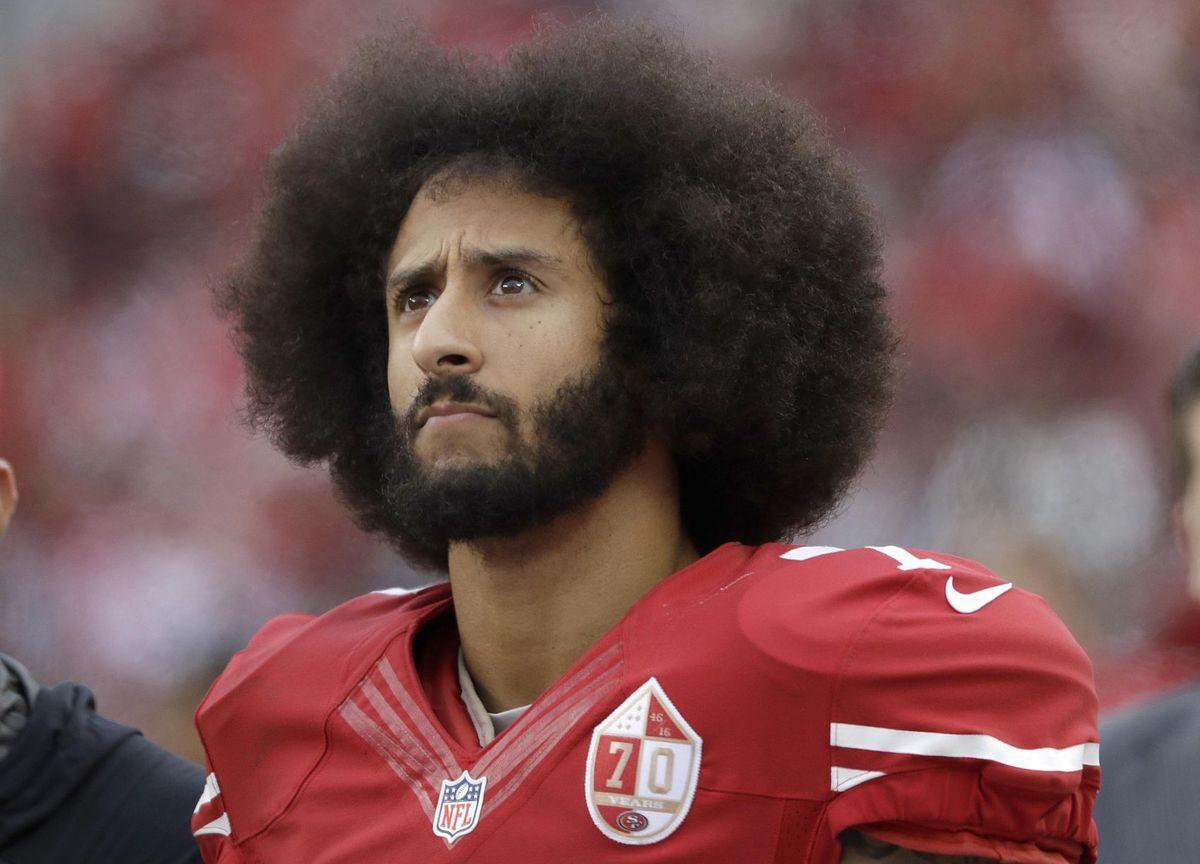 Herman Douglas, left, Will Mega, Kwame Jackson and Eros Conner were among the many Kappa supporters for Colin Kaepernick in New York City on Wednesday.

Will Mega does not want Colin Kaepernick’s original message watered down.

This is why the member of Kappa Alpha Psi Fraternity, Inc. joined the crowd of about 3,000 on Wednesday in a rally in front of the National Football League’s New York headquarters in a show of support for the quarterback, who is also a member of the mostly-Black fraternity.

“The media has taken it as a boycott to get his job back,” Mega, from West Philadelphia, said. “Colin Kaepernick has not one time mentioned having an issue about the league not picking him up. I think he has no problem with not playing. But we are in support of him standing up against the powers that be in protest of the murder of unarmed Black people — by the police — in the forefront of social injustice issues.”

Kaepernick drew national attention last year when, as a member of the San Fransisco 49ers, he refused to stand during the playing of the national anthem to protest police brutality. His stance quickly morphed into a slight of the military, which Kaepernick never mentioned.

Kaepernick, who started in the Super Bowl four year ago, opted out of the last year of his contract and has not been picked up. Meanwhile, marginal quarterbacks, some who have never thrown a pass in an NFL game, have jobs.

The fraternity had come under fire for not being more vocal in its support of Kaepernick. Specifically, on Aug. 21, Rob Parker, a contributor with Fox Sports 1, wrote a column for the Shadow League titled “Where are Colin Kaepernick’s Frat Brothers?”

“All he [Rob Parker] had to do was Google our Grand Polemarch’s name and he would have seen that a letter had gone to the NFL well in advance of his article,” Mega, the Dean at Sankofa Freedom Academy in Kensington, said.

The letter stated, Kaepernick’s “decision to take a stand arose out of the seemingly endless series of incidents that far too often finds young, unarmed Black and brown males, like him, dead or mortally wounded after law enforcement encounters.”

The fraternity’s international headquarters is located on the 2300 block of North Broad Street.

Local businessman Rodman Staton Jr., a member of the fraternity for 31 years, packed into a car on Wednesday morning with some other fraternity brothers not knowing what to expect and made his way to Manhattan.

When he arrived, he was impressed by the sea of brothers he saw in their crimson and cream paraphernalia mixed in with the crowd.

Staton said the NFL has every right to conduct its business the way it sees fit.

“For me it was less about the NFL and more about the whole police brutality situation,” he said. “It’s not about putting pressure on the NFL. It’s more about why Colin took a knee in the first place. I took the opportunity to show support for something I believed in and it was beautiful and refreshing. And it went off without a hitch.

“You can’t force ownership to make a move for Colin,” Staton added. “But he belongs in the league. It’s a whitewashing. He is in the prime of his career and can offer a lot of teams help.”