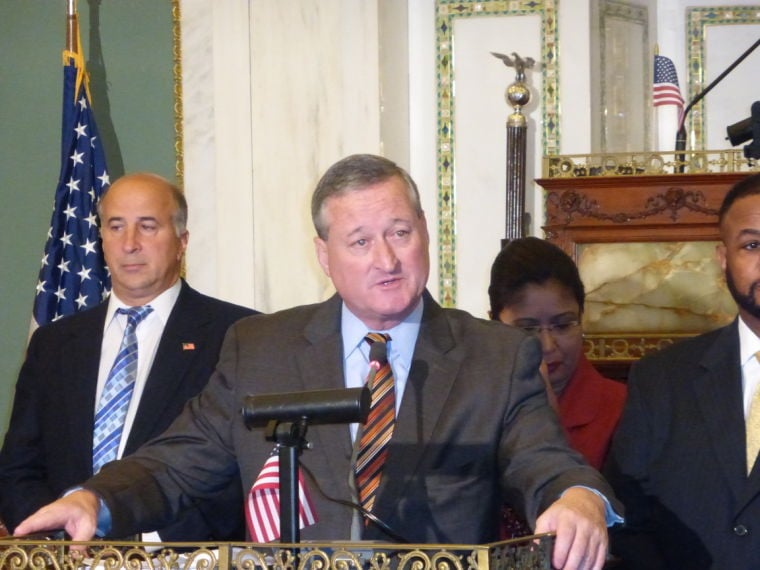 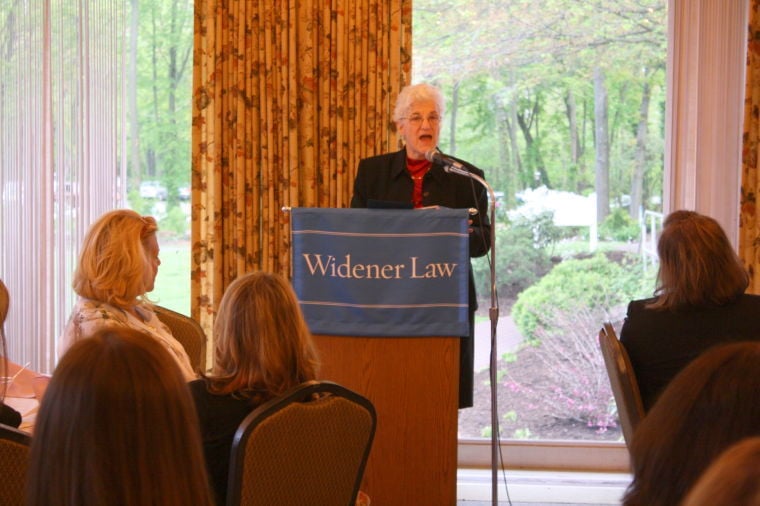 — Photo courtesy the Flickr stream of Widener School of Law

— Photo courtesy the Flickr stream of Widener School of Law

This is a story, largely, about two public officials.

The two officials are now running against each other for the Democratic nomination for mayor of Philadelphia and the issue of a DROP payment has emerged as a campaign issue.

Former Councilman Jim Kenney has criticized Lynne Abraham, the former city district attorney, for taking a DROP payment when she retired. The Philadelphia Board of Pensions and Retirement has confirmed Abraham received a DROP payment of $382,294.36.

Abraham, who served in city government since the mid-1970s, including an 18-year stint as district attorney until she stepped down in 2011, was entitled to the payment, as are all qualified city employees.

But Kenney takes issue with the program and those who benefit from it.

“Denying retired firefighters and police their first cost of living adjustment in seven years to save one percent of our $5 billion pension fund isn’t fiscally responsible, it’s immoral,” Kenney said. “Unlike other Philadelphians who are eligible for social security benefits and receive regular cost-of-living adjustments, the retirees who put their lives on the line every day for Philadelphians have received no adjustment for cost of living since the fiscal crisis in 2008. In fact, they are only receiving one this year because the pension fund has performed better than expected for the past few years.

“I fully appreciate the need for our city leaders to look at the bigger financial picture, which is why I was the chief sponsor on the rainy day fund bill, voted against DROP, refused it myself and turned down cost of living increases that are automatically awarded to the mayor and city council during the fiscal crisis.”

In 2010, Mayor Michael Nutter commissioned a study to examine the impact of DROP on retirement behavior and net pension costs to the city. The study found DROP resulted in a significant delay in retirement age.

Council did vote to amend the DROP entry in the Philadelphia Code in 2012. That bill made various changes to DROP to reduce its costs, including changing eligibility requirements and the interest credited to DROP accounts, adding a new option for retirees to take a lump sum benefit at retirement in exchange for an actuarial reduction of their regular monthly pension, and making conforming amendments to other provisions.

The Pennsylvania Intergovernmental Cooperation Agency defined DROP as a voluntary program in which city employees who are eligible to retire can select a date to retire for pension purposes. They must also select another date up to four years in the future to officially separate from city employment, and commit to separating at that date.

Of note, during the period of DROP participation between these two dates, employees continue to receive wages and non–pension benefits in the same manner as all other employees. For pension purposes, however, they are considered retired, that is, they no longer make employee contributions to the retirement system, and they no longer accrue additional pension service credits.

According to the Philadelphia Code, eligible city employees who elect to participate in the DROP “make an irrevocable commitment to separate from city service and retire upon ceasing participation in the DROP, which they must do no later than four years after entering the DROP.”

Those rules have been tested over the years.

Councilwoman Marian Tasco in 2011 temporarily retired from council for a business day and collected a DROP payment — only to immediately return to council. Tasco has announced she will retire from council at the end of the present session. She received $382,294.36 when she stepped down the first time.

Former councilman Frank Rizzo Jr. has said he regretted taking a DROP payment upon his resignation from council in 2012, and is looking to get out in front of the issue before it becomes a campaign issue. Rizzo, a former Republican, seeks an at-large council seat in May’s election as a Democrat.