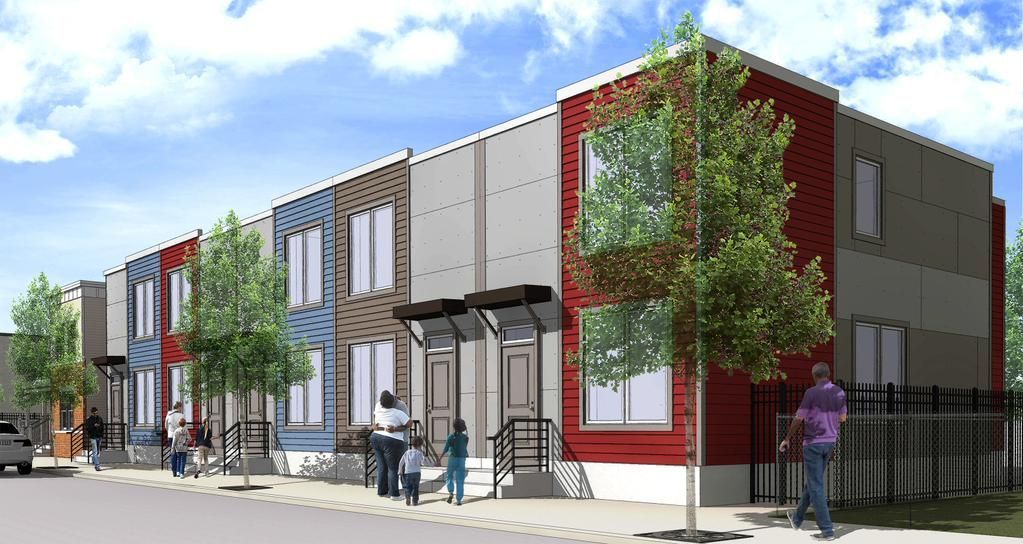 a rendering of what Phase One of the Sharswood/Blumberg transformation will look like when completed. The ground-breaking for 51 new town house style homes begins this July. — PHOTOGRAPH FROM PHILADELPHIA HOUSING AUTHORITY 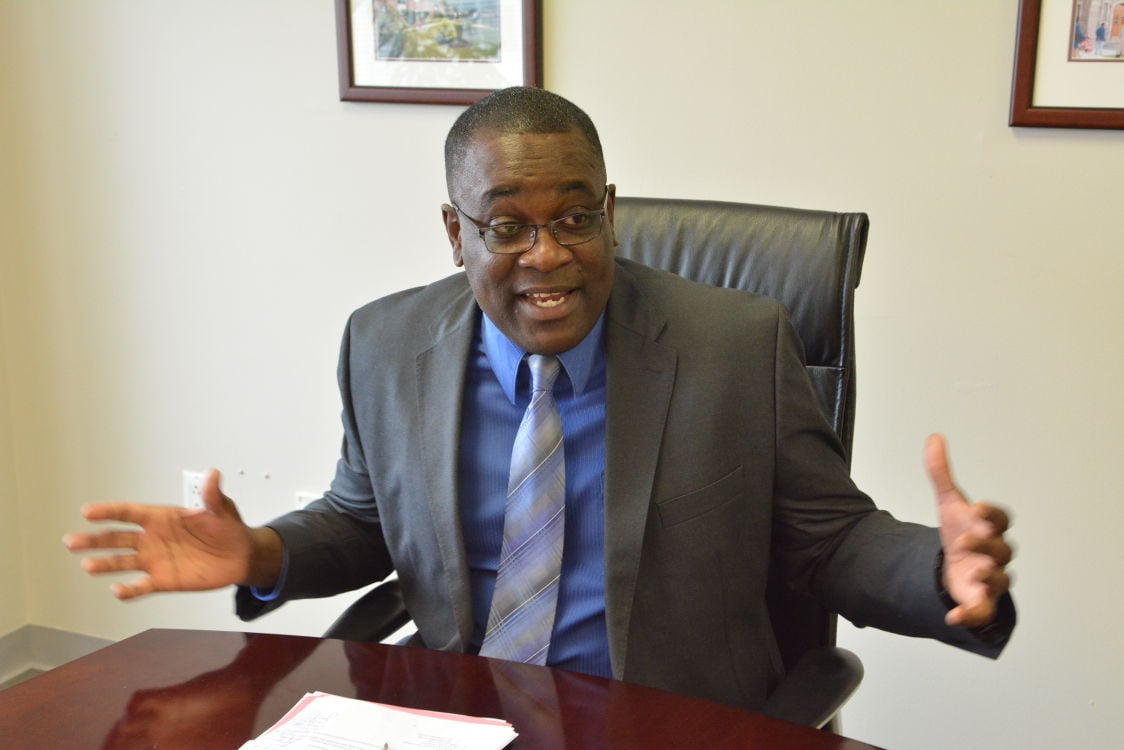 Philadelphia Housing Authority President and CEO Kelvin Jeremiah says that the Sharswoord Blumberg transformation plan is its most ambitious plan in well over a decade.

a rendering of what Phase One of the Sharswood/Blumberg transformation will look like when completed. The ground-breaking for 51 new town house style homes begins this July. — PHOTOGRAPH FROM PHILADELPHIA HOUSING AUTHORITY

Philadelphia Housing Authority President and CEO Kelvin Jeremiah says that the Sharswoord Blumberg transformation plan is its most ambitious plan in well over a decade.

Philadelphia Housing Authority President and CEO Kelvin Jeremiah is a man with a vision and an ambitious project he says will significantly transform a distressed and blighted community into one of new homes and a thriving commercial corridor.

He said the Sharswood-Blumberg transformation plan is PHA’s most ambitious in well over a decade. The neighborhood, situated in lower North Philadelphia in close proximity to Center City, will not just be the site of new homes where old high-rise apartments now stand, but an overall strategy to anchor a commercial corridor and provide new schools.

“We’ve never done anything like this before,” Jeremiah said. “But it’s necessary if we’re talking about improving the quality of life for these people. We have a responsibility to transform this community and have the greatest impact. We’re talking about a community where all of the social pathologies of crime, unemployment and poverty are at the highest. Unemployment in the Sharswood-Blumberg community is about 80 percent.

The Philadelphia Housing Authority received a $500,000 Choice Neighborhoods Initiative Planning Grant from the U.S. Department of Housing and Urban Development. The area is bordered by Cecil B. Moore Avenue on the north, College Avenue and Poplar Street on the south, 20th Street and Ridge Avenue on the east and 27th Street on the west.

It was, until the mid-20th century, a stable, diverse and thriving commercial district. There was affordable housing for local brewery and factory workers. It became a center of the city’s Black middle class.

Little of that exists now.

The Sharswood-Blumberg development is a mixture of high-rise and low-rise homes and apartments, with 501 total units. A nine percent Low-income Housing Tax Credit through the Pennsylvania Housing Finance Agency permitted PHA to raise $12.6 million in private investment to cover roughly 60 percent of construction costs for the first phase of development.

“Phase one of the project begins in July with the construction of 57 town-house style homes which will be completed within 12 to 14 months,” Jeremiah said. “In September we expect to begin demolition of the exiting towers once we have the approval of HUD. The towers represent failed public policy. There’s a stigma connected to living in a community of public housing that’s only for poor people. This community has no supermarket. There are two shuttered schools. People move into a community where they will feel safe, where they have amenities and schools that provide good education. None of that exists there right now. I will demolish those towers. We will retain one and refurbish it for senior living.”

PHA estimated the total cost of phase one development and construction to be close to $20.9 million. It will come from $1.5 million in federal HUD funds, $12 million to be sold to builder’s for tax credits and a $6.3 million PHA loan.

Sharswood-Blumberg Phase I will consist of 57 new-construction rental units available to households whose incomes at 60 percent of area median income and below. The development will be constructed on vacant land on the existing Sharswood-Blumberg site, as well as on vacant properties immediately adjacent to the site. The development’s design is consistent with Enterprise Green Communities standards, emphasizing sustainability and energy efficiency.

Jeremiah noted several officials — including Mayor Michael Nutter and City Council President Darrell Clarke — were influential in PHA moving forward on the project and in obtaining the tax credit.

“All Philadelphians deserve to live in clean, safe and prosperous neighborhoods,” Clarke said. “Having all levels of government behind this redevelopment will help ensure Sharswood becomes a true urban revitalization success story.”

Jeremiah said he sees great potential in Sharswood-Blumberg. Another aspect of the transformation plan is the condemnation process, which Jeremiah said involves 1,300 properties. He said families that have to be moved from existing PHA properties will be placed in other public housing and they have a right to return to the old neighborhood if they want when the transformation is completed.

“There’s a lot of vacant land and abandoned buildings,” he said. “There are 800 private properties; we’re paying the people who live there the market rate for them. Another 500 are public properties and we have acquired most of them under new titles.

“This is not a question of taking people’s homes and not paying for them. There is no displacement of families; no one is being put out on to the street. In fact, the people have a 100 percent right to return. Some of the people there are skeptical about what we’re doing and they have a right to be. They’ve been ignored and lied to in the past.

“But this transformation project won’t just put roofs over people’s heads,” Jeremiah said. “It’s about creating safe environments, providing opportunities and opening doors for people to live up to their potential. This is one of the most distressed communities in the city. When you isolate and disconnect families it’s easy to see the differences between those who have and those who have not. It’s my responsibility to change that and I will.”