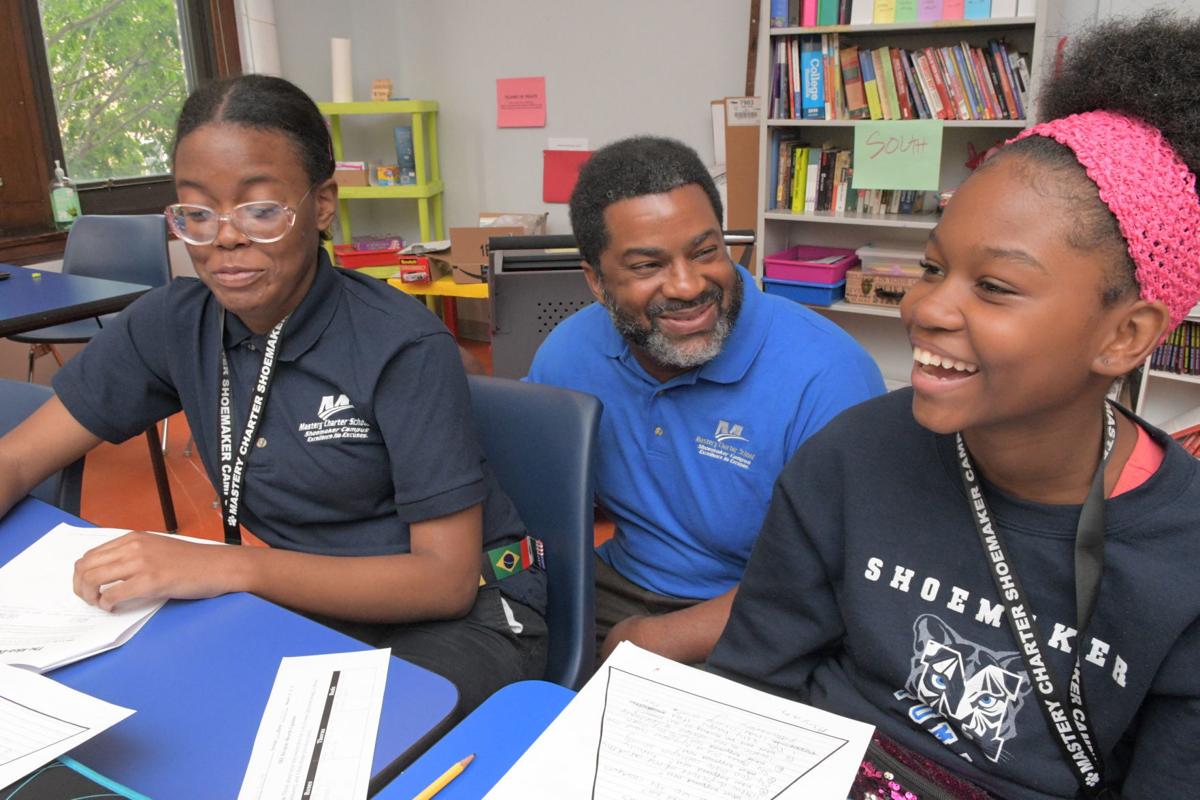 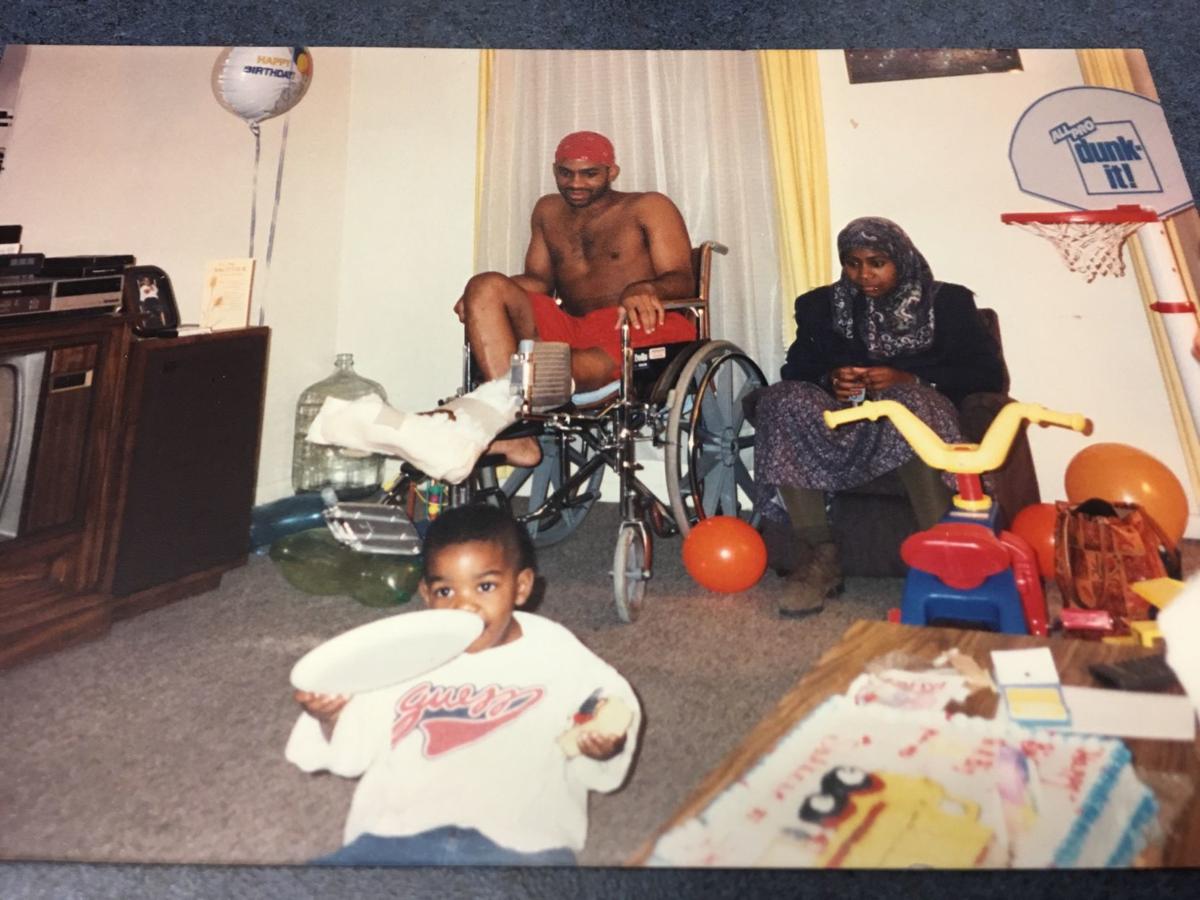 Sharif El-Mekki almost lost his leg after a shooting in 1992. A bullet severed his artery and cut off the flow of blood to his leg; doctors performed 12 surgeries to save it. 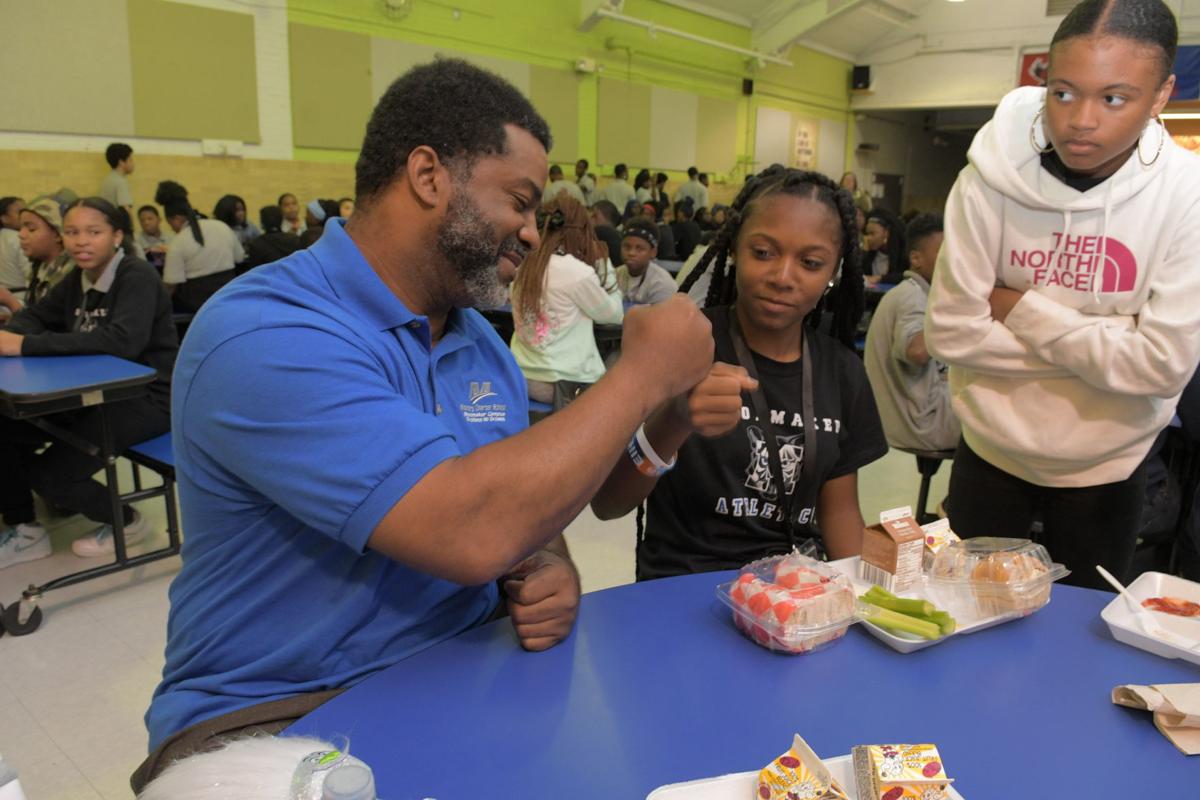 Sharif El-Mekki almost lost his leg after a shooting in 1992. A bullet severed his artery and cut off the flow of blood to his leg; doctors performed 12 surgeries to save it.

Sharif El-Mekki doesn’t often roll up his pant leg to reveal the scars on his lower leg where the gangrene set in and almost forced doctors to amputate his lower leg.

He doesn’t talk about the 12 excruciatingly painful surgeries during a seven-week stay in the hospital — or of wishing he were dead — because, he says, “some of the surgeries were more painful than the gunshots.”

And he doesn’t often publicly mention Derrick Parks, the eighth-grade dropout who shot El-Mekki three times on Oct. 4, 1992 after El-Mekki made a “good, hard tackle” on him during a pickup football game at John Bartram High School’s football field at 58th and Elmwood Avenue.

El-Mekki, now 47 and the principal at Mastery Charter High School Shoemaker campus, doesn’t talk about how the shooting changed his life — how it turned him from a young man with no sense of direction to a man driven by the desire to prevent something like that from happening to anyone else.

“I felt bad that it happened and I felt bad that he made that choice, but there was never this animosity. He was still a Black man, my age,” El-Mekki said. “After I started teaching, I often wondered how could we as educators have engaged him even more. Not that schools can do everything, but I do think we play an absolutely critical role in keeping youth engaged and helping them find what their purpose in life is.”

The road to recovery

It’s 26 years later and El-Mekki is standing at the center of the Bartram High School football field — the scene of the crime — on a sun-splashed Sunday afternoon. He points to the stands where four men jumped the fence, one of whom handed Parks the 9 mm handgun that he would use to shoot El-Mekki during what began as a fist fight.

And he describes how he would have died had the gun, initially aimed at his head, not jammed. He says he feels “blessed” it didn’t go off.

Lastly, he grimaces at the grotesque memory of seeing his blood begin to clot on the lumpy grass as he struggled to maintain consciousness.

“When someone gets shot in the leg,” he says, “you usually don’t spend a lot of time in the hospital. You’re usually out [of the hospital] shortly.”

It was not, however, that simple.

A bullet severed a major artery in his left thigh, cutting off blood flow to his lower leg. As a result, muscle tissue in the lower leg, deprived of blood, began dying.

Gangrene set in just below his knee and above his ankle, requiring a dozen operations that involved moving muscles and veins from other regions of his body to replace the dying muscles in his lower leg. He needed multiple skin grafts, and there was talk by his doctors that amputation might be necessary.

“I never thought I was going to die from the bullet wounds,” El-Mekki said. “But there were times during those other surgeries that I wanted to.”

El-Mekki entered the hospital on Oct. 4 and did not leave until Nov. 24, after doctors finally figured out how to successfully re-stimulate the blood flow and were convinced that the muscles were healing properly and the that the skin grafts had been successful.

Still, it would be months before he was not wheelchair bound.

Finally healthy the following year, El-Mekki, still trying to figure out what he wanted to do with the rest of his life, knew he wanted wanted to work with youth. Specifically, he wanted to prevent incidents similar to his from occurring, so he took a job at the old Youth Study Center.

He he did not last through orientation.

“It was depressing. Kids are on suicide watch, locked behind doors,” he said. “It wasn’t for me. I wanted to do something for them before they got to this point.”

He learned of a partnership between the City of Philadelphia, Concerned Black Men and Cheyney University focused on guiding Black men to the teaching profession, which he viewed as an opportunity to reach students, became certified and began the journey he’s on today.

Today, El-Mekki is at the forefront of a nationwide push to get more African-American men in the teaching profession, where just 2 percent of all teachers are Black men. He is a co-founder of The Fellowship: Black Male Educators for Social Justice, an organization that has as one of its goals tripling of the number of Black male teachers in the Philadelphia School District by 2025. That group will hold its second annual national convening next weekend at the Sheraton Downtown.

He has been the principal at Shaw Middle School, and he started his teaching career as an eighth grade social studies teacher at Turner Middle school. He is also the founder and primary writer at Phillys7ward.org, a growing blog that looks at social justice and education issues.

“He was a really good person person. You just knew that he would be a productive person in society,” said Terri Domsky, a lawyer in the Investigations Office of the Controller who represented El-Mekki at trial when she was with the District Attorney’s Office.

They reconnected a few years ago for the first time after Domsky saw a newspaper article where El-Mekki was at a protest with students.

“I found out then that he was a principal and trying to make a difference in kids’ lives,” Domsky said. “That doesn’t surprise me.”

Parks was sentenced to eight to 20 years on assault charges in June of 1995. El-Mekki received a letter from the Pennsylvania Department of Corrections notifying him of his release about a decade later, but the two have never spoken.

El-Mekki hasn’t spoken with his shooter since his release. However, if he could speak to Parks, El-Mekki knows what he would say to him.

“I’m sorry that we met under such circumstances. And despite our interaction, I have love for him,” El-Mekki said.

El-Mekki’s younger brother of five years, Mikyeil El-Mekki was 16 and playing alongside his brother when the shooting occurred. One of the men at the scene pistol whipped him. However, what he recalls most of that day is his older brother ignoring his own wounds and asking Mikyeil if he was OK.

“That’s who he is. He was thinking about me and he was the one bleeding profusely,” Mikyeil said.

Mikyeil El-Mekki hasn’t arrived at the place where he can forgive as easily has his brother. He’s watched Sharif struggle through the surgeries, and turn a near-death experience into a positive and productive life.

“My brother has grown into a great man and it is a testament to his character, it’s a testament to our parents and those who raised us,” he says. “In spite of the emotional, physical and spiritual anguish he’s had to go through, he has overcome all of that to become the man that he is.”

By the tender age of 13, Miguel Mendez had encountered drugs, alcohol, shootings and more. He’s often found himself on both sides of the spect…

Black male teachers are rare, but even one makes a big difference

Hilderbrand Pelzer III, the principal at Laura H. Carnell School in the lower Northeast, did with Travien Bryson what he always does with Blac…

When a principal leaves a school, research suggests that students tend to suffer. And a new study of K-12 schools in Pennsylvania shows that p…

Mastery Charter principal to leave at end of school year

Sharif El-Mekki, who has served as an educator at Mastery Charter School-Shoemaker campus for 13 years — 11 as principal — will step down at t…