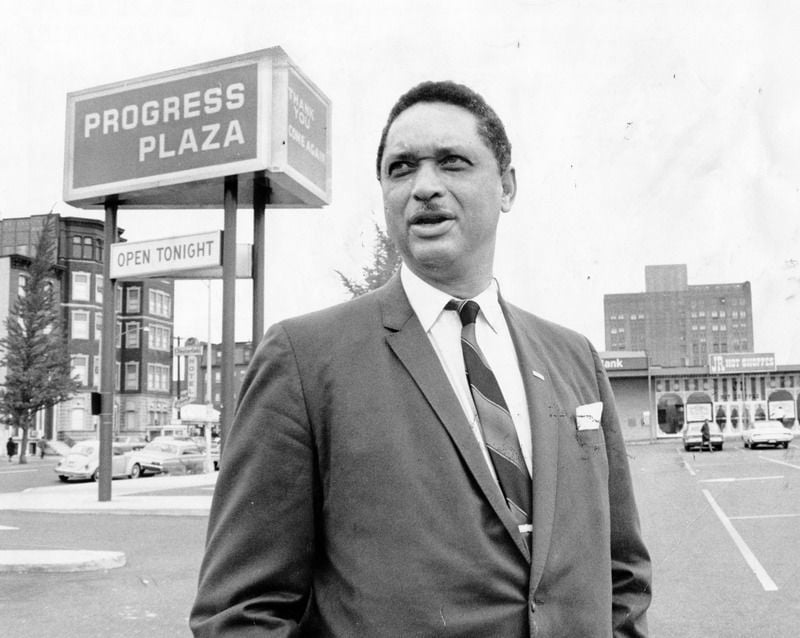 The Rev. Leon Sullivan’s congregants at the Zion Baptist Church were the lead investors in funding the construction of Progress Plaza in the late 1960s. — Special Collections Research Center, Temple University Libraries, 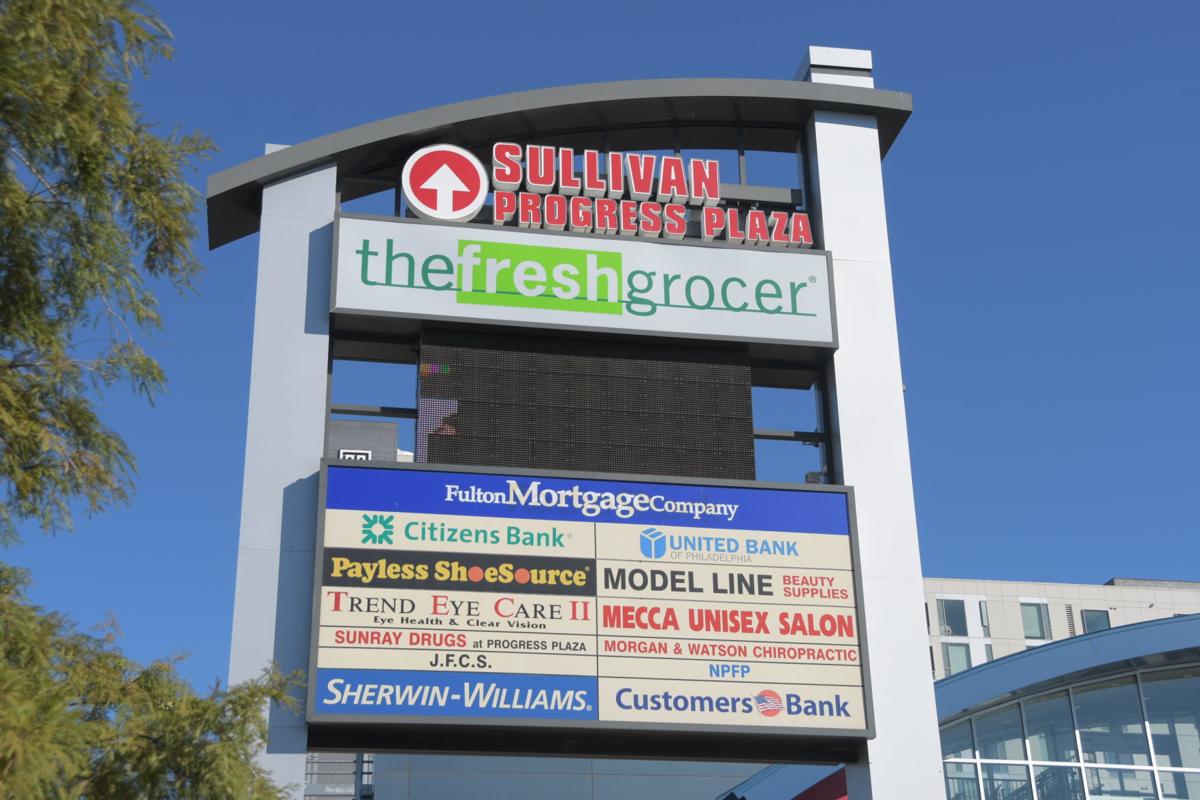 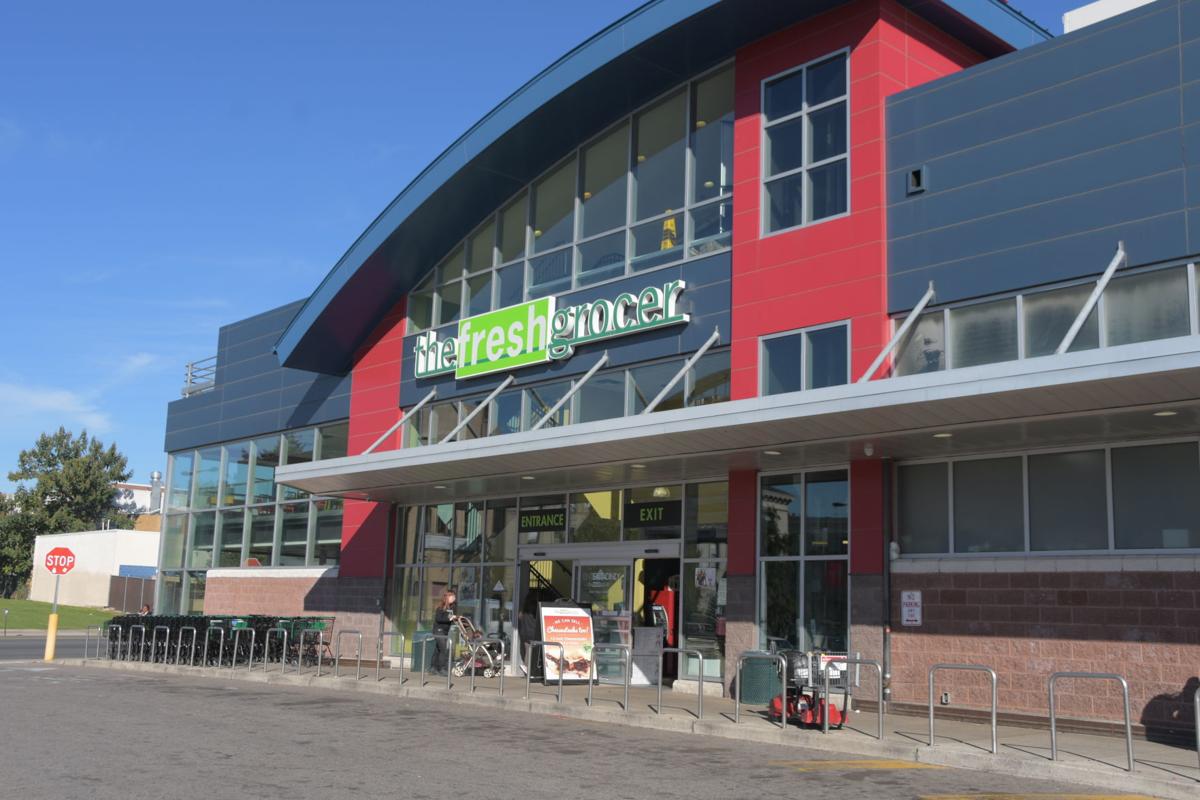 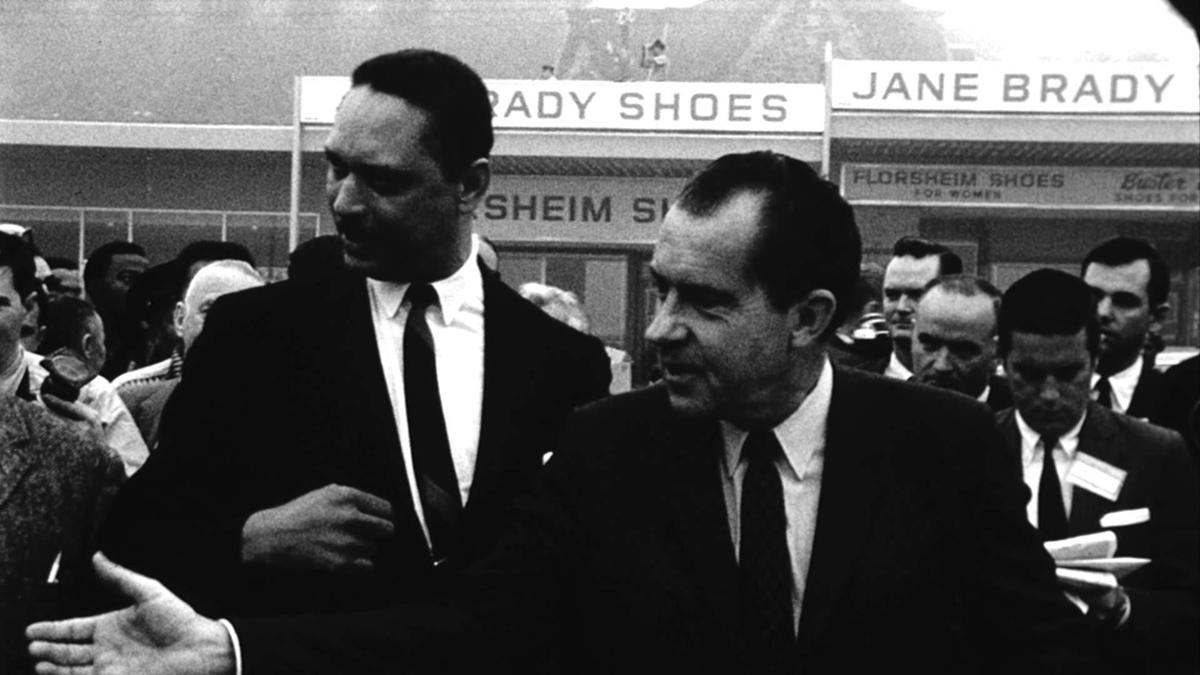 Rev. Leon Sullivan accompanied President Richard Nixon during a visit to the shopping center in North Philadelphia. Nixon was among the several presidents to visit the historic Sullivan Progress Plaza. 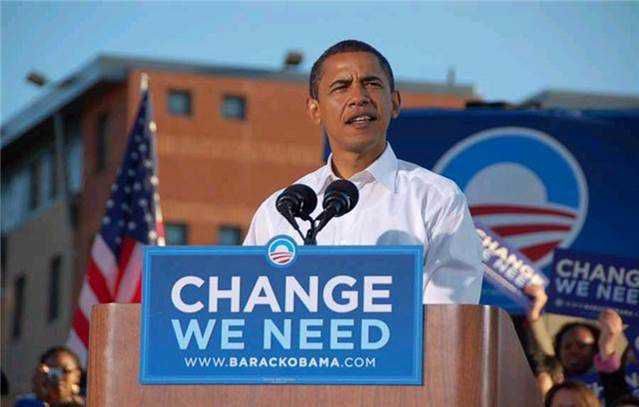 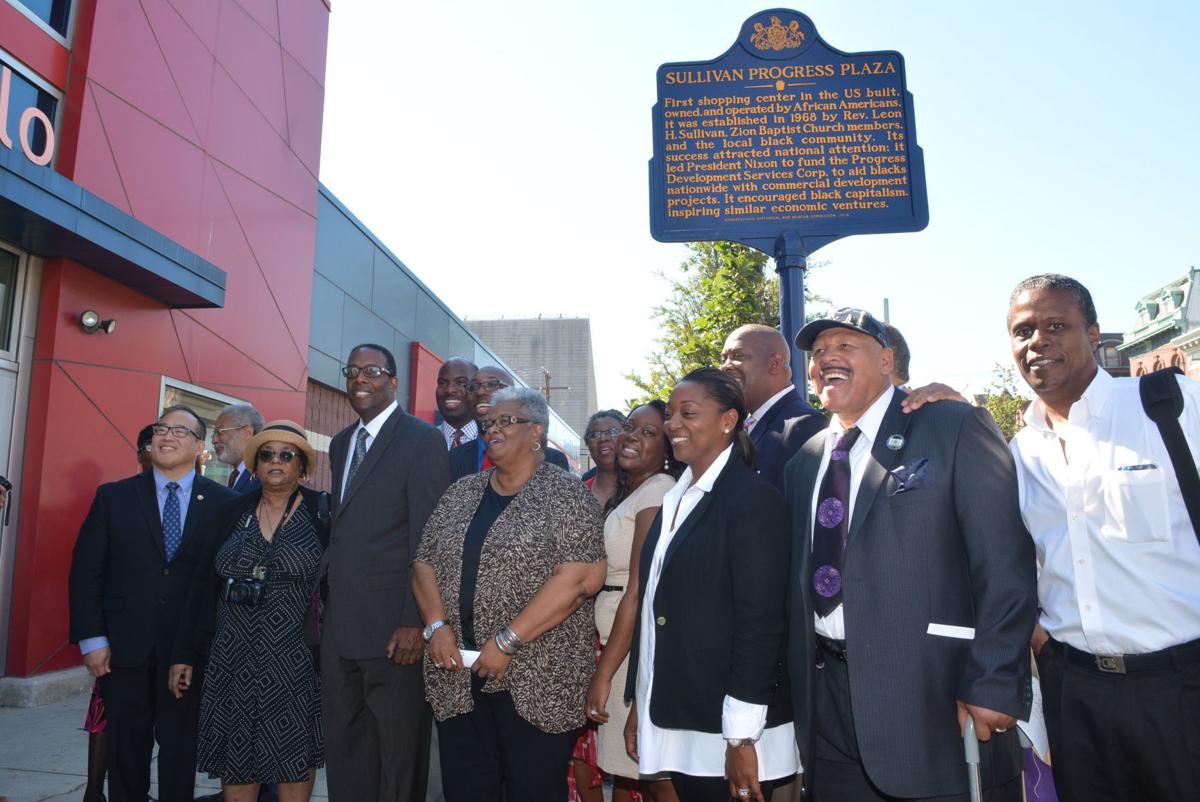 Public officials and community leaders turned out for a ceremony in 2016 as a historic marker was placed at the Sullivan Progress Plaza Shopping Center in North Philadelphia. — ABDUL SULAYMAN/TRIBUNE CHIEF PHOTOGRAPHER

The Rev. Leon Sullivan’s congregants at the Zion Baptist Church were the lead investors in funding the construction of Progress Plaza in the late 1960s. — Special Collections Research Center, Temple University Libraries,

Rev. Leon Sullivan accompanied President Richard Nixon during a visit to the shopping center in North Philadelphia. Nixon was among the several presidents to visit the historic Sullivan Progress Plaza.

Public officials and community leaders turned out for a ceremony in 2016 as a historic marker was placed at the Sullivan Progress Plaza Shopping Center in North Philadelphia. — ABDUL SULAYMAN/TRIBUNE CHIEF PHOTOGRAPHER

When he was a boy, Howard Sullivan was always excited to join his father at the construction site of what is now Sullivan Progress Plaza in North Philadelphia.

And now, he said, “I’m certainly happy to see that it is still here after 50 years and after a lot of the struggles that we’ve gone through.”

“This remains a symbol of Black accomplishment and steadfastness,” said Wendell Whitlock, chairman emeritus of Progress Investment Associates, Inc., which owns the plaza.

Throughout the years, a number of presidents and presidential candidates have visited the site, including Richard Nixon in 1968 and Barack Obama in 2008.

It received a marker from the Pennsylvania Historical and Museum Commission in September 2016.

Sullivan, then the pastor of Zion Baptist Church, was a legendary business leader, civil rights advocate and humanitarian. The plaza would outlive his other business ventures, which included a garment manufacturing company and Progress Aerospace Enterprises, the first Black-owned aerospace company.

The $2 million construction of Progress Plaza was financed through the 10/36 plan, in which members of Sullivan’s church gave $10 each week for 36 weeks.

“At that time people didn’t believe that Rev. Sullivan was for real,” said Donald “Ducky” Birts, whose menswear shop, Ducky’s Dashery, was located in the plaza for seven years.

Birts was the first entrepreneur to sign a contract for the plaza. And he was instrumental in encouraging other business owners to move to the commercial strip. The plaza soon housed businesses such as an A&P supermarket, Bell Telephone, First Pennsylvania Bank, PFSF (Philadelphia Saving Fund Society), Jim Brady Shoes, Florsheim Shoes and HotShot.

Over the years, businesses left and others came in.

“I survived for seven years but it was rough, because I didn’t have a rainy day fund,” Birts said. “I hung in there for as long as I could.”

A Superfresh replaced A&P, but left in 1999 as other chains left impoverished urban areas around the nation.

“When the supermarket left, the place was struggling for a few years to keep going, but once we had Fresh Grocer and redesigned the whole layout there, things have been going well,” said Howard Sullivan, who served on PIA board in the 1990s.

The redesign, which cost $22 million, happened in 2009 under Whitlock’s leadership. The PIA brought in a 46,000 square-foot, supermarket operated by The Fresh Grocer and reconfigured the commercial strip. The supermarket was funded in part by federal, state and city funding, including Pennsylvania’s Fresh Food Financing Initiative, a program championed by U.S. Rep. Dwight Evans.

“For me it was the hardest thing I’ve ever done in my life, the rebuilding of this plaza,” Whitlock said. The PIA had problems with funding and construction throughout the process.

Today, the bustling shopping center is anchored by The Fresh Grocer Supermarket and is home to 12 tenants ranging from banking institutions to a Payless Shoe Store and a Democratic campaign office.

United Bank of Philadelphia, the city’s only African-American owned bank, has operated a branch in the center since 1999. The bank is one the plaza’s oldest tenants.

“Progress Plaza has really been our mainstay,” said Evelyn Smalls, president and CEO of United Bank. “It meant a lot to bank being there and at the same time having accessibility to clients that we were attempting to bring into the financial system in a consistent way.”

Smalls noted that in the years since United Bank has operated a branch in the plaza, the site has attracted other financial institutions.

“You’ll probably see some other banks coming to that area because it’s a very vibrant community and economically it’s growing,” she said. “So we’re glad that we were there in the beginning and now can hopefully take advantage of the growth that is occurring in that region because what we want to do is be more of an attraction to small businesses.”

The PIA will hold a 50th anniversary luncheon celebration at 1 p.m. Oct. 27 at PECO, 2301 Market St. During the celebration, the PIA will honor eight individuals for their work in supporting the plaza.

For information about the upcoming anniversary celebration, visit www.progressplaza.com.

The Leon H. Sullivan Human Services Center opened its doors in 1978 with a focus on serving the needs of the community. Four decades later, th…

In an effort to commemorate his influence on the world, Zion Baptist Church unveiled a state historical marker honoring the late Rev. Leon Sul…

Invest in the company or retirement? More owners opt to save

NEW YORK — In John Holloway’s early years as an entrepreneur, saving for his own future wasn’t a priority.

Stretch of Broad Street to be renamed after Rev. Leon Sullivan