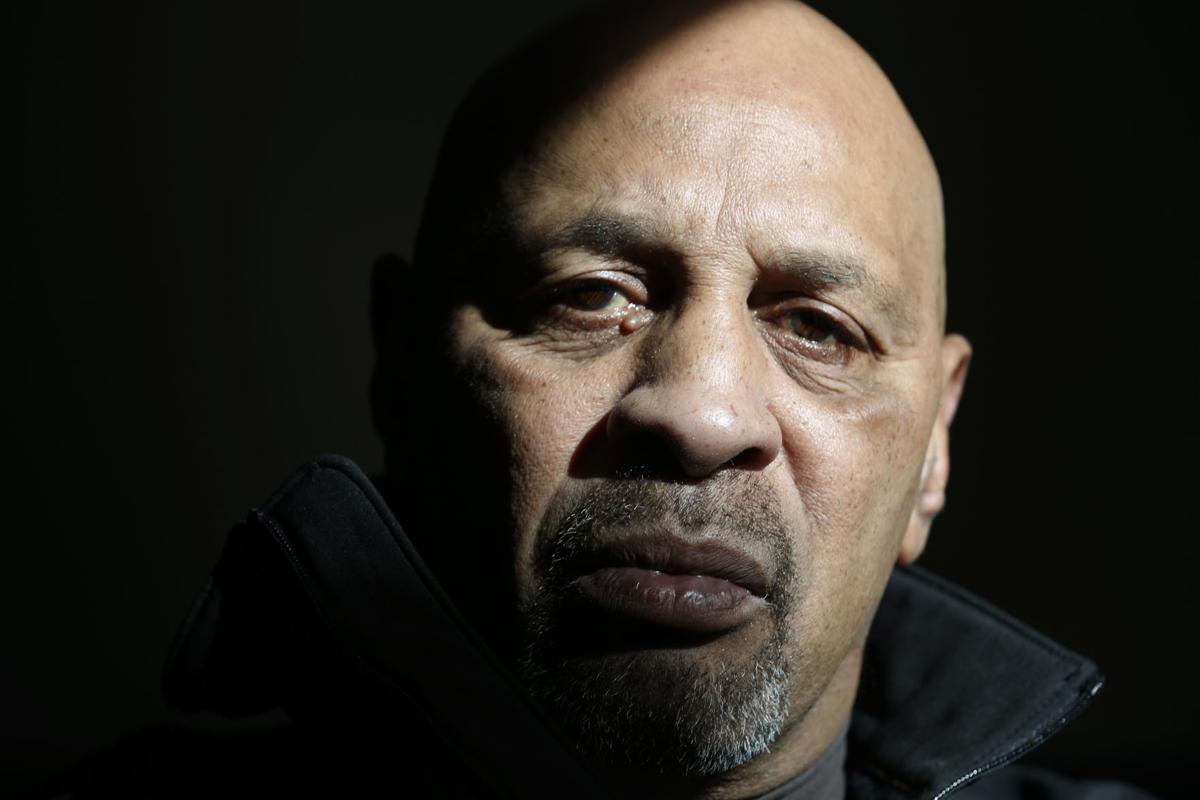 “The same exploitation that took place 100 years ago is still taking place,” said Richard Walker, an opponent of the Atlantic Coast Pipeline project in Virginia. 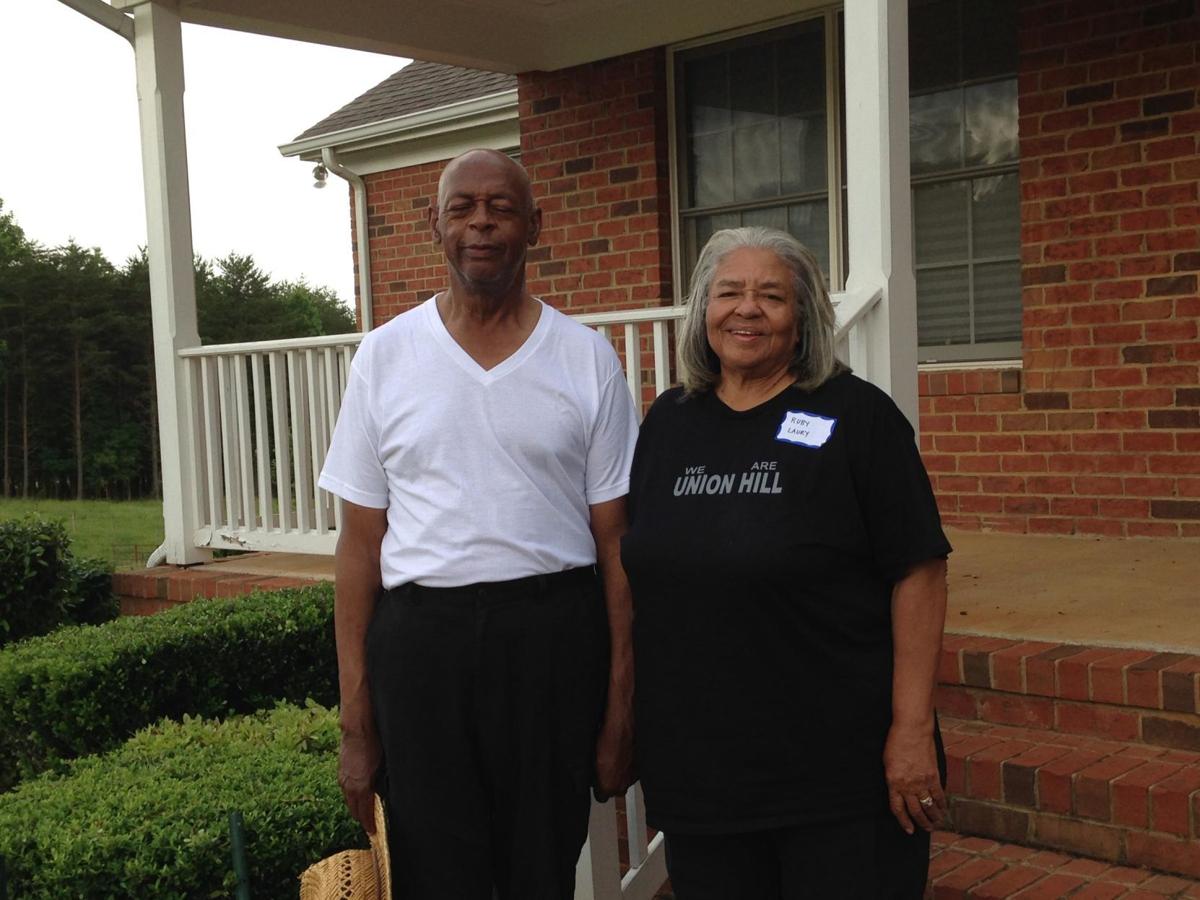 John and Ruby Laury are among the residents fearing that the Atlantic Coast Pipeline will rob them of clean air, clean water and the quiet of their rural lifestyle in Union Hill, Virginia. — Image from WVTF

“The same exploitation that took place 100 years ago is still taking place,” said Richard Walker, an opponent of the Atlantic Coast Pipeline project in Virginia.

John and Ruby Laury are among the residents fearing that the Atlantic Coast Pipeline will rob them of clean air, clean water and the quiet of their rural lifestyle in Union Hill, Virginia. — Image from WVTF

RICHMOND, Va. — A massive winter storm delayed a closely watched vote in Virginia on a natural gas pipeline compressor station that has been the frequent target of protests, including an accusation that the NAACP was duped into supporting the project.

A citizen panel that votes on air pollution permits was set to decide Monday whether Virginia’s most powerful corporation can build a natural gas compressor station in a historical African-American community. But the state on Sunday announced the meeting was being pushed back to Dec. 19 because of a winter storm that has made roads dangerous.

Dominion Energy needs the State Air Pollution Control Board to sign off on a permit to build a station in Buckingham County to pump gas through the planned Atlantic Coast Pipeline.

The upcoming vote has become a flashpoint in the yearslong fight over the pipeline and a political imbroglio for Gov. Ralph Northam, who has come under intense criticism for his recent removal of two board members ahead of the vote.

The proposed site is about an hour west of Richmond in Union Hill, a community founded by freed slaves.

Dominion, the lead developer of the pipeline and dominant force in Virginia politics, said it chose the location because it had sufficient acreage for sale and intersects with an existing pipeline. The proposed 600-mile Atlantic Coast Pipeline would carry fracked natural gas from West Virginia into Virginia and North Carolina.

Both Dominion and the Northam administration have said they’ve worked carefully to ensure the station will be as environmentally friendly as possible and won’t harm nearby residents.

“It is the strictest permit for a compressor station in the country,” said Secretary of Natural Resources Matt Strickler.

But opposition has been fierce, both from groups that don’t want the pipeline built at all and by others who worry exhaust from the compressor station will hurt the low-income and elderly residents who live nearby.

Some opponents have accused Dominion of trying to take advantage of Union Hill’s Black residents.

Richard Walker, who says his great-grandfather bought a 25-acre homestead in Union Hill for $15 in 1885 as a freed slave, said the company is engaged in “environmental racism.”

He said Dominion recently duped the state NAACP into sending a letter to public officials saying it was satisfied with the progress Dominion was making with Union Hill residents. The NAACP quickly reversed course and reaffirmed its opposition to the compressor station after the letter was made public.

NAACP president Kevin Chandler did not return a request for comment.

“The same exploitation that took place 100 years ago is still taking place,” said Walker, who currently lives in Richmond but has several elderly cousins who live in Union Hill.

Dominion has strongly denied the charge and has said it has deep respect for the community and wants to be a constructive partner. The company has recently offered to give more than $5 million to help improve Union Hill.

The air pollution board was supposed to decide the issue early last month, but delayed a vote amid concerns that state’s Department of Environmental Quality hadn’t properly considered environmental justice issues when endorsing the permit.

Shortly afterward, Northam removed two members of the board whose terms had expired this summer and named two replacements he later said won’t be voting on the compressor station permit. That leaves four members who can vote later this month, as one of the remaining five members has recused himself over a conflict of interest.

Sam Bleicher, one of the removed board members, said he previously abstained on voting for a permit for one of Dominion’s natural gas power stations in 2016, saying he thought new natural gas plants and pipelines were a serious mistake for the environment. But Bleicher said those views would not have affected his vote on the compressor station and should not have been cause for his removal.

“It’s a completely different situation,” he said. “It’s not about the pipeline, it’s about the location of the compressor station.”

Northam said he’d planned on naming replacements after the November vote and decided to move ahead anyway after the vote was delayed. He said he’s agnostic on how the board votes, and was not influenced by Bleicher’s past statements or by Dominion.

“As far as the pipeline ... there’s not a lot of middle road on that issue,” Northam said in a recent radio interview. “I’ve tried to be as fair as I can.” — (AP)