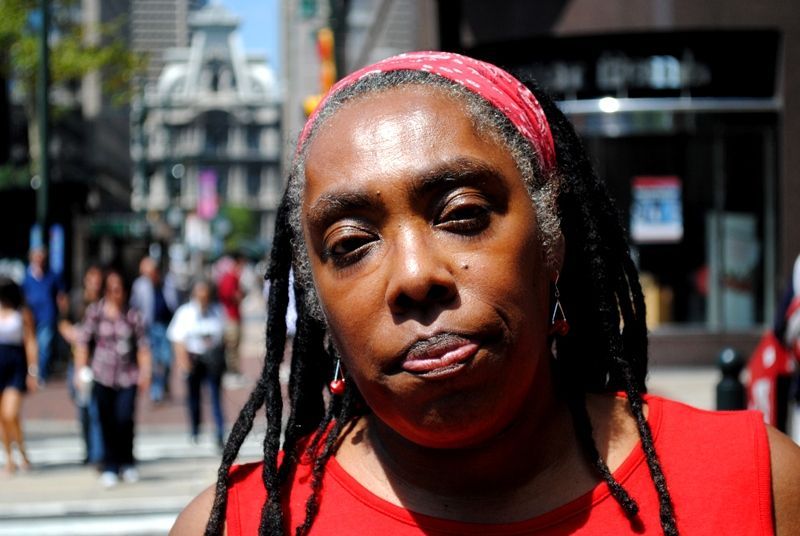 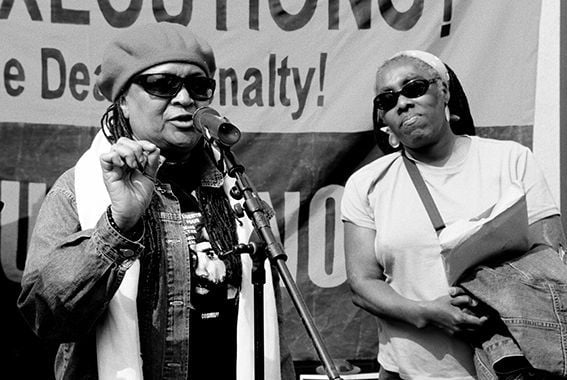 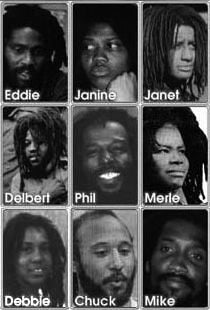 The MOVE 9 were sentenced over the 1978 shooting death of Philadelphia police officer during a confrontation in West Philadelphia. — Image courtesy MOVE website OnAMove.com. 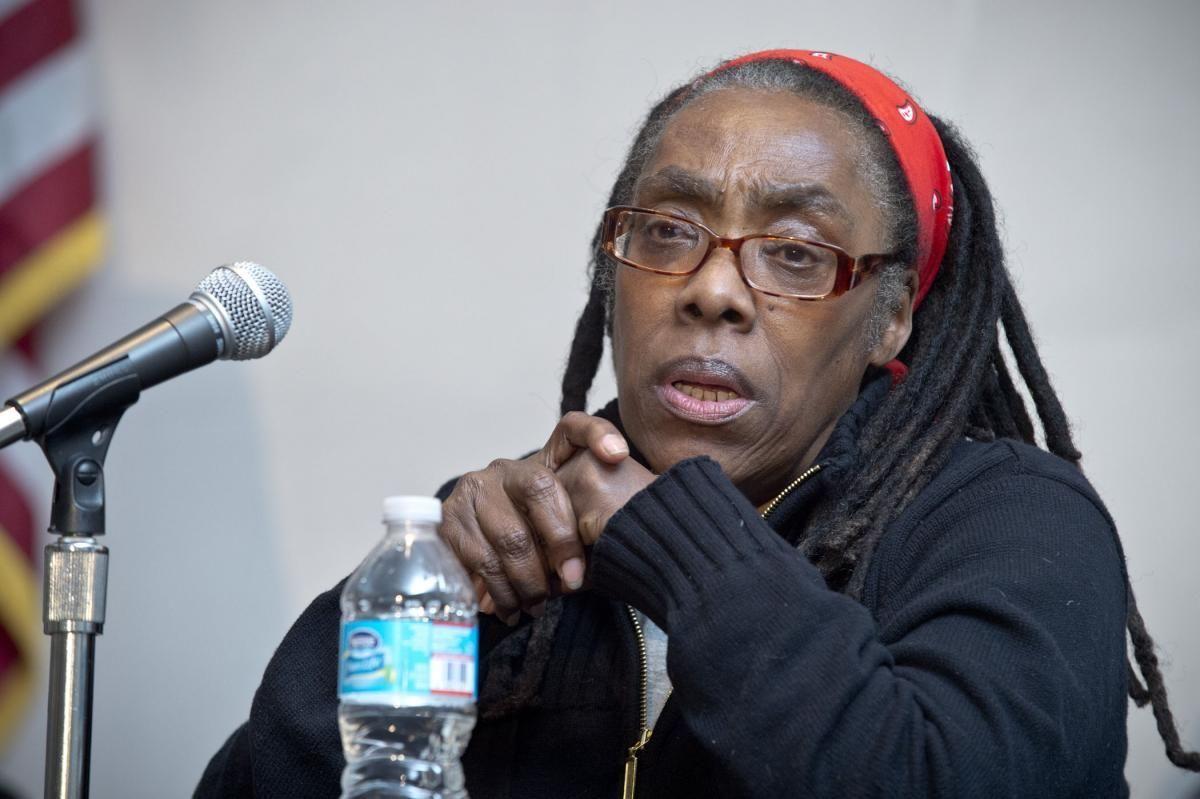 Ramona Africa was the lone adult to survive the 1985 bombing. Michael Ward also known as Birdie Africa was the only adolescent to live. He died in 2013. — Community College of Philadelphia

The MOVE 9 were sentenced over the 1978 shooting death of Philadelphia police officer during a confrontation in West Philadelphia. — Image courtesy MOVE website OnAMove.com.

Ramona Africa was the lone adult to survive the 1985 bombing. Michael Ward also known as Birdie Africa was the only adolescent to live. He died in 2013. — Community College of Philadelphia

For MOVE member Ramona Africa — the sole surviving member of the catastrophic residential bombing of the MOVE compound on May 13, 1985 — the focus of the group has remained steadfast over the past three decades: the release of her family members, the MOVE 9 and Mumia Abu–Jamal.

“From the moment I was released from Muncy State Prison on May 13, 1992, I made the three-hour drive back to Philadelphia,” Africa said. “From that day on, it’s been a whirlwind of putting out information to educate people and correct people’s perceptions, because the government tried to convince people that what happened on May 13, 1985, was because of neighbor complaints.

Chronological events of that fateful 1985 day vary, but the essence of the situation remain.

The 1985 conflict between MOVE and the police department has roots in similar clashes that took place in 1978.

After that shootout, the MOVE 9 — Chuck, Debbie, Delbert, Eddie, Janet, Janine, Merle, Mike and Phil Arica — were sentenced to 30–plus years for the killing of Ramp.

“The August 8, 1978 police attack on MOVE followed years of police brutality against MOVE and was a major military operation carried out by the Philadelphia police department under orders of then–mayor, Frank Rizzo,” read a portion of the historical account provided on MOVE’s website. “Mayor Rizzo’s reputation for racism and brutality was and is well known — it followed him up through the ranks of the police department to the police commissioner’s office to the mayor’s office.

“The MOVE 9 are innocent men and women who have been in prison since August 8, 1978, following a massive police attack on us at our home in the Powelton Village neighborhood of Philadelphia,” the account continued. “This was seven years before the government dropped a bomb on MOVE, killing 11 people, including five babies.”

MOVE then moved to Osage Avenue in West Philadelphia in 1981, and published reports note that neighbors almost immediately began complaining about the lifestyle of MOVE members. When police tried to clear MOVE from the compound, the confrontation became deadly; the city dropped an incendiary entrance device — a bomb — on the compound, destroying it and virtually an entire neighborhood in the process.

“One thing we always made clear to people: the root of the bombing and the murder of MOVE men, women and babies is due to our unrelenting fight for the release of our innocent family members, known as the MOVE 9,” Africa said. “That is what the government is trying to silence and crush, but they have not been able to do that, despite the vicious bombing and murder of our members.

“That is what I have been doing, and what the family has been doing,” Africa continued. “We have been putting out information, literally all over the world, to correct the persona the government has been trying to fool people with.”

Africa said support for MOVE hasn’t waned in 30 years, and the world is coming around to the holistic teachings first espoused by MOVE Founder and Coordinator John Africa.

Indeed, made trendy have been the wearing of hair in locks, natural childbirths and composting are now heralded as elements of a progressive society.

“Back in the 1970s when MOVE first emerged, people criticized and ostracized MOVE all across the board, for everything from wearing our hair naturally in locks, to our natural food diet that John Africa encouraged, to the way we had babies naturally at home and to the way we home–schooled our children and not turning them over to the system to so–call ‘educate,’” Africa said. “And today, people call it composting, but for MOVE, we were simply feeding the earth that fed us. But MOVE was criticized for that, though, with people saying we were nasty and dirty and that we were throwing garbage in our backyard.

“Now, not only is MOVE wearing their hair naturally some 40 years later, celebrities of all kinds are wearing their hair naturally; there are now raw food restaurants from here to New York to California; and now with composting, when we did it, we were called nasty, but now they put a cute name on it and it’s an accepted thing,” Africa added. “People didn’t want to accept [those ideals] from MOVE, but now, system professionals are backing John Africa up — everything the MOVE founder taught was proved to be the right way to live.”

Aside from comments regarding the fate of Abu–Jamal and the surviving members of MOVE 9, Africa also shared thoughts on the passing of Birdie Africa, also known as Michael Moses Ward, who drowned in 2013 in a hot tub aboard a cruise ship.

Ramona Africa said Birdie’s death was “very strange” to MOVE, and that his death remained highly suspicious, given that Birdie never drank or took drugs, and was a capable swimmer.

Ramona confirmed Birdie was taught to swim by MOVE at a very early age, and it was extremely difficult to reconcile the events of his death with the Birdie that Ramona and MOVE knew.

“The one thing I’d like to point out is that if Birdie was still with MOVE, he would have not drowned in a hot tub on a cruise, because he would not have been on that cruise ship; it really hurt us to see Birdie go down like that,” Africa said. “But the reality is, Birdie was a grown man, and he had plenty opportunities to come back to MOVE and contact us. One of his aunts made an attempt to contact me and said Birdie wanted to see me and asked how I was doing. I told Birdie’s aunt that we loved Birdie and to contact us at any time.

“I don’t know the types of pressures and influences Birdie was under, but he never did contact me. It is a shame, because Birdie would have been safe with MOVE.”

In the end, Ramona Africa and the rest of the MOVE organization finds itself in the same position its been since its founding — fighting for “freedom, justice and equality,” protecting their way life and freeing their family from what they see as an unjust confinement from a corrupt system.

“From even 1978 to today, our focus is on the release of our innocent family members who have been in jail for 37 years — despite their innocence and despite being eligible for parole since 2008, when they completed their minimum 30–year mandatory sentences,” Africa said. “The parole board refuses to parole them unless they lie and say they are guilty of the murder of police officer James Ramp.

“Our focus remains on the release of our innocent family members, and we are also fighting for the release of our brother Mumia Abu–Jamal, who is facing a serious health crisis now,” Africa added. “We have been standing with and fighting for Mumia since Dec. 9, 1981, because he is innocent and because we understand that he is not in prison for the accusation of murder…this is witch hunt and a vendetta against MOVE and Mumia.”

Thirty years ago, the second violent confrontation between the city of Philadelphia and the back-to-nature group known as MOVE ended with five…

Ramona Africa, the last remaining survivor of the MOVE bombing, is being treated for lymphoma.