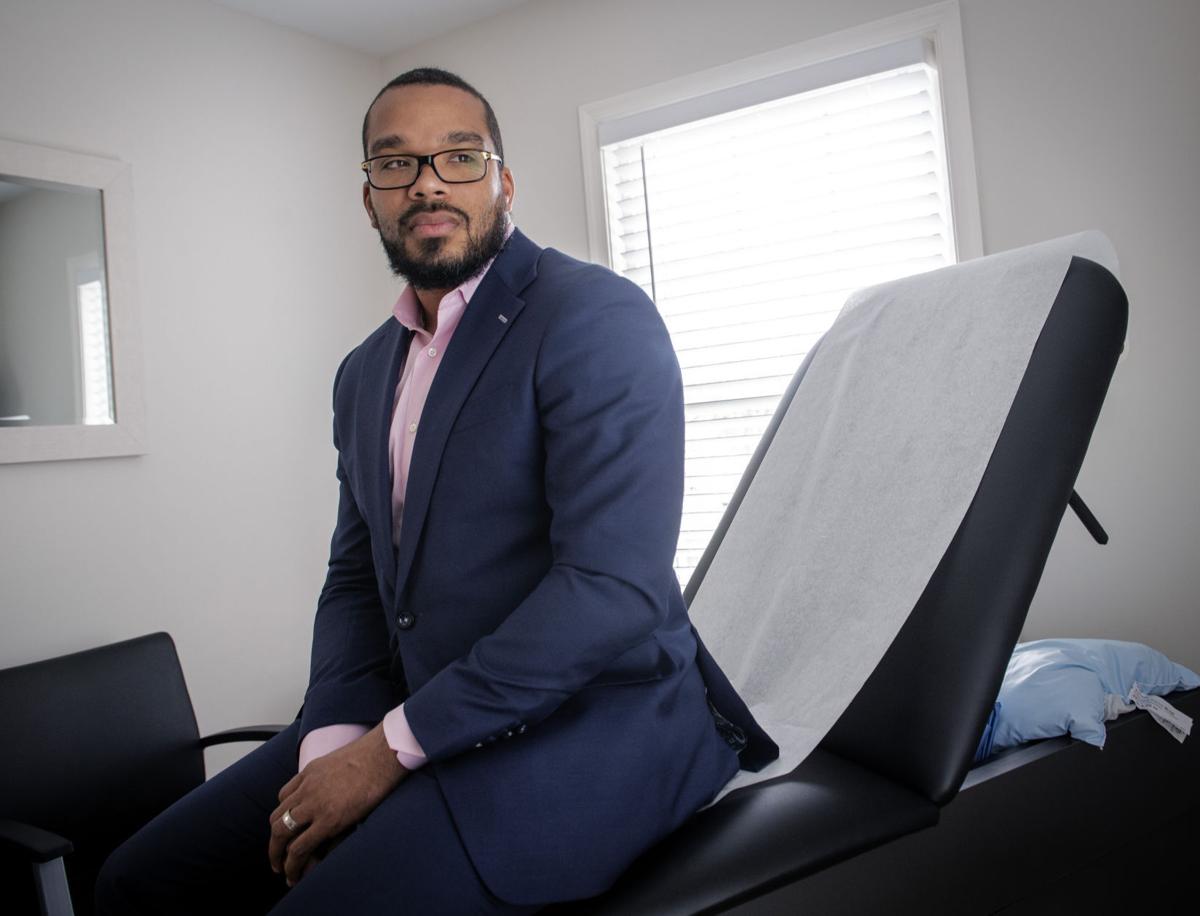 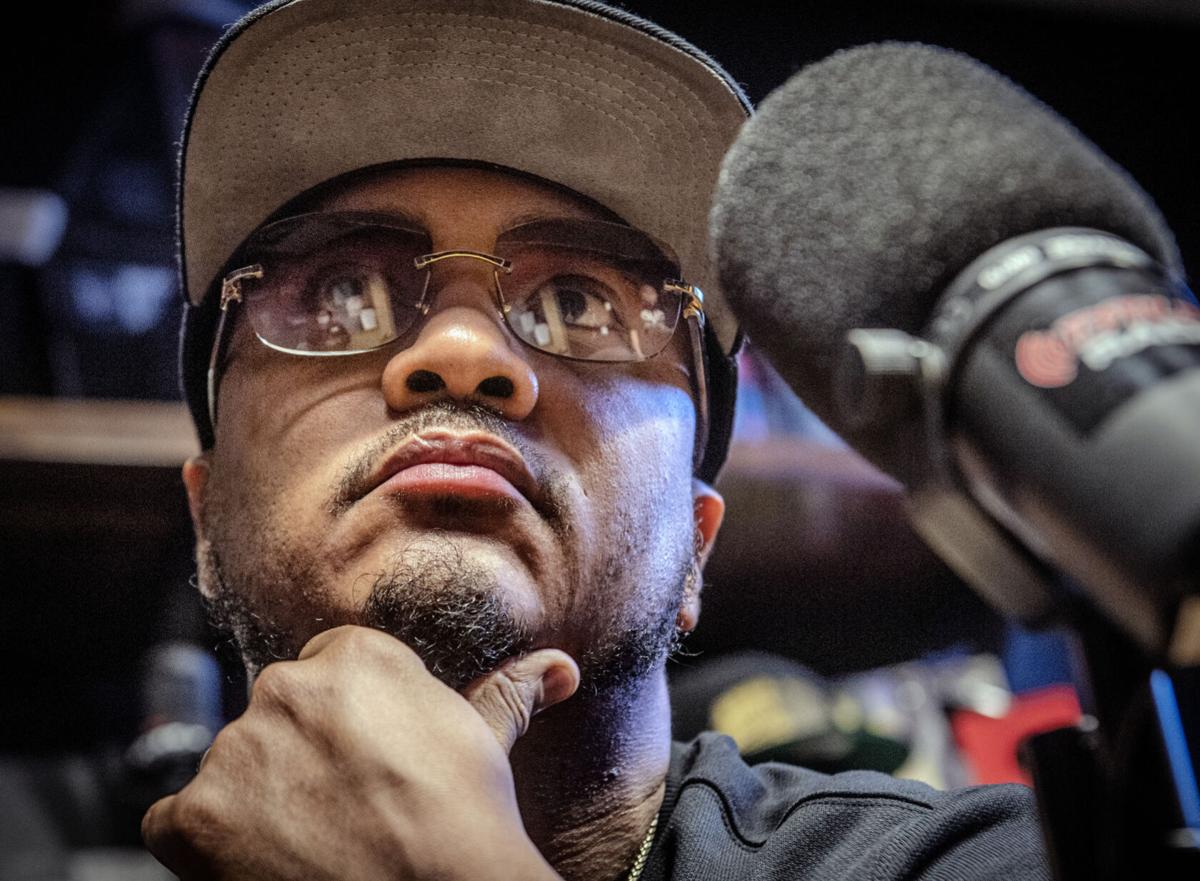 DJ Quicksilva was on the fence about getting vaccinated. The radio host, who lives in Prince George’s County, Md., had been eligible since January because he teaches at his DJ school in person. His doctor was pushing him to get the shot. But he did not trust a medical system he felt had too often failed Black men like him.

When his wife got vaccinated in March, the pressure mounted.

“It is creating that separation in the house,” he said during a forum he hosted with doctors. “Like: ‘OK, baby, I’m vaccinated. What you going to do?’ I’m like: ‘Ugh. Jesus Christ.’”

Across the country, more women than men have been getting vaccinated, data shows, even though more men have been hospitalized for or died of COVID-19. In the D.C. area, the gap appears especially wide among Black residents.

Local and state officials largely point to early eligibility guidelines that prioritized senior citizens and health-care workers, who are disproportionately female. Public health experts and community advocates say that perspective overlooks the important ways gender can intersect with race and income to drive vaccine hesitancy. Outreach efforts are failing to reach men of color, they say, particularly those who are poor or unemployed. A Washington Post analysis shows that the gender gap in D.C., Maryland and Virginia stayed consistent from March through early April, even as more adults became eligible.

“You got the hesitancy, you got the inconvenience, you got the misinformation and you got the machismo,” said the Rev. Derrick DeWitt of First Mount Calvary Baptist Church in West Baltimore, who has interceded on behalf of several female congregants struggling to get their husbands vaccinated. He said it has been especially challenging to engage older Black men, who are closer to the memory of the decades-long Tuskegee experiment, when government-financed doctors allowed syphilis to run unchecked through Black test subjects despite knowing that penicillin would cure them.

In Virginia, where the male-female divide is about 50-50, Black women are being vaccinated at nearly twice the rate of Black men, with a 26-point gap. Among white residents, in contrast, 58 percent of doses are going to women and 42 percent to men, a 16-point gap. Some diverse, dense communities in Northern Virginia, including Prince William County and Alexandria, have markedly larger gender disparities than more-rural localities in the southern and western parts of the state.

Maryland and D.C. said they did not have data cross-referencing gender and race. But in Maryland, which also has a fairly even split between men and women, there is a statewide gap between vaccinated men and women of 13 percentage points. In majority-Black Prince George’s and Baltimore City, the gaps are 17 and 16 percentage points.

“It boils down to trust, and trust is not something that is built easily in someone who has been wronged by the system,” said Quicksilva’s doctor, Fernando Porter.

Quicksilva, who hosts a daily show on 93.9 WKYS and travels frequently for work, said he was eventually persuaded to get his first dose of the Pfizer-BioNTech vaccine in late March. But now, disturbed by news that the Pfizer vaccine will probably require booster shots, he is wavering about his second dose.

“When you look at all the injustices, at the top of the totem pole are Black and brown men,” said Quicksilva, 40. “The distrust has been there for so long.”

Porter said this point of view is common among the Black and Latino men he treats at his family practice in Silver Spring, with many wary of both the health-care system and the government.

“You have this double whammy of health care and government saying ‘Do this,’” Porter said. “For a lot of them it comes down to fear.”

Annapolis residents Mo Lloyd, 22, and Deonte Ward, 32, say they do not intend to get vaccinated. Ward said his wariness comes from incidents such as Tuskegee; Lloyd said he does not trust the three pharmaceutical companies producing the vaccines. “They’ve done some sketchy things in the past,” said Lloyd, citing reports from 2018 that Johnson & Johnson knowingly sold baby powder that contained small amounts of asbestos.

The only people in their families who have gotten vaccinated are women, the two men said. For Ward, it’s his aunt; for Lloyd, his mother.

Officials from D.C., Maryland and Virginia, along with those from nine local jurisdictions in the Washington metro area, said that aside from some targeted ads, they have not taken specific steps to increase vaccine turnout among men.

Elyn Garrett-Jones, a spokeswoman for the Baltimore County Department of Health, said that “while we are pushing for communities of color in general to get vaccinated, we have not singled out men as part of this effort.”

Gloria Addo-Ayensu, Fairfax County health director, said that “it is still too early in the mass vaccination process to draw firm conclusions about gender disparities.”

In Prince William, officials have not studied the intersection of race and gender in vaccine hesitancy, said health director Alison Ansher. She acknowledged that the gap is concerning, however, given that men constitute 57 percent of the covid-19 deaths in the county.

Derek M. Griffith, director for the Center for Research on Men’s Health at Vanderbilt University, said that “if governments notice (the gender gap), they’re certainly not paying attention to it nor incorporating it into their rollout.”

Theories have emerged to explain the disparity — including that women traditionally take on family caregiving roles, which drives them to seek out vaccinations earlier than men. But Griffith said it is difficult to ascertain whether those theories are accurate, because research is scarce.

“There are huge racial differences in who gets vaccinated, and we know that,” Griffith said. “What I haven’t seen done well is a crossing of the race, ethnicity and gender patterns.”

HIV testing in Philadelphia at non-health care sites dropped significantly during the past year as the coronavirus pandemic raged.