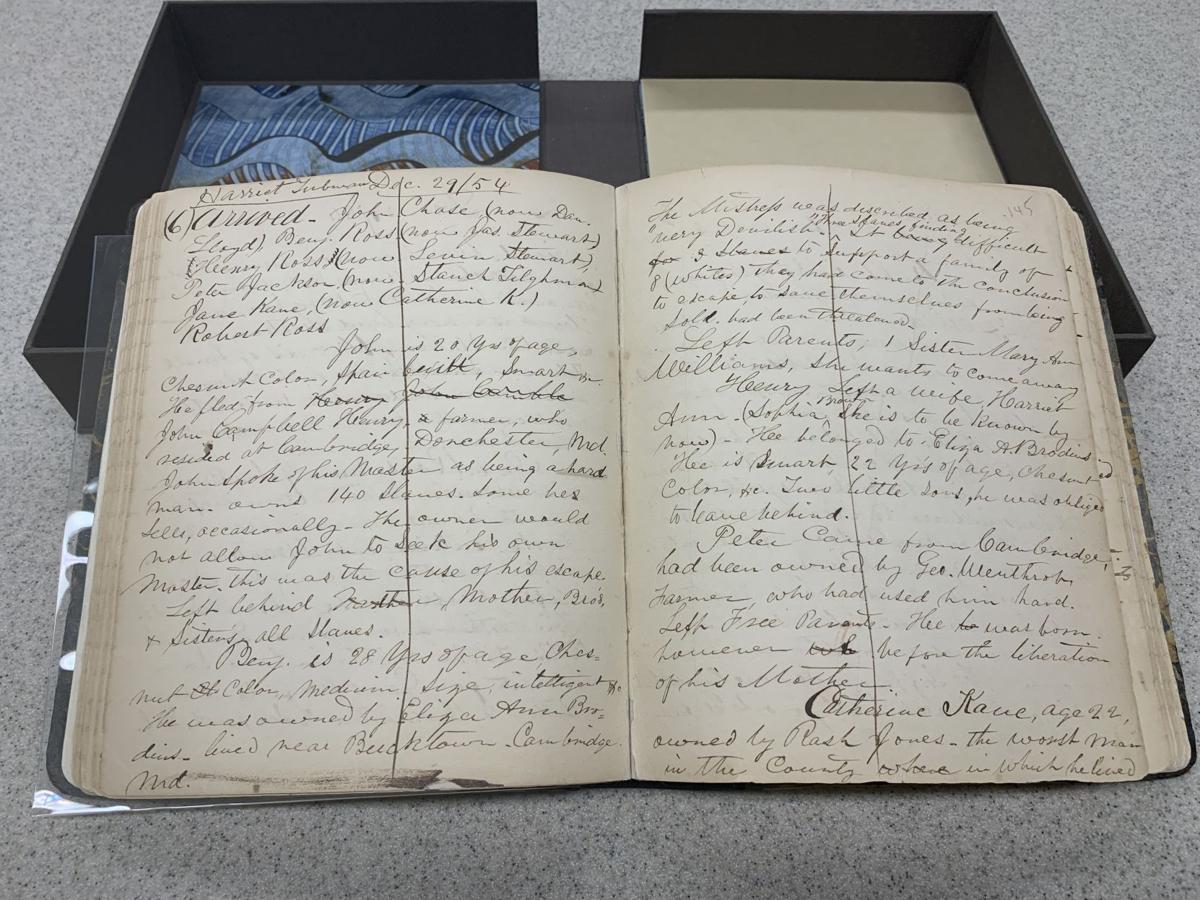 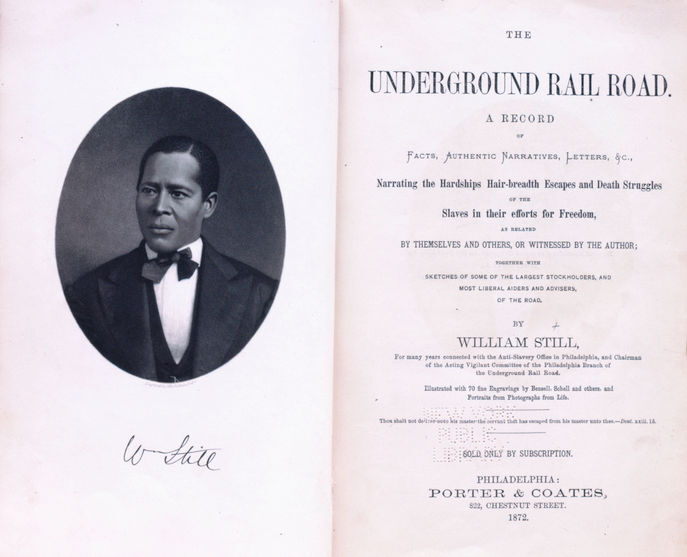 William Still, authored “The Underground Railroad” published in 1872, narrating the “hardships and hairbreadth escapes” of hundreds of the enslaved longing to be free. 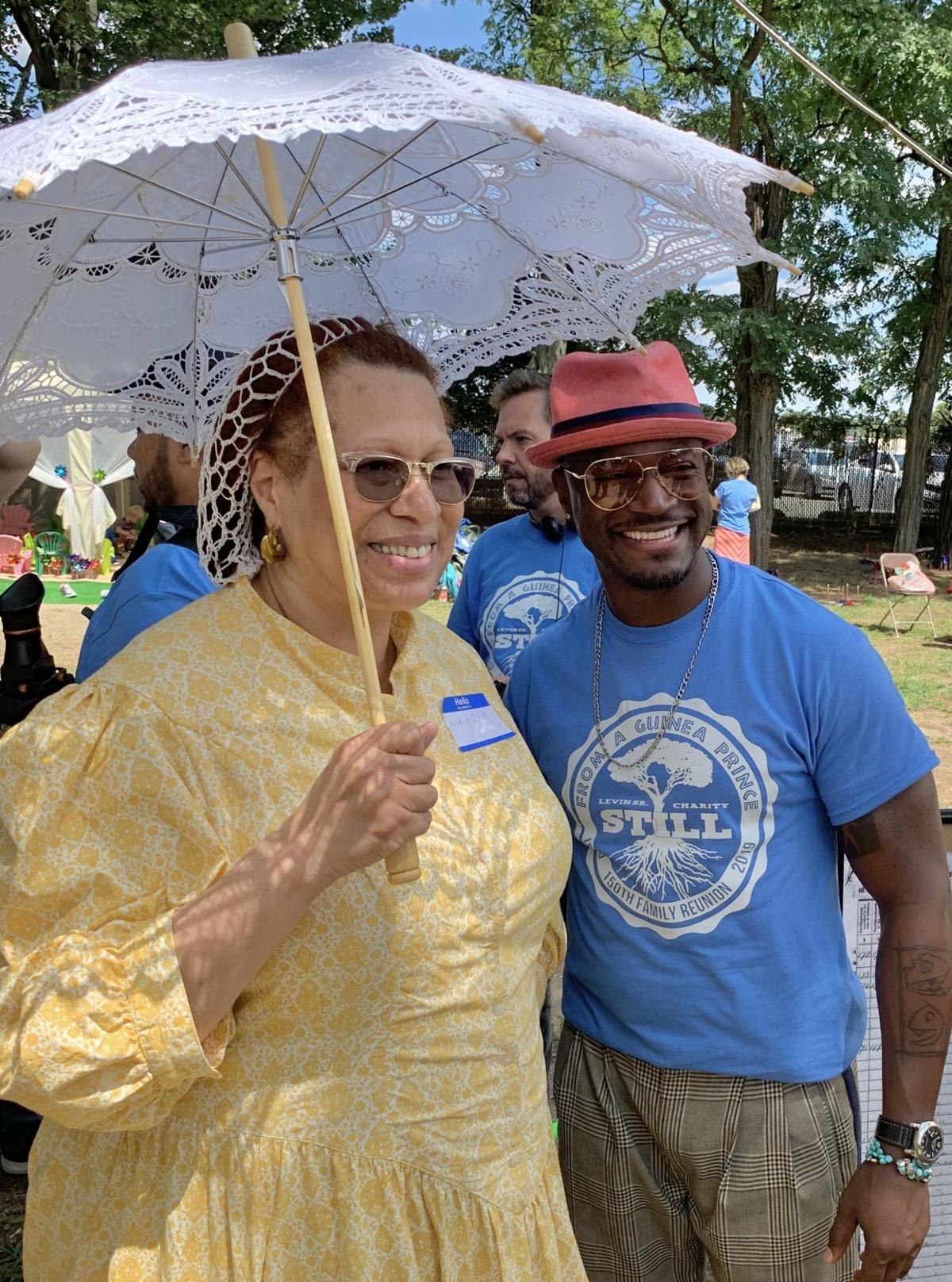 Actor Taye Diggs was among those who attended the 150th Still family reunion in 2019. Diggs photographed with Vickie Still, whose 19th-century outfit gives a nod to the Still family’s first reunion in 1870. —TRIBUNE PHOTO/LINN B. WASHINGTON

William Still, authored “The Underground Railroad” published in 1872, narrating the “hardships and hairbreadth escapes” of hundreds of the enslaved longing to be free.

Actor Taye Diggs was among those who attended the 150th Still family reunion in 2019. Diggs photographed with Vickie Still, whose 19th-century outfit gives a nod to the Still family’s first reunion in 1870. —TRIBUNE PHOTO/LINN B. WASHINGTON

Born on Oct. 7, 1821, Still rose from impoverished beginnings on his parents’ farm in the Pine Barrens of southern New Jersey to achieve unique stature and wealth in Philadelphia, against the odds of racism in the seat of the nation’s fledgling democracy.

To commemorate his accomplishments, many area programs are planned around the 200th anniversary of Still’s birth.

William Still “was a very important person,” Samuel Still, a descendant of one of William’s older brothers, said during a recent interview. “He should be the next statue erected outside of Philadelphia’s City Hall.”

William Still’s work helping escaped slaves led him to write the groundbreaking 1872 book “The Underground Railroad.” He was the first African American known to publish a book on the subject. That book contained approximately 800 detailed accounts about Blacks fleeing slavery, who passed through Philadelphia on that clandestine network of people secreting runaways in basements, barns, attics and the like that operated for over 50 years before the Emancipation Proclamation and the Civil War abolished slavery.

Still’s business savvy helped him amass a fortune of nearly $1 million primarily from the sale of coal and real estate. Still’s business success financed his philanthropy that included funds for the care of elderly Blacks and the education of Black children. In 1866, for example, when discrimination limited where Black Philadelphians could hold large public meetings, Still helped purchase a building in South Philadelphia for that purpose.

As part of the commemorations of Still’s accomplishments, the Historical Society will display a personal journal that Still kept as he wrote his “Underground Railroad” book.

The self-taught Still exhibited his “Underground Railroad” book at the 1876 Philadelphia Centennial Exposition held in Fairmount Park, a rare feat for Blacks.

Being one of the nation’s active Underground Railroad agents, Still was involved in some of the most daring exploits of the anti-slavery movement. Still, for example, aided the 1849 escape of Henry “Box” Brown, who shipped himself out of slavery inside of a sealed wooden box for a 27-hour trip from Richmond, Virginia, to Philadelphia.

Accounts from escapees in Still’s “Underground Railroad” book included a man who fled bondage in southern Delaware. That man, Jacob Blockson, was an ancestor of historian Dr. Charles L. Blockson, founder of the Blockson Afro-American Collection. Blockson credits reading about his ancestor in Still’s book as a spark for his collecting and chronicling African-American and African history.

William Still described Jacob Blockson in his book as a man “having no sympathy with slavery.” Blockson told Still he fled because he didn’t want to be “sold like a horse, the way they generally sold darkies.” When Blockson reached safety in Canada he enlisted Still to help Blockson’s wife and children escape as well.

“The fact that William Still is referenced as the ‘Father of the Underground Railroad’ speaks volumes about what he did,” Linda Shockley, president of the Lawnside Historical Society, said.

The historical society’s museum contains furniture from Still’s house in Philadelphia and a copy of Still’s book.

Lawnside is the historically Black town in Camden County, New Jersey, where members of the Still family have lived for centuries. In 2019, the Stills held their 150th family reunion in Lawnside. That event attracted over 400 family members and friends from as far away as California. Pictures of Still were prominently displayed during that reunion.

The deprivations of slavery that Still learned from his parents produced his early desire to dedicate his life to helping Black people. Still, the youngest of his parents 18 children, was born free unlike some of his older siblings. Still’s father purchased his freedom from enslavement in Maryland. Still’s mother fled slavery to join her husband in New Jersey.

Still moved to Philadelphia from the Pine Barrens in 1844, seeking better income opportunities. He worked odd jobs until he took a clerk’s position in 1847 with the Pennsylvania Anti-Slavery Society office on North 5th Street near Market Street in Center City. At the anti-slavery society, Still worked on the Underground Railroad where he often risked his life to ensure Black ex-slaves were not returned to bondage as required by federal law.

The abolition of slavery didn’t end Still’s activism. The desegregation of Philadelphia’s streetcars in March 1867 and the hiring of Philadelphia’s first Black police officers in August 1881 were among campaigns Still spearheaded.

Still served as the first president of Philadelphia’s Berean Savings Association, founded in 1888. The living room of Still’s home at 244 S. 12th St. hosted the June 26, 1889, founding of the Christian Street YMCA. That facility is one of the oldest Black YMCAs in the United States.

During the suffragist movement, Still “focused on helping Black women get the vote. White female suffragists distanced themselves from voting rights for Black women,” Chapman-Smith said. “He was a mentor to writer Frances Ellen Watkins Harper, and he was an adviser to journalist Ida Wells-Barnett.”

Chapman-Smith is a member of the Pennsylvania Abolition Society, an anti-slavery organization originally founded in 1775 that Still once headed. This society exists today as a foundation that gives money to groups that fight discrimination and improve conditions for African Americans statewide.

Although Still appreciated the titles he earned, historians say the title he most cherished was simply that of father. Still and his wife, Letitia, had four children. Their oldest daughter, Caroline, became one of the nation’s earliest Black female physicians.

William Still attended his family’s first reunion in 1870 at the Burlington County, New Jersey, home of his older brother, James, the famed herbalist known as the “Black Doctor of the Pines.”

Descendant Samuel Still is the chairman of the Dr. James Still Education Center in Medford, New Jersey. That facility commemorates the works of the self-taught healer who is said to have successfully treated skin cancers and other disorders.

Valerie R. Still, a descendant of Dr. James Still, said, “I think what William and the Still family represent is unlimited energy.” This 2019 Women’s Basketball Hall of Fame inductee said William Still’s life, driven by a desire to empower Black people, is an “example of what you can be when you know who you are.”

When Still died of a heart attack July 14, 1902, The New York Times published his obituary in its front section. That uncommon placement of an obituary for an African American was a posthumous confirmation of Still’s stature.