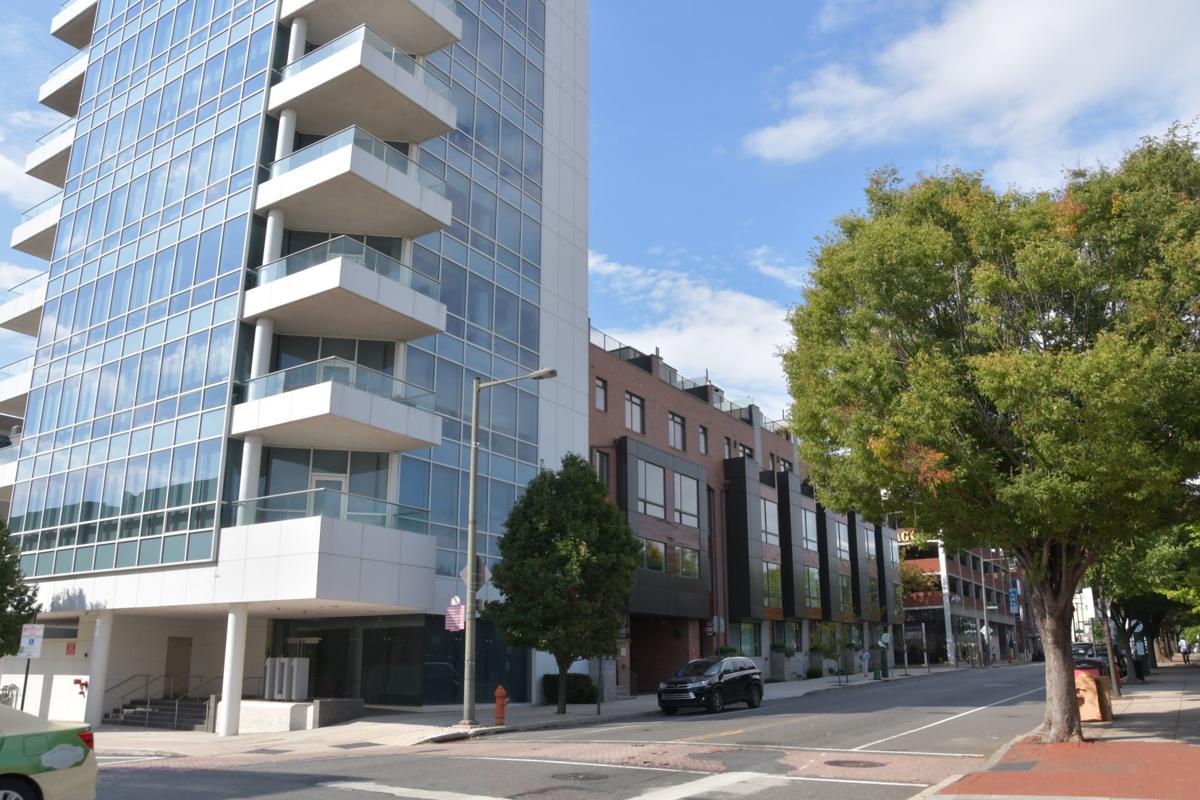 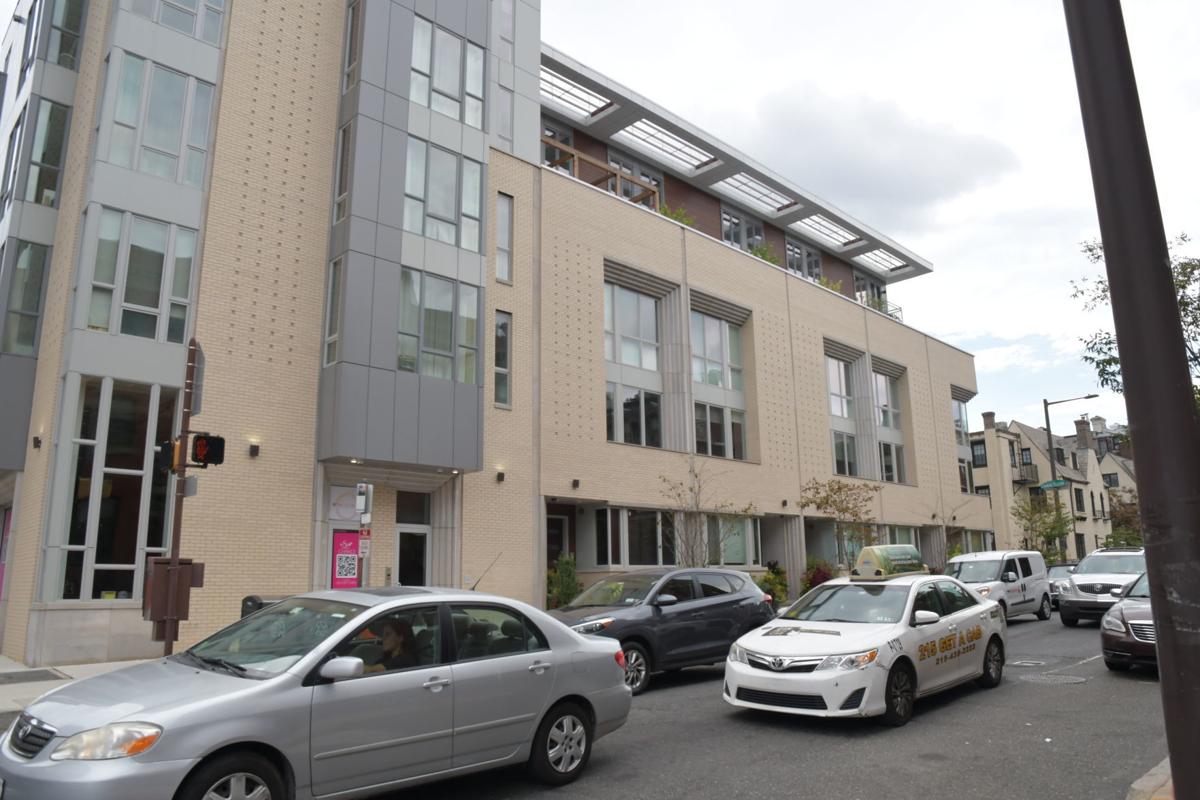 The block of 22nd Street between Chestnut and Sansom streets has seven tax-abated properties, each valued between $2.4 million and $2.5 million. — PHILADELPHIA TRIBUNE PHOTO/ABDUL R. SULAYMAN

The block of 22nd Street between Chestnut and Sansom streets has seven tax-abated properties, each valued between $2.4 million and $2.5 million. — PHILADELPHIA TRIBUNE PHOTO/ABDUL R. SULAYMAN

Philadelphia’s real estate tax breaks benefit some of the wealthiest in the city, a Tribune analysis of property records shows.

In response to a Right to Know request, the city of Philadelphia released a list of all properties receiving tax breaks as of March 30, 2019, the latest numbers available.

The list showed 15,650 properties, which represent less than 4% of the city’s real estate. (Philadelphia is home to some 678,876 residential properties with an average home value of $151,500, according to a U.S. Census 2017 American Community Survey.) The average property on that list was valued at $1.1 million, records show. The middle point (sometimes referred to as the median value) on the list was $443,000.

You’ll find most of the tax-abated properties in choice Philadelphia neighborhoods.

At 22nd and Walnut streets in Rittenhouse, a single housing block contains seven tax-abated properties, each valued at between $2.4 million and $2.5 million.

Yet, in some of the city’s poorest neighborhoods, you’ll rarely find a home or business in the program. Just 54 properties in the city’s predominantly Black Strawberry Mansion section are enrolled in property tax abatements, city records showed. In Gray’s Ferry, only 78 properties are enrolled in such programs.

The eventual payoff could be big, and elimination of such programs would do little to fill the city’s coffers, they argue.

As recently as last year, a city-commissioned report estimated that complete elimination of the tax breaks would generate between $55 million and $65 million per year in a city with $9.4 billion in annual operating expenses. Supporters of the tax breaks say it’s just a drop in the bucket.

But others say the city’s schools could use that money to make needed infrastructure repairs, hire teachers and counselors, or buy supplies.

Comparing Philadelphia to other cities

Cleveland allows developers and residents to pay no real estate taxes on new construction for 15 years. Chicago offers commercial, industrial and nonprofit tax breaks that can last up to 12 years. Des Moines allows tax breaks of up to 10 years on building additions and renovations of less than $40,000.

Portland, Oregon, provides 10-year tax breaks on homes valued at less than $350,000 and only in designed “homebuyer opportunity areas.”

California’s Mills Act provides tax breaks of 40% to 60% for restoring historic properties. Administered the California parks department, Mills Act tax breaks are “10 years initially with automatic yearly extensions.” In New York City, owner-occupied condos can receive tax breaks of between 17.5% and 28%, and those tax breaks also do not expire over time.

All of these tax breaks draw money away from education systems, which are the main reason companies choose to locate to a city, said Greg LeRoy, executive director of the progressive think tank Good Jobs First.

Research from Good Jobs First shows that no big city in the U.S. gives away nearly as much potential revenue to benefit its schools as Philadelphia.

With an estimated 133,000 students, the School District of Philadelphia lost some $61.9 million to real estate tax breaks on homes and businesses in 2017, Good Jobs First estimated.

The best way to draw business to your community is to have a highly educated workforce, and tax breaks do just the opposite, LeRoy argues. “Even before today’s tight labor market, the supply of skilled labor was the top site location criterion used by most companies. Yet, when costly corporate subsidies undermine local schools, elected officials are actually undermining their own economic development efforts.”

Councilwoman Helen Gym argues the tax breaks hurt schools to the tune of $50 million annually. That represents 1.4% of the School District of Philadelphia’s 2020 fiscal year budget of $3.36 billion.

“Let me be clear: Nothing on its own can make up for the failure of the state to fund our schools fairly and equitably,” Gym said. “Fifty million is a significant sum of money for a school district that lacks librarians, guaranteed music and the arts, and needs more counselors and aides. Anyone who thinks otherwise hasn’t visited a public school recently.”

Changing the property tax system has been so difficult because it forces Philadelphia to break with two decades of tradition, which has “defined” new construction in the city, Gym added.

The history of Philadelphia’s tax abatement

The city created a tax abatement plan in 1976; it was limited to repairs on residential properties. Tax breaks were offered on homes “containing not more than (3) three dwelling units” and one of those units had to be occupied by the property owner.

The focus then turned to new construction.

Pennsylvania Act 175 overwhelmingly passed the state’s General Assembly (193-3) and Senate (49-0) in 1984. The state law allows tax breaks to developers for new apartments, condos, duplexes, triplexes, townhouses and rowhomes. Builders can receive up to 30 months of tax credits on newly constructed properties. Only the builder gets that tax break, which lasts only until the property is sold.

City Ordinance 961 provides for a 10-year tax break on improvements to existing single-family homes, duplexes, apartments and condos. The tax breaks start in the first year when new improvements would be taxable.

Philadelphia Ordinance 1160 allows a 10-year tax exemption on construction or improvements to “deteriorated” commercial and industrial sites. The tax break starts once use and occupancy permits are issued by the city for the business.

Councilman Allan Domb, a real estate developer, says the tax abatement is a solution to the city’s unfair tax system.

Philadelphia has a total market value of $134 billion but yields tax revenues on only $91 billion of that property, he said.

“You go to sections of the Northeast and other sections of the city who aren’t seeing any abated properties, and all they think is that ‘those rich people are getting a tax break on my back,’” Domb said. “They’re not looking at all the people who are coming into the city and the long-term investment. They’re looking at the short-term.”

One quarter of the city is in poverty and 33% of its property value is tied to nonprofit and other institutions, such as schools and hospitals, paying no property taxes, “so 41% of our city carries the burden of taxation to a large degree,” Domb added.

Domb has repeatedly expressed concerns about potential negative impacts of the tax abatement.

Philadelphia’s tax abatement is “the most generous program in the country. No other city forfeits taxes in exchange for development like we do,” Gym said. “So, it’s not a surprise that changing it is a challenge.

Changing the abatement was a hot topic in the primary election for City Council.

Many of the challengers for City Council seats said they want to change or eliminate the abatement.

And some City Councilmembers have put forward proposals to reform or eliminate the tax abatement programs. All of the proposals have been referred to the city council finance committee.

If the council takes no action on the proposals by the end of its term in December, the proposals will simply die. City Council President Darrell Clarke recently said in an interview on WURD that he doesn’t think that will happen; he expects some kind of change before the end of the year.

Gym introduced legislation in May 2018 that would limit the property tax abatements to city taxes, requiring property owners and developers to pay real estate taxes to the school district.

Gym has introduced two other proposals: One option would limit the tax breaks on residential properties. Tax breaks could not exceed the Federal Housing Administration mortgage limit for a one-family dwelling in Philadelphia County. (The current FHA mortgage limit is $402,500.)

Domb said if he had to offer a “peace offering” on reforming tax abatement programs, he could agree to a plan lasting 10 years with the tax breaks beginning to scale back in year six. Under such a plan, home and business owners would pay no taxes in years one through five, 20% tax in year six, 40% tax in year seven, 60% tax in year eight and 80% tax in year nine, he said.

When it comes to taxation fairness, abatement programs might be just the beginning — the tip of the iceberg, said Clarke, who pointed to yet more studies suggesting many city properties are incorrectly valued.

“Basically, a third of the properties were underassessed,” he said. “One-third were overassessed. For those one-third of properties that were overasessed, what do you tell those people? They probably overpaid last year.”

City Council is on summer break but has left much of its legislative agenda undone.

An ultra-luxury South Broad Street condo tower will offer Center City’s elite the chance to live, party, and garden without ever leaving the b…

Teachers, education advocates testify during 'State of Our Schools' hearing

A group of activists wants Allan Domb out of City Council. They say he shouldn’t be making decisions about development policy because of his l…

The building industry is ready to support changes to the city’s 10-year-tax abatement but remains dead set against ending the tax break, the h…