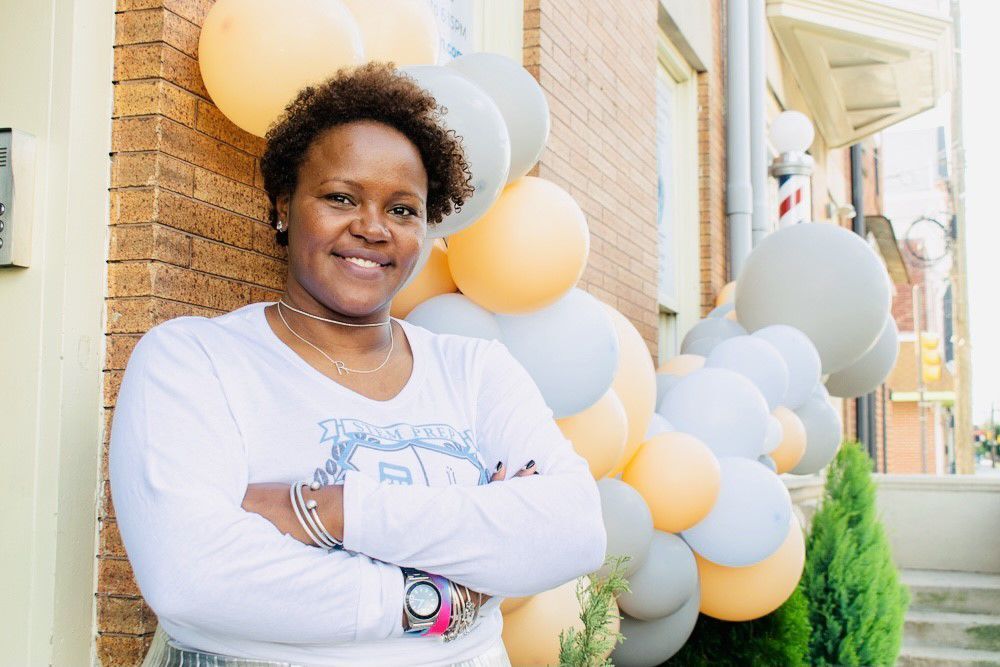 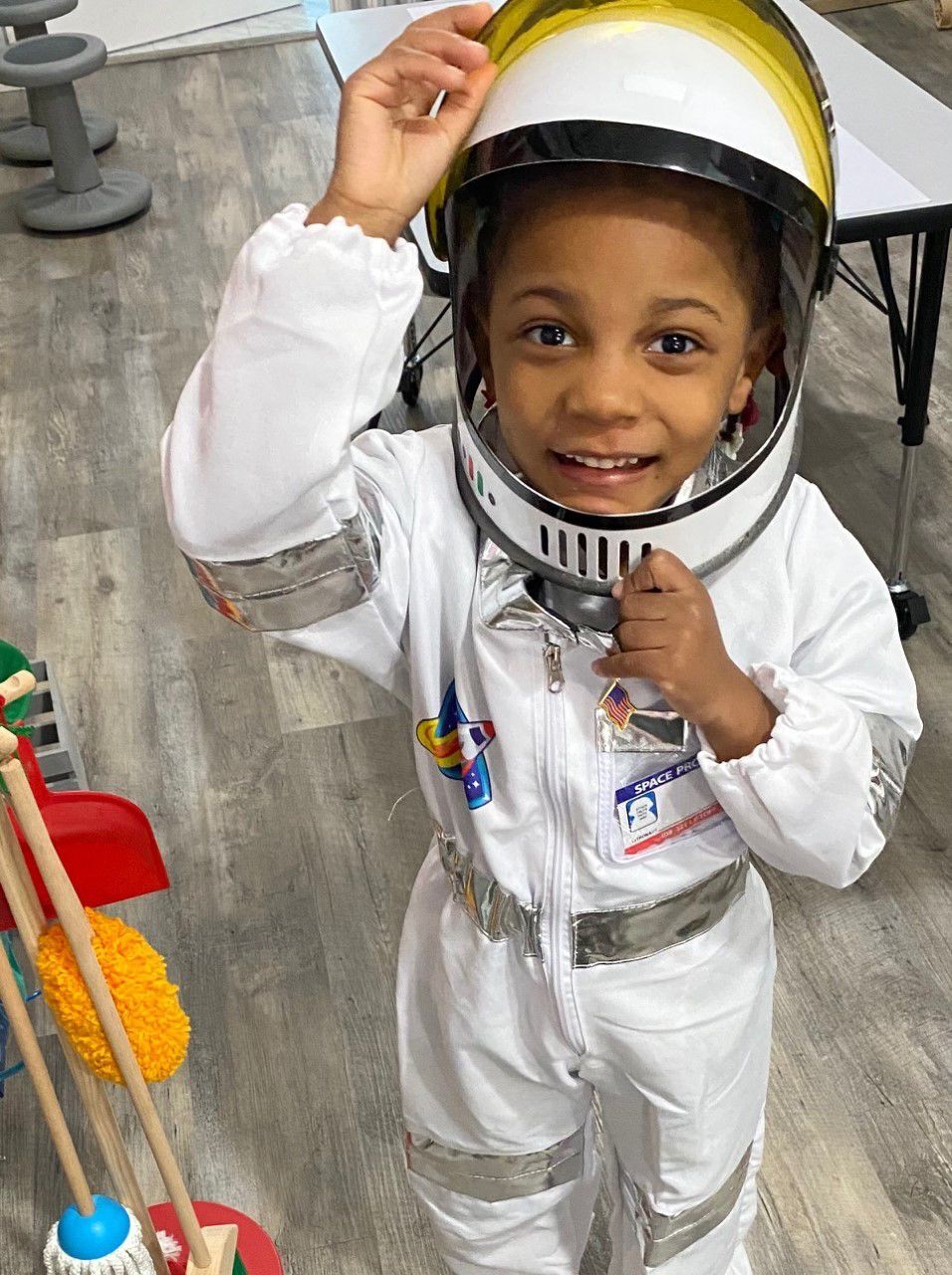 A preschooler dresses up as an astronaut in class at the STEM Prep Academy in Fishtown. 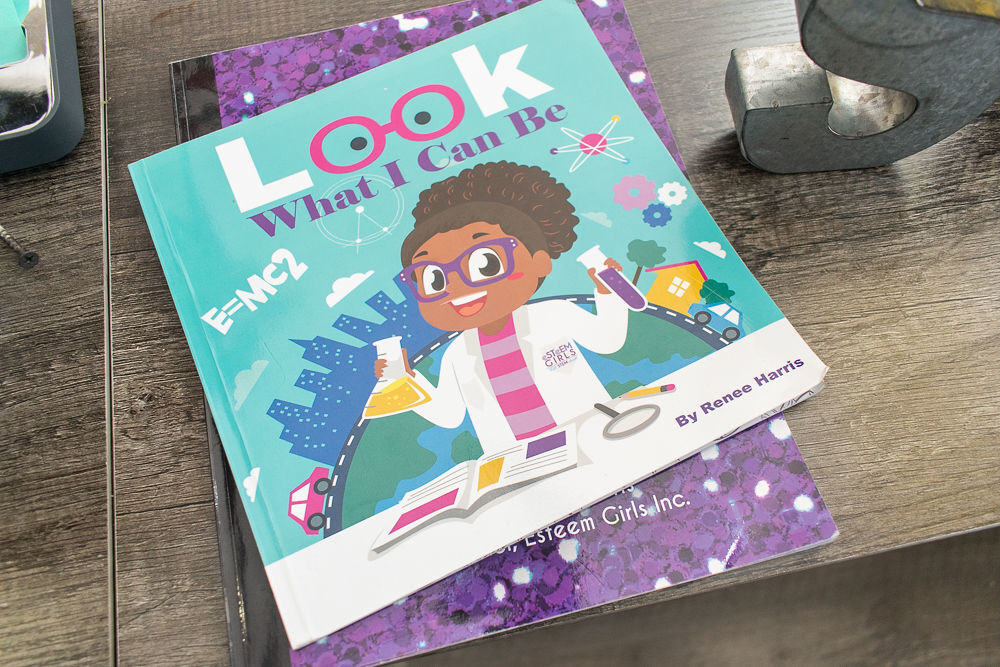 Renee Harris, founder of the STEM Prep Academy, wrote a children’s book titled “Look What I Can Be.”

A preschooler dresses up as an astronaut in class at the STEM Prep Academy in Fishtown.

Renee Harris, founder of the STEM Prep Academy, wrote a children’s book titled “Look What I Can Be.”

A Philadelphia native has opened a STEM-focused pre-school during the pandemic.

“There is a lot of research that indicates that students’ early exposure to science helps with the difference in their enrollment in STEM careers, especially if you start as young as preschool,” Harris said. “I started the school to help bridge the gap of STEM achievement early on.”

Harris opened SPA after founding the nonprofit STEM organization Esteem Girls Inc. in 2016. The organization’s mission is to address the local statistics, national trends, and standardized test scores in STEM among female students in grades 3-8 from the School District of Philadelphia.

“At SPA, we help teach children how to think, not what to think,” Harris said. “We want them to use their natural ability, creativity, and energy to build and create, which is all a part of STEM learning and STEM-related careers in the future.”

Since its inception, the program has since expanded with national chapters, annual STEM camps, Saturday programming, conferences, organization and school workshops, monthly lab boxes, and books.

Harris said it was always her goal to open a STEM-based school once she got Esteem Girls Inc. off the ground.

“I wanted to create a foundation first with Esteem Girls Inc. and get my feet into the industry before opening the school,” Harris said. “Once I had enough support, I started looking at different spaces and locations and the best opportunity for us was in Fishtown.”

“We make sure that they have their foundation,” Harris said. “Unfortunately, a lot of students aren’t on reading level so there’s a high emphasis on phonics and understanding the sound of words.

“We have a math curriculum and we do science and STEM every day. We do everything in stations, so the students have a chance to go around to the different stations and they can also work independently,” she added. “Everything is hands-on, but in a fun way.”

In science related activities, preschoolers have been learning about everything from the body and organs to the weather.

“They learn about microscopes, how to use them, and how to use the slides,” Harris said. “This month, they’re learning about the body and organs.

“They have been using Play-Doh to make the organs and then they would place them into parts of the body. When we were learning about the weather, the kids made snow out of basic ingredients.

“They’re doing more of the sensory type of science and that’s something that intrigues them. It’s important to tie their interest into a standard and a concept because it gets them excited about science and the different areas of STEM.”

Harris’ interest in educating students and exposing them to STEM came from her own lack of exposure in the industry at a young age.

“I loved science as a child, but I didn’t have that exposure in science,” Harris said. “I lacked the role models and didn’t have anyone around as a child who was an engineer or scientist.

“I didn’t know about the different STEM careers that are out there. I want the kids today to have that experience I didn’t have in science. I want to help close the representation gaps in the math and science fields.”

She graduated from the now defunct University City High School and is an alumna of Cheyney University. She was the first in her family to graduate from high school and college.

She would later have a career in the pharmacy industry before becoming a middle school teacher in math and science in the School District of Philadelphia. She also has a background in sociology and biology.

“I worked for a great company in the pharmacy industry, but I felt unfulfilled,” Harris said. “I really wanted to give back. The best way I thought I could do that was to teach. Being a teacher gave me a different perspective to allow me to do what I’m doing now.”

Harris recently released a children’s book with the STEM book series called “Look What I Can Be.”

“‘Look What I Can Be’ is a 46 page book that is interactive,” Harris said. “The second book is the ‘Look What I Can Be’ lab book. The lab book is 100 pages and it includes experiments, lab reports for kids to fill out, and hands-on activities. Both books support Esteem Girls.”

In the future, Harris has plans to expand SPA. In 2022, she wants to add kindergarten.

“My plan was to always start small and then add a grade,” Harris said. “My long term goal is to have SPA expand to the eighth grade, so to have a pre-k to eighth grade STEM based school. That will happen, I know it will.”