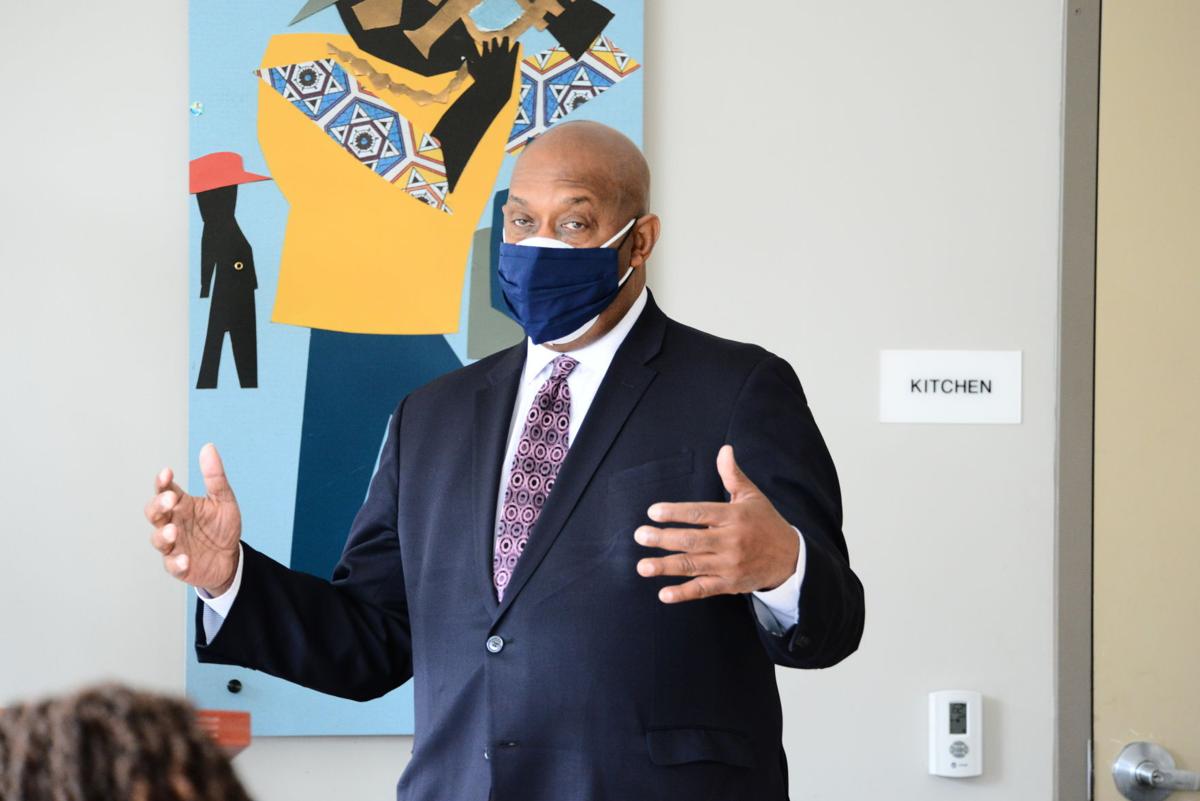 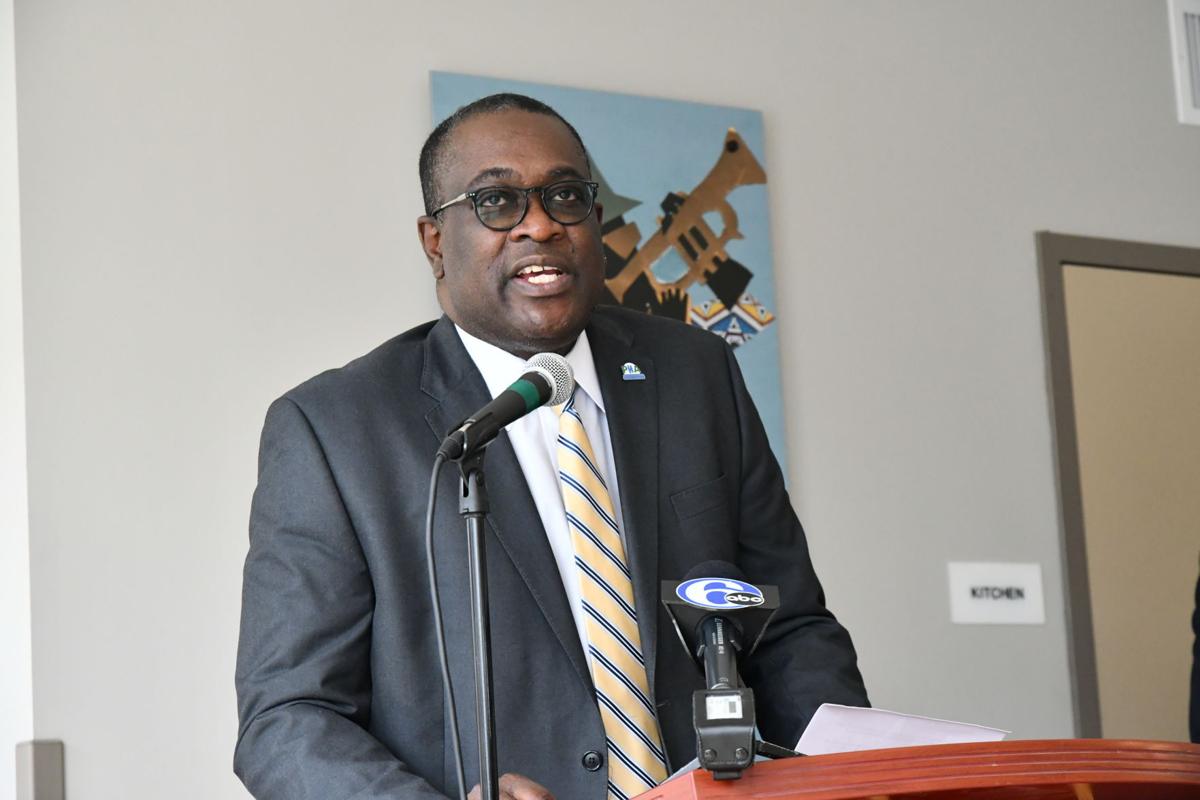 When U.S. Rep. Dwight Evans (D-Pa.) visited the Sharswood Tower on Thursday, he addressed how his proposed Housing Is Essential plan would provide more than $63 billion in new federal housing funding.

“The environment that we are in today is rather challenging,” Evans said during a press conference held to highlight his plan.

“This pandemic has exemplified a problem that we know has existed a long time — that poor people who are Black and brown have been treated very unfairly.”

Evans’ proposal comes in addition to funding that is coming through the American Rescue Plan Act, which President Joe Biden recently signed into law.

“The American Rescue Plan Act was a start,” he said.

“It’s a down payment. I’m determined to see outcomes and I don’t take that lightly, because people deserve safe, affordable, protective housing.”

Evans’ proposal includes numerous line items including $5 billion for Community Development Block Grants, $5 billion for homeless assistance grants, $500 million for Choice Neighborhoods and $6 billion for the Public Housing Capital Fund. He has yet to officially introduce the plan in Congress.

Evans’ plan was welcomed by Kelvin Jeremiah, president and CEO of the Philadelphia Housing Authority.

“It’s appropriate that we are here today to discuss Congressman Evans’ proposal to fund affordable housing and community development more fully — something that we haven’t seen since the 1990s,” Jeremiah said.

“The COVID pandemic has made it very clear that housing is necessary for a safe and healthy community.”

He cited a HUD study that found that 7.7 million unassisted low-income renters paid more than half their income on rent and lived in inadequate conditions before COVID.

“The recent passage of the American Rescue Plan has placed a spotlight on the desperate needs of American families — especially those who are struggling with job loss, reduced work hours and overdue rent,” Jeremiah continued.

He said the plan provides a “unique opportunity to re-imagine the way that we approach housing affordability and poverty.”

Jeremiah addressed how PHA would benefit from both Evans proposal and the new American Rescue Plan Act.

He said the agency is receiving a “significant allocation” to assist people who fell behind in their rent because they lost their jobs or had reduced work hours due to COVID’s economic fallout.

“We had a moratorium that has recently been extended by the CDC [Centers for Disease Control], so we haven’t been evicting folks,” he said.

“I can tell you that there is a real need to address that because as it stands right now over 4,000 of our residents owe over $5 million, and so stabilizing those families’ housing situation is a critical component of the American Rescue Plan,” Jeremiah said.

He said the plan provides an additional $5 billion for the Housing Choice Voucher Program, which provides rental assistance to low-income families in the private market. That funding will allow PHA to serve the 10,000 people on its Housing Choice program waiting list.

Jeremiah said the American Rescue Plan will provide about $300 million in infrastructure funding for housing authorities around the nation. He noted that PHA has $1.5 billion in unmet capital needs which has led to a backlog of infrastructure repairs.

“Every year, we receive approximately $50 million toward that $1.5 billion,” Jeremiah said.

“This is the first time that the federal administration will provide that level of funding that will allow us to really address the critical infrastructure needs that we have.”