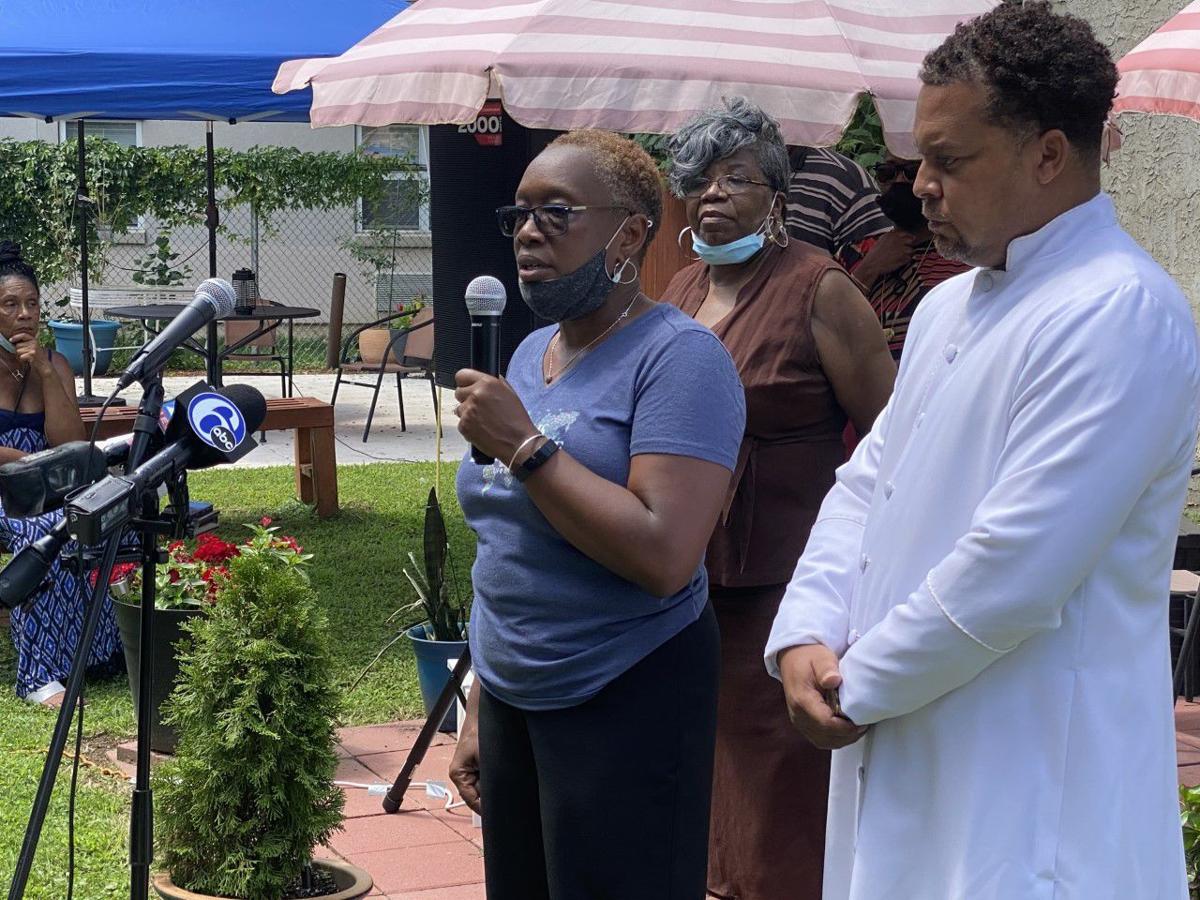 “What we’re asking is for PHA to assist us to move forward,” said resident Stephanie Ridgeway, center, during a rally with community members on the 2200 block of Ridge Avenue in North Philadelphia on Monday. — Tribune Photo/Abdul R. Sulayman 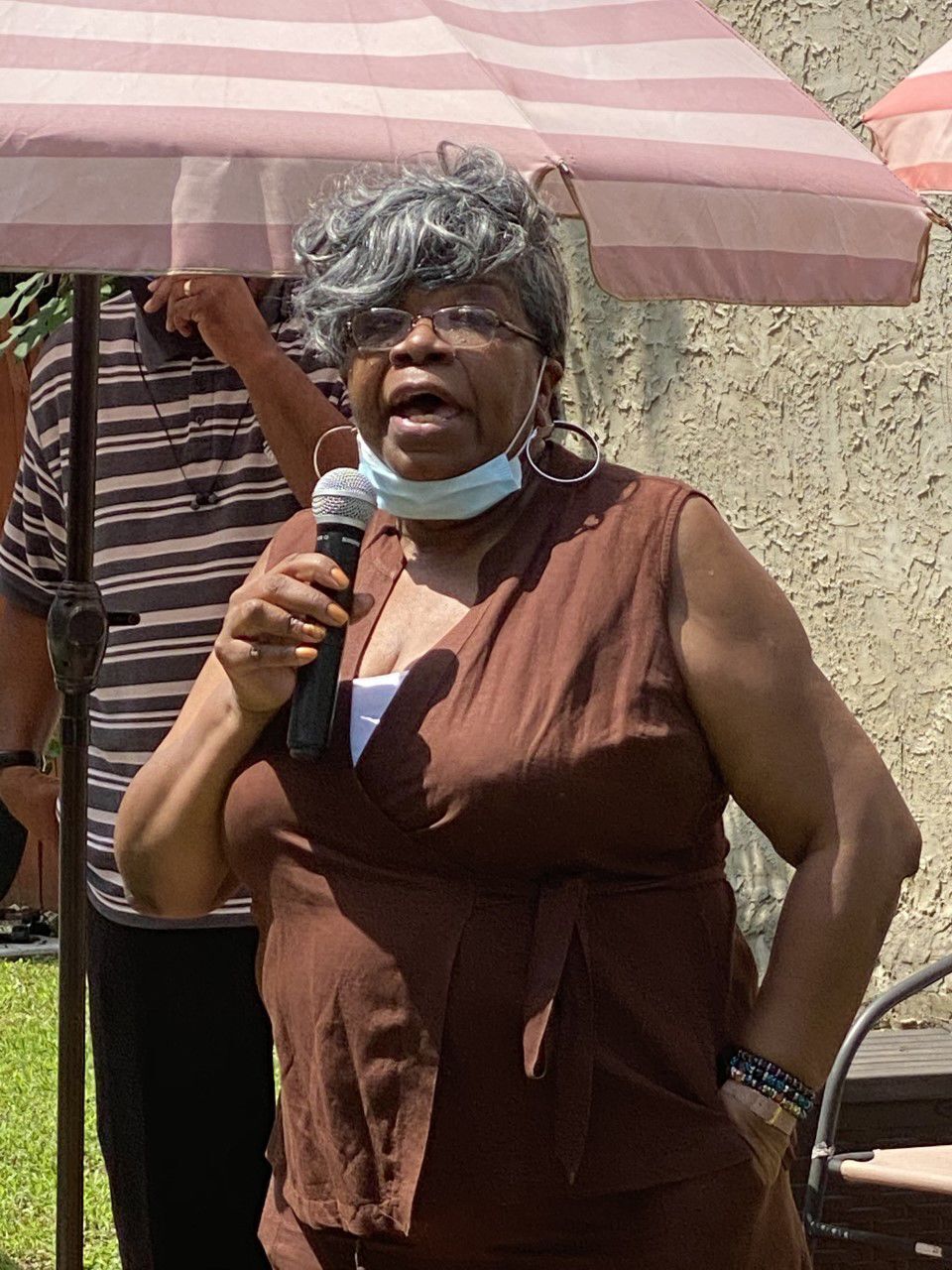 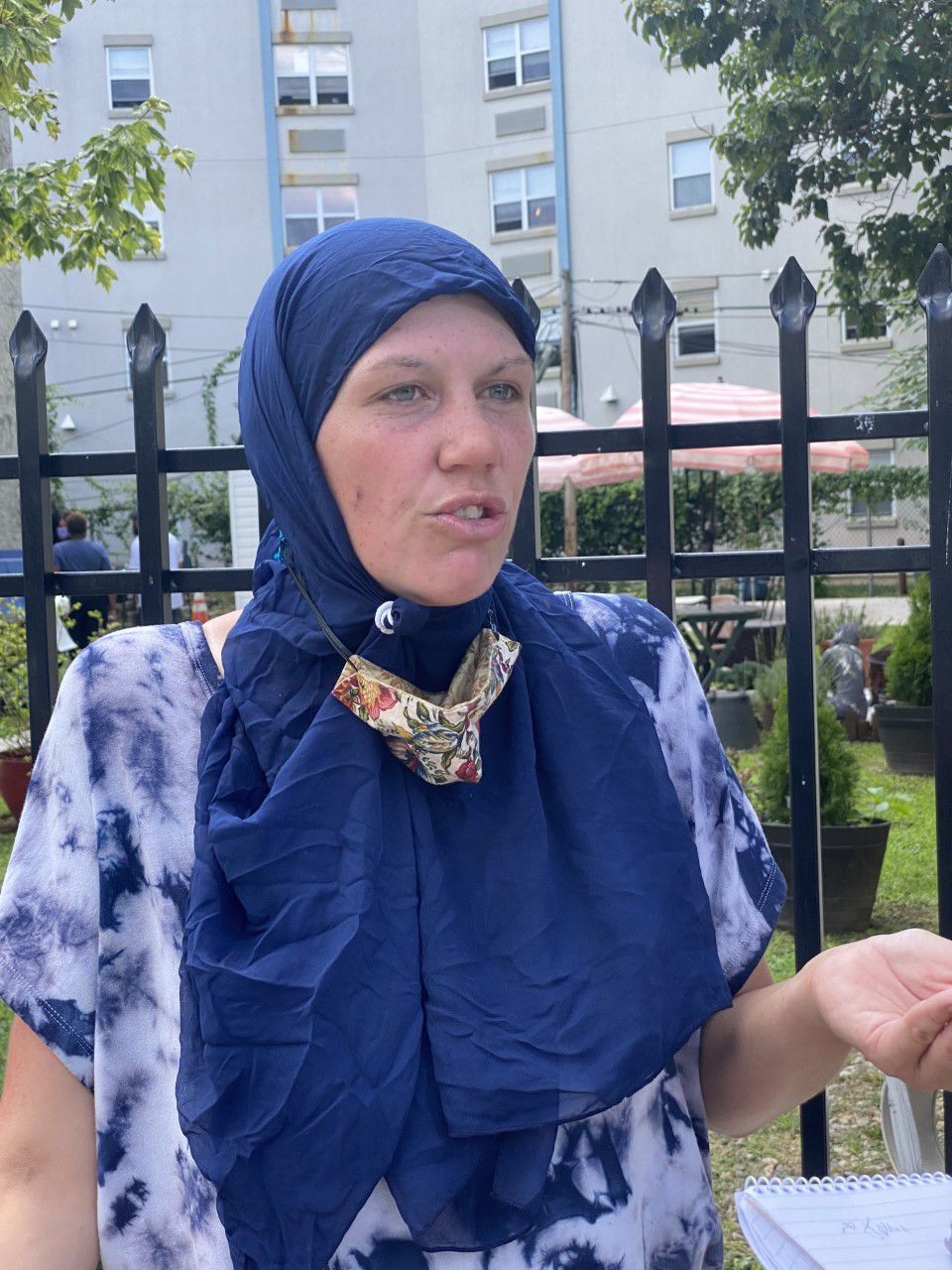 Jennifer Bennetch, an organizer for the North Philadelphia encampment, accuses Philadelphia Housing Authority President Kelvin Jeremiah of being 'very problematic' throughout their negotiations, saying 'he doesn’t want to come to a solution.' — Tribune Photo/Abdul Sulayman 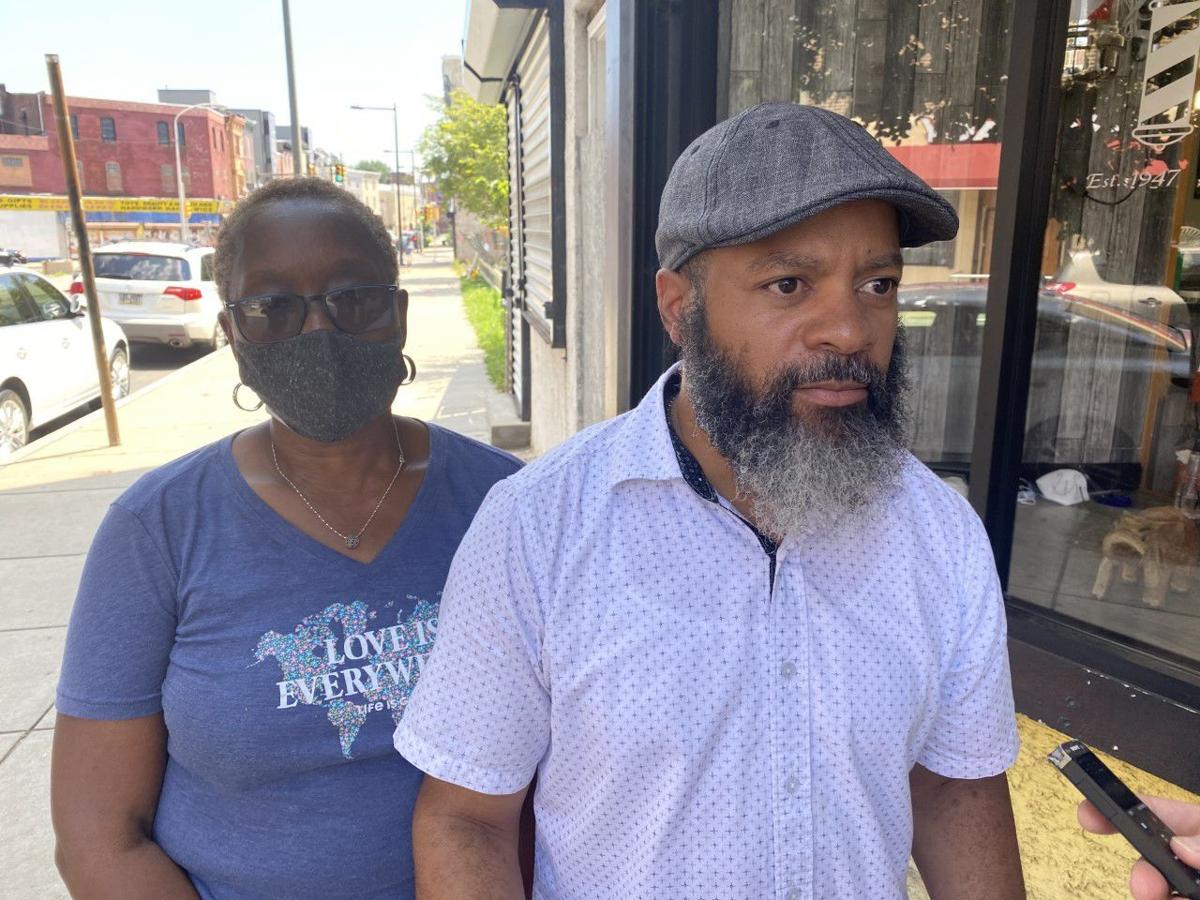 Stephanie Ridgeway stands behind her husband, Rob, in front of Rob's barbershop on the 2200 block of Ridge Avenue. — Tribune Photo/Abdul Sulayman

“What we’re asking is for PHA to assist us to move forward,” said resident Stephanie Ridgeway, center, during a rally with community members on the 2200 block of Ridge Avenue in North Philadelphia on Monday. — Tribune Photo/Abdul R. Sulayman

Jennifer Bennetch, an organizer for the North Philadelphia encampment, accuses Philadelphia Housing Authority President Kelvin Jeremiah of being 'very problematic' throughout their negotiations, saying 'he doesn’t want to come to a solution.' — Tribune Photo/Abdul Sulayman

Stephanie Ridgeway stands behind her husband, Rob, in front of Rob's barbershop on the 2200 block of Ridge Avenue. — Tribune Photo/Abdul Sulayman

A vacant lot on the cusp of development in a troubled North Philadelphia neighborhood has pitted community members against affordable housing advocates protesting on the property.

On Monday, members and supporters of the Sharswood neighborhood rallied to demand Mayor Jim Kenney meet with them over the 20-odd protesters camped out on Philadelphia Housing Authority (PHA) property at the corner of 21st Street and Ridge Avenue.

The small outdoor rally, held on the 2200 block of Ridge Avenue, was met with a counter protest led by Jennifer Bennetch, founder of activist group Occupy PHA and one of the main organizers of the encampment.

The two groups shouted over one another on their own speaker systems.

Asia Coney, president of the Philadelphia Housing Authority’s Resident Advisory Board, said protesters in the encampment have “hijacked” the community.

“Be clear, this is ugly,” said Coney, yelling over the shouts of Bennetch. “It is disrespectful. It is clearly out of line for individuals to decide they’re going to speak for folks and stop a project that has been long ... waited for in this community.”

The lot is the future site of an affordable housing development and grocery store, and steps away from PHA’s new $45 million headquarters.

Bennetch insisted that PHA leadership orchestrated the community rally and included those from outside the neighborhood and some with ties to PHA, like Coney.

Bennetch accused PHA President Kelvin Jeremiah of being “very problematic” throughout their negotiations, saying “he doesn’t want to come to a solution,” which includes providing long-term affordable housing to those in the encampment.

PHA spokeswoman Nichole Tillman did not return requests for comment.

Kenney spokesman Mike Dunn said the administration continues to work with protesters at the North Philadelphia encampment, as well as the larger pro-affordable housing camp on the Benjamin Franklin Parkway, to reach a resolution.

He said the administration has had “several productive meetings with camp leadership.”

“The mayor absolutely understands and shares the concerns of this community,” Dunn said. “He has been clear from the start that neither encampment is a long-term solution. That is why he personally got involved in the negotiations with leaders at both sites towards an amicable resolution.”

Community members and supporters said Kenney has failed to meet with residents and business owners while meeting with protesters.

Residents and business owners maintained protesters were delaying — and could potentially derail — a project that will bring jobs, businesses and resources to a community suffering from decades of disinvestment. Most avoided directly calling for the eviction of protesters.

“What we’re asking is for PHA to assist us to move forward,” resident Stephanie Ridgeway said. “This is about providing jobs for the community because without jobs this community is not going anywhere.”

William Brawner, pastor of Mother African Zoar United Methodist Church in North Philadelphia, said it was unfair that protesters were drowning out longtime community members, who have spent years working to claw back businesses and resources.

“There are two sides,” Brawner yelled over Bennetch. “We are not against anyone in their side, but they shouldn’t be against us and our side.”

Protesters set up tents on PHA property in late June. They have accused PHA leadership of failing to address a homelessness and affordable housing crisis in Philadelphia, mishandling the organization’s $400 million budget, and exacerbating gentrification.

Protesters also want the public housing authority to transfer some of its long-vacant properties to a community land trust in order to create permanent low-income housing options, rather than sell the properties to private developers. PHA’s waiting list for affordable housing tops 47,000.

Bennetch said she has helped at least 12 homeless families squat in vacant PHA-owned properties in the city.

The larger encampment located along Benjamin Franklin Parkway at 22nd Street has been there since early June.

Rob Ridgeway, owner of Process Jr.’s Barbershop and Stephanie Ridgeway’s husband, said the neighborhood along the 2200 block of Ridge Avenue suffered from violence and a lack of jobs, businesses and a grocery store.

He hoped the planned development on PHA property would eventually bring investment farther north on Ridgeway Avenue. But for that to happen, the protesters would have to move.

“I’m not saying that I want them [the protesters] gone,” Rob Ridgeway said. “What I do want is that a resolve happens, that they can move on. … I would like to see them have a fair resolve.”

City and encampment protesters to meet in federal court today

Encampment protesters safe from eviction --- at least until next week

City officials have brokered a deal that has ended the months-long encampment in North Philadelphia.