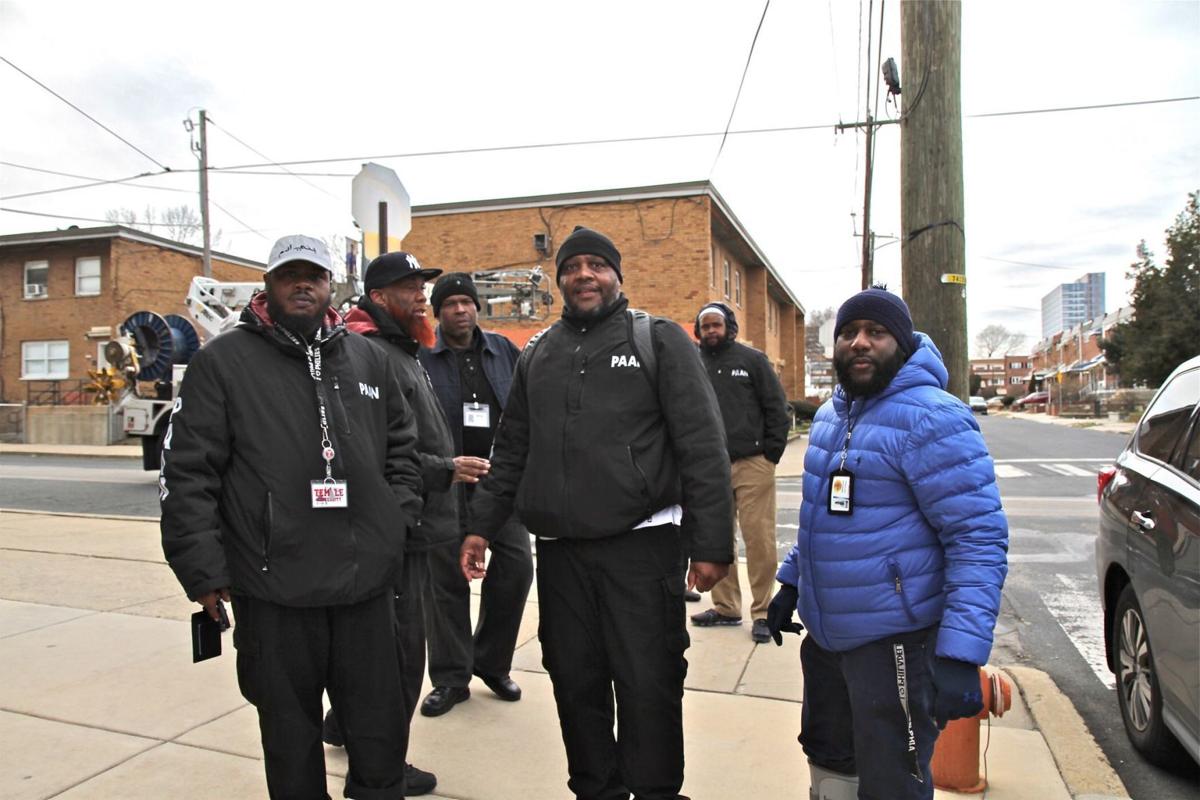 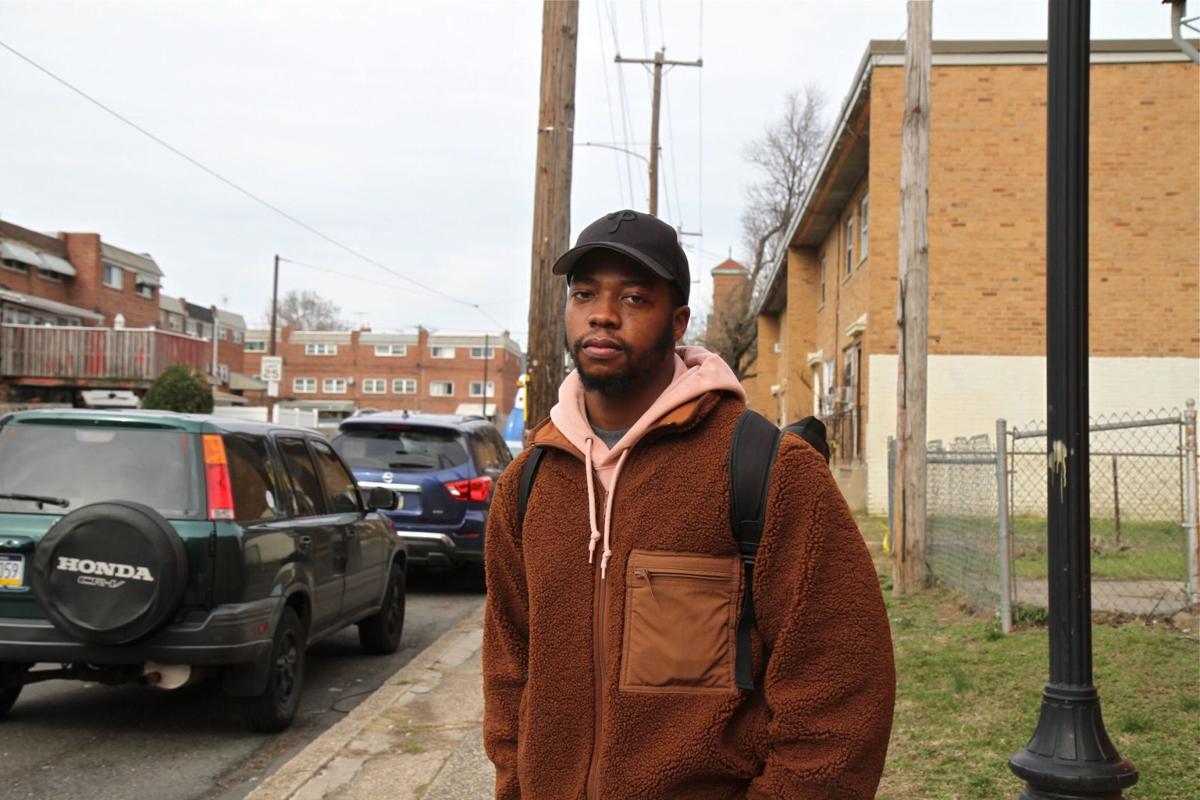 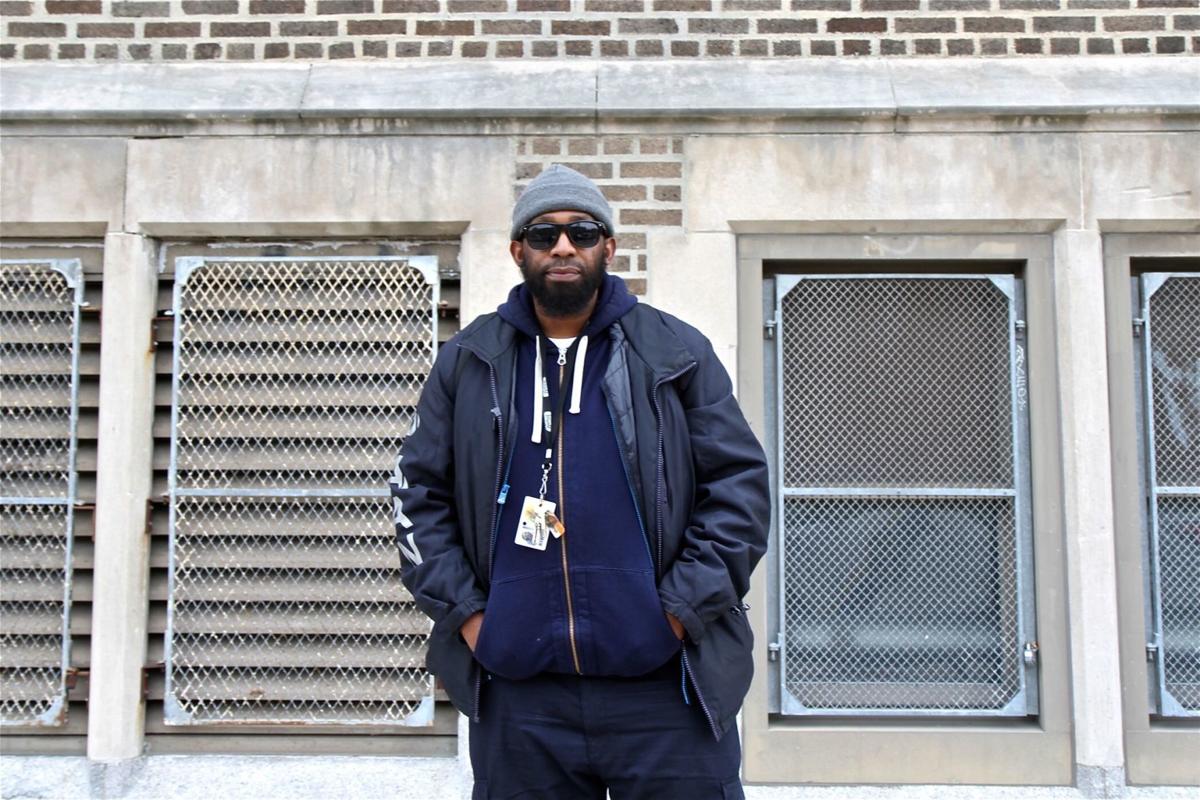 Carolyn Nelson cautiously peered out of her door in North Philadelphia’s Yorktown neighborhood Thursday afternoon. Through the crack, she caught a glimpse of half a dozen people in plain clothes offering her information on city services after a quadruple shooting that happened around the corner of her home the day before, killing a young woman.

The group was part of the Philadelphia Anti-Drug/Anti-Violence Network (PAAN) and was one of three organizations canvassing the blocks around St. Malachy School, a Catholic pre-K and elementary school close to where the shooting occurred.

Nelson’s house is across the street from St. Malachy, and this wasn’t the first time she encountered the rapid response team.

“I just got one from somebody earlier,” Nelson told Jules Robinson-McCrae, with PAAN, as he handed her some stapled pages that laid out education and anti-violence services in the city.

That was enough for Nelson to whip the door open and let down her guard with the handful of strangers.

“In the last year, about eight or nine people just got shot … I’m done,” said Nelson. “I’m out of here. After the summer get here, I’mma get me a house.”

As Robinson-McCrae’s group listened to Nelson talk about how her neighborhood has seen more violence in the 29 years she’s lived there, Raqib Robinson with Drexel University’s Healing Hurt People walked up to offer her additional counseling services.

“Usually, we do help people … in a hospital setting,” he said. “However, I came out to the community really to just reach, you know, some of the neighbors and see if they’d been traumatized by the event and then offer therapeutic services.”

Not far behind Robinson — drawing a laugh from Nelson, who watched as her front doorway became increasingly crowded — were two police officers with the Office of Victim Services dressed in their full uniforms. The officers gave residents information about how to apply to the victim’s compensation fund, if they needed counseling.

This scene played out over and over in Yorktown on Thursday, and while residents welcomed the information, many just went back inside their homes. Neighbors like Latisha Brown said violence prevention was a bigger necessity than response after the fact.

“We know the cops don’t have eyes in the back of they head, but they really need to have more people out here to secure kids coming from school, and secure the neighborhoods more, and keep these bad people from out here,” she said.

Brown has only been in the neighborhood since October, but like Nelson, she’s also set on moving. She has three children, all teens, and her eldest daughter is non-verbal on the autism spectrum. When the shooting broke out Wednesday, she said her two younger children had not made it home yet.

“I prayed that they was not in the mix of that,” Brown said.

Brown’s neighbor, 19-year-old Yaniyah Foster was fatally hit by a stray bullet Wednesday while sitting on her steps. Three men were also wounded in the shooting.

As of 11:59 p.m. Thursday, Philadelphia has seen a 24% spike in homicides compared to this time last year.

PAAN, a city program, distributes information year-round, but the group places special emphasis on being on the ground after a violent incident, though they know it can only help so much.

“To let the community know they’re not by themselves,” said PAAN canvasser Brian Hughey. “They have support, whether it be from us, other agencies, the Philadelphia Police, or wherever … There’s other people out here that cares about their neighborhoods.”

As pairs of canvassers scattered across several blocks, others manned a table right in front of St. Malachy School. Volunteers said they wanted to bring the children, who were letting out when the shooting took place, have a sense of security.

PAAN members were purposely dressed in casual clothing, which they say is part of their approach and gets people to open their doors.

“Say we came to this inner city neighborhood and we were dressed in suits or we had like college sweaters or something like that, they’d be like you guys not even from around here, you don’t know what’s going on around here,” said Hughey, pointing out his own Timberland boots and beard.

Hughey said if members of PAAN can infiltrate neighborhoods seeing spikes in violence and offer troubled young people mentors they can look up to, along with connections to work, then maybe they can prevent future shootings.