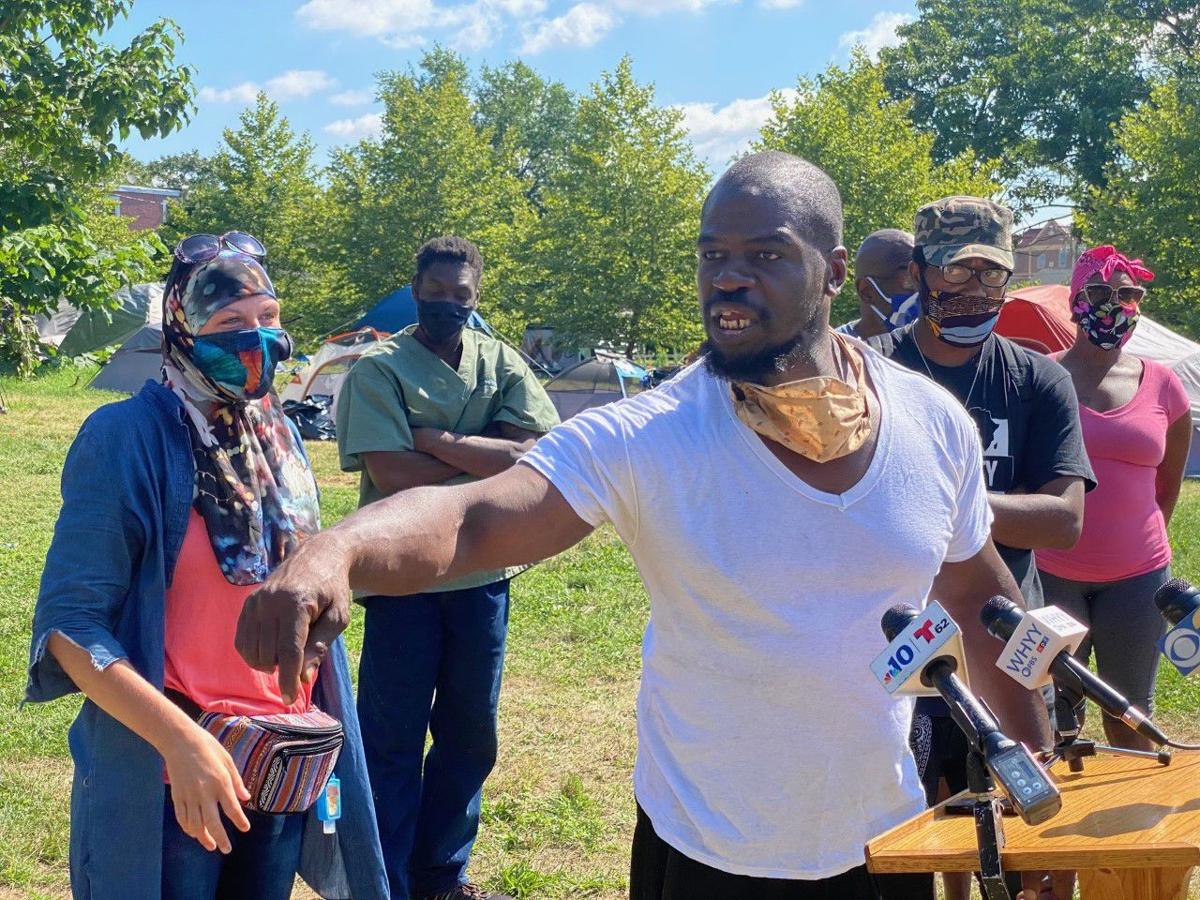 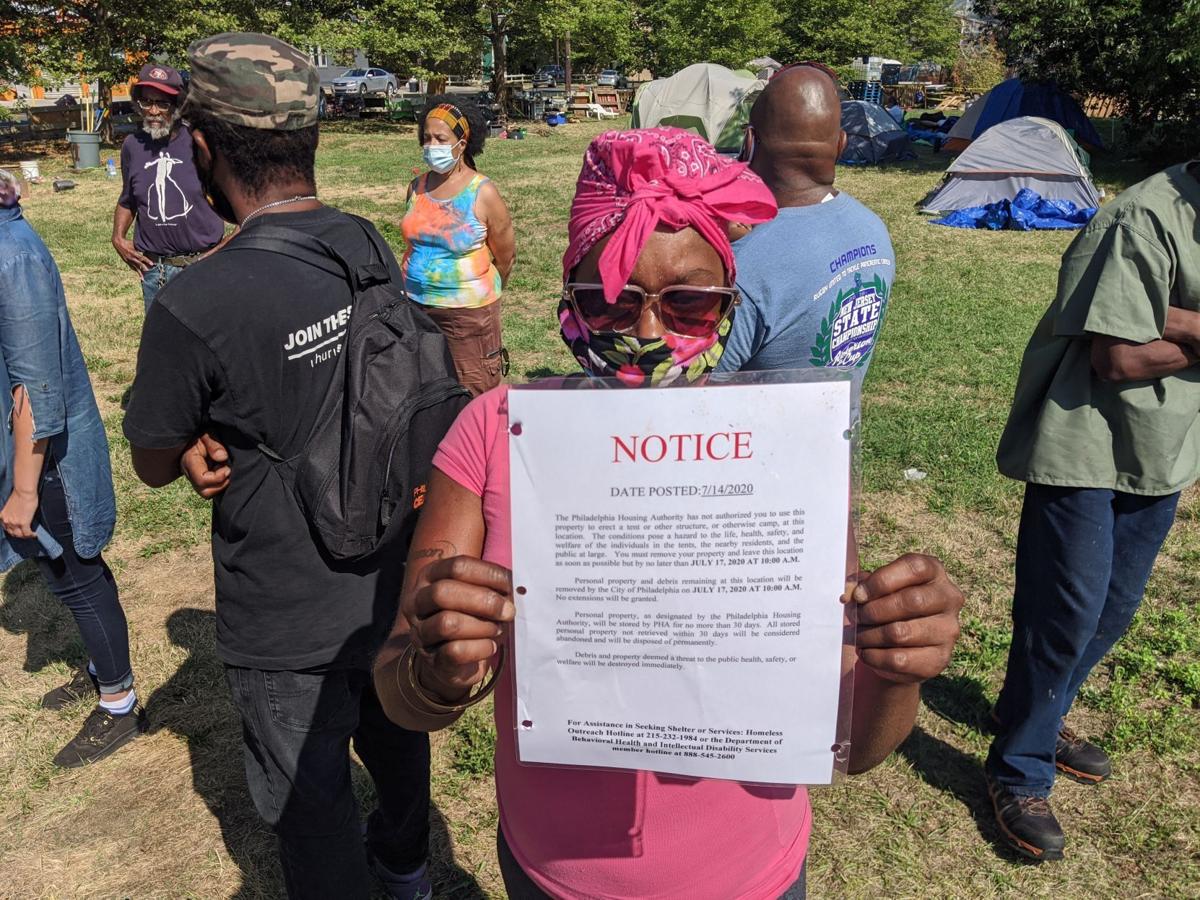 On Wednesday, Lakesha Pannell holds the notice demanding protesters vacate the encampment by the end of the week. — Tribune Photo/Michael D'Onofrio 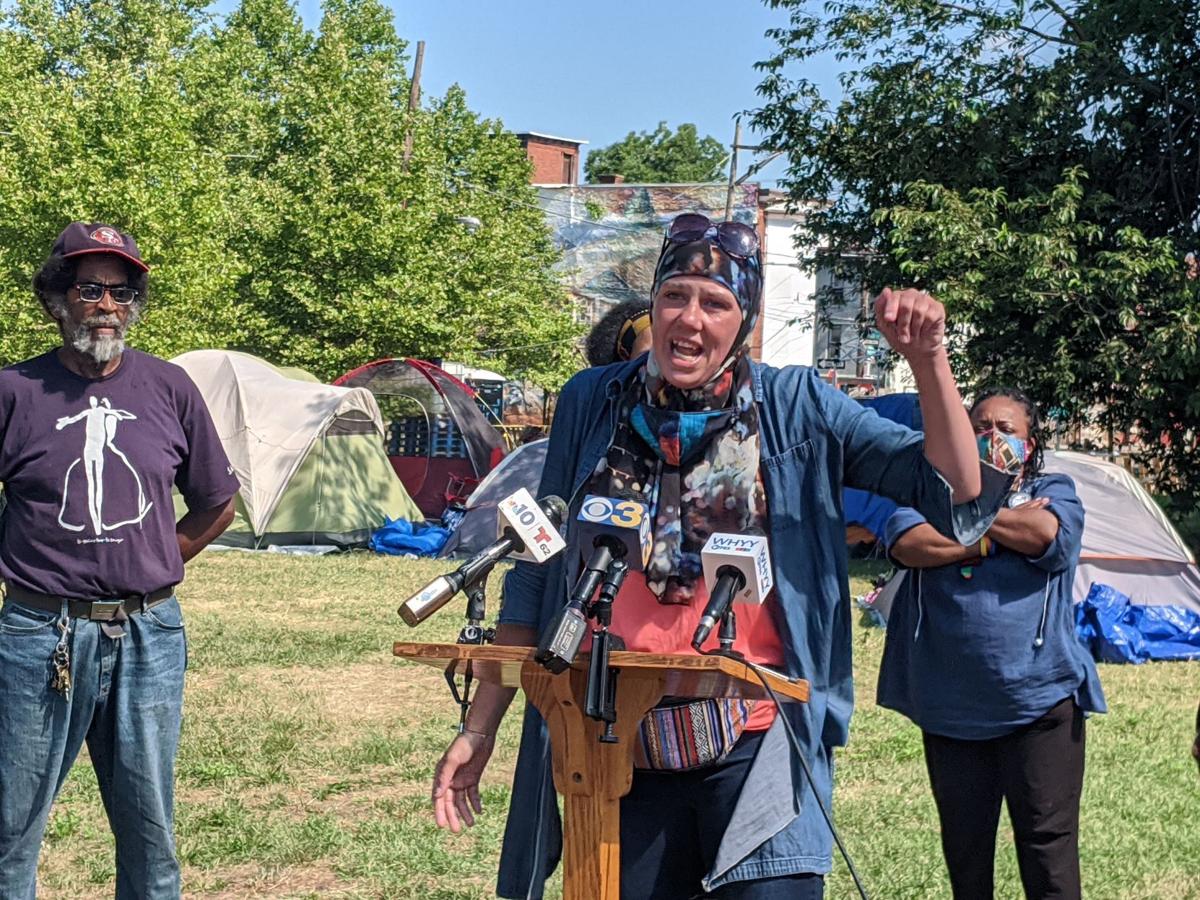 'This is about being tired of being kicked around,' says Jennifer Bennetch, founder of the activist group Occupy PHA and among the organizers for the encampment near the Philadelphia Housing Authority's headquarters on Ridge Avenue. — Tribune Photo/Michael D'Onofrio

On Wednesday, Lakesha Pannell holds the notice demanding protesters vacate the encampment by the end of the week. — Tribune Photo/Michael D'Onofrio

'This is about being tired of being kicked around,' says Jennifer Bennetch, founder of the activist group Occupy PHA and among the organizers for the encampment near the Philadelphia Housing Authority's headquarters on Ridge Avenue. — Tribune Photo/Michael D'Onofrio

Affordable housing protesters and homeless individuals camped on Philadelphia Housing Authority property say they will defy an order to vacate this week and pledged to target the home of the organization’s leader with daily demonstrations.

Organizers for the encampment at 21st Street and Ridge Avenue on Wednesday slammed PHA CEO Kelvin Jeremiah, alleging he has failed to negotiate over their demands to create more affordable housing, and called on him to resign.

The demonstrators said they intend to remain at the encampment beyond the Friday deadline for them to vacate.

“We’re standing our ground. We’re not going anywhere,” said Ronald Story, one of the individuals living at the encampment.

Jennifer Bennetch, founder of activist group Occupy PHA and one of the organizers of the encampment, said the group launched a campaign to protest outside of Jeremiah’s home in the East Oak Lane neighborhood the previous night.

Bennetch said protesters were met by PHA police on Tuesday; she accused Jeremiah of using a “private police” to terrorize demonstrators.

“We will not accept that. We will not stand for it. We will remain here,” Bennetch said. “And we will move to his house if we have to. We’re going to be at his house every day. … This is about being tired of being kicked around.”

Jeremiah, who earns nearly $300,000 annually through his salary and bonuses, did not immediately respond to requests for comment.

On Tuesday, PHA posted notices for demonstrators to vacate the camp.

The notice says the city will remove personal property and debris remaining at the camp after 10 a.m. on Friday. PHA will store property left there for no more than 30 days.

Since last month, protesters camped on the vacant lot owned by PHA property, which is the future site of affordable housing units and a grocery store. The site is located a block away from PHA's new $45 million headquarters.

The camp is made up of approximately 20 individuals, among whom are senior citizens, veterans and people with disabilities. More than 30 tents and makeshift shelters were set up on the property on Tuesday.

Donations of tents, food and water sustain the encampment. There did not appear to be portable toilets at the site and trash from the encampment was piled high along Ridge Avenue.

Bennetch said she had a potential site in mind if protesters were forcibly removed from the encampment on Friday.

The encampment is located in Council President Darrell Clarke’s 5th District, an area with some of the highest poverty rates in the city.

Reached for comment via email on Wednesday, Joe Grace, a Clarke spokesman, avoided commenting on the demands and issues related to the PHA protesters, or whether Clarke supported them.

Some of the protesters formerly camped at the encampment on Benjamin Franklin Parkway, but the two camps are separate.

The organizers camping along the parkway also are calling for more affordable housing, among other things, and also were given a Friday deadline to vacate.

Bennetch, who has protested PHA for years, and the demonstrators accused the PHA's leadership of failing to address a homelessness and affordable housing crisis in Philadelphia, mishandling the organization’s $400 million budget, and exacerbating gentrification.

“Nobody should be homeless,” Bennetch said.

Bennetch added that the group rejected PHA’s offer to meet via video conference, preferring to meet in person.

“How do you expect people to live in tents to meet you virtually on Zoom?” asked Bennetch.

Upwards of approximately 90,000 people are on the PHA's waitlist for affordable housing. The U.S. Department of Housing and Urban Development pays for the bulk of the housing authority's budget.

Among those living at the encampment was 77-year-old Delores McFadden.

While sitting in her tent pitched under a tree, McFadden said she first became homeless three years ago. McFadden said the camp was “not that safe” but had no place else to go.

If forced to leave the encampment on Friday, McFadden said she was unsure where she will go.

The Kenney administration next week will evict dozens of affordable housing demonstrators who formed an encampment on the Benjamin Franklin Parkway.