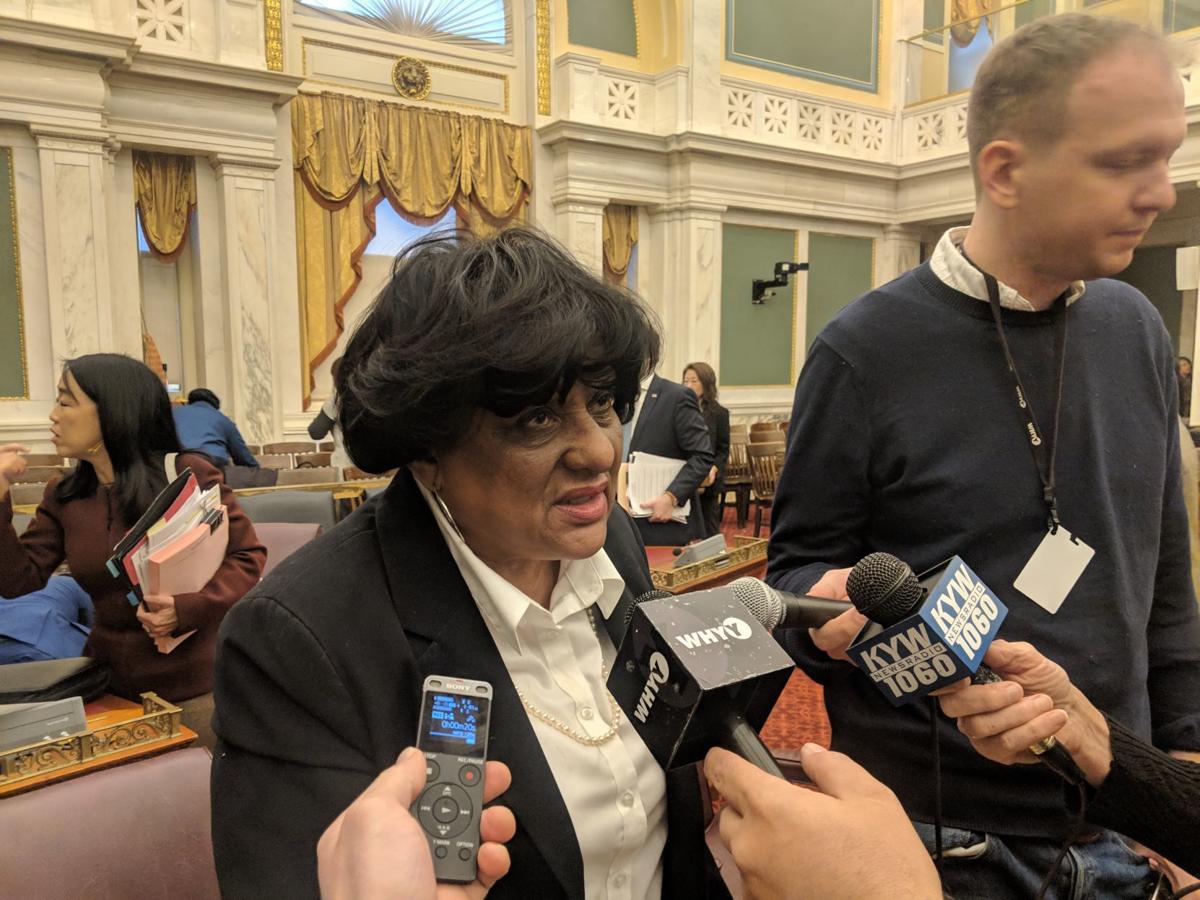 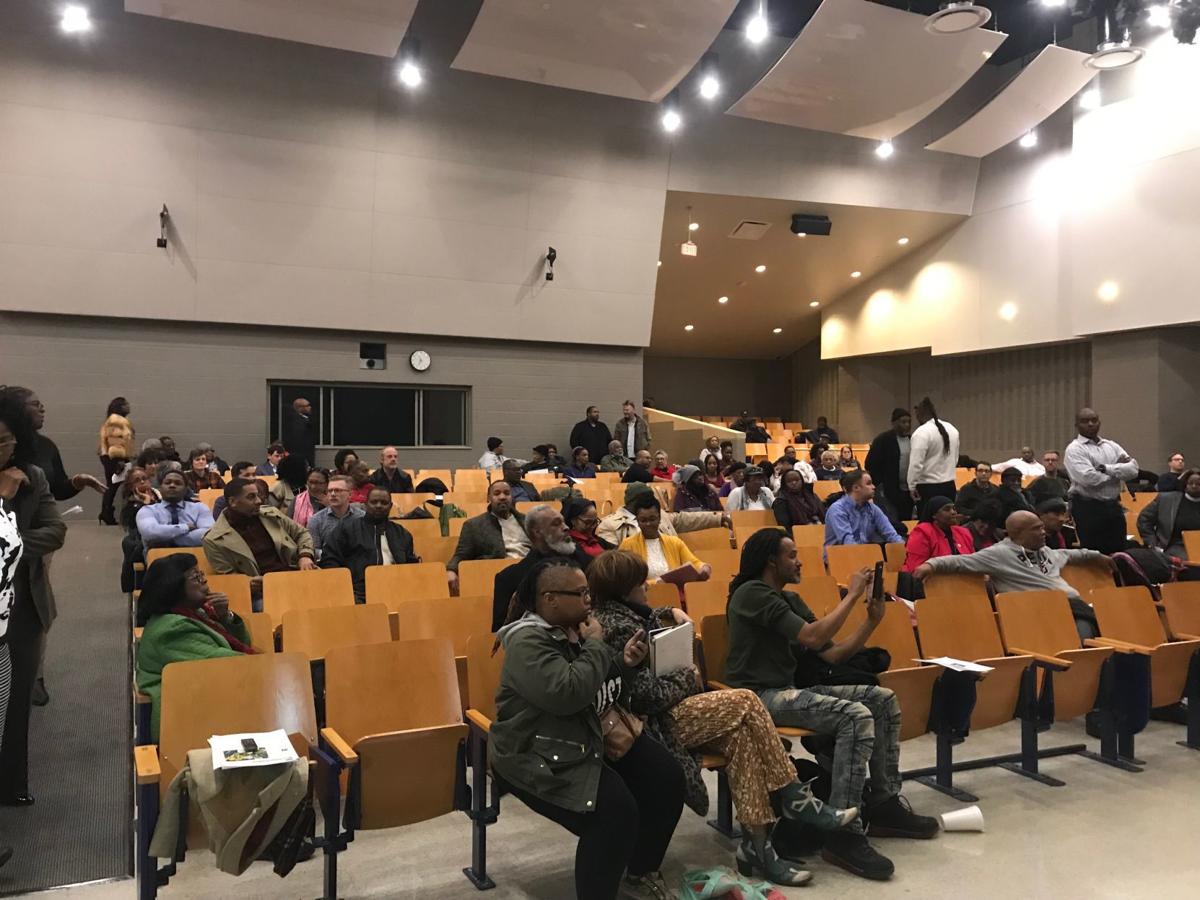 The proposed sale of the former Provident Mutual Life Insurance Co. property in West Philadelphia has come to a screeching halt with no immediate path forward.

Councilwoman Jannie Blackwell withheld legislation that would have kickstarted the $10 million transfer of the property at 4601 Market St. to a developer from coming to City Council vote on Thursday.

Blackwell said the Kenney Administration officials and the developer — Iron Stone Real Estate Partners and others — failed to clearly lay out the plan to the community or gain support for a proposal to transform the vacant, 13-acre property into a mental health and community services hub.

“I don’t know if I’ve ever seen an entire, detailed plan,” Blackwell said inside the City Council chambers. “We’ve got to do it again.”

Withholding the legislation delays the proposal until at least Jan. 24, which is the next scheduled City Council session.

“I am extremely disappointed that Councilwoman Blackwell has decided to hold the legislation that would allow the proposal to redevelop 4601 Market St. to move forward,” Kenney said in a released statement.

Kenney added that Blackwell, who represents the 3rd District, where the property is located, has been “fully informed and involved in the discussion every step of the way.”

The delay puts new healthcare services, jobs and other amenities the project offered at risk, too, he noted. “Now, all of that evaporates, and leaves the community only with what it has had for many years — a vacant building.”

Councilman Allan Domb spoke out against the proposal, saying the $10 million sale was shortchanging the city on the property.

“While I’m not against the proposed use of 46th and Market, I would have voted no as a protest vote because of the waste of taxpayer money this financial mismanagement has caused,” Domb said. “We should seek alternate solutions.”

The proposed legislation, Bill No. 181044, would not immediately sell the property to the developers. Instead, the legislation would transfer the site to the Philadelphia Industrial Development Corporation, whose board ultimately would determine whether to sell property to Iron Stone and its partners.

There is no timeline or obligation for PIDC to approve the final sale to the developers.

Blackwell’s move to shelve the legislation comes days after a community meeting in West Philadelphia High School about the proposal that drew scores of residents — but no supporters.

“You presented us with a gourmet meal on a trash can,” West Philadelphia resident Leonia Johnson said to developers Andrew Eisenstein of Iron Stone, and partners Michael Pearson and Sam Patterson during the community meeting Tuesday.

A procession of city officials and representatives from prospective tenants — PHMC, YMCA, Children’s Hospital of Philadelphia, or CHOP, University of Pennsylvania Health System — spoke about their parts in the proposal Tuesday.

Pearson, one of the partners on the development, described the project as a comprehensive child center for health care, but also a development where there will be “good paying, wage-earning, sustainable jobs for the neighborhood.”

“What we want to see is people able to buy homes; we want to see them be able to educate children, and be ingrained into this community where they feel that they have a chance to send their children where they need to for school and maintain that family,” Pearson said.

The proposal was expected to create 200 construction jobs and an estimated 1,000 permanent jobs. And 60 percent of the long-term jobs would be guaranteed to minorities and “local hiring,” defined as coming from within Philadelphia.

Developers intend to add an estimated 10,000 square feet of retail space, too.

But residents complained that they were cut out of the planning process and had no confidence the developers would uphold their commitments to the community.

Residents raised concerns about parking for the site, increased traffic, zoning designations that already allow for potentially major expansions, and fears over opioid-related treatment services being provided at the site.

The proposal also tapped into deep-seated fears in the community about neighborhood-altering projects that they suspect wouldn’t improve the lives of current residents, but rather raise property taxes and push them out of the neighborhood.

“I’m a little fed up of every time I come to meetings, come to this particular building, that we always have to be hosted by people who are coming into our neighborhood to hijack our property and real estate,” said West Philadelphia resident Gary Watson on Tuesday.

Cost to the city

How long will the city’s investments in the property take to pay off?

That depends on whom you ask.

Dominique Casimir, the city’s deputy commissioner of public property, told residents at the community meeting that city officials expected to see a return of $49 million over 20 years from the proposed sale of 4601 Market St. and another city-owned property and a variety of taxes on the two properties.

But later, Paul Chrystie, a spokesman for the city’s Department of Planning and Development, said in an email that the city actually expected to reap $158 million by 2040.

Kenney spokesman Mike Dunn said this week there was no discrepancy between what residents were told and the higher figures presented later — the latter of which included two future phases of the project not discussed with residents.

“There are future phases that were not the subject of the meeting [Tuesday], and those future phases bring the total estimated revenue to approximately $158 million by 2040,” Dunn said in an emailed response.

The city bought 4601 Market St. in 2014 for $4 million as the potential site for a new police department headquarters and dumped another $48 million into renovating the site.

The 13-acre tract is estimated to be worth $100 million, according to the city’s property website — a figure Kenney rejects.

When the city bought the property, $65.2 million in bonds was used to pay for the site and renovation costs. With interest added in, the bonds will cost the city $117 million, if repaid through their 2044 maturity date.

However, Kenney scrapped that plan last year in favor of moving the police headquarters and other services to the former Inquirer-Daily News building at 400 N. Broad St.

After a competitive bidding process in August 2017 that eventually led to three proposals for the property, city officials chose to sell the property for $10 million to Iron Stone and its partners. The other two proposals were said to have required infusions of public money and offered fewer services.

Iron Stone presented a handful of prospective tenants this week.

Children’s Hospital of Philadelphia, or CHOP, would take approximately 50,000 square feet of the new building, and use it for services focused on mental and behavioral health, said Peter Grollman, a spokesman for the hospital. The new facility would complement the Karabots Pediatric Care Center located nearby at 47th and Market streets.

“Our goal with this is really to provide all those services under one roof,” Grollman said. “So you envision kids getting their physical care across the street at the Karabots Center and then for children who need mental health services, they can go to the other side of the street and it’s all in close proximity from one another.”

University of Pennsylvania Health System officials are considering consolidating some behavioral health services at the site, said Steven Cobb, spokesman for the health system. It was said Penn would occupy as much as 50,000 square feet of space in the building.

Freedom Valley YMCA wants to use 10,000 square feet of space for the expansion of its childcare services, said Chris Tomlin, vice president of business development for the YMCA.

Tomlin said the YMCA was running out of space at its location at 52nd and Chestnut streets.

“We have been on the hunt to have more child care in West Philadelphia,” Tomlin said. “We believe 4601 [Market St.] could be a wonderful alternative and allow us to expand our childcare by looking at a facility on that site.”

As an impending vote on the sale of the former Provident Mutual Life Insurance Co. property in West Philadelphia moves forward in City Council…

City Council is mulling an expansion to a tax break for long-term homeowners aimed at blunting the effects of gentrification.

The proposed sale of the former Provident Mutual Life Insurance Co. property in West Philadelphia came to dead halt in City Council at the end…

I recall as a teenager attending the catholic school 1/2 block away. We all tried to obtain jobs at this company and were rejected. Nothing today will change as they need to leave at once. The people have spoken. Ms. blackwell, i believe is complicit. Thee Black politicians do absolutely nothing for their people. Why has no one discussed national and local police brutality and profiling. No more votes from me.