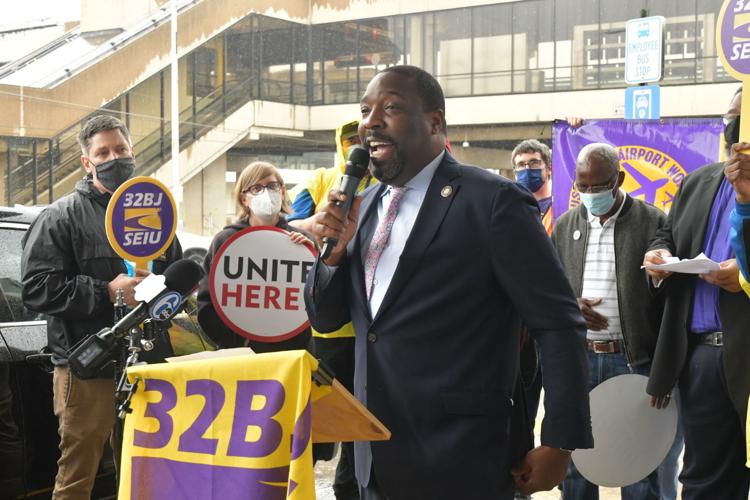 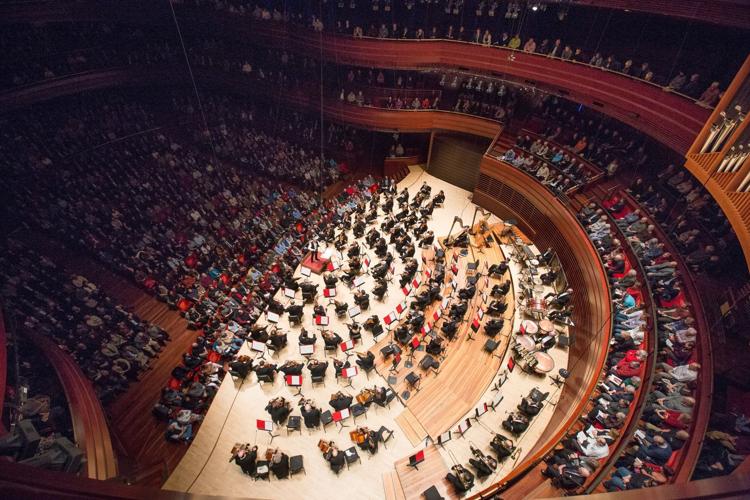 The Philadelphia Orchestra, which has been closed during the pandemic, will have a season-opening gala on Oct. 5, featuring cellist Yo-Yo Ma. — Jessica Griffin photo

The Philadelphia Orchestra, which has been closed during the pandemic, will have a season-opening gala on Oct. 5, featuring cellist Yo-Yo Ma. — Jessica Griffin photo

The legislation, known as the PHL Prevailing Wage bill, would provide a specific classification of airport workers to receive up to $15.06 per hour, an additional $4.54 hourly wage supplement to obtain health insurance and up to 56 hours of paid sick leave annually, among other benefits.

“We know that the workers at the airport are the backbone and the cornerstone of keeping the Philadelphia International Airport moving forward,” said City Councilmember Kenyatta Johnson, who introduced the legislation during Thursday’s virtual session.

“The bill will provide an opportunity for them to receive benefits as it relates to a prevailing wage but most importantly the cornerstone is health care coverage,” he said. “If we have learned anything during this pandemic, it’s that health care is along the lines of a civil rights issue and no individual should have to go to work or put their lives on the front line in the midst of COVID-19 and bring back a virus that can potentially take the lives of their family members home, without adequate health care coverage.”

The bill would cover baggage and freight handlers and inspectors; cabin cleaners; passenger service agents; skycaps; wheelchair attendants; retail, food and beverage service workers; food preparation workers; and other airport service workers employed by an airline operating under a lease with the city of Philadelphia or by a contractor for such an airline.

If the bill becomes law, it would cover thousands of SEIU 32BJ and UNITE HERE union workers.

“Until the City acted, Philadelphia Airport workers made the federal minimum wage or less,” Gabe Morgan, vice president and state director of 32BJ SEIU, said in a statement.

“During the pandemic, airlines like American Airlines have received billions of dollars in federal aid. We know that without action on the part of the City, the airlines and their subcontracted employers would not willingly protect essential front-line workers by offering them better wages, health care or paid sick leave,” Morgan said. “The City of Philadelphia must act to protect these workers that risk their lives every day to protect the traveling public and one of our City’s most profitable economic engines.”

UNITE HERE is the largest hospitality and food service workers union in the country, with more than 300,000 members. UNITE HERE Local 274 represents about 1,200 airline catering and airport concessions workers at the airport.

“Airport workers have been risking their lives throughout this pandemic,” UNITE HERE Local 274 President Rosslyn Wuchinich said in a news release.

“They deserve health care that they can actually use. In most cases, the health insurance offered by their employers is completely unaffordable and therefore inaccessible for them. Councilman Johnson’s proposed legislation will make health care for airport workers the right that it should be, not the privilege that it is right now. We applaud the councilman’s initiative in introducing this legislation.”

According to SEIU 32 BJ, contracted front-line airport workers, who are overwhelmingly African-American, are paid as little as $12.40 per hour and often without health care. These workers have difficulty socially distancing from the traveling public and have worked even while exposed to COVID-19.

President Joe Biden has set a goal of having 70% of the U.S. adult population being vaccinated with at least one COVID-19 shot by July 4.

“My concern is that we are currently sitting on hundreds of thousands of the Pfizer vaccine that over the past six weeks we have not had the capacity to administer,” Domb said.

“Had we administered these doses when we received them we would be on track to meet the president’s July Fourth deadline. I have spent the past eight weeks trying to get answers from the health department.”

On Wednesday, Domb asked the Philadelphia Public Health Department to give Council a written plan for spending millions of federal dollars for the city vaccine distribution.

He said the plan should include a pathway for scaling up distribution at convenient drive-up and walk-up sites all over Philadelphia and an advertising and marketing campaign.

According to the Health Department, as of May 6, 249,752 people in Philadelphia have received at least one dose and 545,470 have been fully vaccinated.

Also, tied in to the city’s response to the pandemic, Council’s Committee on Global Opportunities and the Creative Innovative Economy, chaired by Councilmember David Oh, will host a hearing on reopening Philadelphia’s creative economy on Friday from 9 a.m. to 1 p.m.

During the hearing, 30 expert witnesses from Philadelphia’s diverse creative economy will explore solutions for accelerating the industry’s reopening and recovery. Among the witnesses will be representatives from the Philadelphia Orchestra, Chris’ Jazz Cafe, Philly Fashion Week and the Philadelphia Film Office.

The hearing can be viewed on Comcast Channel 64, Verizon Channel 40 and via www.phlcouncil.com/watch.

Efforts are underway to welcome tourists back to Philadelphia as the hospitality industry seeks to recover economically from the COVID-19 pandemic.

The Philadelphia Department of Public Health is easing more restrictions for restaurants as COVID-19 cases in the region continue to fall.

As homicides continue to rise, District Attorney Larry Krasner is calling for greater accountability from law enforcement and reforms that wou…