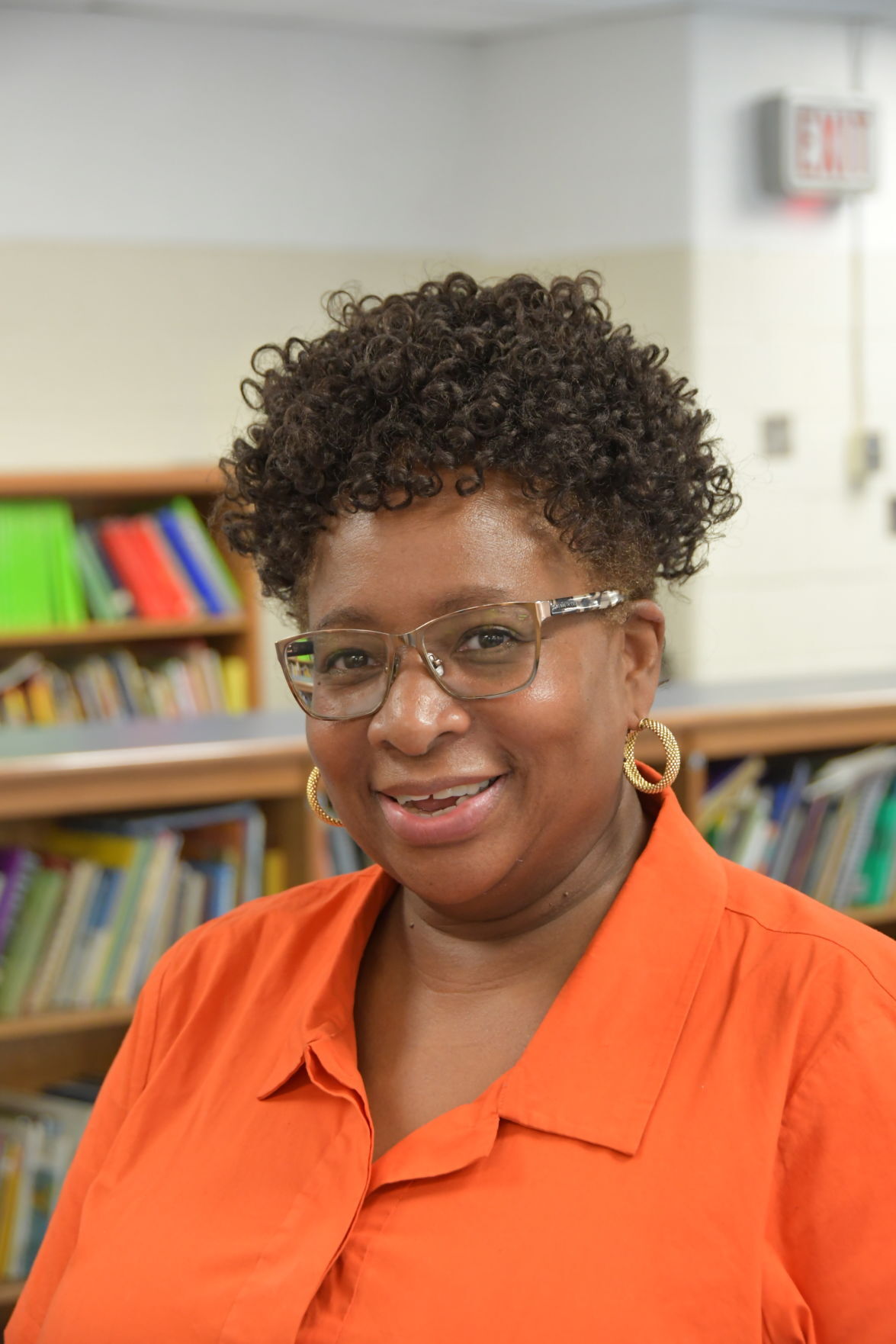 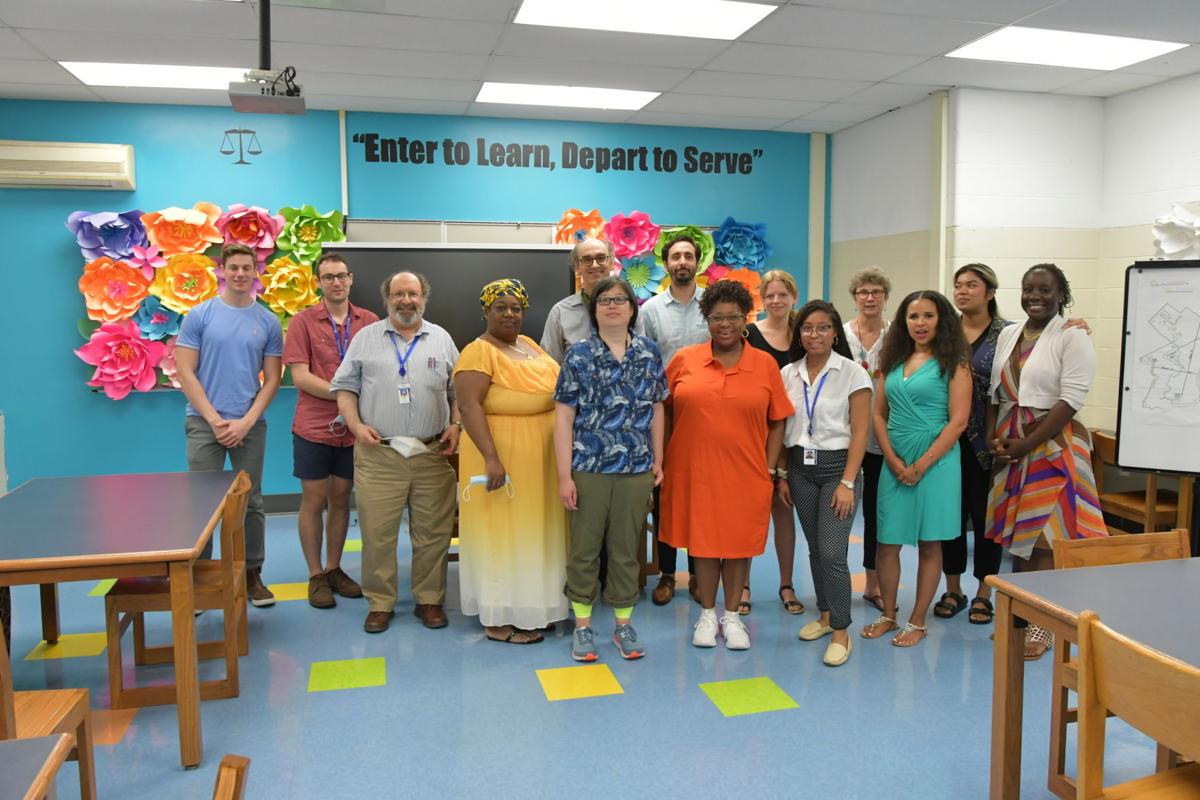 Donna Frisby-Greenwood, center in orange, stands with members of The Fund for the School District of Philadelphia and Bethune Principal Aliya Cantanch Bradley at the Mary McLeod Bethune School. 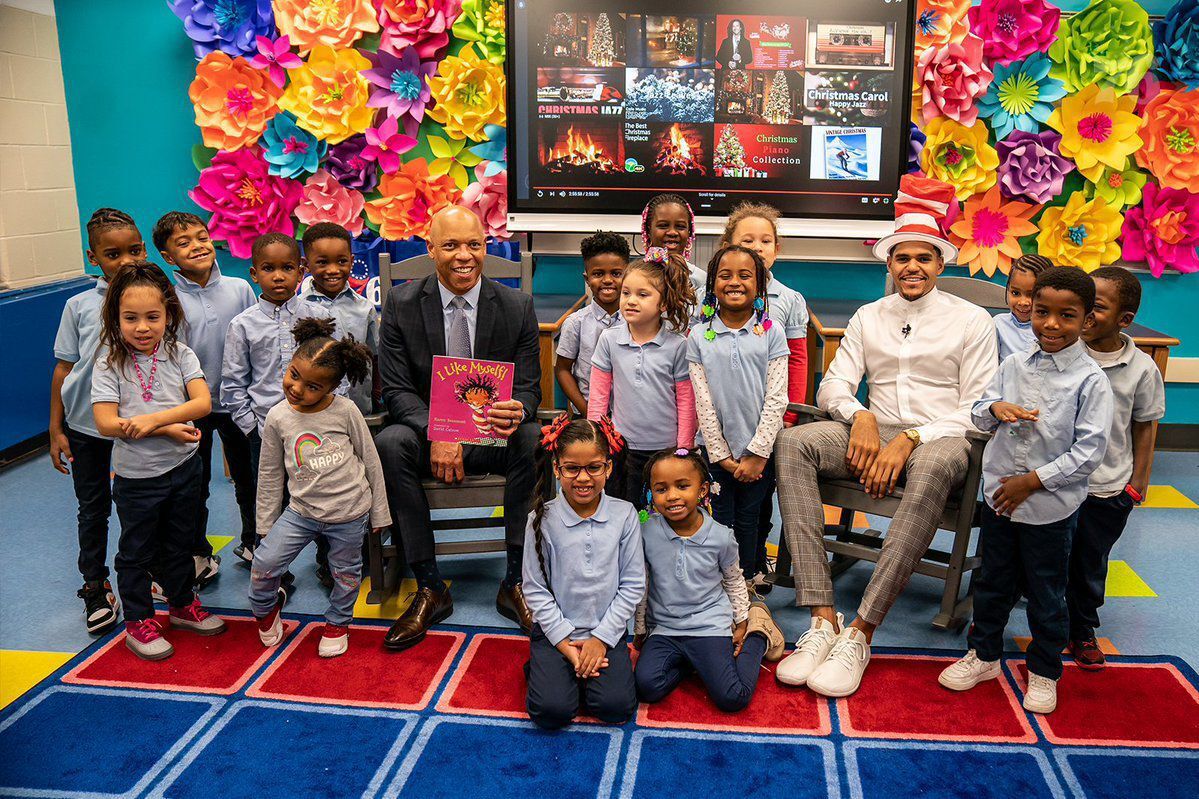 Donna Frisby-Greenwood, center in orange, stands with members of The Fund for the School District of Philadelphia and Bethune Principal Aliya Cantanch Bradley at the Mary McLeod Bethune School.

As students get ready to return to full in-person learning since the COVID-19 pandemic, the president and CEO of The Fund for the School District of Philadelphia, Donna Frisby-Greenwood, reflected on the past year and her tenure at the nonprofit that connects the private sector with the school district.

Frisby-Greenwood, who is in her sixth year with The Fund, cited significant growth from when she first re-ignited the organization in 2015 until now.

The Fund has raised nearly $32 million, launched various campaigns and fundraisers, increased its partnerships with foundations and corporations, and launched a map-based platform for donors to fund schools in the district.

But perhaps the biggest accomplishment for the Fund happened within the last year as the organization saw an increase during its 2020 fiscal year by receiving $10.8 million from 1,685 donors to support Philadelphia public school students.

“When I first started with The Fund, I was the only employee, had to build a team and develop a strategy with our board,” Frisby-Greenwood said. “Today, we have a wonderful team, strong board of directors, and great partnerships with donors.

“The partnership we have with the school district, the school board, and Dr. Hite has also been amazing,” she added. “We couldn’t have done any of this work without the support from everyone. While we’ve achieved a lot so far, we still have a lot we want to accomplish.”

School District superintendent William Hite praised the partnership between The Fund and the school district.

“From identifying corporate and civic partners to help us secure Chromebooks so our students could engage in instruction while our school buildings were closed, to creating partnerships with local businesses to add even more support to our efforts around access to nutritious meals for our families, the Fund consistently goes above and beyond to do what’s necessary to positively impact the lives of our students and their families,” Hite said in a statement.

He added, “It’s a partnership that works because we both so firmly believe in pouring into the lives of young people and creating strong foundations for the leaders of tomorrow.”

The pandemicAs the COVID-19 pandemic forced Philadelphia public schools to close and moved all instruction and learning online, many students did not have access to computers or the internet at home.

The School District of Philadelphia Board of Education initially authorized district officials to spend $11 million to buy Chromebooks for students.

“We started to talk to some of our donors and also people who have not been donors with us in the past about helping us with purchasing Chromebooks,” Greenwood-Frisby said.

“The District stressed the need for these materials as well as the urgency to obtain it, so we wanted to do what we could to help assist them with that.”

Within two months, The Fund received over $7.2 million in donations from 37 donors to purchase 35,000 Chromebooks on behalf of the district.

The donations came from local companies and organizations including $5 million from the Aileen and Brian Roberts Foundation, $2 million from Philadelphia Sixers owners Josh Harris and David Blitzer, $100,000 from Bank of America and $25,000 from Crown Castle.

“The pandemic year was our biggest fundraiser year because we raised $7.2 million for the Chromebooks and then we raised another $4-5 million for other things with the district,” Greenwood-Frisby said.

“Comcast was among our incredible partnerships during the pandemic, they helped students and families with technology for school,” she added. “Philadelphians and businesses really came together during the pandemic to support not just public education, but support families and communities in need.”

Philly FUNDamentalsEstablished in 2017, Philly FUNDamentals is a map-based crowdfunding platform where businesses and individuals can support Philadelphia public schools by designating their donations to a school of their choice for a specific project or need.

The website plots each school out on a map and donors can search the site to find a profile of each school. School profiles include a message from the principal, a description of the need, school performance, demographic information, and a link to the school’s website.

Projects range from $100 to $25,000 and include such items as playground equipment, classroom technology, and student incentives. Once a fundraising goal is achieved, the school can choose another fundraising project.

In four years, Philly FUNDamentals has raised over $1 million for schools directly. During the 2020 fiscal year, 57 schools raised money on the platform with 16 campaigns getting fully funded.

“Overbrook Educational Center was able to get a sensory playground as a result of donors giving through Philly FUNDamentals,” Frisby-Greenwood said.

“Philadelphia 76ers player Tobias Harris had been on the platform in the past and funded projects at four schools,” she added. “He continues to do some amazing things with The Fund. “The crowdfunding platform is still online and people can go to it and look at what schools need and contribute.”

Plans for the futureDespite the success The Fund has had over the last several years, Frisby-Greenwood said the nonprofit is not resting on its laurels. The Fund has already set a goal they want to accomplish in the future.

“We’ve always brought in around $4-5 million in donations a year for the school district, except for last year when we received $10.2 million,” Frisby-Greenwood said. “Our goal is to continue to be at the $10 million mark.

“We’re developing a growth plan and we’re looking at what we need to do at The Fund to make that happen,” she added. “We want to continue to support the district and provide the best opportunities for our students and families now and in the future.”