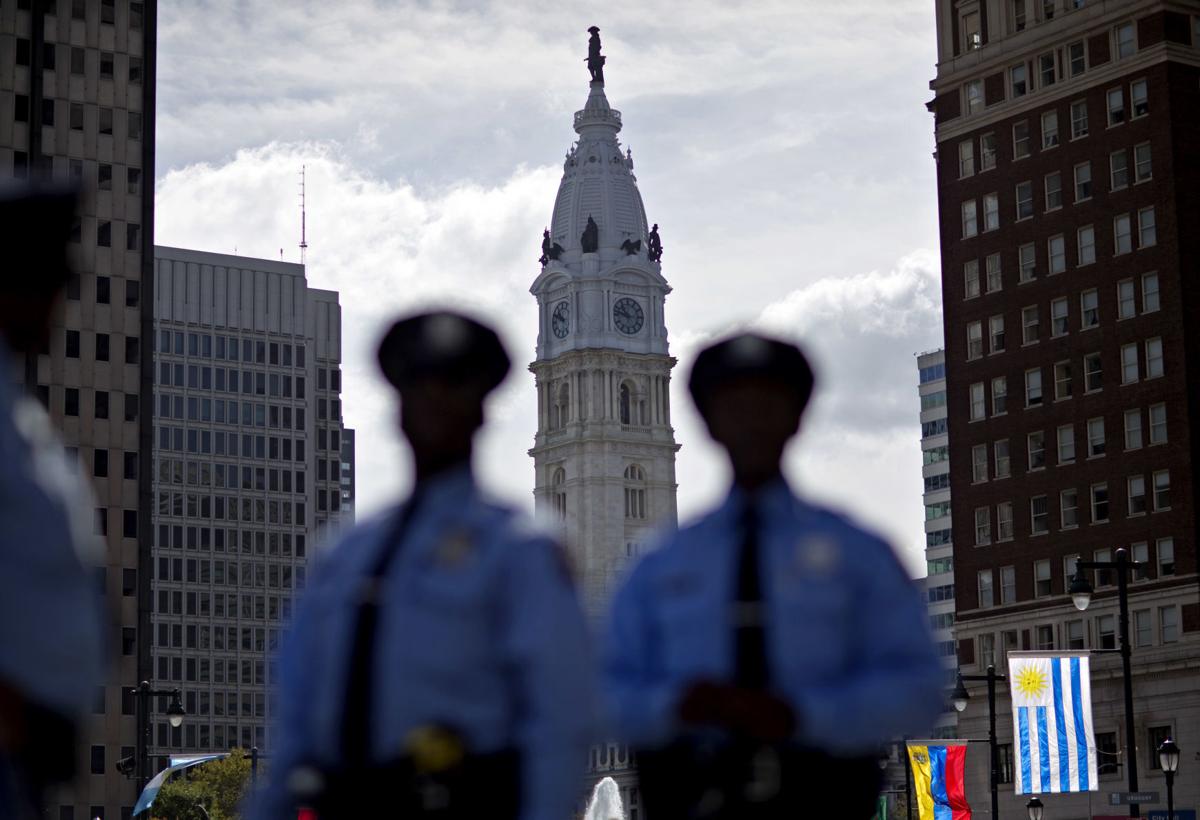 Police stand along Benjamin Franklin Parkway as City Hall stands in the background. 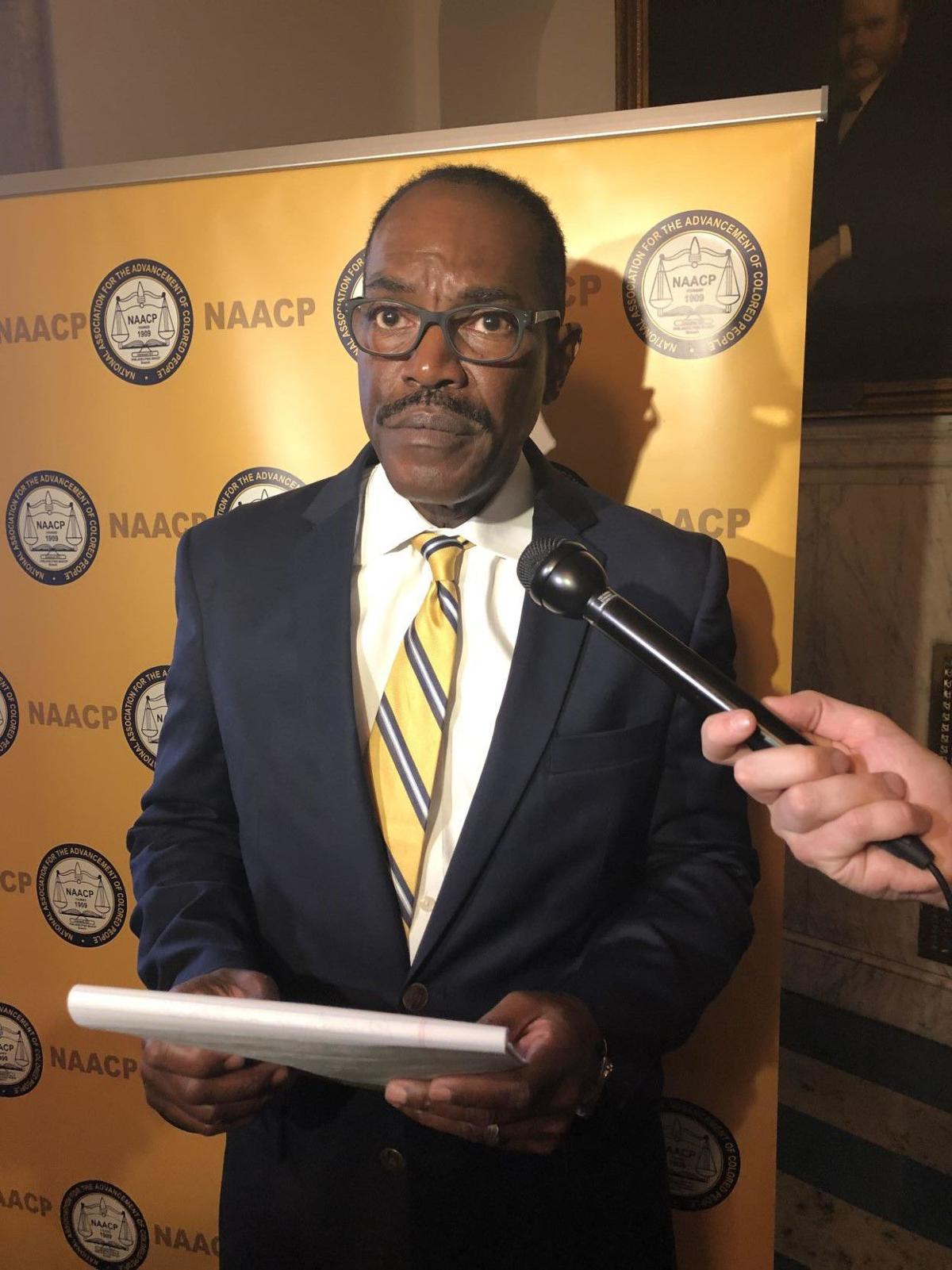 Police stand along Benjamin Franklin Parkway as City Hall stands in the background.

Ten Philadelphia police officers have been taken off the streets and placed on desk duty while the Philadelphia Police Department investigates thousands of Facebook posts made by more than 300 officers that a group of researchers flagged as racist, violent or otherwise offensive.

And more officers could be placed on desk duty as the investigation continues.

“First, we must verify independently that the officers identified in the report actually made the comments attributed to them, many of which I find deeply disturbing and upsetting,” Police Commissioner Richard Ross said in a statement. “But to be clear, those officers that we have identified that appear to have engaged in explicit bias against any protected class of individual or who advocated any form of violence, will be immediately removed from street duty during the course of the investigation.”

Ross announced on Thursday that the police department is bringing in an outside law firm, which he did not identify, to assist with the investigation.

City and state leaders on Thursday called on officials to share their findings and take disciplinary action — and even fire officers — if the investigation shows officers actually wrote the posts.

“It is important that a clear message be sent to the general public that the Philadelphia Police Department will not tolerate racial discrimination in any form,” state Rep. Stephen Kinsey, chairman of the Pennsylvania Legislative Black Caucus wrote in a letter to Ross on Thursday.

“Through their comments, these officers demonstrate a disdain for the very people they have sworn to serve and protect and illustrate an inability to properly perform their duties as a result,” the Mayor’s Commission of African American Males said in a statement. “We are deeply troubled by the online conduct of current Philadelphia police as alleged by the Plain View Project.”

Ross said police department leaders must consider First Amendment protections as they review the Facebook posts, but also said many of the posts “were not constitutionally protected by the First Amendment.”

“When a police officer’s expression of his or her opinions erodes the police department’s ability to do its job and maintain the public’s trust, the department is permitted to act, including disciplining officers when the circumstances allow for it,” Ross said.

In the posts, it appears officers said suspects — often Black men — “should be dead” or “should have more lumps on his head.”

Officers apparently frequently referred to Black people as “animals” and said they “should be taken out back and put down” or locked in cages. Officers appeared to advocate shooting suspects on sight and using cars to drive over protesters. Some officers also appeared to praise white supremacists.

In other posts, officers appeared to joke about raping and beating women.

The posts were compiled by the Plain View Project, a research project started in 2016 by a team of Philadelphia attorneys. The project also looks at Facebook posts made by police officers in seven other cities, including York, Pa. The posts came to light last weekend.

District Attorney Larry Krasner announced earlier this week that his office was reviewing the posts and might add some of the officers to his office’s list of police officers it would not call to testify in court.

“The NAACP takes the position that private views stored up in the head of one is one thing. But when you air your views on public platform as a public servant that is, number one, inexcusable, and, number two, it’s unacceptable,” said NAACP Philadelphia Chapter President Rodney Muhammad during a press conference at City Hall on Thursday morning.

“These revelations send a clear signal that we, people of color and other ethnicities different from these police officers, are not safe,” Muhammad continued. “They represent what the NAACP calls ‘cruel intentions.’ We take the position where human life is not valued, you’re telling us that your approach to human beings will be dehumanizing. Therefore, it is the NAACP’s position that when these officers are investigated, and if they are found to be guilty of these things, these officers should be terminated.”

At noon on Friday, WURD radio station host Solomon Jones will lead a “Rally for Justice” at the Police Administration Building that will focus on the the social media posts.

“It’s a good day for a chokehold,” one officer wrote. Another equated Black people with dogs. Still another compared women in hijabs to trash bags.

Those Philly police with offensive Facebook posts? Some have a long history of complaints