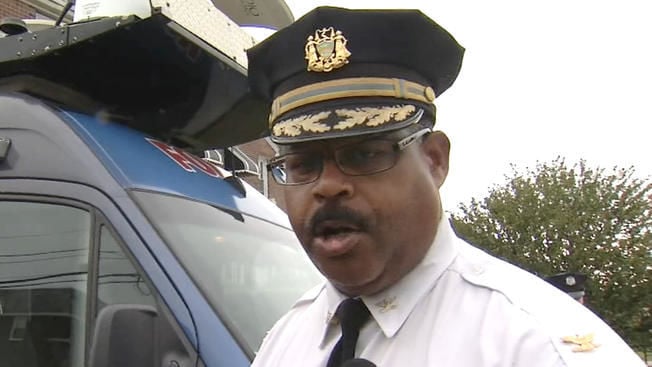 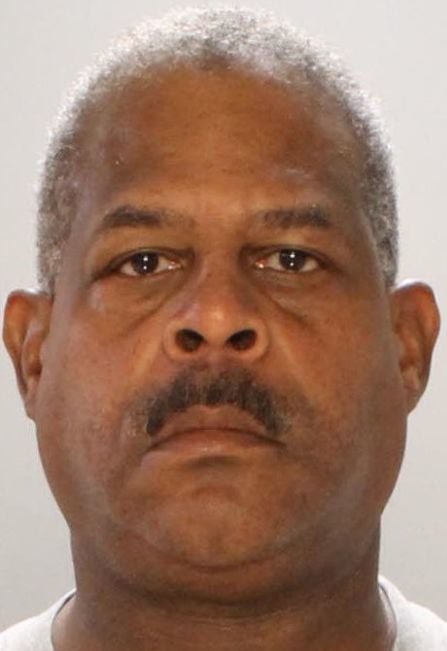 A Philadelphia police inspector has been charged with sexually assaulting three officers following a grand jury investigation that found the accusers faced reprisals on the job.

Carl Holmes, 54, is accused of assaulting at least three female police officers since 2004, according to Acting Police Commissioner Christine Coulter. Holmes faces 12 charges of sexual assault against officers. The three female offices are no longer on the force.

Holmes was arrested and immediately suspended on Thursday morning with the intent to dismiss in the next 30 days.

“We’ll see what happens in court, but he’s gone as far as we’re concerned and we don’t expect him back, no way,” Mayor Jim Kenney said.

It was not clear Thursday if Holmes had retained a lawyer.

Mike Neilon, a spokesman for the Fraternal Order of Police Lodge No. 5, said the union would not provide Holmes with legal counsel. Union leaders otherwise declined to comment.

“Based on the little that I know that the complaints were Philly police officers, it’s just sickening that any woman or any officer would ever be subjected to something happening to them that should never happen whether in the workplace or in society,” Coulter said during a Thursday press conference.

The accusations against Holmes are the latest in a series accusations of sexual assault and sexual harassment that have plagued the Philadelphia Police Department — accusations that forced Police Commissioner Richard Ross to resign a few months ago.

Critics say they’re representative of the culture of the police department.

A spokeswoman for the Philadelphia District Attorney’s Office said it could not release the grand jury presentment against Holmes, which has been heavily redacted.

However, the DA’s office released a statement summarizing the accusations.

Holmes allegedly used his position at the Philadelphia Police Department training academy and his rank as a senior officer, “presenting himself as a safe resource or mentor,” to develop relationships with new recruits and young female police officers, the DA’s Office said.

“According to the presentment, in two instances, when junior female officers came to Holmes for the guidance and mentorship he offered, he came on to them, and against their will and without their consent kissed them, fondled their breasts, and digitally penetrated their vaginas in a Philadelphia Police Department office. In another incident, the grand jury alleges that a third complainant was encouraged by Holmes to join his elite task force. Three days after joining the unit, the grand jury alleges that against her will and without her consent she was also kissed, groped, and digitally penetrated by Holmes,” the DA’s Office continued.

“According to the presentment, Holmes’ position as a high-ranking officer at PPD insulated him from any meaningful investigation; all three of the young female police officers were subjected to investigations by the Internal Affairs Division of PPD after reporting sexual assault or sexual harassment allegations. The grand jury alleges that PPD culture discourages reporting a fellow officer, especially a boss.”

Holmes’ arrest on these charges brings to an end a 29-year policing carer that is dotted with incidents of impropriety that did not prevent him from climbing the ranks.

In 1992, just two years after Holmes joined the police department, he was suspended by then-Police Commissioner Richard Neal for assaulting a man with a kidney condition while the man was urinating in an alleyway. Arbitrators reduced his suspension.

In 2008, Holmes was demoted from inspector to captain under then-Commissioner Charles Ramsey following an internal investigation that determined that Holmes had consensual sex inside a police vehicle.

Top brass at the time dismissed Holmes’ history of harassment.

“Chief Holmes is more than qualified to lead this position, and Commissioner Ramsey has the utmost confidence in his ability in working to keep our kids safe. Furthermore, none of those issues involved children in any way, shape or form,” Lt. John Stanford, a former police spokesperson still with the force, told the Tribune in 2013.

Two years ago, the city paid $1.2 million to settle a sexual harassment lawsuit filed against Holmes by former Philadelphia police officer Michele Vandergrift. She alleged that Holmes had assaulted her back in 2007.

Problems in the PPD

Nine female officers have sued the Philadelphia Police Department over sexual harassment or discrimination since the start of 2018, court records show.

And a WHYY analysis of court filings and complaints filed with the Equal Employment Opportunity Commission found that, “since 2007, the city has settled at least three dozen federal lawsuits with female police who allegedly suffered some form of sexual, racial or gender-based misconduct on the job.”

Between 2007 and 2019, that amounted to more than $2.3 million in taxpayer-funded payouts — about a quarter of all the employment-related settlements, according to city records.

“Although female officers account for just 27% of the city’s police force, more than half of all legal settlements paid by the department during this time went to female plaintiffs,” WHYY reported.

In August, Ross stepped down after two female police officers filed a federal lawsuit alleging that he and other leaders in the department ignored their sexual harassment, and gender and racial discrimination complaints.

Officer Jennifer Allen and Cpl. Audra McCowan accused Ross of failing to stop supervisors from making lewd remarks, unwanted sexual advances and touching them without consent. McCowan, a 15-year veteran who claimed in the lawsuit that she dated Ross, resigned this month rather than return from a stress-related medical leave, saying she felt ostracized and feared further retaliation.

Coulter, the first woman named to lead the city’s police department, was also named in suit announced earlier this year.