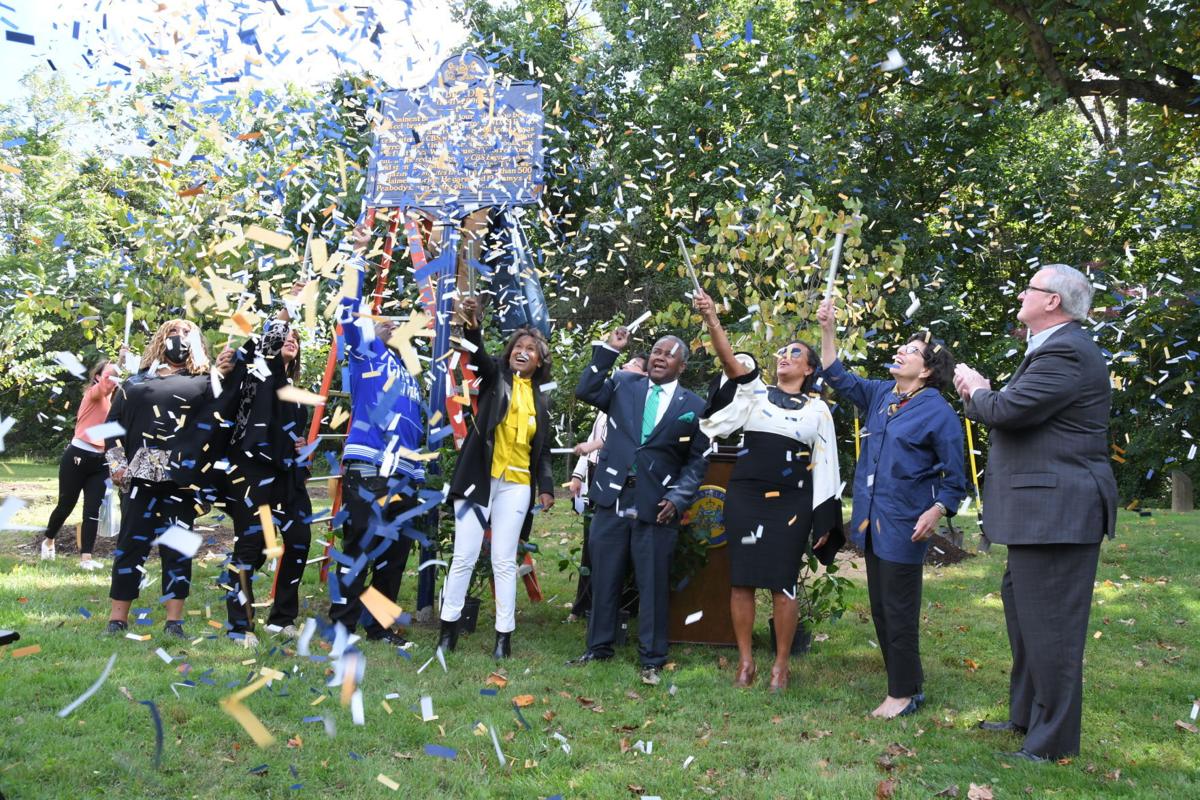 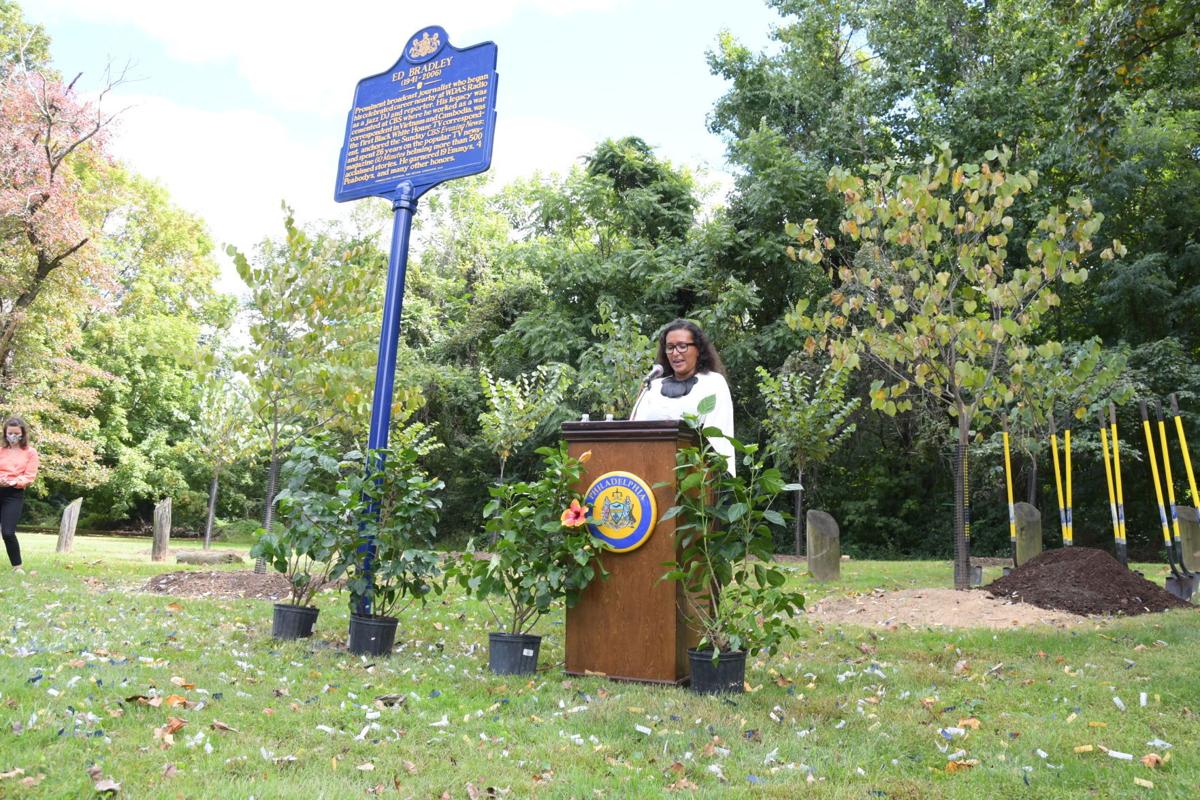 Patricia Blanchet leads a tribute to her late husband, Ed Bradley, sharing some of her fondest thoughts and memories of the iconic journalist. —TRIBUNE PHOTOs/ABDUL R. SULAYMAN 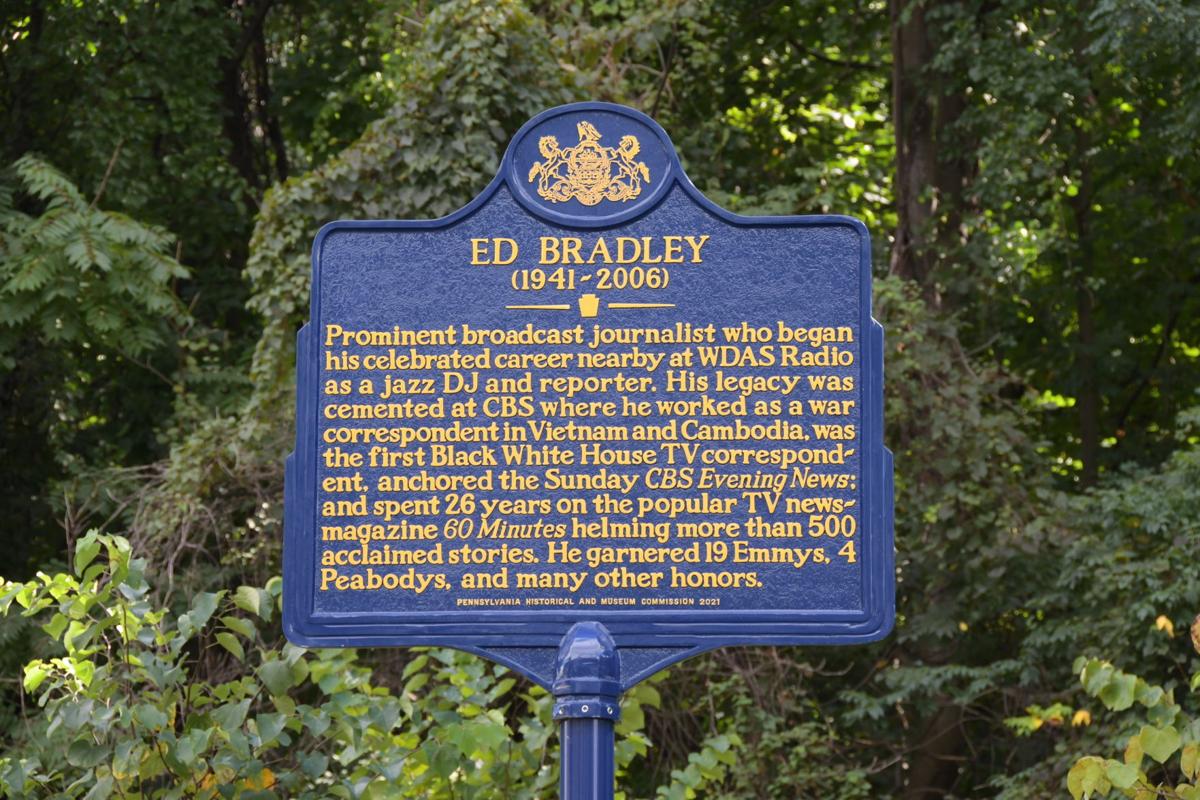 The historical marker recognizing Ed Bradley’s life and legacy is at the southeast corner of Belmont and Edgely avenues in Fairmount Park. 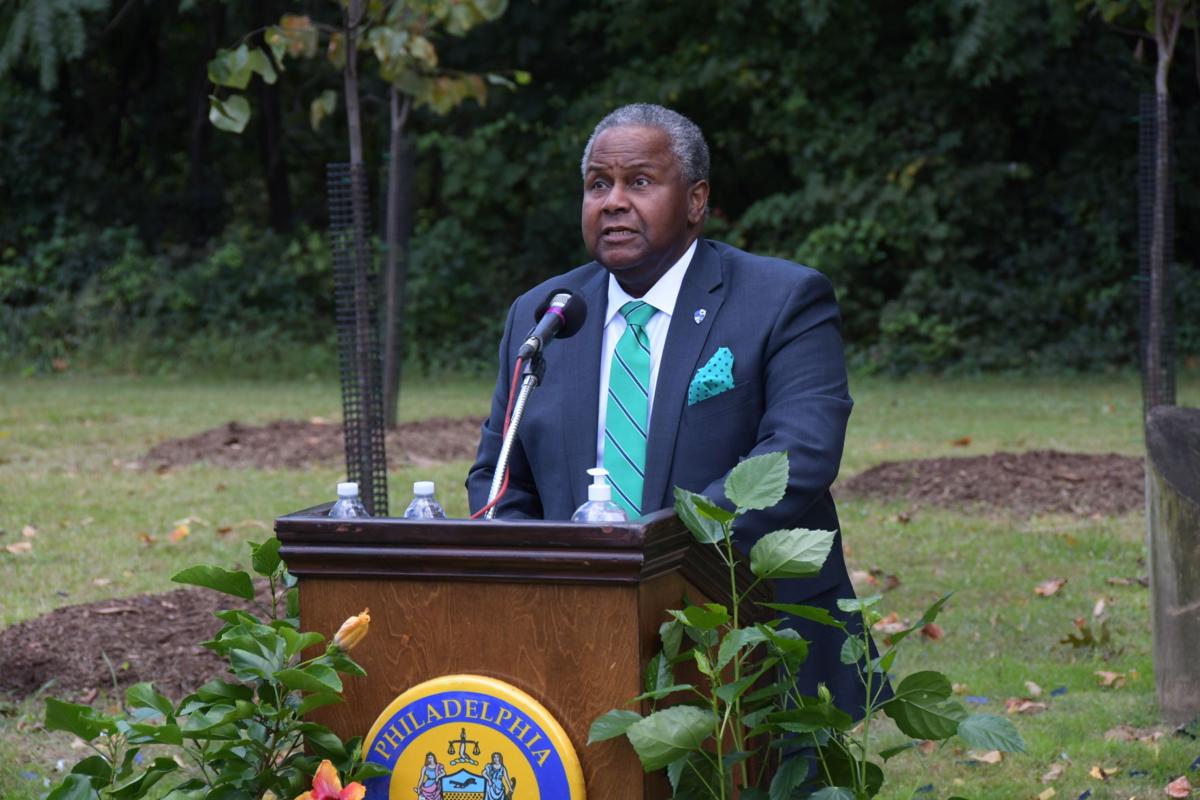 Patricia Blanchet leads a tribute to her late husband, Ed Bradley, sharing some of her fondest thoughts and memories of the iconic journalist. —TRIBUNE PHOTOs/ABDUL R. SULAYMAN

The historical marker recognizing Ed Bradley’s life and legacy is at the southeast corner of Belmont and Edgely avenues in Fairmount Park.

A historical marker was unveiled Thursday in West Fairmount Park in honor of the late award-winning journalist and Philadelphia native son, Ed Bradley.

Bradley was a renowned journalist most known for his work as a correspondent on the CBS News program “60 Minutes.” He received dozens of prestigious awards in journalism, including Emmys, Duponts and Peabodys.

A “humble giant,” is how her late husband was described during the ceremony in West Philadelphia.

Those who knew Bradley recalled him as a modest, professional and unpretentious man.

Blanchet led a loving tribute, sharing some of her fondest thoughts and memories of the iconic journalist. She said he never forgot where he’d come from.

“He never forgot that he was from this place called The Bottom, known as the Black Bottom at one point in time,” said Blanchet.

“When I learned of his history here (in Philadelphia), it was much more than a place where he was from, but a place that shaped him into the man he’d become,” Blanchet said.

Blanchet also shared how Bradley’s upbringing in the once unique and close-knit community called the Bottom contributed to the level of integrity, grit, hard work, excellence and intelligence that he brought to the profession of journalism.

Brooklyn resident LeRoy McCarthy of Heterodoxx Inc. was the initiator for the Ed Bradley Historical Marker.

McCarthy has also led other initiatives to preserve Bradley’s legacy including a mural dedicated in 2018 and a street co-naming initiated in 2015.

Bradley (class of 1964) and McCarthy (class of 1992), are both alumni of Cheyney University of Pennsylvania, the oldest historically Black college in the nation.

McCarthy said he was inspired to lead the project because Bradley had been influential in his life and it was important to preserve his legacy.

“Ed Bradley and I are both graduates of Cheyney University. He inspired me while I was there and was the keynote speaker at my graduation in 1992,” he said.

“His words echoed from graduation on, even while at Cheyney and even before Cheyney and into the future. This sign will attest that his legacy will carry on. I’m just happy to be here,” McCarthy said. “I’m not a man of many words but I’m a man of action. Someone who gets the job done,” he said.

The historical marker is at Belmont and Edgley avenues, not far from the radio station where Bradley began his broadcast career at WDAS on Edgely Avenue.

Radio personality Patty Jackson was also a guest speaker during the reveal of the marker.

She spoke of the significance of the marker’s location since it’s just up the street from where WDAS was when Bradley worked there.

“That’s where the radio station was,” Jackson said. “And where Bradley started his career as a jazz DJ and a newsman.”

After a brief tenure as a Philadelphia public school teacher, Bradley began his career in journalism on the radio at WDAS.

“It just became so remarkable in the city because so many people tuned in to WDAS because they wanted to know what was going on, what was happening in our communities and surroundings. And to see that there was Ed Bradley followed by so many other great journalists like E. Steven Collins and Kent St. John. He ushered in a new era of newsmen,” Jackson said.

“There was a deep pride that we took within us as we saw him go on as the White House correspondent, do ‘60 Minutes’ and seeing him thrive in his career. The legacy he left will never ever be forgotten,” said Jackson.

Bradley would have turned 80 in June 2021. He died in November 2006 at age 65 of complications from lymphocytic leukemia.

In addition to the historical marker, a grove of nine trees (seven Redbud and two Whitebud) has been planted in the surrounding area to further enhance Fairmount Park.

“This is an important day for the commonwealth,” Moses said.

This marker is one of 2,600 markers throughout the state of Pennsylvania.

“Each one celebrates the people, places and events that make Pennsylvania so very special,” Moses said.

Hughes recognized Bradley’s impact on journalism and the world in his remarks.

“Ed led the charge in his own fearless way,” the state senator said. “Covering news at a level of integrity that a few others have achieved.”

Ed Bradley has returned to his childhood home in West Philadelphia in the form of a mural. The 2,077 square feet artwork was designed and pain…